Learning to Drive on the Autobahn 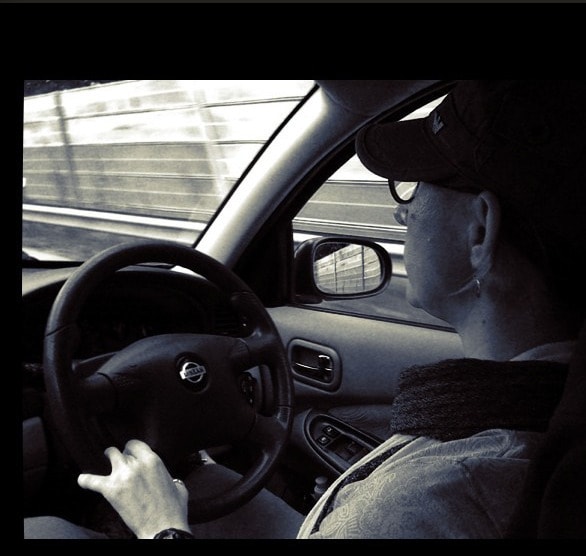 Looks who's behind the wheel...on the autobahn

This was it – one of the main reasons I took on the Mongol Rally in the first place.Â  I had been scared to drive in foreign countries on 4 wheels for a very long time now – but that was about to end.Â  We left Brussels and I took the wheel for the first time.Â  There were so many things to think about, I didn’t really have a chance to be scared.Â  Shifting with my left hand, driving a right-hand drive vehicle on the ‘wrong’ side of the road, where were my windshield wipers, the center mirror was now on my left, and to top it off I had to deal with round-abouts!Â  It really is a lot of change to deal with at once.Â  But you just have to do it…so I did.

We left Brussels and headed towards Germany.Â  It was really exciting to think that everything between Belgium and Mongolia would be new to me…new countries, new cultures, and new driving rules.Â  The driving was a bit touch and go at first.Â  This is one time where I totally encouraged back seat drivers as it totally was a team effort at first to get me going.Â  One of the hardest things for me to get used to was the GPS unit and trying to figure out how to understand it’s instructions.

The last time I owned a car was in 2003 – there were no GPS units in cars then, so I’m not terribly comfortable with utilizing them. But with the help of my team I was able to manage – and only took one wrong turn!

When you introduce all of this change into your brain – it wants to fall back on old habits.Â  I kept first trying to reach instinctively for the gearshift on the right side and would slam my hand into the door which would jolt me back into remembering it’s new placement in the car on my left side.Â  My eyes instinctively went to my upper right looking for my rear view mirror…but it wasn’t there.Â  The weirdest thing is that my feet seemed to forget where to go on the peddles and I had to really remind myself where the clutch was (even though all the peddles are still in the same place in any type of car). To top things off – it was pouring rain and I had to figure out where the wipers and gadgets were!

But I did it.Â  And it felt like a huge accomplishment.Â  Check.

As I sped into Germany it was a great feeling reaching my 39th country since turning 30.Â  Plus – I was driving there on the autobahn which made it even that much more exciting.Â  Especially when cars would zip by us as if I were going 10mph. 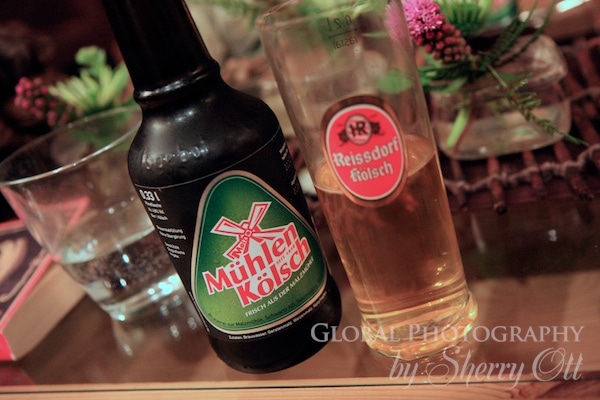 We were invited to Cologne Germany for the night by our friend Melvin and his family.Â  Melvin runs the popular travel tips website TravelDudes – so it was a treat to get to finally meet him in person.Â  Once againÂ  we were welcomed with a bottle of champagne.Â  I seriously could get used to this!Â  After our toasts we sat down to a feast of pasta and salad and of course lots of German beer. Melvin and his wife were amazing hosts – ensuring we had plenty to eat and drink, snacks for the car, and plenty of power to charge all of our devices!Â  Clearly the first two days of the rally we were spoiled.Â  But I’ll take it whenever I can get it!Â  The only thing that doesn’t seem to be cooperating is the weather.Â  It was so cold in Germany that Melvin had a fire going and we all huddled around it trying to get the damp cold out of our bodies.Â  But quite frankly, it’s just how I imagined Germany; beer, warm fires, heavy food, great people.Â  So much for losing weight on this trip. 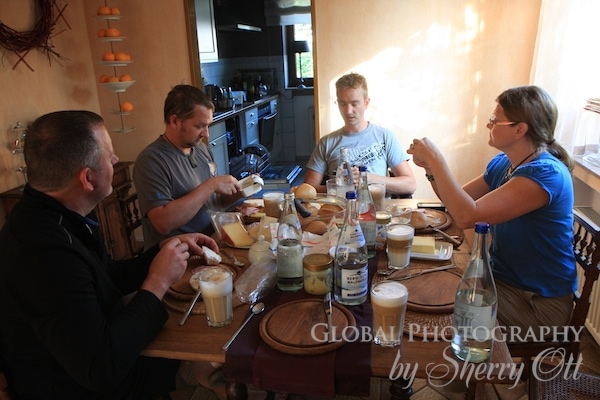 German Breakfast spread with our host Melvin from @traveldudes 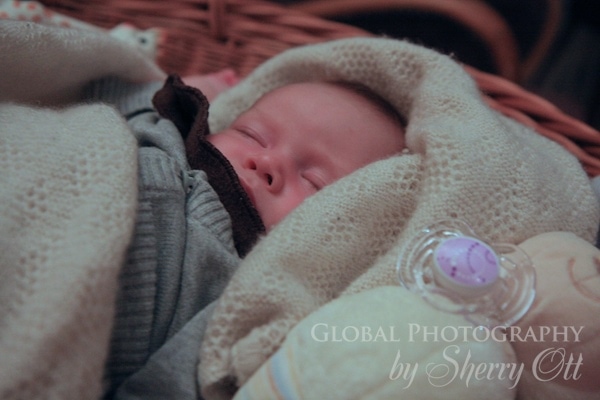 I told Melvin I didn’t want to ever leave.Â  His response which seemed very German to me, “You have to leave… Mongolia is waiting for the super-duper-bloggers!”

11 Responses to "Learning to Drive on the Autobahn"