The End of The Road – Mongol Rally 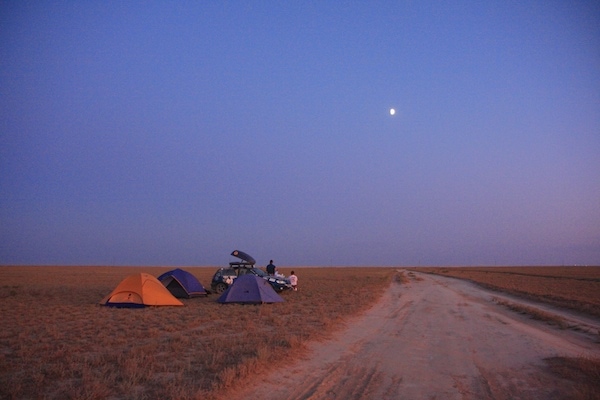 Camping after a our roads disappeared

After camping without much preparation the night before, all the teams got up, took down camp, and drove into the next town, Atyrau, where we promptly used my Lonely Planet digital guide to point us to a restaurant with breakfast. We were all starving, and the restaurant served a proper English breakfast. We inhaled it all and all of the North Americans at the table had two cups of coffee while the English sipped on their tea.Â  Love the cultural differences!

We ran other errands in town to get all of our proper camping supplies and left the other teams behind to press on. I took over driving, a bit nervously since the roads hadn’t been very good. However, I lucked out and got super roads…new and smooth, with lines. What more could you ask for? We sped along making better time then expected UNTIL….Makat…and then all hell broke lose on the roads. 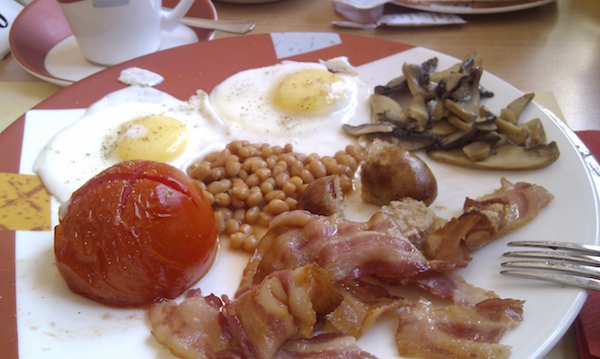 It was as if Satan himself was reaching up from underneath the road, causing it to buckle and deteriorate. Ruts made us bottom out on our little car, and we were forced to dodge potholes and oncoming trucks. I was working up a sweat of nervous excitement behind the wheel. But when the road disappeared completely into a mud track around a big industrial building, we could hardly believe it. We checked with locals over and over again, “THIS is the road to Aktobe?” pointing in the direction of the dirt field. “Da.” I didn’t know much Russian yet, but I did know that “Da” meant “Yes.”

So we pressed on, into the unknown where there were no roads, just a dirt field. This was the beginning of the end…of roads as we know it.

Learn how to follow us on our journey via social media
How to donate to our charity – the Christina Nobel Foundation – we are still collecting donations along the way!
This post brought to you by Cailin and Candice of Social Media Atlantic Canada. Check back in for more Mongol Rally stories!

3 Responses to "The End of The Road – Mongol Rally"