Teaming up in Volgograd – Mongol Rally 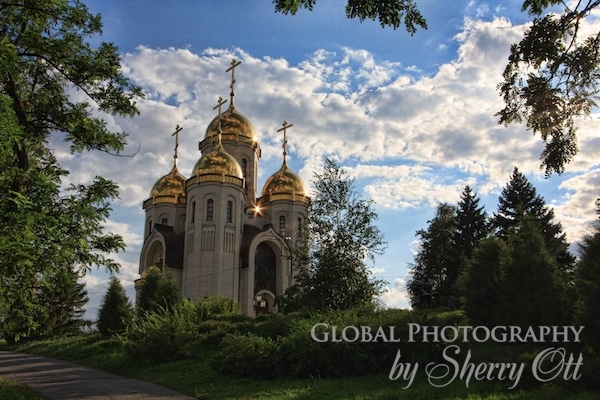 The churches in Russia are stunning...they even twinkle!

As we rolled into Volgograd (the former Stalingrad) it was filled with boxy cement architecture and crazy drivers. We stayed near the town center in an apartment sponsored by Roomorama. Itâs always interesting to get to see the insides of these buildings that look a bit depressing from the outside.

The apartment had itâs quirks, but at least it was a place to do laundry and stock up for our next leg of travels into the much less populated countries on our itinerary. We used the time to review our routes and stock up on camping food. Of course as I looked at our 3 bags of food I wondered where in the world we could fit all of this in our already stuffed car. But where thereâs a will, thereâs a way!

We put out some messages to other rally teams on facebook and twitter to determine what the road conditions were like going forward and made a plan A and plan B for Kazakhstan and Uzbekistan. One of the wonderful things about the rally is that the teams really do band together an help each other â itâs necessary for survival.

This seems to be when many of the convoys begin as we enter into Central Asia â thereâs certainly safety and support in numbersâ¦plus â itâs people to drink and commiserate with!Â  After Russia we would be without our Compe GPS any longer…so extra people to read the map is always welcome!

There were many teams in Volgograd – in fact in some ways it felt like we invaded the town – or at least the few hotels in town! 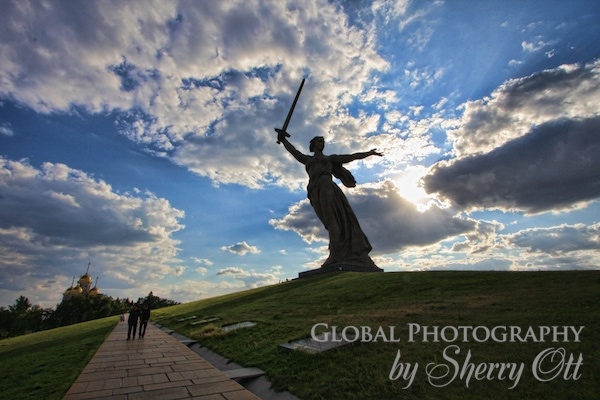 In between socializing with other teams, shopping, and map reading â we had time to go visit the main tourist site in Volgograd âMamayev Kurgan (Mother Russia statue). The park with the monument is a memorial complex commemorating the Battle of Stalingrad (August 1942 to February 1943). The battle was a decisive Soviet victory over Axis forces on the Eastern front of World War II. At the time of its installation in 1967 the statue named The Motherland Calls formed the largest free-standing sculpture in the world.Â  The memorial was spectacular complete with a changing of the guards, an eternal flame, and the names of all of the people who died in the battle in mosaics on the walls.

The statue itself is aÂ  gianormous structure that apparently is like the leaning tower of Pisa â gravity is working against it and it may actually fall one day. I was happy to snap these photos now while itâs still standing!

One Response to "Teaming up in Volgograd – Mongol Rally"