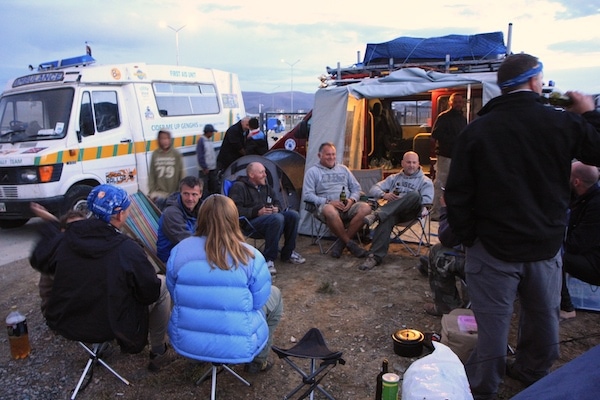 Stuck at the border…nothing to do but socialize!

I had been looking forward to the Mongolia portion of the trip not only because it was the most adventurous and uncertain, but because I expected it to be the most social. Prior to this, rally teams were spread out all over Europe and Central Asia and about 75% of them would funnel through this Russia-Mongolia border, many meeting for the first time. This is where the trip really changed and became more of a group effort.

As we waited at the border overnight for our car paperwork to get sorted out, teams started to bond. It sort of segregated into ages â the old and the young. I donât need to tell you which group we were in! We quickly befriended a couple of teams and set up camp around their pimped out rally vehicles. The Sign Up Team (whoâs tagline is – Embracing the spirit of adventure, or having a mid-life crisis?? ) and Cider Me Up Ghengis were driving in the lap of luxury compared to our little Nissan. They had an ambulance and a conversion van complete with tarps that formed extra rooms, extra battery power, outdoor lights, 4 burners on their camp stove, and even a huge flag of Mongolia to flying high! We know how to pick friends! We had actually met the Cider Me Up team while driving through Kazakhstan one day and were thrilled to be reunited with them again. 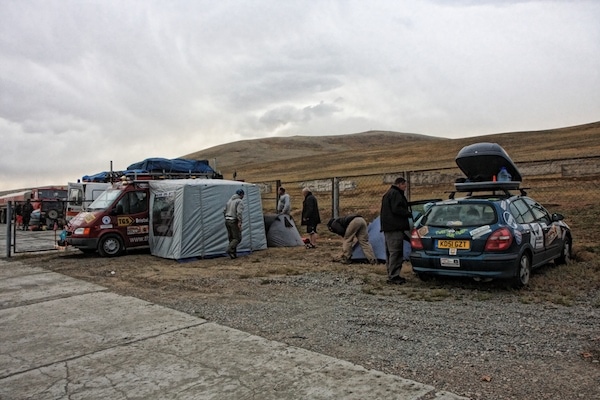 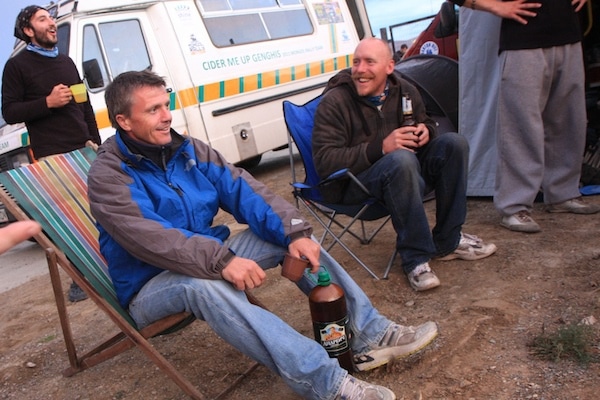 Teams bond at the border

They even had a Shit Boxâ¦no lie. A little cardboard box that came in a brown nylon backpack and folded into a cardboard toilet with little plastic baggies for capturing the shit. Not to be outdone the Italian team came and showed off their homemade toilet solution. I honestly thought both were a gag until the next morning when I saw the Italian walking off into the field with his homemade toilet, reading material, and a shovel. 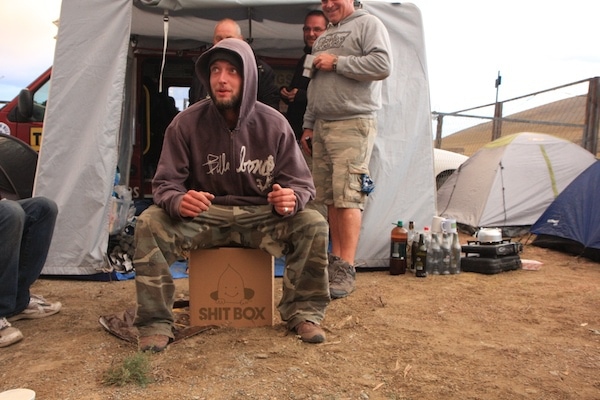 Chris from Cider Me Up showing off his shit…

The overnight at the border was like a melting pot of fun. Germans, Italians, Brits, Australians were all bonding over beer and food. One of the guys referred to as âChefâ cooked up a noodle extravaganza and the teams shared food and drinks all swapping stories of Central Asia and car breakdowns. 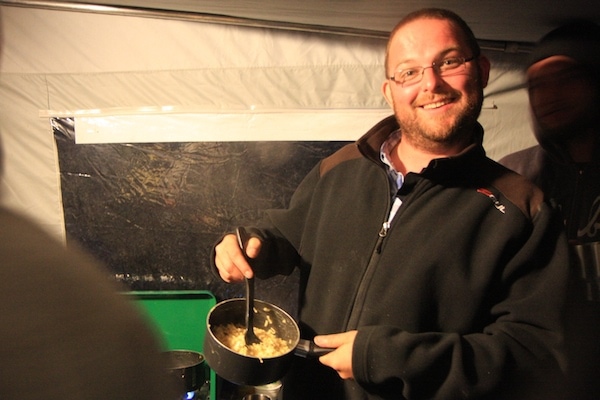 “Chef” with his gourmet camping dishes 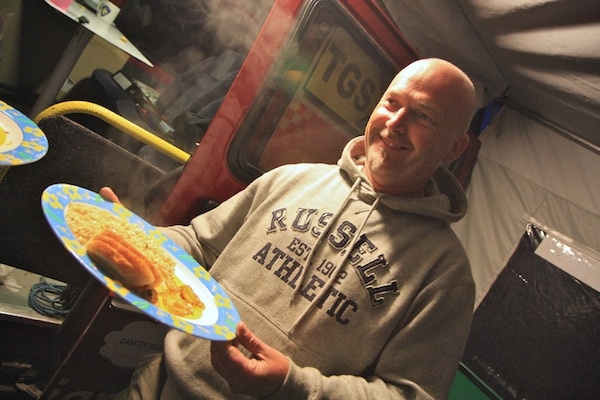 I had planned on simply sleeping in the car that night as I was too lazy (and drunk) to set up the tent, but the Sign Up team insisted I sleep in their van where I could at least lay down on the floor. John from Carry On To Mongolia even gave me his fancy blow up mattress to sleep on since he was planning on sleeping in his car that night. I felt like I had the 5 star treatment!

The camaraderie had begun at the border and I was excited to see how it developed as we all drove through Mongolia!