Whatâs it all for? 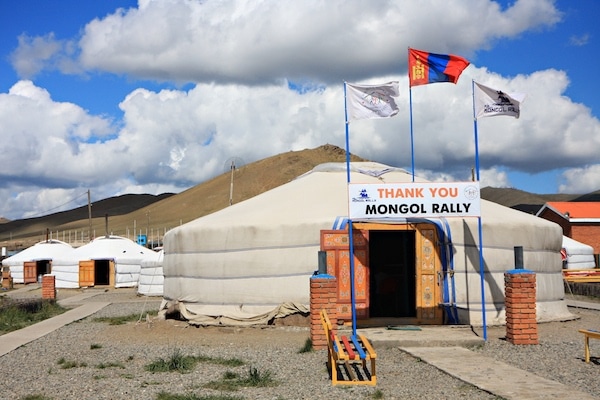 A big welcome at teh Blue Skies Ger Village

As much as participating in the Mongol Rally was to satiate my need for adventure and something different â it had another purposeâ¦a big purpose. 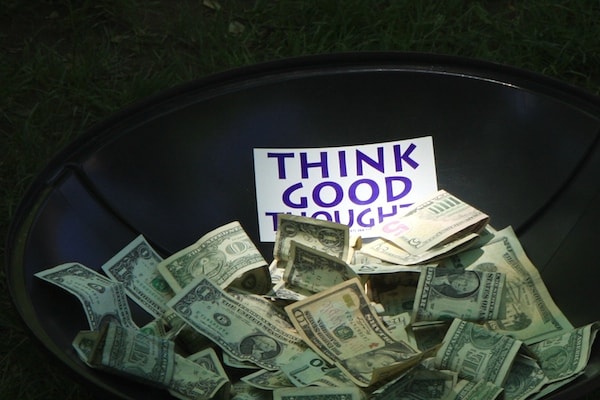 These are some of the children who live at the Christina Nobel Foundation Blue Skies Ger Village in Ulaanbaatar, Mongolia. It serves as a sanctuary for homeless and abandoned children in Mongolia. It has been developed to address the specific needs of the many children who find themselves in these difficult circumstances in Mongolia.

After arriving at the finish line our first goal was to take a much needed shower and have loads of vodka to celebrate our accomplishment. But the day after our rally partying and subsequent headaches we scheduled a visit to the Ger village so we could go see the village and kids we actually drove 8,500 miles for. The village was located outside of Ulaanbaatar. As we drove out of the main part of town the traffic became less, the surroundings started to deteriorate, and the roads slowly turned to dirt which left us dodging potholes again. After 25 minutes we came to a brightly colored wall and inside were approximately a dozen gers and about 70 children and mothers. The children range in age from 2 to 24 years old. Each residential ger is staffed by a Ger Mother, often a single parent and/or formerly homeless herself, who creates a loving home for the children.

We were given a tour of the facilities with shy children peaking out of their gers and taking notice of the group of ralliers. The more we walked around the shyness melted away and soon they were following us around urging us to play basketball, Frisbee, and take pictures. 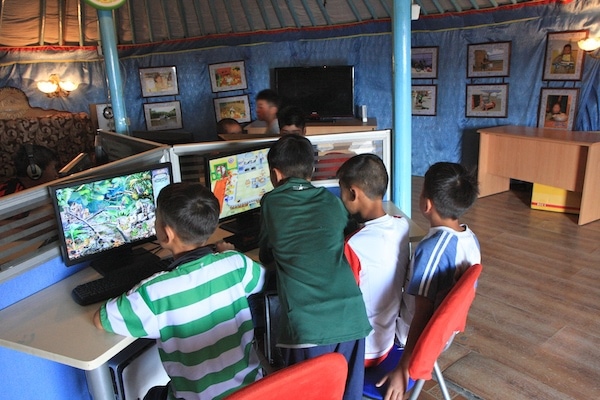 Kids work and play in the computer lab/ger 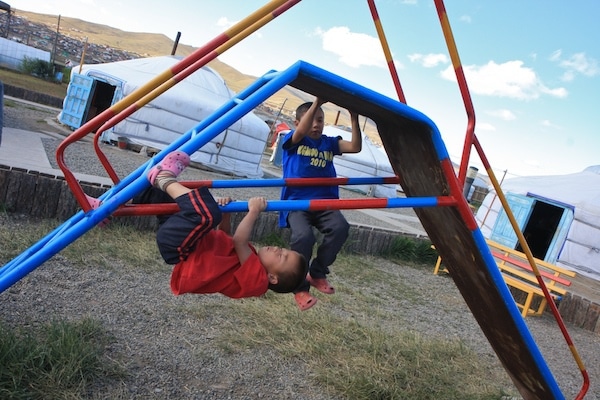 Kids get plenty of exercise at the village 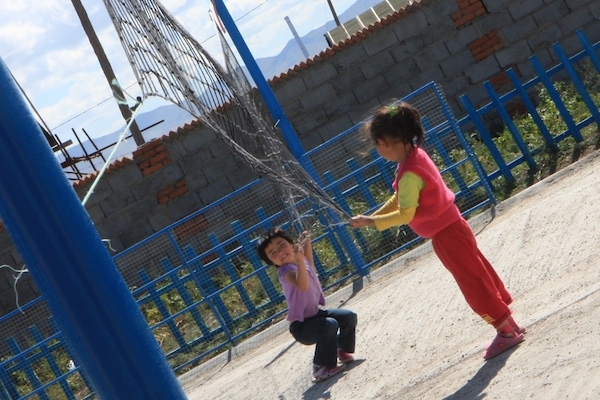 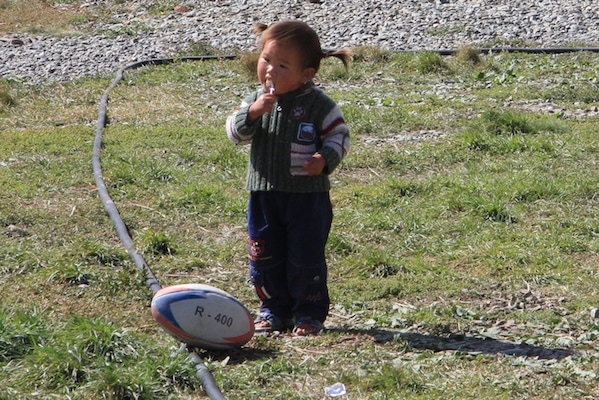 The youngest kid at the village - this little boy is 2

We spent about 2 hours at the ger village hanging out with the kids. Some ralliers played soccer and basketball with the kids, but I wandered into a few gers to meet the mothers and see how the âfamiliesâ lived. We could barely communicate but I sat and watched them make booz (Mongolian dumplings) as the kids tried to tell me their ages and show me their homework.

Later that night the Adventurists held a large finish line party for all of the teams who had finished that week. Sure â it was a huge boozefest (not the dumplingâ¦the alcohol!) as teams celebrated their finish or their demise. We were able to connect with so many of the teams who we had met along the way and hear the rest of their practically unbelievable stories. The mood was joyous, loud, and had a feeling of relief and at the same time sorrow that it was all over. 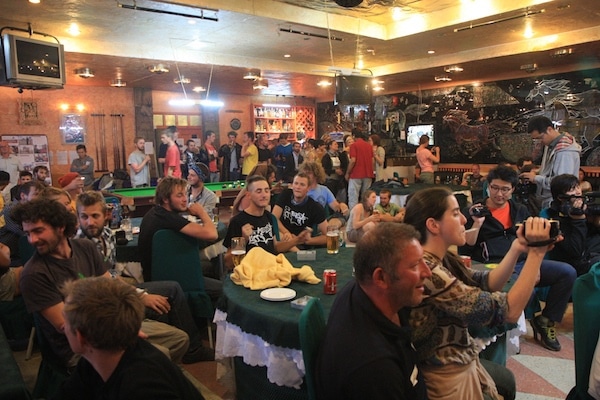 A celebration full of smoke and booze!

In addition to giving out goofy awards to teams,and vodka shots, there were also special performances by the children of the Ger village. The kids came to perform various skills; kids sang, played instruments, danced, and even put on a judo performance. The ralliers treated them like the rockstars they were. Big smiles crept across their face as people gave them standing ovations, whistles and hollers. This was such a rewarding way to end the long journey; everyone happy, feeling accomplished and connecting. 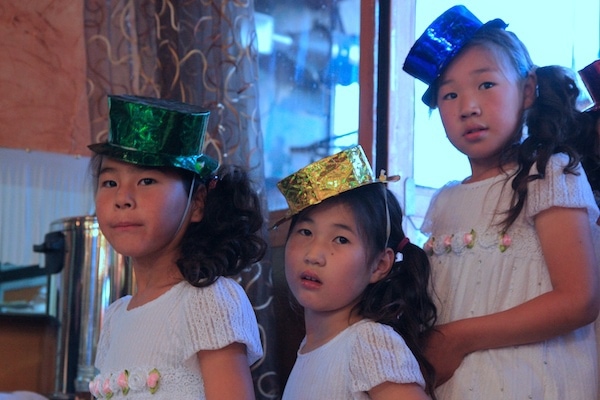 Girls from the village get ready to perform 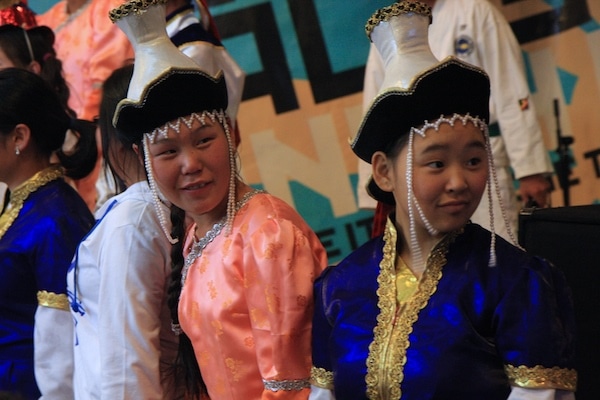 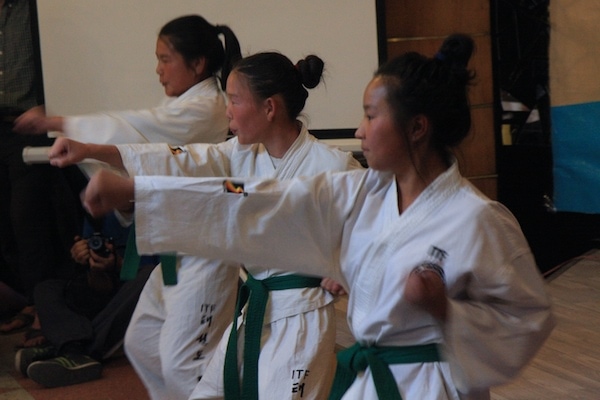 In the end our team raised $5,000 for the Christina Nobel Ger village in donations from people like you â our readers. Thank you for making that happen.

In addition, our little car that rolled into Ulaanbaatar with 8,500 more miles on it, 2 bald rear tires, an exhaust system hanging on by a wire, a broken front shock, no oil changed in 9000 miles, stickers all over the car, duct tape holding together parts of the inside, and covered in dust was in huge demand. We were told that it would auction for about $4000 to $4500 and after taxes are paid, that money also goes back to Mongolian charities.

And hereâs the most impressive thing that makes my stomach flutter when I think about it.

The 320 teams who made up the 2011 Mongol Rally overall raised $500,000 through donations and car auction for the Christina Nobel Foundation.

This is a huge sum of money for the program, and Iâm so proud to be a part of it. Iâm even more proud that you, my readers, were also a part of it. This adventure was the perfect win/win for me. I was able to do what I LOVE â travel through the world on an amazing adventure, and help kids in need in a seldom seen part of the world. I hopefully made the country of Mongolia part of your vocabulary by now. Itâs one of my favorite places in the world, and it will always have my heart and a small part of me at the Blue Skies Ger Village.

Was it worth it?

‘When children are educated, they possess something which cannot be lost or taken away from them and which offers them some protection from exploitation and abuse. They will have more power in the labour market; they will be better equipped to provide for themselves in a way which protects their integrity and their dignity” – Christina Noble

9 Responses to "Whatâs it all for?"