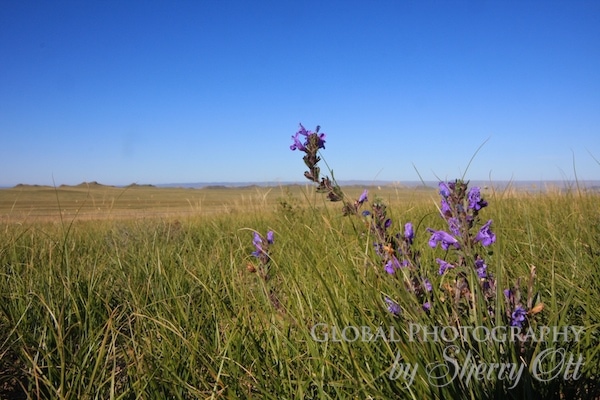 A little splash of color this morning...

The first thing we did when we woke up was check the rear tire to see if it still had air. We already had one flat from the day before and had to put on our spare which had a slow leak in it â but it seemed to hold ok overnightâ¦whew. We had 100km until we arrived in Bayankhongor where we could get both tires fixed.

The morning drive was beautiful with bright blue skies overhead and decent roads. We followed the power lines into Byankhongor as we had learned by now that power lines were an indication that a town was in their path. Since there were only a few towns that had power lines, then we deducted that it must be the town we were going to.Â  Brilliant!

We ran into another team just in time as our rear tire was starting to lose more air and this well-equipped team actually had a little portable compressor (note to selfâ¦need one of these next time!) that they let us use.

We were also able to witness a miracle. The team was with another team from the Netherlands who had rolled their car 3 times and survived. Apparently the team had rolled the car while being distracted in a water fight (note to selfâ¦donât ever drive with the Dutch) and lost control of the car just outside of the Mongolian border in Russia. It was a miracle none of them were hurt â especially after I saw this car. The roof had been completely collapsed but with the help of some other teams they pounded it back up, purchased chicken wire for the windscreen and hood and were able to still import it into the country and drive it. Granted, with no windscreen any longer the drivers had to wear goggles and masks to try to deal with the massive amounts of dust on the Mongolian roads. 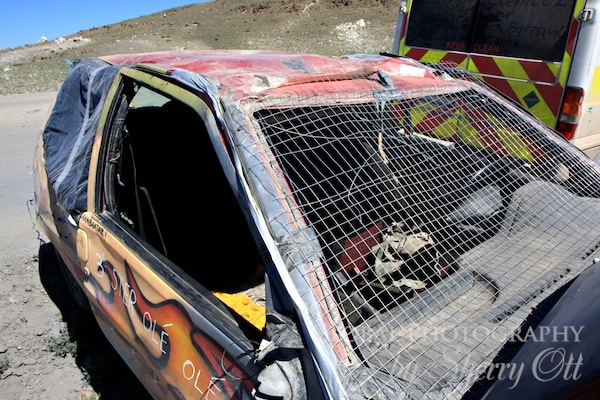 Can't believe it even runs... 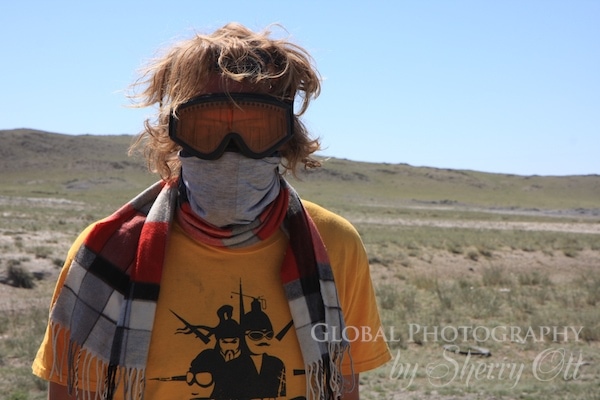 We followed all of these teams into Bayankhongor and quickly found a tire repair place. We had both tires fixed lightening fast for a total of $4â¦a bargain. While we were there at least 6 other vehicles pulled up to have tires repaired too â Mongolian roads eat tires for dessert.

We needed more camping supplies so we stopped at a building called the PC Mall. It was full of little food and clothing stalls, but the best thing we discovered was tha the âmallâ had free wifi! We went back out to the car and got our laptops and promptly sat on the floor and took advantage of a commodity more rare than tarmac in Mongolia – internet. 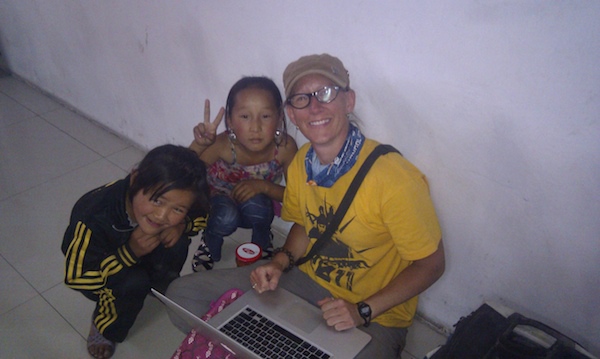 I was quite the spectacle in the mall with my macbook....attracted a crowd!

Unfortunately this is when I learned that my website had been infected with malware. Shit. I had a message from Candice of SMAC who had been maintaining my website while I was offline saying that the site was infected and unusable. Iâm not a techie person anyway â but trying to troubleshoot anything in the middle of Mongolia while sitting on the floor of a mall surrounded by a crowd was going to be impossible. So I called upon my IT expert â Warren Talbot from MWL Development â a fellow eternal traveler, career breaker, and blogger. He was on the issues right away and worked with Candice and Cailin to get everything resolved while I kept driving towards Arvaikher.

If you are going to do a trip like this as a blogger â then having a great âteam on the groundâ is necessary and I thank my lucky stars for Warren and the ladies of SMAC.

I took off driving out of Arvaikher as we had decided that we would try to get as far as we could before the sun went down. Arvaikher would be our last major town and drop off point before Ulaanbaatar; the finish was nearâ¦we could all feel it.

We bumped around on the horrible roads outside of Byankhongor through the mountains and found a great little camping space glowing in the setting sun and dotted with purple wild flowers. Perfect. However when we got out, we realized that I had gotten yet another flat tire. Ugh. I am bad luck for tires. 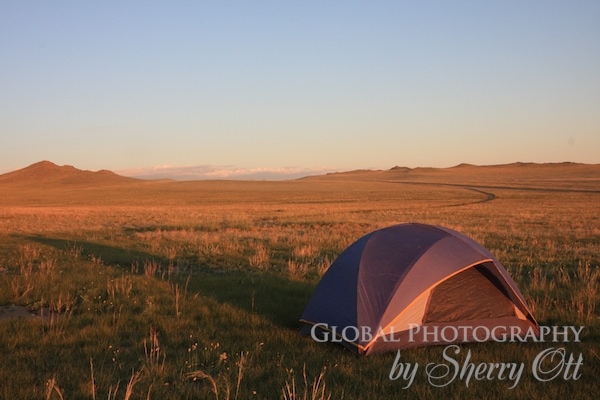 However as a well oiled team after 5 weeks of traveling together we all knew our jobs well. As Deb and I set up camp and got the water boiling Dave once again changed the tire; a process he was becoming all too familiar with.

That night we had a visit by a local couple on a motorcycle who came to watch us eat our pasta and simply sit and smile at us. We finished off with a night cap of vodka and peering once again at the spectacular Milky Way. I was dreaming of what it would feel like to finish this adventureâ¦it was so near now.

5 Responses to "Mongolian Malls and Mechanics"