Ulaanbaatar in our Sights 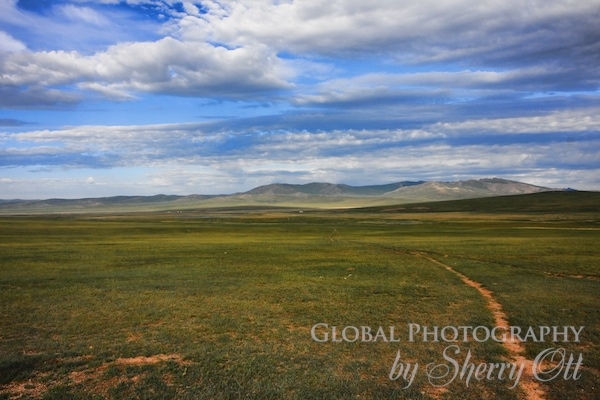 The green grasslands of the steppe

I woke up giddy, excited, anxious, and a bit sad. This was it â our last day of the Mongol Rally.

It started exactly 5 weeks earlier on a Saturday in London. Now here we were 300 km from Ulaanbaatar Mongoliaâs finish line.

The day started like any other; local visitors bringing gifts of food and airag. We packed up the tents one last time and headed east on our lovely tarmac road.

Lest you think that tarmac in Mongolia is easyâ¦itâs not. Sure, itâs better than what we were on for the last 1400km, but it is rife with issues. Itâs crumbling under trucks that are too heavy, poor construction, and harsh climates. It would be perfect for about 5 km and then boomâ¦it was full of pot holes. This was often more dangerous than the previous roads as our speed was much greater on tarmac. So swerving and screeching to a halt was much more difficult!

The anticipation was killing me. I sat in the back seat thinking how this was just like running in the 25th mile of a marathon. You were exhausted, but the excitement of finally achieving something that you had worked so hard and long for was an overwhelming emotion.

However I had to remind myself that as much as I wanted to get there, there was still a lot to see and experience. This part of Mongolia was the steppe, or grassland, and it was full of new scenery; rivers and lakes, meadows, rolling green hills, and even a section of sand dunes. 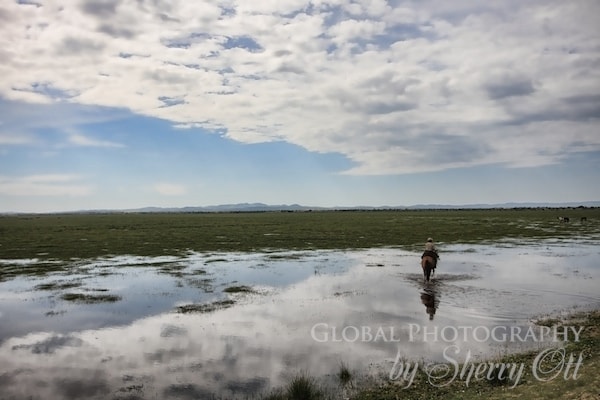 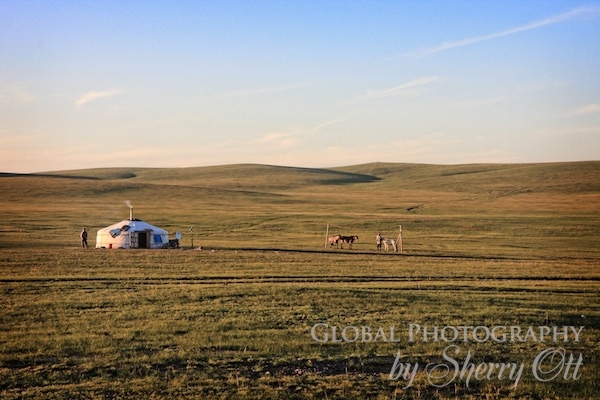 A picture perfect ger scene in the steppe

I felt as if this was the most populated area of herders that we had seen so far. Livestock surrounded us. A horse ran across the road and we noticed a ger family trying to contain their horses, so we stopped to watch. We watched in confusion as 4 different men ran around trying to get the horses all in one area and one man on a motorcycle ran after a particularly obstinate brown and white horse. All of the little ponies were already tied up near the ger and the horses kept running around in pandemonium.

Another car was pulled up along the side of the road also watching the herding spectacle. It was as fascinating as any television show. We watched as they finally caught/lassoed the brown and white horse and then proceeded to put a saddle on it. I thought to myself â thereâs no way in hell Iâd want to get up on that horse â he clearly had the most spunk out of all of them who had now dispersed around the ger. 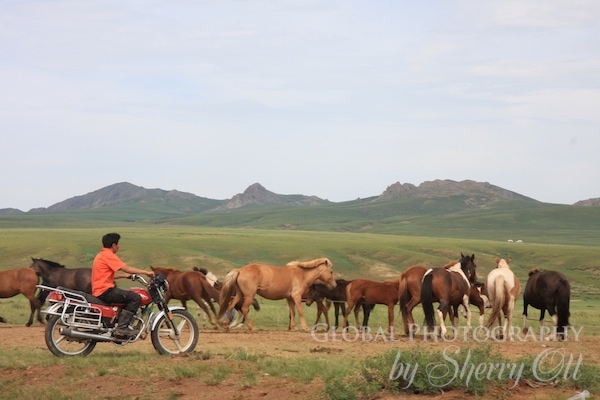 The horses were all brought back towards the ponies for milking. We also watched as the mother milked mares in order to make airag. I had always wondered how they milk horses in Mongolia â and now I was able to witness the whole process! 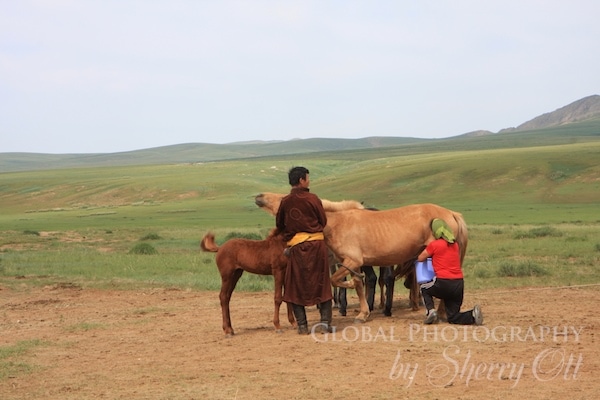 Milking a horse takes a lot of work! And two people!

We got back on the road after our horse diversion and slowly moved closer and closer to Ulaanbaatar. More trucks and buildings appeared slowly and then more frequently. We were close, I could feel it.

Then we came around a corner and I got the first glimpse of Ulaanbaatar in the distance. Relief and happiness flowed over me. I felt giddy. We had really made it. 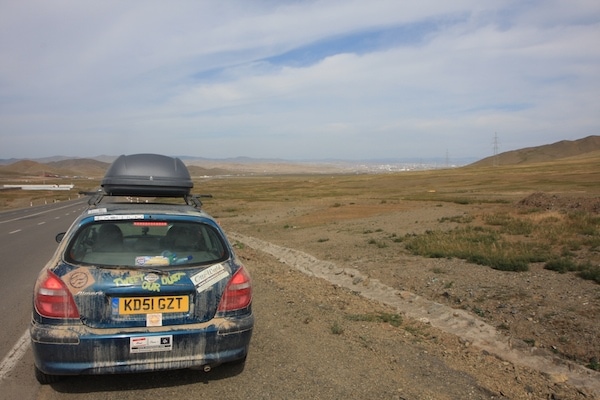 Ulaanbaatar in the distance...almost there!

4 Responses to "Ulaanbaatar in our Sights"