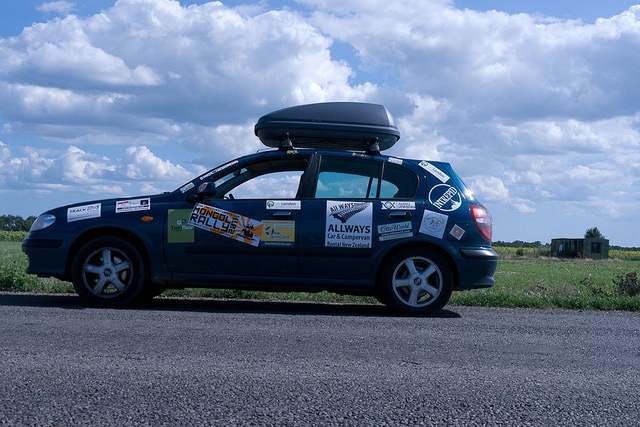 Today we were on what seemed like a super highway for Ukraine as we traveled from Odessa to Kiev.Â  Finally – some smooth tarmac – hallelujah!Â  However, as I sped down this highway constantly trying to go the ever changing, never-marked, speed limit I was stunned by the culture along the highway in Ukraine. 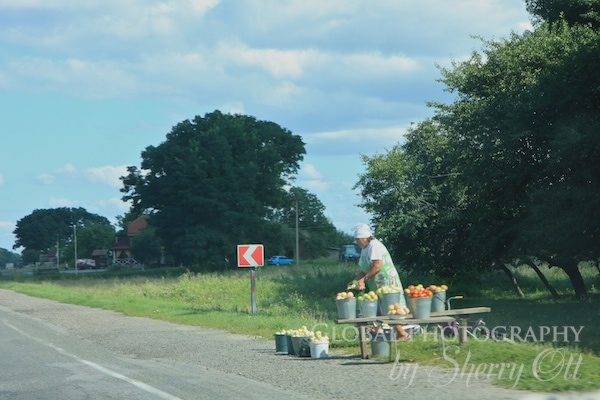 Then there were the animals, ducks and chickens were frequently seen on the road just hanging out.Â  But when I looked up in the distance and saw a big animalÂ  – I was shocked.Â  There was a cow walking down the middle of the highway!Â  Once I made this realization, I slammed on the brakes as the cow would clearly win against our Nissan in the game of chicken on the highway!
Thanks to Rick for grabbing his video camera quickly to capture this crazy cow moment! 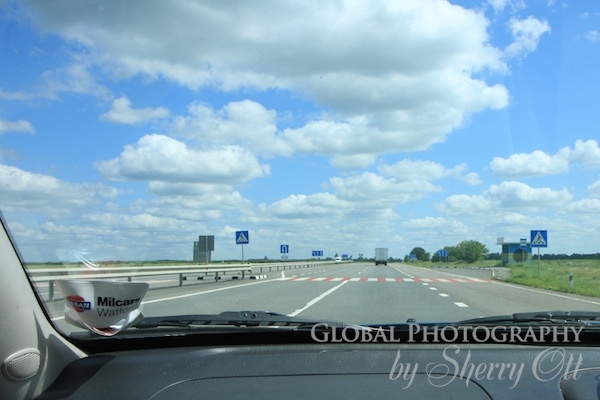 Crosswalk on the highway...typical in Ukraine

We stopped at a roadside stand to have some coffee and decided to play Ukrainian Roulette for breakfast by just pointing at a breaded rectangular shape and hoping for the best.Â  Luckily we made the right choice – it turned out to be an apple filled pastry…whew.Â  I doubt we’ll be that lucky all the time! 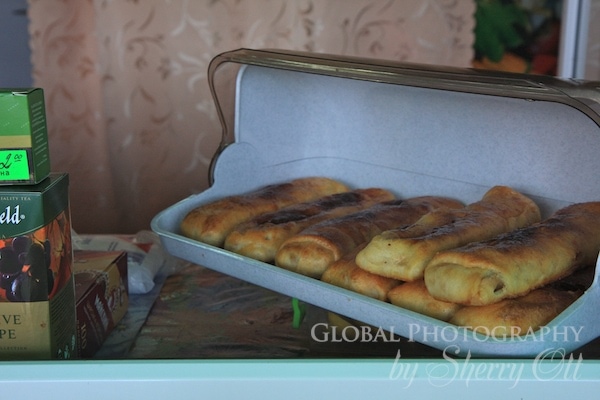 Ukrainian Roulette...will be lucky with our breakfast choice?

That’s the eternal problem traveling in the Ukraine – not being able to read the signs or menus.Â  As I sped by signs on the highway I wondered if they were important.Â  I had no idea what message they were trying to tell me – which was a bit concerning. 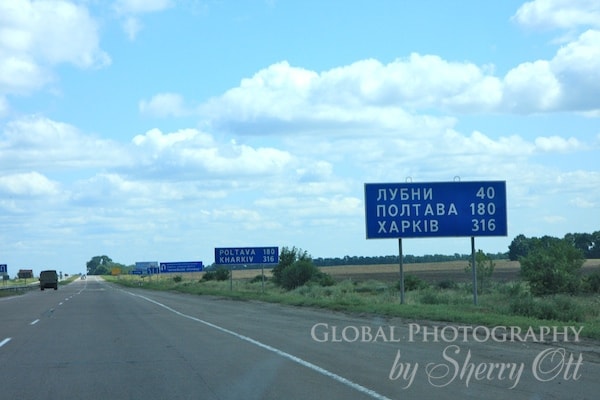 All in all, the highway culture kept me engaged and in awe during my 6 hour drive today…better than any can of Diet Coke ever could!