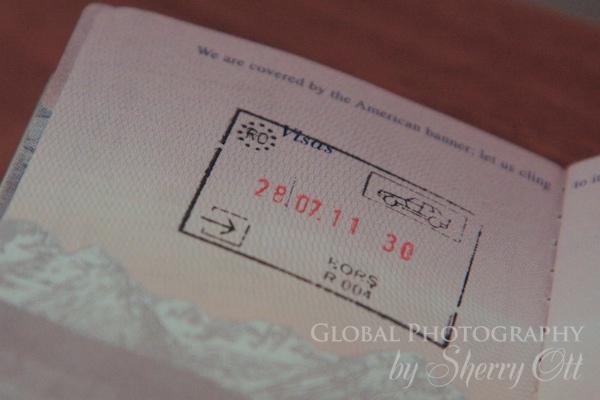 Our Romania stamp signifying we brought a car into the country! Hope all borders are that easy!

Passing a Car is Not As Easy As You’d Think

When you have to pass another car on a two lane road â you want the driver to be on the inside so that they can see the oncoming cars and know when it is clear enough to pass. Simple.

Now its not so simple when you are driving a UK drive car in a country where they drive on the other side of the road than the UK. This means you are trying to pass people when you the driver are on the outside of the road trying to see the oncoming traffic. I actually wrote a post about it a long time ago when I was traveling through Laos â but then I was the passenger. This time I am the driver.

As I took my turn to drive from Budapest Hungary to Cluj Romania and it of course was pissing down rain. It seems that whenever I get behind the wheel itâs pouring rain. As if the giant gray rain cloud is just following me overhead as if I were an unlucky cartoon character.

Little did I know, but today was the day where we lost our lovely autobahn type interstates with smooth tarmac and 2 or 3 lanes to choose from. Today we entered the world of two lane driving and left the massive interstates of the western world behind. 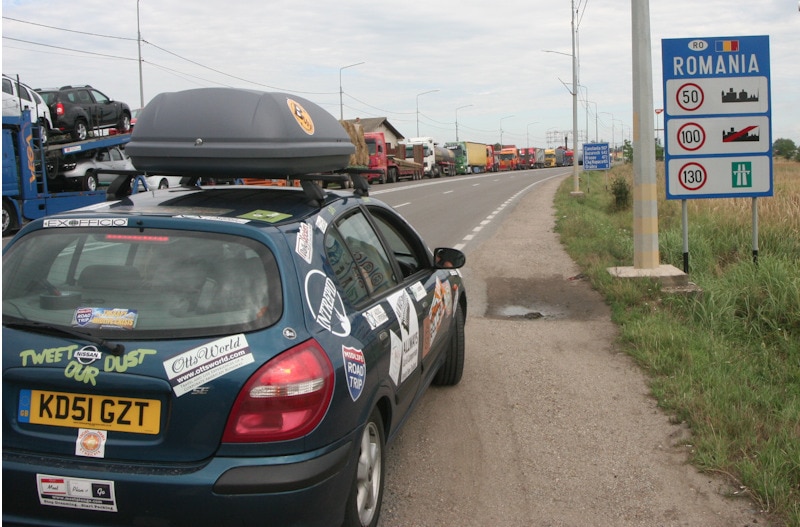 Passing is a Team Effort

Passing was a team effort in which we had to perfect our signals. Rick and Deb were riding on the inside lane of the car as passengers and they were responsible for giving me the signals. A clear âGo!â if it was clear and a clear âNoâ when it wasnât – none of this maybe stuff! Together we worked as a team to get past the massive trucks bunched up on the two land road. We celebrated after the first successful pass and we fell into a good rhythm.Â  However,Â  it pained me every time we had to stop and I knew that I had to start all over again getting around the slow vehicles I had just worked so hard to pass previously.

Video of passing cars – Dave and Deb from The Planet D have it under control!

This is one of the things about driving in the Mongol Rally that intimidated me most. Yet I actually found it really exciting in a way. It certainly gave me a rush to be a part of the driving culture and trying to learn all of the unwritten rules.

We crossed the border into Romania with a slight delay as the authorities took our passports and our car papers to do God knows what. We sat and waiting for abot 20 minutes and they handed back out passports with a new stamp in ti! Finally – a stamp! We had already passed through 7 countries in Europe and no stamps!

I settled down to a big Romanian beer once we reached our camp site. â a great team effort today!

I thought Passing was hard, wait until we made it to Ukraine! Make sure to read our trials and tribulations of Driving in Ukraine

15 Responses to "Driving in Romania"