My ride in a Kazakhstan Police Car – Mongol Rally 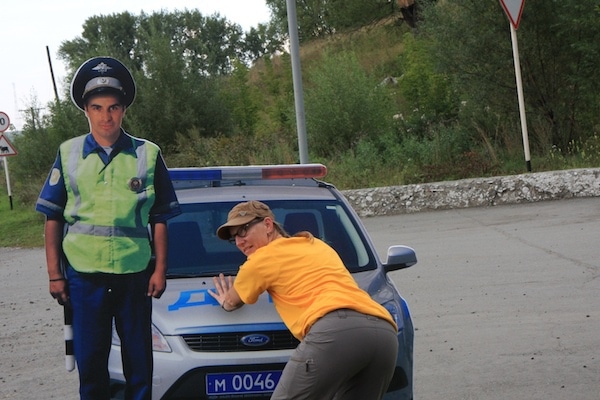 We had heard from other teams on Twitter that the police checkpoints outside of Astana were a bitch.  But we couldnât stay in Astana forever â we had to press on.  Up until this point we had avoided any real major run ins with police and bribes by simply playing dumb, and sometimes ignoring their points to pull over as if we didnât understand or were looking the other way.  Plus, we had a theory that the police were less likely to shake down a female, so Deb and I would put our best âhelpless woman actâ and it generally worked.
We left Astana with a planâ¦based on nothing but guesses and theoriesâ¦but it was better than nothing.  We planned to leave very earlyâ¦7AM in order to hopefully get out of the city before they had the police checkpoints operating.  And we planned on a female driving.
I got behind the wheel and we swiftly left the city early in the morning.  We passed a few police and held our breath.  So far so good.
Oh yeah â one more thing to know.  The real reason we were trying to avoid a pull over in Kazakhstan was because we didnât have any insurance for Kazak.  Somehow in our elation to getting through the border into Kazakhstan we forgot that we had to buy insurance.  Typically they shake you down at the border and make you buy insurance, but no officials at the border mentioned anything so we didnât even think about it.  By the time we realized this we had no idea how to get insurance any longer since we werenât near the border and were halfway through the countryâ¦so we decided to risk it. 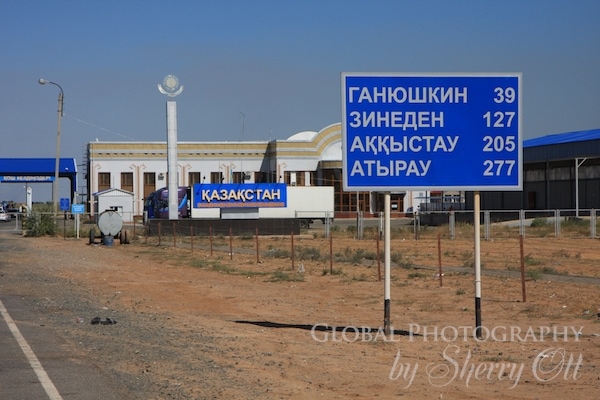