What Happens to the Car? 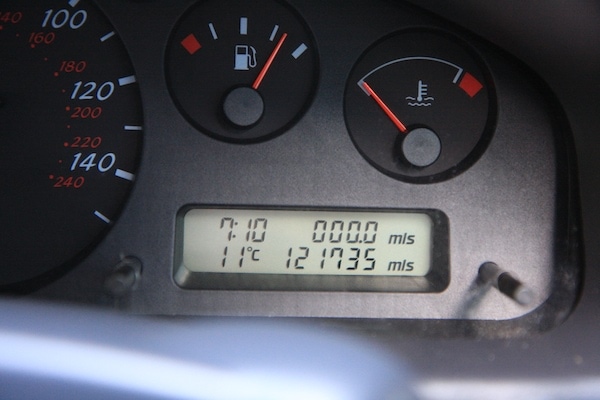 The most frequent question I get asked is âHow did you get along with your teammates?ââ¦which I will answer in a later blog postâ¦have patience! But the 2nd question is always, âWhat did you do with the car?â

That is the beauty of the Mongol Rally â the car is used to raise more money for Mongolian charities. The cars which make it to the end get auctioned off to locals and the money is collected by Adventures For Development Mongolia (the NGO that was responsible for the car imports).Â  At the end of the summer, once all the vehicles in all the drop-off points have been accounted for, the profit after costs will be tallied up and announced for tender. Applications are received by AFDM from charitable projects based in Mongolia for AFDM’s steering committee to decide who’s supported.Â  In the past charitable projects as diverse as tree replanting, disabled persons projects and Mongolia Education Alliance have all been supported by the moneys raised by the car sales. This is important, because it means that the Mongol Rally reaches other needy projects in Mongolia.

The fact that you are attempting to âdeliverâ this car over the course of 5+ weeks is really one of the main things that kept us going. It gave us purpose, drive, and the push we needed at times to keep going. We had a responsibility to get the car to the end â no matter how much we wanted to give up or be done, we were like the Pony Expressâ¦

âNeither snow, nor rain, nor heat, nor gloom of night stays these couriers from the swift completion of their appointed rounds.â

Yet I think our modern day motto would have been more like,

âNeither broken shocks, nor dirt, nor flat tires, nor being hopelessly lost, nor giant potholes, nor corrupt border guards, nor team fights stays these ralliers from the somewhat swift completion of their appointed round.â

We had a mission, we had to deliver that carâ¦it was our fuel that kept us going through the many trying times. 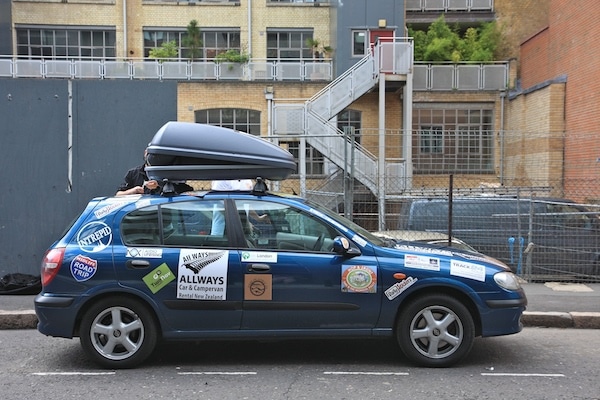 The car at the beginning in London...shiny and lookin' good!

You may wonder why anyone in their right mind would want a beat up, dirty car that had just been driven into the ground for 9,000+ miles. In reality we shouldnât be able to give a car like that away even for free! But Mongolia was different. Cars, no matter what condition they were in, are in demand.

In fact, we surprisingly learned that small cars, like ours, were in the greatest demand. Cars that arenât really meant for the Mongolian terrain are the most sought afterâ¦but why?

Itâs basic supply and demand. (Imagine me with my hair up, glasses on, and standing in front of a white board drawing diagrams – class is in session!)

Supply â Import taxes for used cars are quite expensive in Mongolia therefore no one is shipping many cars into Mongolia as its too price prohibitive. The main people who are importing cars are people who can afford it â big mining and development companies as well as tour companies. This means thereâs really only one type of car being imported â big SUVâs to be used as commercial vehicles. There are very few small, family cars available to Mongolians.

Demand â The Mongolian economy is growing fast, in fact the World Bank reports have announced Mongolia as one of the fastest growing and most stable economies in current turbulent times. Families are making more money, and they want to consume. The country is also building more roads (albeit super slowly and poor quality), the country is becoming more mobile and they want to trade in their horses for fuel-injected horsepower.

Enter us and our little Nissan Almera; everyone wants the Hot Box! People would constantly stop us and ask to buy our car from the moment we entered Western Mongolia to the finish line in Ulaanbaatar. Granted â people donât necessarily want it to drive across the country like we did, they simply want a car to get around the city of Ulaanbaatar which is growing rapidly.

Our car was a 2002 with 121,000 miles on it when we bought it. Allways Rentals purchased it for us for approximately $1500 and put in more money to get it mechanically checked out.

Our car went through a beatingâ¦ 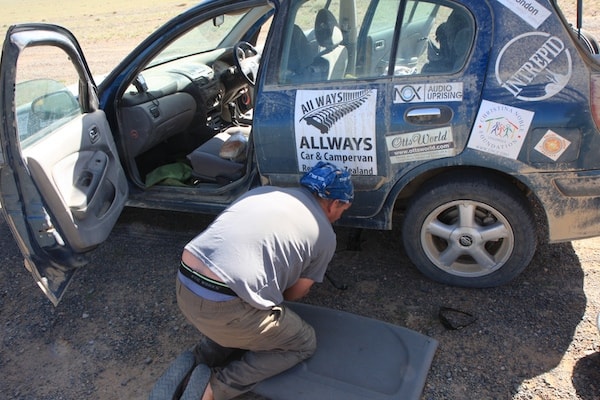 Maintenance in the middle of Kazakhstan 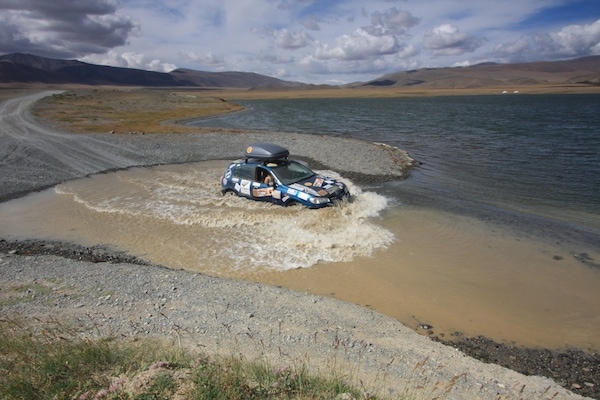 Going for a dip in Mongolia... 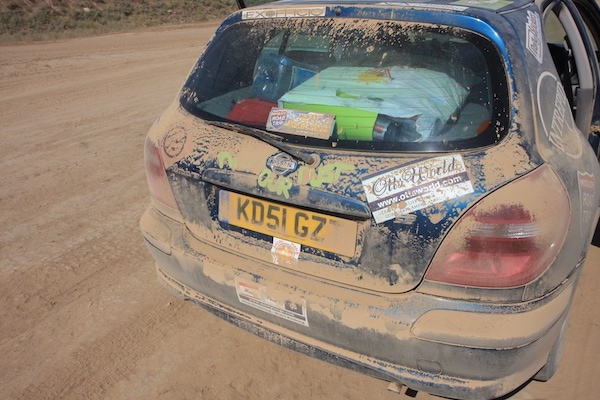 Getting dirty in Kazakhstan 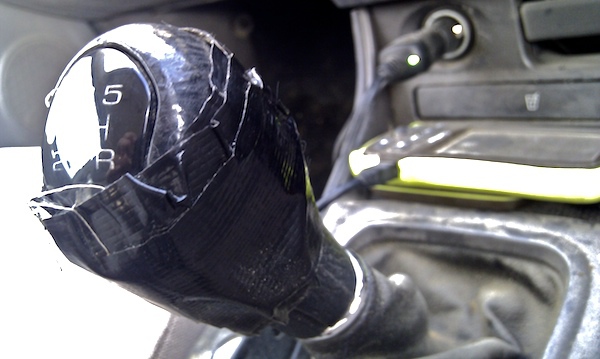 Held together by duct tape

We deposited it with the Mongol Rally organizers with 8,500 more miles on it, bald tires, an exhaust hanging on by a wire, a broken shock, coated in dirt and stickers, and terribly in need of an oil change. Yet our little car was a car in demand. The Adventurists told us that it would probably yield $4,000 to $4,500 when auctioned.

All in all â the rally is bringing in cars that are in demandâ¦when they actually make it. It appears to be a win/win for everyone.

In the end it was hard to walk away from the car. I grew attached to the Hot Box, it became a part of us; our home, our bed, our kitchen, and our living room. I only wish that I could see who ended up buying our little Hot Box. I hope they loved it as much as we did. Iâm sure theyâll keep it running way longer than we ever could have! 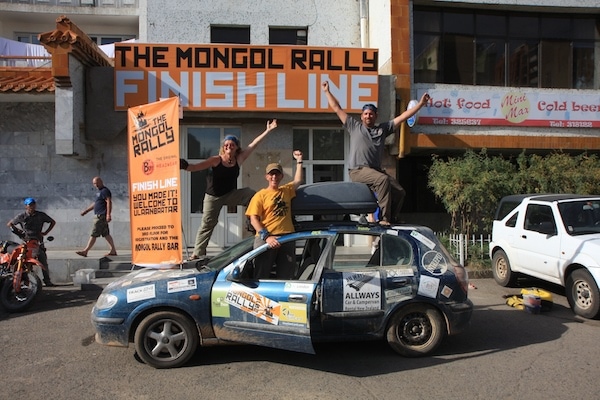 The end...a bit more wear and tear - but people still want her!!

I finished the rally – listen to my post race podcast from Heather on Her Travels – Mongol Rally Podcast and get the low down on how it all went from my lips to your ears!

4 Responses to "What Happens to the Car?"