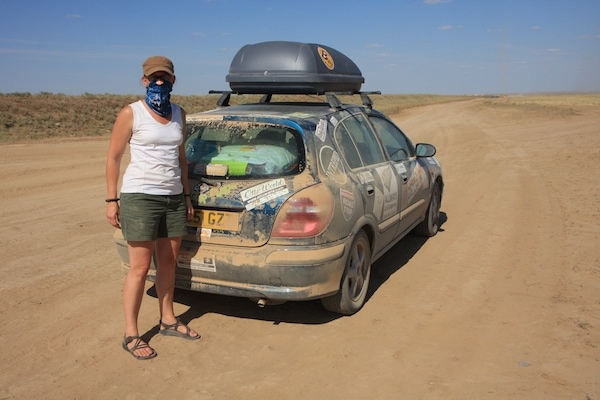 Today sucked…really sucked.Â  I expected the hard, slow, dirty driving in the Mongol Rally, but I wasn’t expecting it today.
There really was no road except for some rubble that was more hardship than what it was worth.Â  So ingenious drivers made their own roads alongside the “official road.” Â It was like a web of roads to choose from, but they were all rather sucky…and it was Rick’s job to try to choose the least suckiest one. 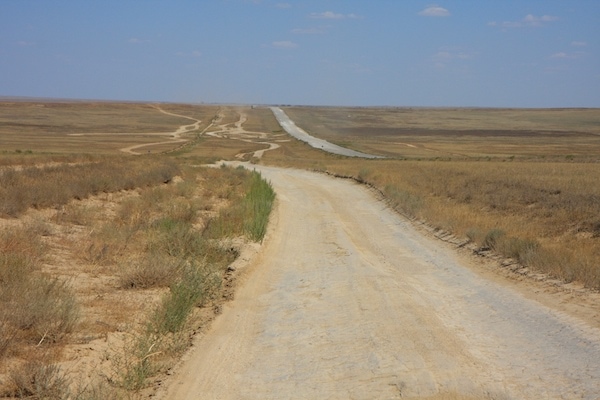 Hmm, which one to take?

Deb and I had to ride in the back to try to help with weight distribution as we passed through crater-sized potholes.Â  The dirt tracks were…well…dirty.Â  Dirt came in everywhere through the car vents and the windows.Â  Soon the car and us were caked in a fine film of dust that provided SPF protection from the wicked sun.Â  Deb and I tried to fight the dust in our buffs. 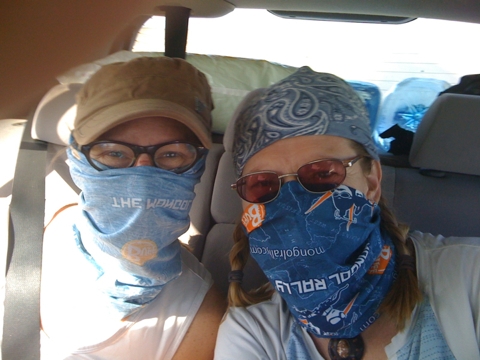 Huge trucks passed us throwing more dust into the Hot Box…which today would be named the Dust Box.Â  We were averaging about 20 to 25 km per hour (12 to 15 mph).Â  I was feeling dejected, down, dirty, and sunburned.Â  We finally stopped at a gas station in a town and had to wait around until the pumps were filled.Â  We also realized that we had ripped off a protective aluminum sheeting which must have been protecting something under our car.Â  It was hanging half on/off, so we ripped what remained off and hoped for the best. 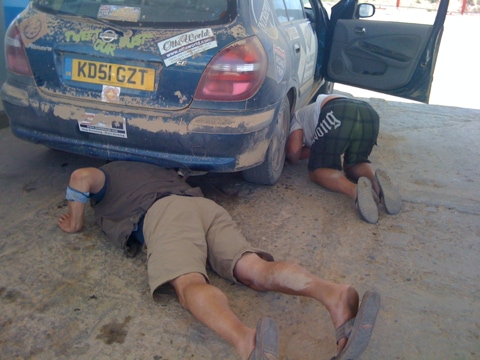 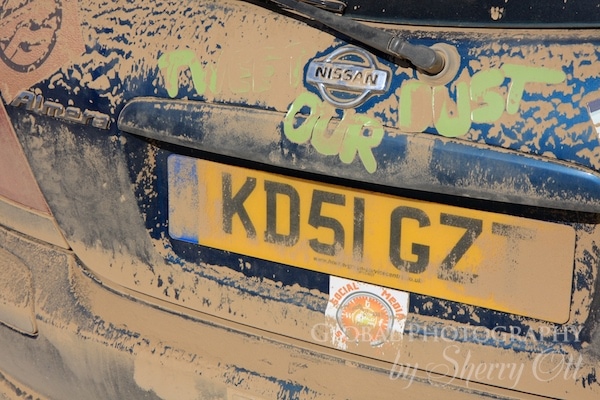 We used the waiting time at the gas station to make PB&J sandwiches on the hood of the dusty car to get some food in us.Â  A local man tried to explain to us the road conditions coming up.Â  He drew a picture on our dusty back window which signified 90 more kilometers of horrible “roads,” and then it became good and smooth.Â  There was a light at the end of the tunnel.Â  We caught our second wind and took off. 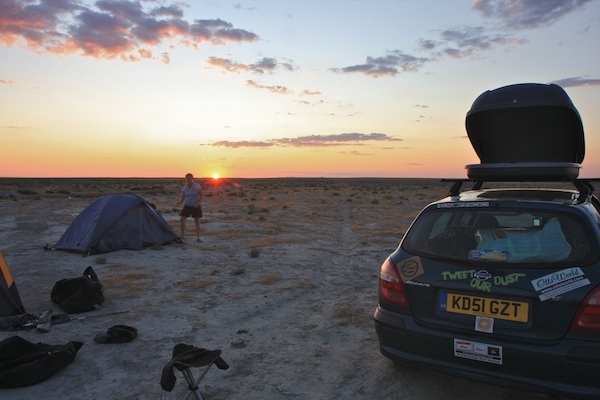 He was nearly right…the good roads didn’t actually start until about 110 km away, but we made it.Â  After a long 10 hour day covering only 200 km, we picked up cold beers in the local village, and camped out in a dried-out lavender field.Â  I was happy for the day to end.
Learn how to follow us on our journey via social media
How toÂ donate to our charity – the Christina Nobel Foundation – we are still collecting donations along the way!
This post brought to you by Cailin and Candice ofÂ Social Media Atlantic Canada. Check back in for more Mongol Rally stories!