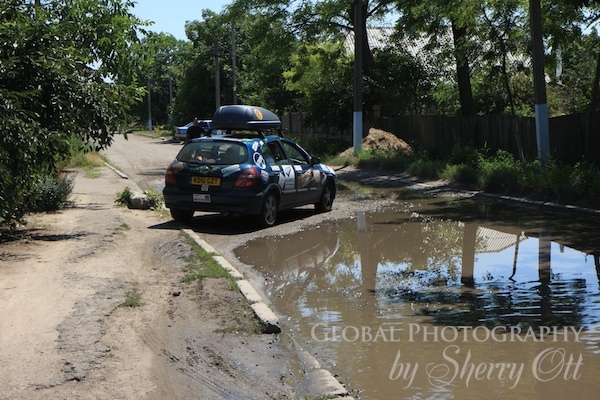 Every day brings with it a new driving challenge in the Mongol Rally.Â  Today’s challenge was potholes.Â  We had heard horror stories about the roads and driving in Ukraine, but it’s hard to really imagine and believe until your wheel has been swallowed up by a huge hole and you hear the gut wrenching sounds of metal hitting concrete.Â  It felt like today was just a day of a permanent cringe as Deb did her best to dodge craters the size of a NYC apartment bathroom.

Potholes, Pothills, and Driving in Ukraine

It wasn’t just potholes, we were also introduced to a new Ukrainian phenomenon that we dubbed ‘pothills’.Â  It’s pretty much what it sounds like – bumps sticking out of the road that will grind the underbelly of your car in an instant.Â  Cringe.

We found ourselves driving through small Ukrainian towns turning heads as we passed through.Â  We clearly weren’t in Europe anymore…nor Kansas.Â  We even caused a cute little boy to wipe out on his bike (where he was also carrying his sister on the back) as we drove by and waved at him.Â  I’m pretty sure he hadn’t seen crazy Mongol Ralliers before in his town.

We spent the day skirting flooded areas, and dodging horse carts.Â  However, one horse cart offered to give us a ride, and I gladly accepted!Â  Once I got up on the cart and he took off with my rally teammates following behind us I realized that his little horse cart had better shocks than our Mongol Rally car!Â  Plus – it had better air flow too…it was a convertible!Â  My new Ukrainian farmer friend gave me a fresh tomato, jabbered to me in Ukrainian and I finally said goodbye and decided to join my team again.Â  It was a nice diversion AND I got a tomato for lunch…I was starting to like Ukraine! 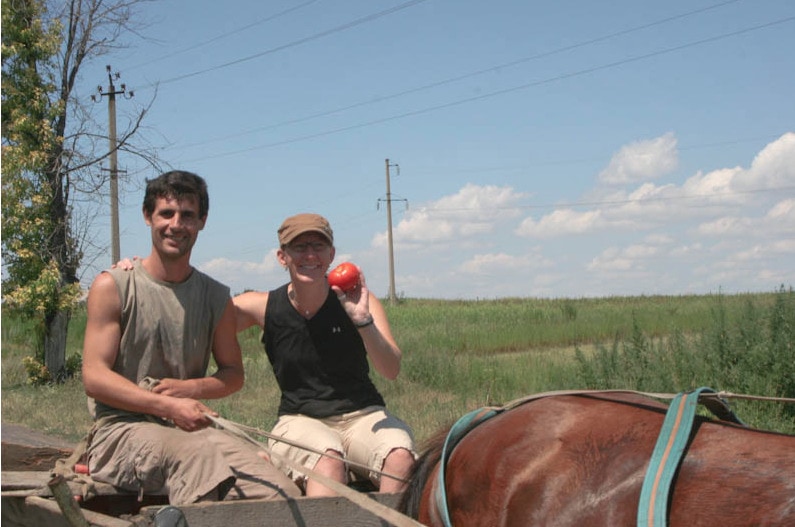 Me and my new tomato friend…maybe the tomato was a ring???

We skirted slightly North of the Black Sea and into the Everglades of the Ukraine. We actually crossed over the Black Sea on a narrow bridge that connects the peninsula and kept us from going back into Moldova.Â  We stopped in small towns for borsche and fresh peaches sold by the roadside.Â  It was beginning to feel like the perfect travel day…except for those potholes! 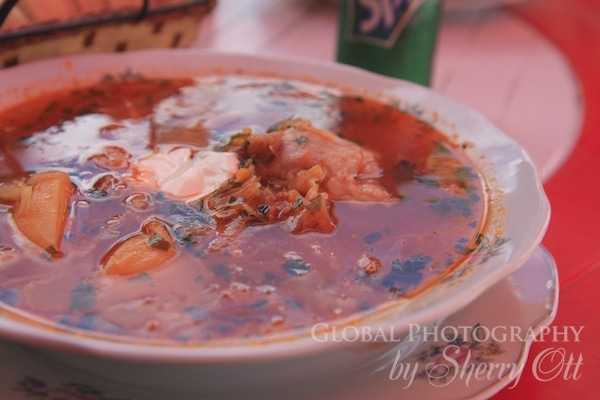 A nice steaming lunch on a hot day…Borsche

Of course, when everything is going well in the Mongol Rally, then that normally means something bad will be happening soon.Â  We arrived in Odessa in the late afternoon – and that’s when our luck really started to change.Â  Since we are all professional travelers (if there is such a thing), we didn’t plan for any lodging and assumed that we would just wing it as we always have. 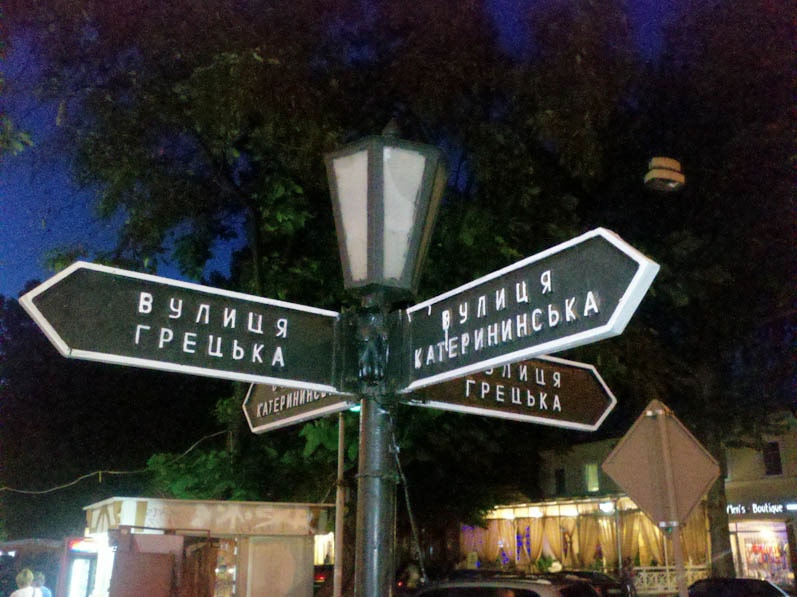 As my teammate Rick Griffen said…we knew we were hopelessly lost when we saw this sign.

However, Ukraine was different in one very big way from other places we had traveled so far.Â  The alphabet.Â  We quickly realized that we couldn’t read any signs.Â  To top it off we didn’t have a map nor internet access. We were like travel superheros without our super power…the internet. Â  Add to the fact that Ukrainian buildings are old square Russian style buildings that are rather imposing and plain on the outside and often times have courtyard entrances and addresses that we couldn’t begin to understand how to read let alone find.

We basically spent the next 5 hours driving around Odessa aimlessly looking for lodging that wasn’t hundreds of dollars.Â  After much stress and trying, we finally gave up and started driving to Kiev instead, which would have meant driving all night again. As we drove along the highway towards Kiev, we lucked out and saw a roadside hotel sign that we could actually read, and wasn’t going to leave us broke! Sleeping in a bed is always better than in the car!

Our first day in driving in Ukraine was full of ups and downs – and it wasn’t just the potholes that took us up and down.Â  It was a great reminder that in the Mongol Rally, nothing is for certain – not even finding a hotel.