Camping on the Mongol Rally 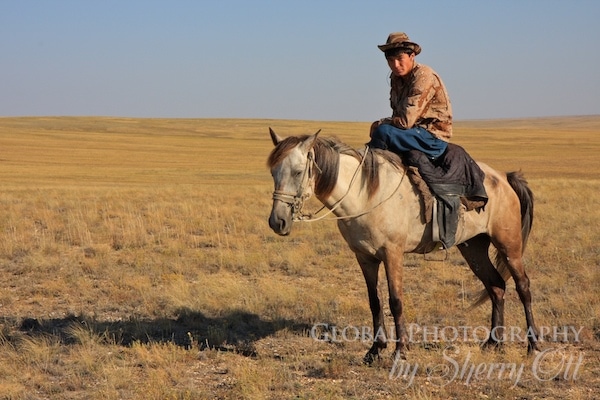 The best thing about camping on the Mongol Rally is peeing in the desert under the stars. It’s bliss. And it’s certainly better than Kazakhstan gas station bathrooms where you have to plug your nose and try to wipe the disgusting memory from your mind before it scars you for life!

I’m not much of a camper – but it’s necessary in the Mongol Rally. We have been camping about half of the time we have been in Central Asia, and it’s been a highlight for me. Not only becuase it’s free…but it’s fun. However, I do recognize that without the help of Dave and Deb from The Planet D, I would not have a clue how to camp on my own! They have been the camping mentors on this trip, supplying all of the gear and cooking supplies that we need. Thanks to them we have a little cook stove, pots/pans, and cutlery. The cook stove is brilliant as it will burn kerosine, petrol, or diesel – so we never have to worry about not having gas to cook with. 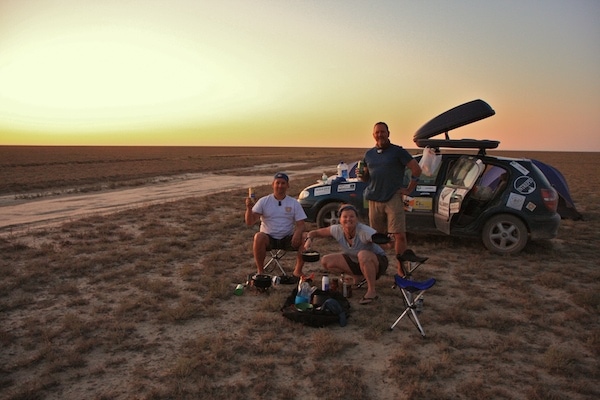 However my favorite part of camping is finding the camp spot. We simply drive off the road into a field and go about 1/4 mile from the road and set up camp. The Almera gets to do some off-roading and we get to sleep in a spot with a spectacular view. The last few days the moon has been nearly full and the field glowing with moonlight.

In fact one night we had a local visitor to our campsite. A young Kazakhstani man rode up on his horse with his dog following dutifully behind him. He had been circling us for a while and decided that we must have been safe enough to approach. He knew no English but he simply came to watch us and see what we were doing. Hanging off his horse was a recently killed rabbit (headless). It felt a bit surreal as if I were in some Western movie. We offered him a beer and food but he refused. Instead he just sat there and watched us prepare our dinner.

I wasn’t surprised the next day when our same visitor came back in the morning. We were just as good as any television show apparently. He came on a different horse this time, but still with his dog. He sat there on his horse in a comfortable, lazy position, and simply watched us. We ate breakfast and then tore down the whole camp and packed it into our car. We bid our visitor goodbye and drove through the field of dried lavender to the road.

You never know what you’ll experience when you camp!

How toÂ donate to our charity – the Christina Nobel Foundation – we are still collecting donations along the way!

This post brought to you by Cailin and Candice ofÂ Social Media Atlantic Canada. Check back in for more Mongol Rally stories!

4 Responses to "Camping on the Mongol Rally"