The Price of Being a Foreigner in Asia 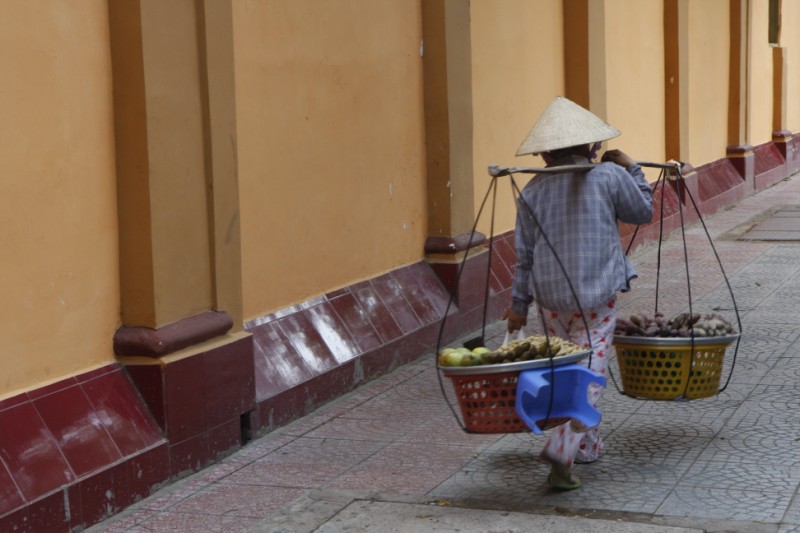 I was out with a friend today shopping for camera equipment for my upcoming trip to Mongolia. I went to a local little camera âstallâ near/in The Tax Department Store (I wonât even get into what a terrible name that is for a storeâ¦that could be a whole post on itâs own). I was looking for a cheap shutter release for my camera as I intend to take landscape shots on a tripod. The store clerk said yes they had some, but they werenât Canon. I said no problem as Iâm looking for something cheap that will work.

Actually remember, Iâm in Vietnam, so the conversation was more likeâ¦.

A woman went over and got a small box out of a case and brought it over towards my friend and me. As she was doing so my friend happened to notice that as the female clerk was bringing over the small box, she was taking off the price sticker and throwing it away. He said to me, âSheâs taking off the price, but I saw that it was 300,000.â I was impressed by his âspy-likeâ ways. I expected him to then say âIâm Bond, James Bondâ¦â

We inspected the off-brand shutter release and tested it on my friendâs cameraâ¦all good. Now, on to the fun part â negotiating. Everything is a negotiation in Asia. I asked the man âHow much?â

Does that make your skin crawl? Five months ago I would have walked away and tried to make a point as I would have been so pissed that he was trying to take advantage of us. However, after living here for 9 months, I guess Iâm used to it. My blood doesnât boil any longer when things like this happenâ¦but it does still get warm.

19 Responses to "The Price of Being a Foreigner in Asia"