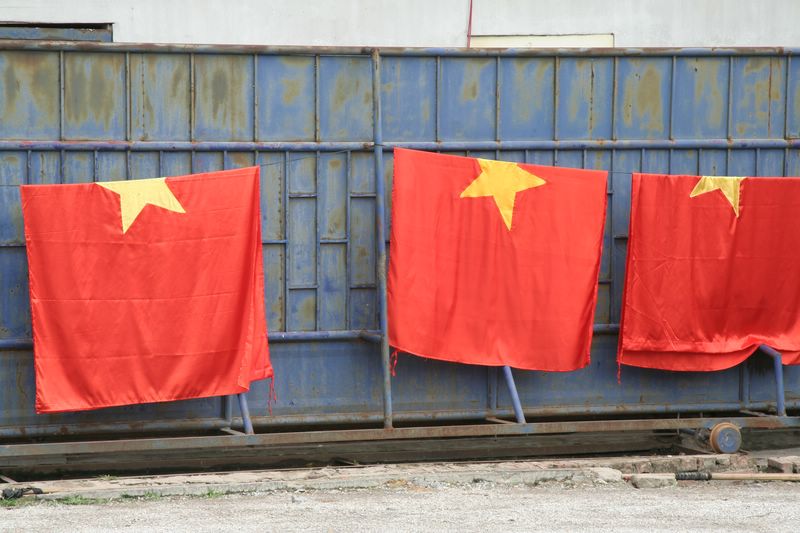 You canât come to Vietnam and not recall Robin Williams famous words âGoooodddd Moorrrnnninggggg Vietnammmmm!!!â I had spent one month in Vietnam â the longest in any one country yet (besides my SE Asia home base of Singapore). I had high expectations for Vietnam, and I’m happy to say that they were met. I expected to see a virtually untouched country â untouched to tourism and the western world. I was pleasantly surprised to see no McDonalds or Starbucks the whole time. I expected to see rice fields full of green bursting colors â I wasnât disappointed. I expected to feel that I had gone back in time time to a simple lifestyle â and I did. However there were many unexpected things that I encountered and thatâs what makes a trip and country memorable to me. There were so many times that I just stared out the window in wonderment as if I were a kid arriving in Disneyworld. In addition, this country offered something new â American History â and a torrid one at that! It was interesting to be in a country that was so intermixed with American History. It was educational, and it was frustrating. Before I leave this magical place I decided to compile some of my favorite oddities and memories from it!

Curtain Call
I traveled from North to South in Vietnam and stayed in moderately priced hotels â they all had hot water, some type of shower, and AC. Yet there was always one thing missingâ¦the shower curtain. The majority of hotels had a bathtub with a shower curtain rod and even showers curtain rings, but no curtain. I often wondered why? Why do they want us to spray water all over the floor..why??? I tried to ask my various guides but I never really received an explanation. I wondered if the hotels expected us to bring our ownâ¦why else would they have those rings just hanging there taunting me? Or were plastic shower curtains so expensive that they just decided that they couldnât be provided? I had a hard time believing that in the country where I could buy a beer for 30 cents â that they couldnât afford a shower curtain!

If I wanted to relax after a day of traveling – I normally would seek out a comfortable chair â one that you could just flop down into. However â the idea of comfortable chair to the Vietnamese was one that was made of plastic, a stool, and about 2 feet off the ground. They were everywhere â at the churches, in homes, at the street vendors (with matching little 2 ft. tables). Every time I would sit on one â I wondered whether I would be able to get back up from that uncomfortable position. However for a country full of people that would squat like a major league catcher while just hanging out with friends â this squatty chair was considered comfortable. Even while traveling on local transportation throughout the country the Vietnamese would sit in a fetus like position with their shoes off and curled up on a chair. Never would I consider taking my shoes off and walking around on a train in the USâ¦ick.

Hock a Loogieâ¦ (yes, there is no spellcheck for Loogie – I took my best guess!)
The Vietnamese women are beautiful â they are dainty, they wear white flowing outfits resembling angels â but donât be surprised when they turn their head to the side hock a loogie. This culture has perfected how to spit..everyone does it â babies, kids, men, old women and dainty young girls that look like porceline dolls. When I was a little girl, I wanted Santa to bring me a doll that cried â I would expect that Vietnamese little girls would want one that would spit.

No table required
I traveled through Vietnam most of the time with 5 other people, yet every time when we would go to a restaurant we would consistently be seated at a 4 top table. They would push two other chairs on the end and have us all crowd into this small little table. This baffled me â especially since there were other larger tables available. After a few weeks of eating around Vietnam â I decided that the reason they would make us squeeze into this small table was that table space really wasnât important to them as it was to us in America. This was mainly because you didnât really have a plate and silverware on the table that you ate off of â instead â you had a rice bowl and some chopsticks. You were to hold the rice bowl cupped in your hand, close to your face â it never really touched the table â therefore the table became unimportant. After traveling for about 3 weeks, we went to a nicer tourist restaurant and they served us on plates around a big table. I looked down at my now foreign looking plate and silverwear thinkingâ¦this just seems wrong! I instead picked up chopsticks and tried to eat my dinner. After using the chopsticks with my plate full of food â I also realized why they use a bowl â itâs much easier to eat rice out of a bowl than on a plate!

First Come, First Serve
Restaurants also had this weird habit of bringing out food in no particular orderâ¦when it was ready, they brought it out. The concept of waiting until everyone had their food in front of them and then eating together was non-existent. This was a bit frustrating at first â but you got used to it. I was so used to it that while ordering at one restaurant they asked us if we wanted one of our items as a âstarterâ I looked at them confused and said âstarter?â The shock about made me fall out of my chair!

The circus is in town!!
When in Hoi An I was walking back to the hotel and all of a sudden you heard this deafening loudspeaker â and it just wouldnât go away. I was annoyed as it seemed like a fly following me â and I couldnât swat it away. I turned around in anger to see where the loud noise was coming from and saw a government jeep with a red star painted on itâs doors and a Vietnamese flag flying from it. It had a loudspeaker blaring something in Vietnamese. No doubt â this was some type of propaganda from the government. It finally passed me and I was left with my normal hum of motorbikes and horns. That night at dinner I asked Huong what the jeep was all about. I described what I saw and he told me in all seriousness, âOh, they were probably advertising the circus coming to town.â I said, âThe circus?! No way was that an advertisement for the circus!â He didnât really elaborate much on the subject so I dropped it. Without a doubt there was some message being relayed by the government, and it wasnât the fact that clowns and elephants were coming to town! Every time I would encounter another loudspeaker jeep blaring something in Vietnamese (which was quite frequently) â I had to chuckle to myself as I thought about the circus.

Jingle Bells
I woke up one morning to the sound of Christmas musicâ¦I immediately had that sense of panic sweep over me â where am I, what country am I in, what month is it? Once I realized that I was in Vietnam and it was March â I was even more confused! For some reason in some of the tourist destinations you would often find men walking around pushing a big scale. The scale contraption would play music â often a medley of Christmas songs. I have no idea how the Vietnamese got the idea that western tourists would want to pay money to stand o a scale and learn their weight and height while listening to Christmas music! Maybe the Government blared it on a loudspeaker jeep.
âWesterners are obsessed with their weight! You can make money easily by letting them weigh themselvesâ¦take advantage of the capitalist pigs!â
The Christmas scales were everywhere thoughâ¦they would follow you for blocks â thinking that maybe you would change your mind and did really have a burning desire to see how much weight you had gained during vacation. Then in some of the poorer areas there were men that simply brought a normal bathroom scale out on the street corner and tried to sell you an opportunity to weigh yourselfâ¦this was the getto version of the Christmas weight machine! Just think if at Christmas time in NYC, after you get done having a large holiday meal that you come outside the restaurant and there someone is that wants to weigh youâ¦youâd probably punch him. Needless to say â I never once saw anyone on any of the scales!

Road Rage
One of my crowning moments was when I taught Huong the meaning of Road Rage. I was riding on the back of a bicycle with him (it was very uncomfortable) for about 4km. It was dark, and the road was crowded with motorbikes and cars weaving in and out laying on their horn. Our little bike bell wasnât really effective. We were just about back to our hotel and my legs were throbbing since I had to hold my legs up the whole way to keep them from dragging on the ground. A car came speeding around us and stopped right in front of us â Huong had to slam on our bike brakes to keep from running into him. I said to Huong, âThatâs not right! That driver shouldnât have done that!â Huong just shrugged it off. I told him that in the US â we would yell at the person and give them the finger – and we call this road rage. He had never heard the term before â so I tried to explain it. He still had a blank look on his face. I decided that maybe it was better if he didnât understand. It may throw the whole country out of balance. This weird traffic and driving rules worked for Vietnam â maybe I shouldnât be teaching them that it was wrong to cut people off â it would upset the order of things and then it would really be chaotic!

I leave Vietnam tomorrow, and it will be a sad parting as with most of the countries that I visited. When you stay somewhere a month, it gets under your skin. Vietnam went to another level and got to my intestines too…but that’s all part of the travel trials and tribulations! I know that I will miss it as I travel through Europe. Strangely enough, I think I will even miss the constant questions, “Madame, you buy from me?” As with most countries though – I will miss the people most of all. Their smiles, their hospitality, and their desire to shake my hand.