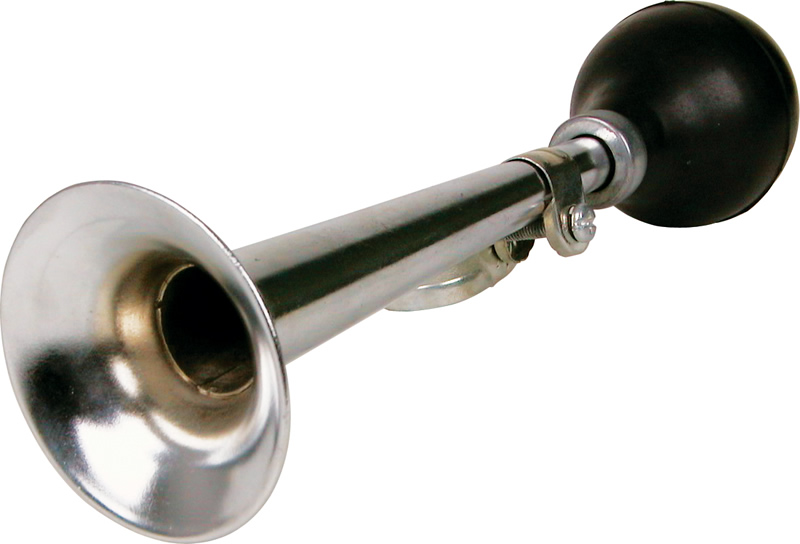 No matter how hard I try, I just canât do it. I lose the mental battle every time. I tell myself to be calm, patient, understanding â but then it happens â BEEP, BEEP BEEEEEP, BEEP, BEEP; and after the 3rd time of being serenaded by this noise I just canât be mentally strong any longer. My culture seeps in and I inevitably get angry.

Horns take on a whole new meaning in Asia. I am constantly struggling to remind myself of that. One interesting thing about living abroad is that you become much more acutely aware of your own cultural habits and actions. I realize that my American culture is impatient and loud, and we like to eat sweet things for breakfast. We value equality and freedom to choose, we believe that sidewalks are there to keep pedestrians safe, we like rules but we love to challenge them in an organized manner, we like the ease of having a price tag tell us how much things cost, we love our privacy and personal space, and finally â we think a horn on a vehicle is there for emergencies and becomes an extension of our voice when we want to say âLook out!â, or âYou idiot!â, or âAre you an imbecile?â, or my personal favorite âFuck you!â

Asians in general are quiet, save face, donât mind having no personal space, think that sidewalks are there to park and drive motorbikes (ok â this just applies to Vietnamese), they like savory things for breakfast, they follow rules and donât question authority, they donât mind bartering for everything, and they think a horn is there to nicely announce their presence â âHey, Iâm here on your rightâ¦just wanted to let you know.â, or âHello there, Iâm going to go around you now, so please donât make any sudden movements.â

Iâve been able to deal with all of the other differences; however the âGreat Horn Divideâ eludes me.

You are even asked to blow your horn!

I have been unable to retrain my brain on the meaning of horns. Yesterday as I drove my motorbike to work in rush hour traffic, I found myself on a one way street. The street had two lanes; the rule of thumb is that the cars/buses have the left lane to use and the motorbikes have the right lane to use. This works pretty well and keeps traffic moving; a must when there are 5 million motorbikes in a city of approximately 7 million people. This âleft lane cars, right lane motorbikesâ means that if you are on a motorbike, you can generally get around quicker than by car. Motorbikes can be maneuvered easier than a car, so we zip along a little faster. Even though the cars are slower, they have air conditioning and protection from the rain and pollution; itâs all about trade-offs I guess.

As I was zipping down the right lane with the rest of the motorbikes, I became aware of a horn behind me â 3 little fast beeps â it kept getting closer and closer. I looked in my mirror to see what the commotion was and saw a white Mercedes in our right lane beeping at the motorbikes. The Mercedes was parting the sea of motorbikes by âpolitelyâ and continuously beeping letting people know that they were coming through.

The beeping was getting on my nerves since my brain was interpreting it as âMOVE YOUR IDIOTS!â I had a little mental conversation with myself and said â this doesnât mean that heâs yelling at you Sherry, this is just a polite gesture, this is actually a nice thing that he is doingâ¦very niceâ¦.just a little warningâ¦no problemâ¦heâs not âtalkingâ to me personally, heâs talking to everyone.

The honking continued as he was right behind me now. I looked in my mirror again and became upset that he was in my motorbike lane for no reason other than to get to his destination faster as the left hand âcar laneâ was moving slowly. However, I told myself to remain calm; I was doing nothing wrong, I was just driving along in my lane being beeped at. No other motorbike seemed to be moving out of the way much, the drivers had tuned out the horn noise and kept on going. I tried to tune out the horn noise by thinking of the incessant horn as if I were being serenaded nicely. Even though I had decided that I wasnât going to make an effort to move for this car, I still wanted to try to see the horn as someone giving me a pleasant reminder and not someone yelling at me. I spoke to myself â âFind your inner Asian – Calm, calm, calm.â

The horn continued. My mental wall eventually crumbled and the American culture started invading my brain as the honking continued and continued. I was mad, I wanted to turn around and scream âFuck you!â at the car. I imagined doing just that.

But I refrained. I let the anger roll around in my brain for a bit and didnât allow it to come out of my mouth.

After I arrived at my destination I chastised myself for allowing myself to break under the horn pressure and allow my old culture to seep back inside my brain. However at the same time, I looked at it positively; I didnât actually turn around and yell. I restrained.

Maybe I havenât lost the battle after all. This could be the first step to making the cultural horn adjustment; only time will tell.