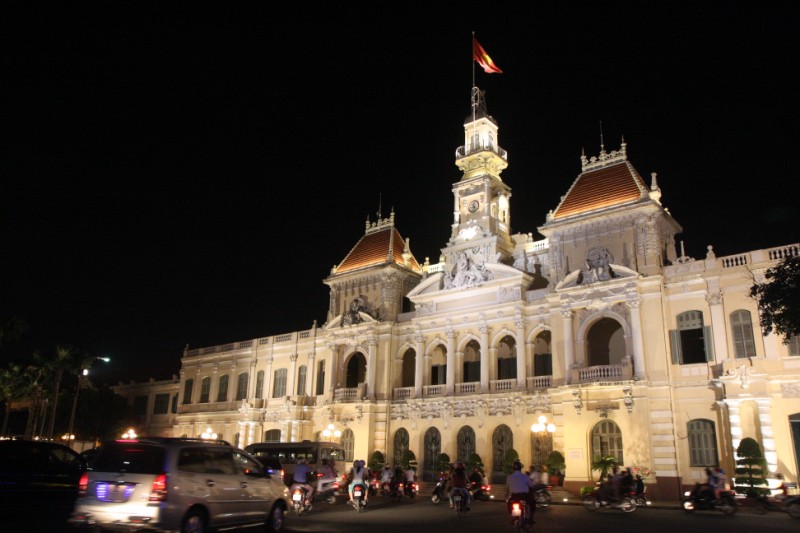 The motorbike has been rather stationary lately. Very stationary. Okay â I havenât moved it for 5 days. How did a whole week go by and I havenât touched the bike? Fear, laziness, excuses, tired; all of the above. Iâve been focused on other becoming legal instead.

License to drive; one would think that I would need one of these., but then again, this is Asia and there really are no rules. In fact, when Mr. Linh dropped by the motorbike he showed me how to start the bike and he showed me how to bribe policemen. Iâm not embellishing this â I promise. He actually gave me guidance on how to bribe officers if I was pulled over. I was never taught this when I was 16 years old in drivers ed. In fact, all I can remember about drivers ed is my teacher making me drive to Mr. Donut so he could get a bear claw donut and coffee.

Apparently, all you need to drive in HCMC is a motorbike, and about 200,000 dong to slip into an officerâs hand in a inconspicuous manner. Thatâs good news because my American driverâs license had expired as of my birthday last month. However, considering the expiration date says 02/12/2009 the world actually sees this as December 2nd, not February 12th, so I have cultural differences on my side. Then again, an American drivers license really does me no good here as no one follows the driving rules I learned anyway. Whenever you are in semi-developed country you are better off forgetting everything you learned at home; life is just easier that way.

Regardless, Iâm a law abiding citizen of the world, so I started to look into how to get a Vietnamese drivers license. Long story short, itâs not easy. My eyes started glazing over at the site of the 10 steps that it took which included things like having your old license translated, going to the ministry of âdrivingâ and waiting in line all day. I would bet $1000 that the DMV in the states would look like a cake walk compared to the licensing here.

I paid my 1.3 million Dong, handed over my necessary pictures and papers and hoped that some Vietnamese government office worker wasnât going to run away with my money. Granted, I wasnât the only one who did this; twelve of us from my school decided to put our faith in corruption and try it. Apparently I will find out in about 3 weeks whether I was scammed or not. In the meantime, I simply have to continue dodging the law and hope that my fake Vietnamese license is as effective as my fake college license!