You're humming the song now - aren't you?

What’s in a Name?

Iâm going to state the obvious â Iâm a girl. What I mean by that is I can exhibit typical girl traits at times; especially when it comes to my knowledge of cars. As long as I can remember, Iâve never really been interested in cars (I mean really, arenât shoes more interesting?).Â In factÂ the first car I bought was when I was 22 years old –Â Â a Ford Escort GT (the GT is very important Iâm sure).Â  I cared so little about cars that I kept it until I was 33 years old; when I finally donated it to charity since I was moving to NYC.

One of my first boyfriends in high school was a Mustang enthusiast. He had this cool old refurbished Mustang and I must admit, I liked riding around in it, but I never really understood his obsession with it. In fact, all I really knew about it was that it was an old Mustang; to me a Mustang was no different than a Honda Civic., it had four wheels and you used it to get from A to B. My boyfriend in college was also a car person, a Thunderbird owner. All I really remember about it was the color. It always amazed me when he would see a car on the street and know the make and model immediately and I would sayâ¦you mean that blue car over next to the red one? I have come to believe that all men are car people and I just never got that gene.

Iâve found the most interesting thing about cars isnât the horsepower or even the color, but instead Iâve always been fascinated with the names. I wonder who comes up with all of those names that are supposed to invoke greatness, swiftness, efficiency, quality, power, and an element of cool; some marketing genius no doubt. Plus I was always fascinated with the chosen names and how they fit the personality of the car; Mustang vs. Escortâ¦what more can I say.

Since motorbikes dominate in Vietnam, Iâve enjoyed being introduced to a whole new pack of names for vehicles which are also supposed to invoke swiftness, efficiency, quality, power, and an element of cool â all on two wheels. Here are a few of my favorites: 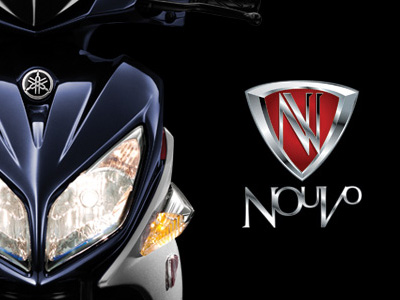 I personally think they should consider some new names such as the Honda Patience, or the Yamaha Wrong Way, or maybe the Suzuki Carry-Anything(and I mean ANYTHING). Then again, that might be a bit longâ¦but hell, itâs accurate. Regardless, Iâm sure that the various motorbike creative teams are working on the next exciting new set of names â I can hardly wait to see what they come up with next!