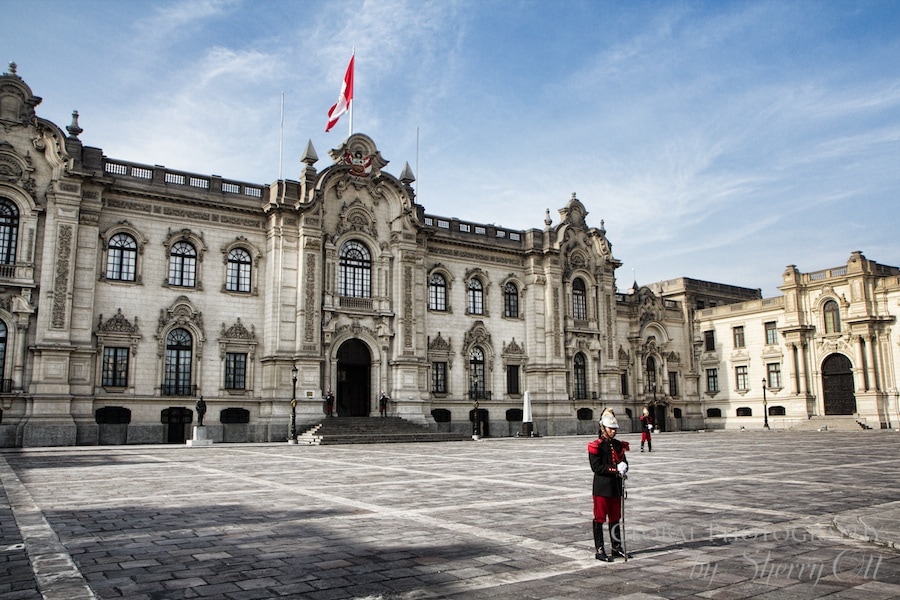 âWait a minute, I donât have my backpack.â Megan said as she searched around the back section of the car where the other 3 bags were. Frank, her father, was driving us to the airport and had just remarked âWeâll be there with plenty of timeâ as we merged onto the freeway towards the airport. Now things suddenly looked different.

In a split second, I was assessing the impact of Meganâs statement. Her lack of backpack was serious, it held her passport and we werenât going to get to Peru without it. Earlier that morning I overheard Frank teaching her the lesson of âalways put your passport in the same place and know where it isâ. Ironically he taught her how to put it in her backpack â which was now at home and not with her. She had the backpack on her shoulder but went to clean out her car and move a different backpack to the house and thatâs when it happened â habit took over. She put both backpacks down in her room and forgot to pick the travel one up. I can understand how it happened â an innocent mistake. Her travel backpack wasnât a part of her yet â it was still foreign. My backpacks are like my clothing â I feel naked without them. I know something is wrong right away if I feel too light.

The calm, confident air about the drive changed in an instant. There were now tense, raised voices â âAre you sure? Absolutely sure? Check it again.â Frank directed Megan as I looked on. Megan rifled through the back as Frankâs speed started slowing down. No â no backpack. As we turned around on the next ramp I instinctively knew Frank and I were both calculating our probability of actually still making it to the airport on time silently as to not alarm Megan. I was already considering the number of other flights from Minneapolis to Newark that morning that we could potentially get on and still make our connection to Peru. Strangely I was calm â very calm. Maybe 8 years of travel had really changed me. Or maybe since this was my 3rd niece I had taken on an international trip as part of the Niece Project, I had finally settled into being calm and about traveling with my nieces. Yet I will admit at the beginning of each trip I do still have this wave of panic come over me about being responsible for them â itâs a big weight on a single woman whoâs never had kidsâ shoulders.

Frank was on the phone to my sister, she was leaving the house with Meganâs backpack and passport as we turned around to meet her driving towards us. This cut a little time off our predicament, but I wasnât sure if it would be enough. We cut another 5 minutes off our time when Frank pulled a totally illegal move and drove over a median where construction was being done and we avoided the long detour to get on the highway.All the while preaching to Megan that she âshould never do thisâ. It seemed as if one of us were pregnant â it was a race against the clock.

Thanks to extremely light traffic through St. Paul â we were still able to make it to the airport exactly 50 min. ahead of the flight â about the last possible moment theyâd let us check in. Phew. First crisis diverted. After all – we were flying on Friday the 13th, we were testing fate.

We were off! That giddy excitement of a new trip with my niece was starting to build up in me as we got on the first flight. And despite the passport flub, Megan was a seasoned traveler â so we moved through our first flight with ease. However, Friday the 13th struck again and pulled us into the Newark tarmac vortex where we were grounded for 3 hours due to storms. As I updated the social interwebs about the Niece Project and the delay, people commented back saying the first lesson I could teach my niece was to never fly out of Newark.

However neither of us seemed to care much, we had built an extra day of sightseeing in Lima into the schedule, and United left the movies running, so we were pretty content to just be on the plane after our hectic morning. She got out her extra large bag of sour gummy worms so at least we knew that we weren’t going to starve while on the tarmac, however I may go into sugar shock.Â  As the flight took off we settled into our travel modes, Megan playing games on her phone and me taking notes on my laptop. She asked if I wanted to learn how to play the game she was playing. I shrugged and thought sure â this traveling with kids thing is fun â it gives me the chance to be a kid. Unlike most people I never use my phone to play games, in fact I donât even think I have one on my phone! But Megan was determined to make me a little more âhipâ â and I was willing â so she started my tutelage of the game 2048. My next lesson in teenager speak was emojis – you know â the little emotion icons you use in chatting or on snap chat. As up to date as I am on social media and technology, this world of teenager communication and games was all foreign to me. 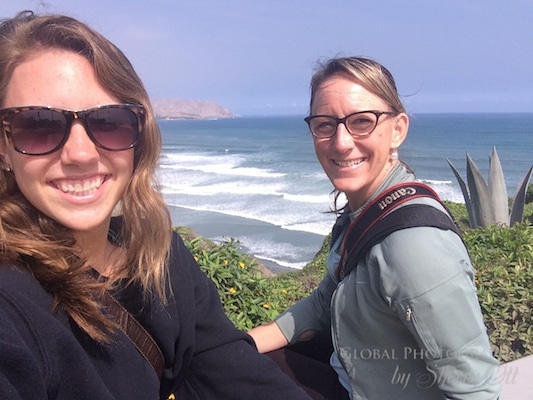 Megan and me at the cliffs in Miraflores Lima

We finally arrived at the hotel at 2AM, woke up the guard, and luckily they had my reservation and soon we were up in our room ready to collapse in bed. The next morning we didnât have to meet our Intrepid guide until 2PM so luckily we had the morning to be a bit lazy. I loved the fact that we had no jet lag to deal with â that is the beauty of traveling to South America. As we walked around Miraflores, an affluent neighborhood that reminded us both of the old expat life Megan used to live in Singapore, I could tell we were settling into traveling together. It was the most time we had spent together in a long time. Megan tried to dust off her 1 year of high school Spanish, and I tried to get used to being responsible for someone. We walked to the Lima cliffs and the beach, and went into Lima center. I was pleasantly surprised at how beautiful and different Lima was since 10 years ago when I was last there! We wandered aimlessly just talking â about college, Singapore memories, and her Spanish teacher. But my favorite conversations always come in the evening when we are about to go to bed â it seems like I always get so much insight into their lives and relationships with their friends and parents. It transports me back to my own teen years and life.

On the outside this Niece Project is supposed to be for them â to get to see the world, but inside, itâs for me. 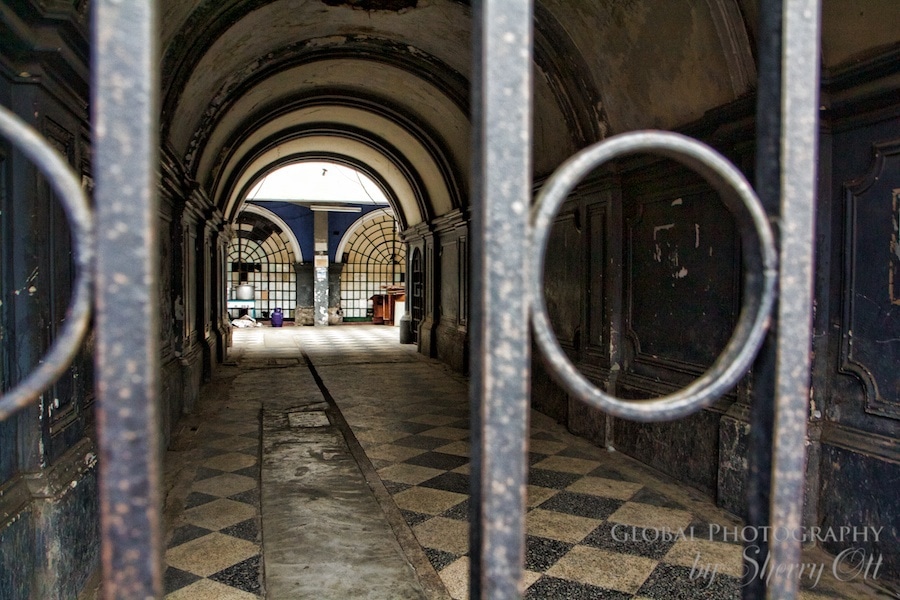 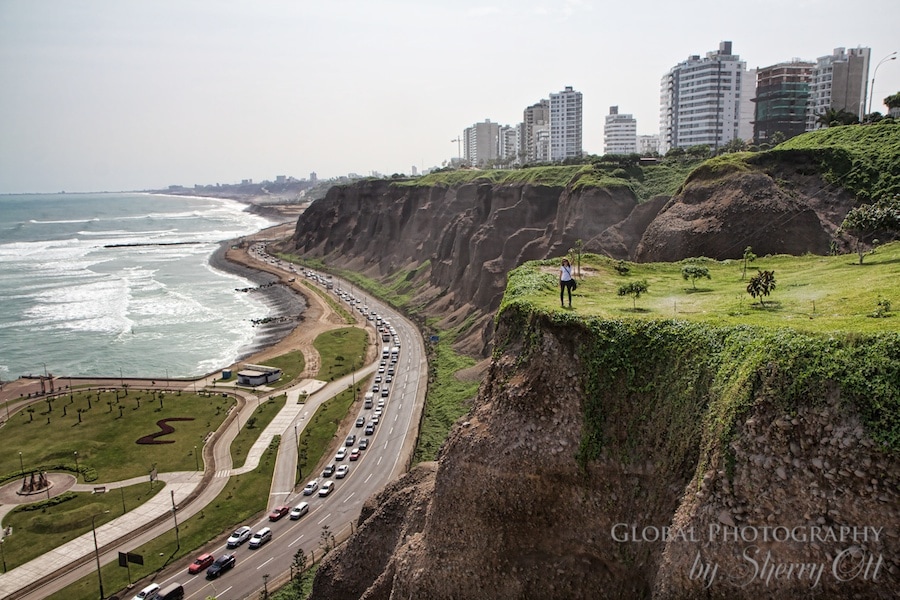 Megan on the cliffs in Parque Grau Miraflores 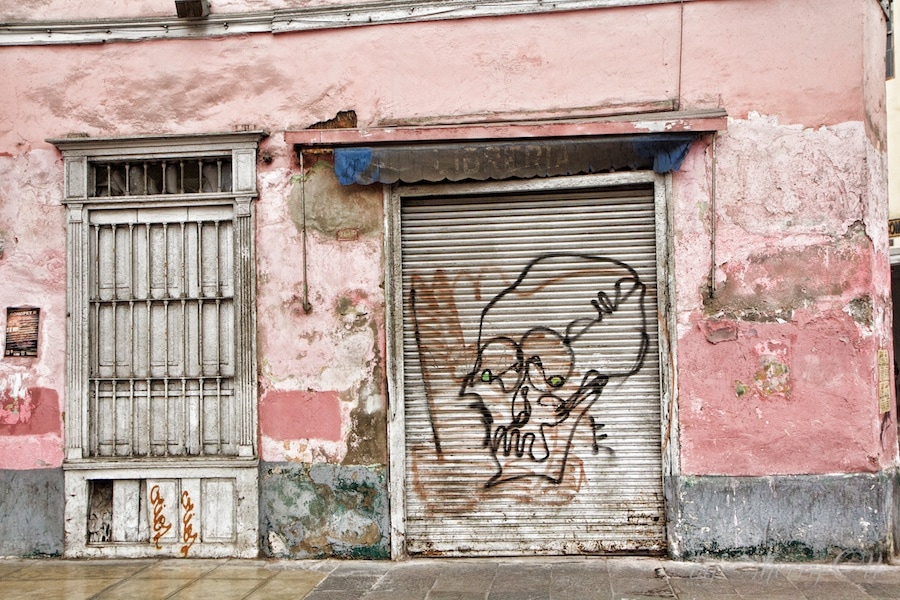 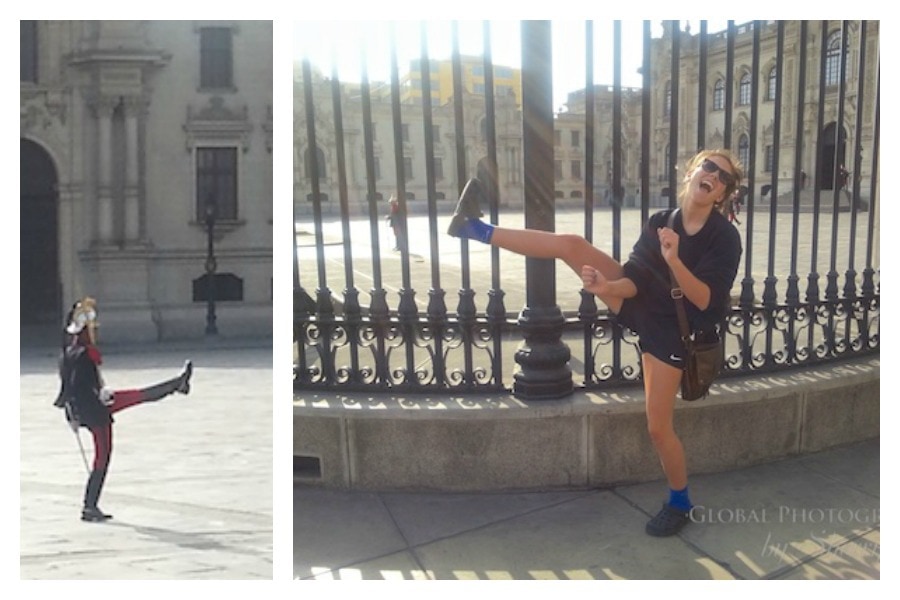 Megan attempting to mimic the kick of the soldiers. How’d she do? 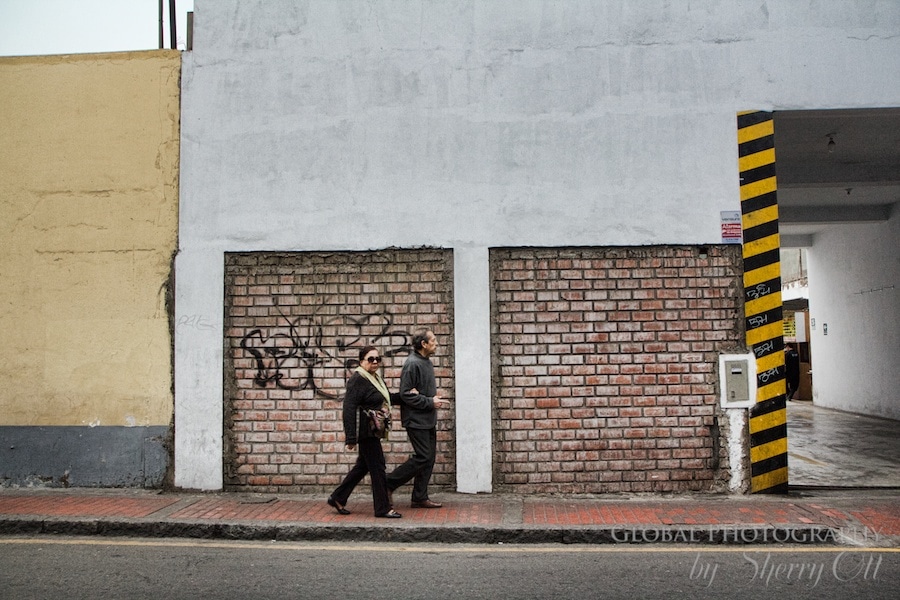 Another brick in the wall