A Teenager’s View of Peru 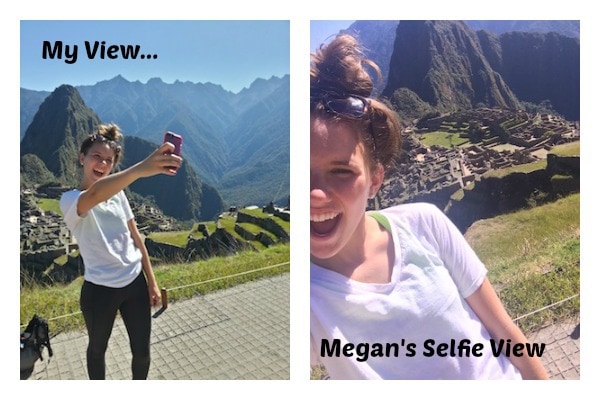 Megan looked at me before she entered the little simple bathroom in our hotel guest house in Ollantaytambo to take a shower. She said in an unsure voice, âI really hope thereâs hot water.â She then crossed herself as if she were going into Catholic mass and stepped inside. I was left doubled over giggling as she entered the world of unknown water temperature of budget travel.

Even though Megan is well traveled, this was the first time that she really was out of the comfort of traveling with her parents and had entered another level of independent budget-ish travel. I was actually happy to introduce her to this slightly unpleasant, but entirely fun mode of travel. And most days she did pretty well. But more than simply getting used to washing her underwear in the sink and hanging them to dry in the shower, or learning about the joys of poor plumbing and the word for plunger in Spanish – there were other great learning opportunities that happened along the way. 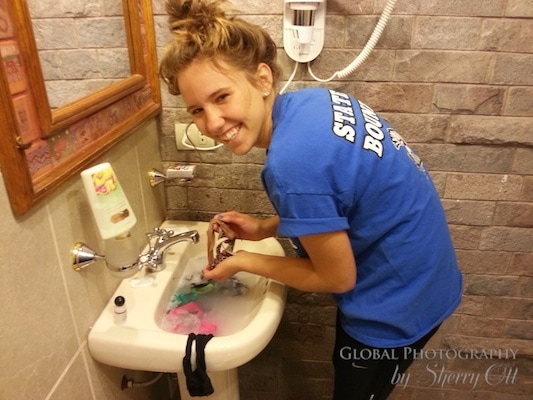 Washing clothes in the sink – she’s getting the hang of it! 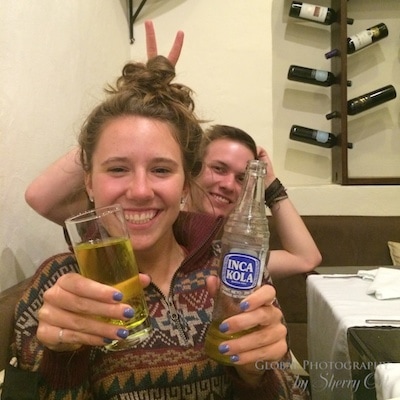 Her and Marcel goofing around in Cusco

âWait a minute, how many languages do you know?â asked Megan incredulously. Marcel, our fellow Intrepid Travel guest, answered nonchalantly by listing off 4 as he counted on his fingers. âHow did you do that?â she went on to ask. As her and Marcel discussed this language learning vortex I thought â this is why I do this and why I particularly love the Intrepid trips for the Niece Project. Even though Megan is well traveled, the value she gets from meeting young adults who are more worldly is invaluable. It may just make her realize that her struggling through high school Spanish isnât that bad after all. And there are people in the world who know many different languages no matter how hard they are to learn.

While flying into Cusco, I poked Megan and pointed out the window for her to look, âOh my gosh, Iâve never seen mountains like that before.â she says as she quickly unravels her headphone chord from her iphone and starts taking video for her One Second Everyday project. I adore this type of âfirst lookâ excitement. These were the first snow-covered peaks she had really experienced. One thing that I hadnât anticipated was her enthusiasm about the One Second Everyday project. I introduced her to the app before we left and suggested that she give it a try to document her 3 weeks in Peru. The app allows you to choose 1 second of video recording a day and then stitches them all together in one video. I loved this concept and luckily so did she. It became a really cool project that we both were into for the entire 3 weeks. Shooting videos â deciding what feeling or image she should capture for the day, making sure she looked just right (oh teenagers!) â all great things to bring some fun to the trip.

So â if you want to know what Peru looks like through the eyes of a teenager â watch her short compilation. I can only hope that itâs something she’ll look back on and remember fondly one day. And yes â Iâm crossing myself as if Iâm going into Catholic Mass as I type this thoughtâ¦

6 Responses to "A Teenager’s View of Peru"