The Next Niece – Destination Unknown 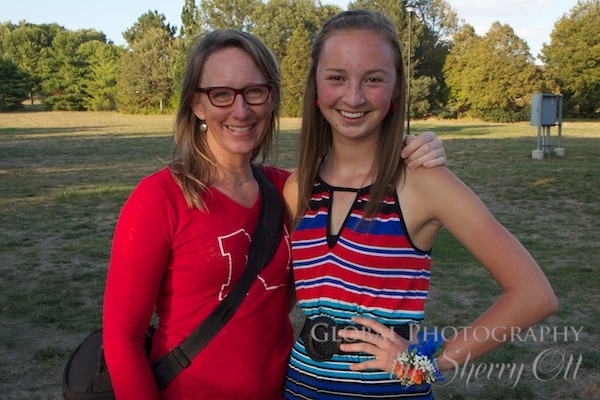 Evie and I this fall in Nebraska

Where in the world did she get a crazy idea like that? A 16 year old who has never been out of the country, no passport, and wants to go to Asia or Africa? Her exact words, âI want to go somewhere culturally shocking. So Iâve narrowed it down to Asia or Africa for sure.â I stare at the words in the email and then realize â oh yes â she is MY niece. Maybe, just maybe, I have more impact and influence than I think at times. My emotions flowed from shock to immense pride.

When I decided to start the Niece ProjectÂ â taking each of my 6 nieces on a trip anywhere they wanted to go in the world after the age of 16 â I hadnât really thought through it too well. I just felt that it was important for them to have a travel mentor since I never really felt like I had one â and hence why I didnât really have a passport until I was 30. I also must admit, I felt like it would be a much more effective way to bond with them rather than bonding over physical gifts for birthdays and Christmas. Bonding is a big piece of this project for me. After all â I never had any intention of having kids â and my nieces will be the family that I need to depend upon as I grow older solo.

But the project has yielded so many surprises to me â the latest was this apparent influence Iâve had on Evie (my brotherâs oldest daughter). I am in awe of her daring and desire to make this trip âsomething differentâ. It reminds me of what a dreamer I used to be at that age â yet I didnât have anyone telling me â ok…letâs go! And this summer we are going â somewhere apparently culturally shocking â but we donât really know where yet. We are still trying to figure that out.

However â first things first â before we can even get out of the country and start on our Niece Project travels this summer we have to get Evie a passport – something that no one in her family hasâ¦yet. When I was there visiting this summer I decided to get the ball rolling and lead her through the process. Iâve never gotten a passport for a minor â so this was new territory to me.

We went online to www.travel.state.gov/passport to determine the requirements which ended up being fairly simple:
1. Fill Out Form DS-11: Application For A U.S. Passport
2. Submit Completed Form DS-11 In Person
3. Submit Evidence of U.S. Citizenship (a birth certificate will do)
4. Present Identification (Driverâs License is fine)
5. Submit a Photocopy of the Identification Document(s) Presented (Step 4)
6. Pay the Applicable Fee ($135)
7. Provide One Passport Photo 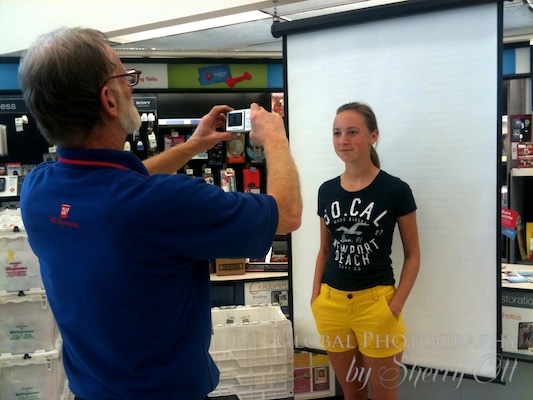 Evie getting her passport photo taken

Evie was able to fill everything out online and print out the completed form. Then one day when she had early dismissal from school we decided to go make an âinternational dayâ out of the process and go out for Vietnamese food and get passport photos taken. Who knew there was such tastey Vietnamese food in Lincoln Nebraska â but I must admit I was impressed. Plus â one of my favorite things about traveling with Evie is that she will try any food you put in front of her. She may be wary â but she will at least give it a try. I got her to fall in love with the Taro smoothie and bubble tea as well as the Pho. Over lunch we chatted about when she could travel this summer, what her goals were, and what types of places we could go to. Besides finding a place culturally shocking â(which is pretty much anything outside of Nebraska!), we also talked about her love of food and desire to meet locals. We talked about countries such as Laos, Japan, Burma, Rwanda, Kenya, Ghana, South Africa, Ecuador, Peru, and Mongolia. I canât wait to see where we may end up!

Next stop was passport photos where the little guy at the drug store also was eager to give us ideas on where to go for our trip. He was lobbying for Cambodia and Angkor Wat. With photos and application completed â now her mom simply had to take her to the post office and get the form submitted and paid for. 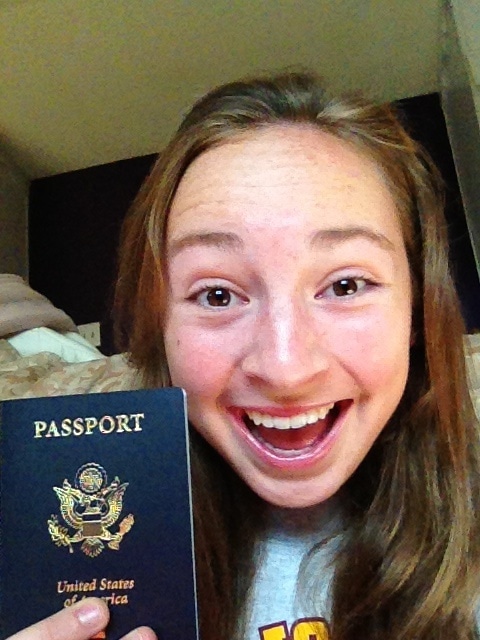 Evie and her new passport…a ticket to the world!

8 Responses to "The Next Niece – Destination Unknown"