Restoring the Past – Iolani Palace 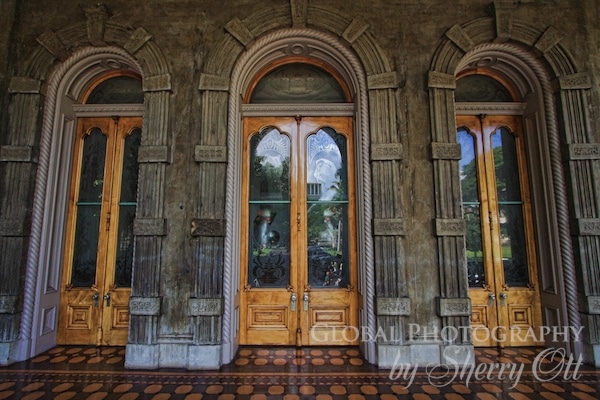 Enter into the Past at Iolani Palace in Oahu

The grand koa wood staircase was shining with a new coat of oil as the focal point of the room; itâs beautiful curves lead the eye gently from the second floor down to the first floor. Men and women dressed in ornate gowns and neck-restricting tuxedos floated around the staircase receiving each other with a proper handshake or curtsy. The party was just beginning as horses pulled up to the ultra modern palace depositing people of stature out of their buggies. The year was 1882 in the island nation of Hawaii.

Even though I like to live in the present, I couldnât help but imagine the past as I was led through the Iolani Palace in Oahu. The docent painted a perfect picture of arriving at a ball in the mid 1880âs â the sites, sounds, and even the dinner entries that would be served. 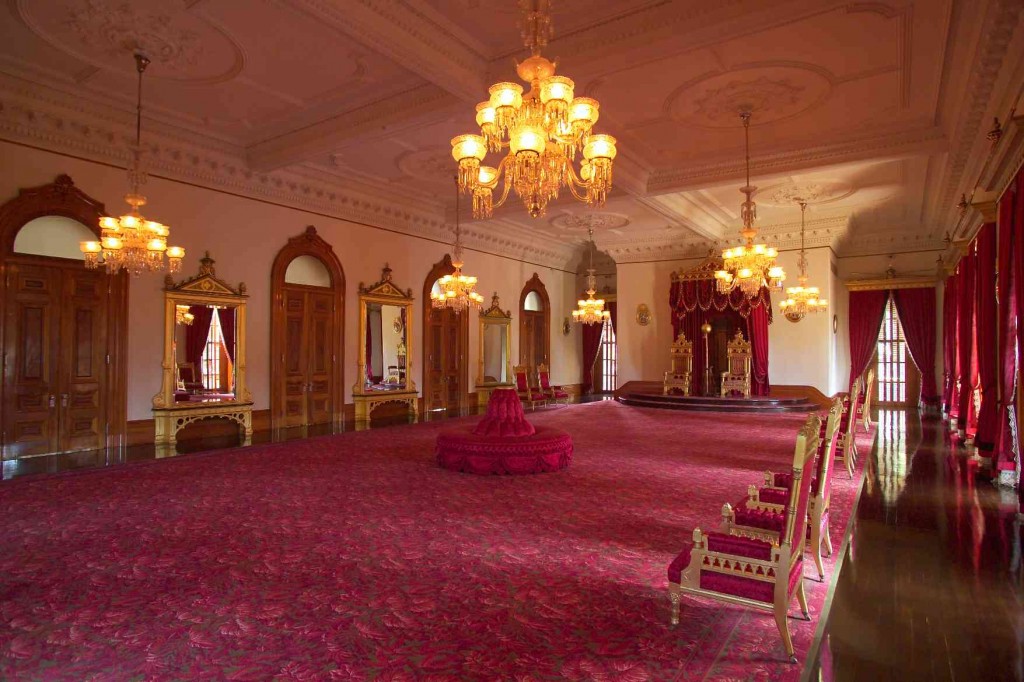 When I arrived in Hawaii the week prior I realized how little I knew about our 50th state which seemed to be but a few specs in the middle of the Pacific Ocean. After all, the Hawaiian Islands are the most isolated, inhabited pieces of land in the world. There is a whole history and culture here that goes beyond the beaches and tourism you normally associate with Hawaii. I was eager to learn more about it and a great place to start was Iolani Palace.

King KalÄkaua opened the palace doors in 1882 and it is known as the only royal residence in America (a fun trivia fact!). It was filled with the best that the royal family had to offer, luxuries like flush toilets and electricity; however I was mesmerized by the ornate woodwork framing each door, the art hung on the walls, and the large china vases decorating the rooms. However itâs the staircase that captures you; shining in a golden cherry brown, begging you to slowly walk down it as you lazily drag your hand down the smooth railing lingering for a moment in order to make a grand entrance. 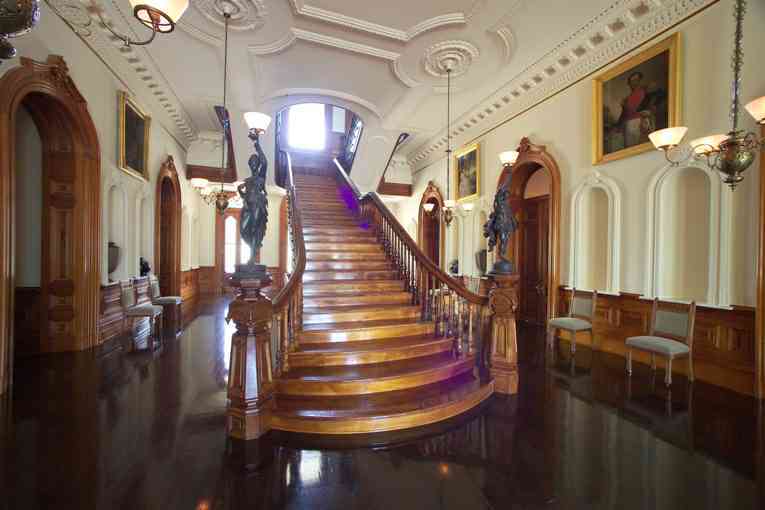 The koa wood staircase begging me to climb it! (Photo courtesy of Iolani Palace) 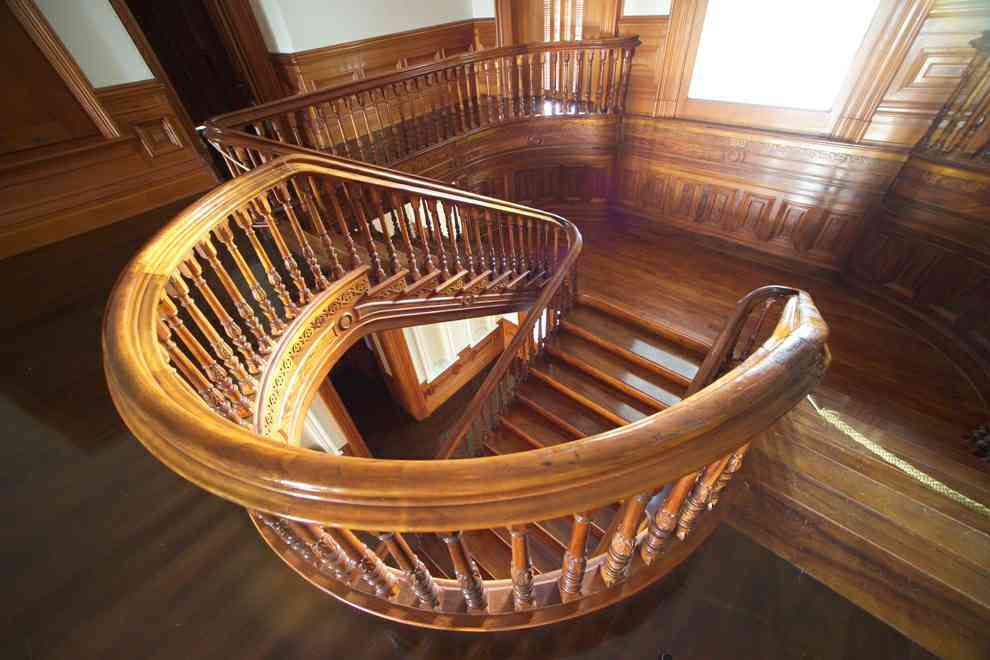 Yet due to the age of the residence and the need to preserve every inch of this beautiful space and furnishings, you are warned, reminded, and closely watched as you walk through the palace to ensure you touch nothing and go nowhere off the tour path. The tour starts by being given a pair of shoe âcondomsâ to slip on over your sandals in order to protect the floors inside. No cameras are allowed inside due to the effects of flash photography, and you are lectured on touching nothing. The no camera policy was torture to me as every way I turned my mind was composing the perfect picture in my head; I wanted to capture every detail, color, and curve. I was even restricted from taking a pen inside to take notes with, but they happily provided me an old fashioned pencil. The protection of this palace is very serious business and once inside you can understand why. 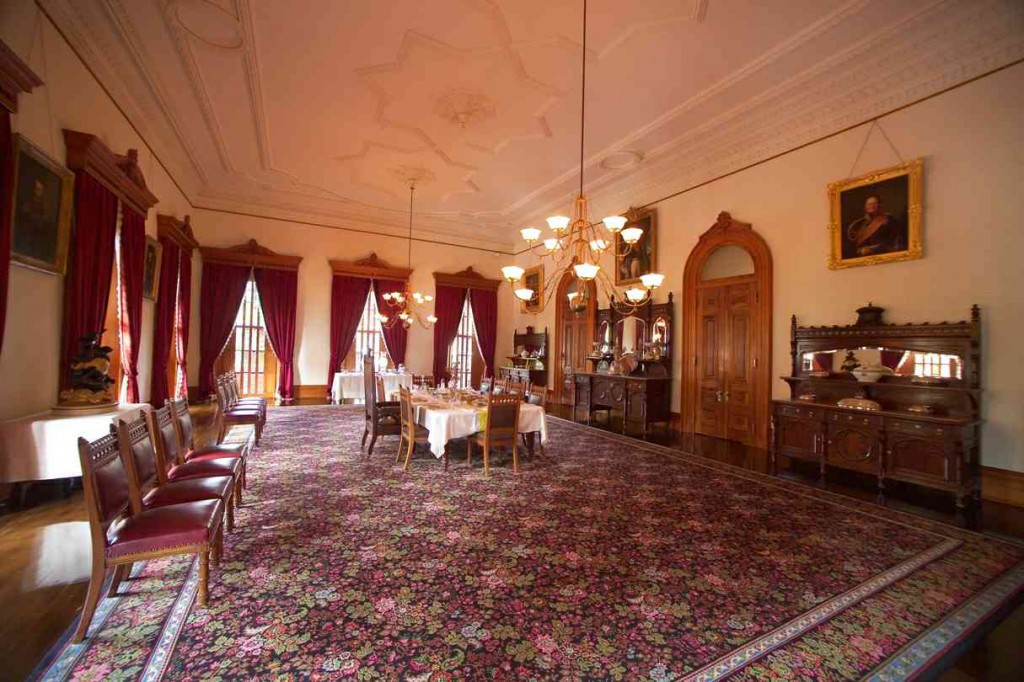 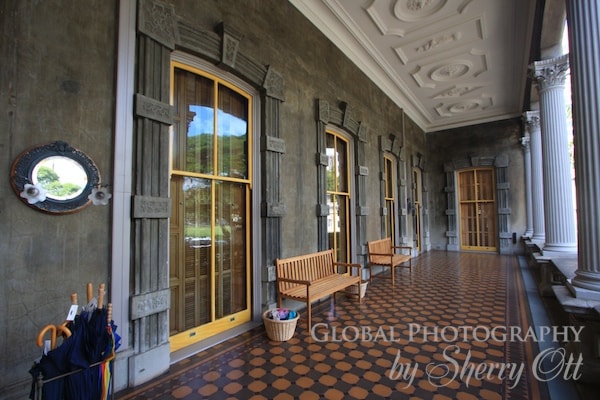 The porch provides a grand view

History of an Island Nation

The docent tour leads you backwards through history of what it would be like to attend a royal ball at the palace. From the grandeur of arrival, to the calorie laden dinner menu, to dancing all night in the ball room; the King and Queen knew how to throw a party.
However it wasnât all about parties in the palace, upon King KalÄkauaâs death, the palace became the official residence of his sister, Queen Liliuokalani, the last monarch of Hawaii. She was overthrown by foreign (American) plantation businessmen and put under house arrest inside the palace in 1893. You see the quarters in which she lived for years as the palace beneath her turned into a heavily trafficked government office building and royal items were stolen or auctioned off. 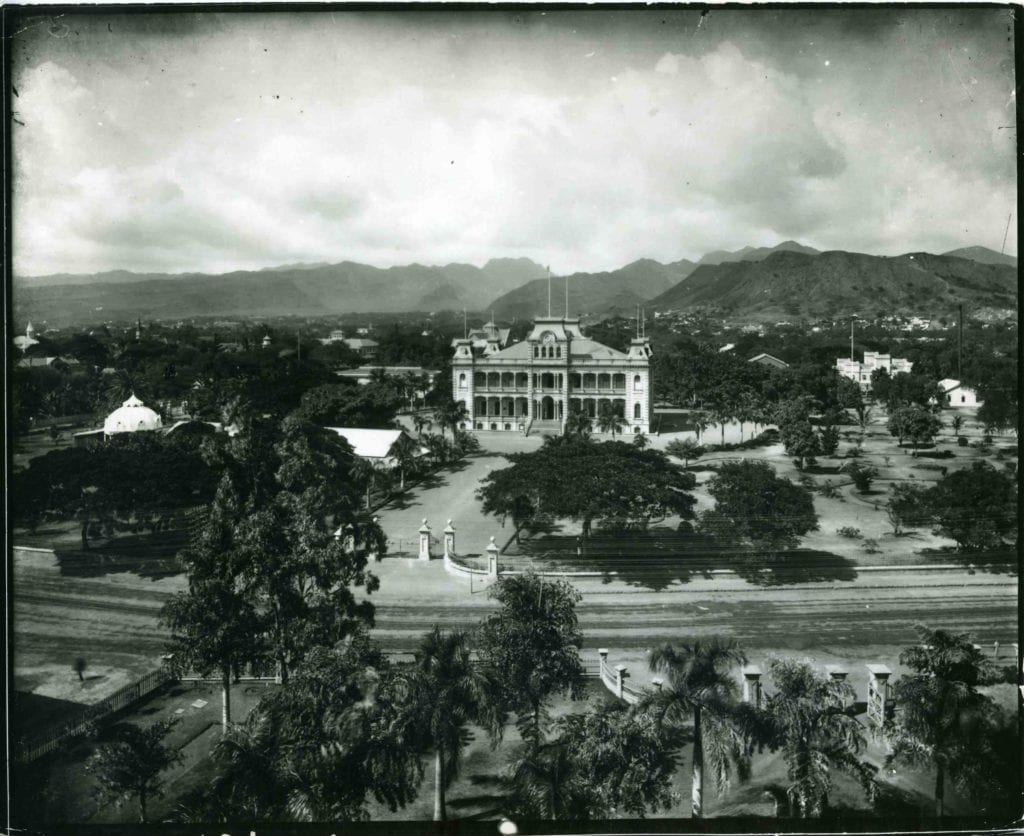 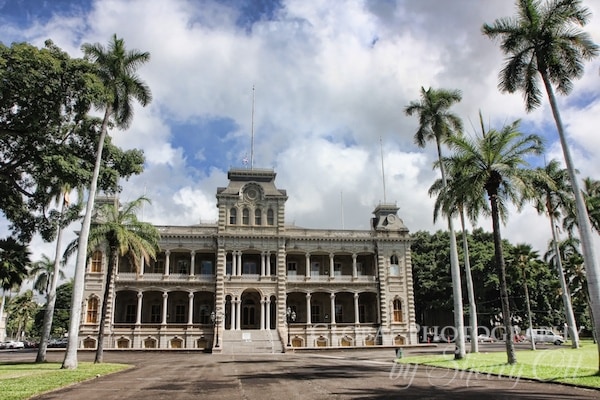 The Palace in 2012…just as beautiful!

I found this tour to be not only an architectural delight, but also a way to get more in touch with the history of Hawaii and the islands beyond the beaches and high-rise hotels. I would recommend it to any visitor of Oahu.
I could go on and on about what I learned about all of the cultural which has been lost over time, but I will leave that to more informed historical accounts. I suggest that before you take a trip to Hawaii, even if it is for pure relaxation and pleasure, you take a little time to educate yourself about the history of this island nation prior to American occupation. 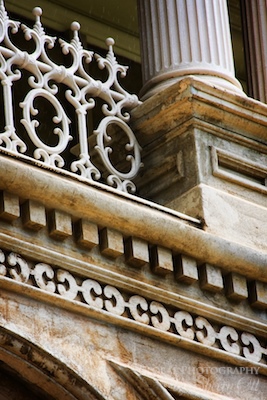 The intricate architecture details of the palace

Here are some great resources I found:

Book: Hawaiiâs Story by Hawaiiâs Queen Liliuokalani (prior to her being put under house arrest) â It covers the history of Hawaii prior to the overthrow and the overthrow itself. It also covers life in Iolani Palace and the island culture.

Movie: Princess Kaiulani – (2009) – The story of a Hawaiian princess’ attempts to maintain the independence of the island against the threat of American colonization.
View the movie trailerÂ
Many scenes were filmed in the Iolani Palace â you actually get to see people using that grand staircase! This isnât necessarily historically accurate, but it is a light and fun way to gain a little knowledge before hopping on the plane.

Talk to Locals: They are more than happy to tell you about the history and preservation of the Polynesian culture in Hawaii!

Disclosure: Iolani Palace hosted my docent led tour . However, all of the opinions expressed here are my own â as you know how I love to speak my mind!

4 Responses to "Restoring the Past – Iolani Palace"