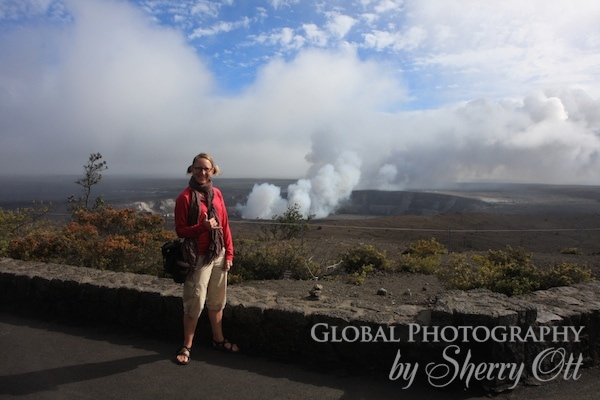 I pulled up outside of the airport and saw the flashing lights glaring, almost glowing, in the dark rainy night. I slowed down and pulled over hearing the gravel crunch under my tires. I flashed my lights twice as a signal that I had arrived. The van immediately took off and I followed dutifully.

But who was I following out of the Hilo airport? I honestly didnât know. I had simply followed the instructions on the text message.

I strove to keep up with the black van through the town of Hilo. But soon we had passed through Hilo; this was a bit confusing since I thought I was following these strangers to Hilo. But I continued.

The van turned off the main highway and I did the same. We climbed up a windy hill and through a small neighborhood from what I could tell. The hot humid air became cooler as we climbed. The road became a tangled mess of hairpin turns, curves and one-lane bridges. I never saw another car besides the black van I kept my eyes on.

It was at this moment that I felt overwhelmed and the thought occurred to me, what am I doing following these people I donât know? Is this safe? I was being led deeper and deeper into the countryside in the darkness and even if I did make it there, was free lodging worth this? Should I stop and turn around? Text them and tell them no thanks?

I followed my instincts. They havenât let me down yet as a solo traveler.

The van turned again, but this time onto a gravel road soaked with water and puddle landmines. The grass became taller and the tire ruts deeper, but I continued to follow these âfriendsâ.

I finally saw a house up on the hill that was softly aglow and thought â this MUST be itâ¦right? We pulled up the dirt driveway and the van pulled around the side and parked. I followed. Finally â I would meet these new âfriendsâ who agreed to put me up for a few days as a favor to Angieâs fiancÃ©.

I got out of the car and two men came to get my luggage with big grins on their faces. They introduced themselves as Brandon and Olivier and gave me a big welcoming bear hug.

Everything was going to be just fine.

This is how I kicked off my Big Island Adventure!Â  I had 8 days of exploring and adventure on this diverse island and this was quite a welcome! 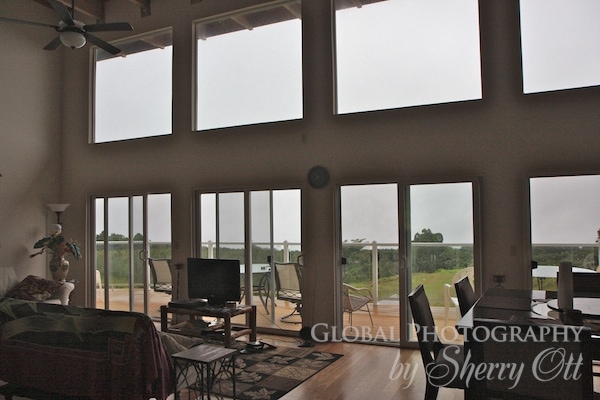 The Hilo house wasn’t too shabby! 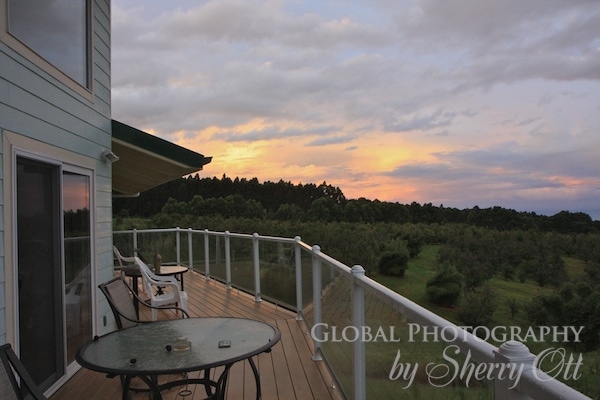 The view was beautiful when the sun came out!

As a solo, eternal traveler, I have to find unique ways to keep a very low budget but this may have been my strangest money saving technique yet. I was staying in a house in Hilo on the Big Island of Hawaii with a group of male construction workers. Yes, you read that right.

I didnât know any of these men, but they were working with my good friend Angieâs fiancÃ©, Scott. Scott had offered the house up to me as a free place to stay while I was touring around the Big Island. He said it was really big and comfortable; and there was also some mention of the fact that the guys would like the company! One thing I quickly learned in Hawaii, you take free lodging when you have it offered. So I said yes.

The house was full of 5 men when I arrived. They all introduced themselves and showed me to my palatial room/wing. Olivier had kindly given up his room during my stay and they had cleaned it all up and had fresh towels sitting out and an internet connection all ready for me. We quickly did introductions and they then promptly put on their boots, told me to help myself to anything in the kitchen and left for work at 8PM to work through the night.

This is how my 4 days at the Hilo house went. I would wake up in the morning to the smell of bacon, come out of my room, and they would have just gotten home and were cooking up a breakfast feast. If you donât believe me, just check out these bacon wrapped bananas, a dish passed down from Olivierâs grandmother.Â  And yes – if I’m at your house in the coming year – I will make these for you! 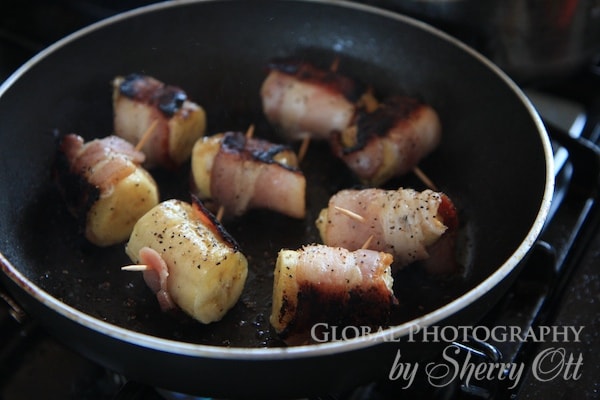 After breakfast, the guys would go to bed and I would take my rental car and tour around the island all day climbing up mountains and finding secluded coastal drives and waterfalls. Then around 5PM I would get a text from them telling me what was for dinner and asking me what time I would be âhomeâ. Iâd pull in with beer or sweets and they would be grilling hamburgers, baking salmon, or cooking a pot-roast! We’d eat together and then they would leave for work again. 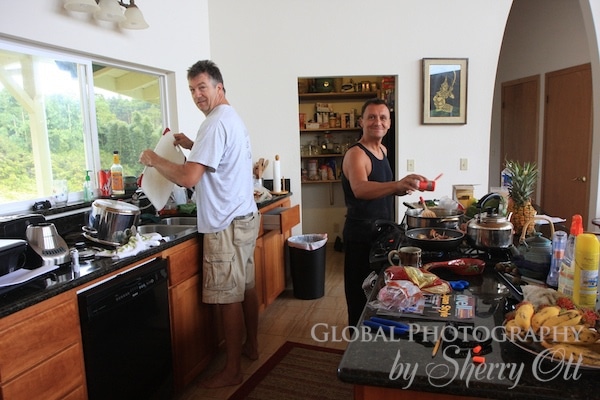 Rick and Olivier cooking up a feast!

As a female solo traveler, you have to trust your instincts. I seldom let my guard down when traveling and I skip a lot of opportunities because I donât really know the people offering to do things for me. However, normally I can always rely on friendâs recommendations and I certainly wouldnât have followed strangers to a place if I didnât have someone vouching for them. And as most things, the strangest experiences tend to be the best experiences.

My time at the Hilo house was so special. I didnât feel like a traveler, I felt like âpart of the familyâ. I told them next time they planned a project somewhere exotic they needed to put âhouse-momâ in the budget and I would fit the bill! I was sad to leave them all after 4 days, but I had to move on to other parts of the island. However, I made friendships that will last and I came away with a really great breakfast recipe!

Have you ever had to follow your solo travel instincts before?Â  Were your instincts correct?

Disclosure:Â  My Big Island travels were assisted by the Big Island Visitor Bureau.Â  They provided a portion of my rental car to get around the island in search of adventure!