Hiking to the Best Views in Hawaii 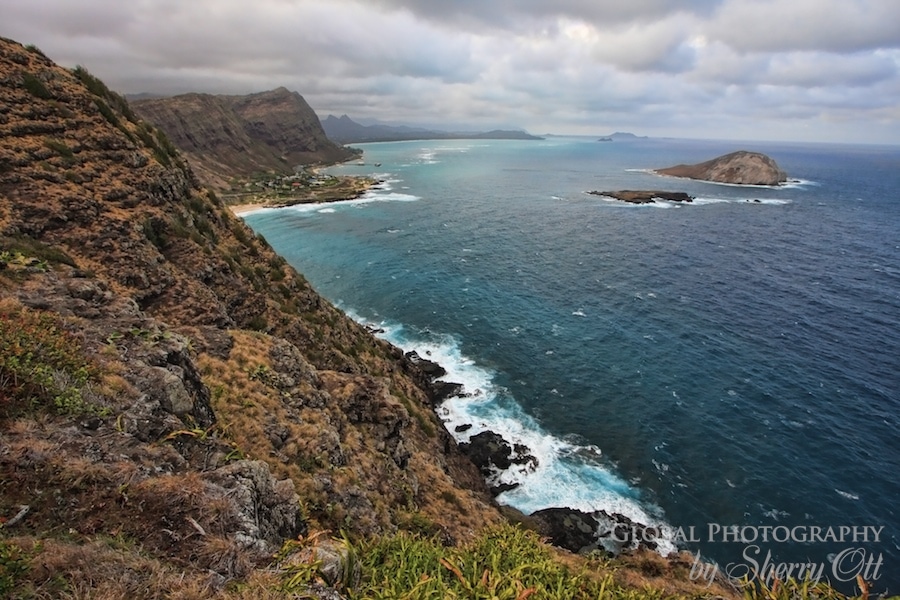 Hiking your way to spectacular views

Iâm a mountain person more than a beach person. I like to spend a little time at the beach, but lying there or participating in water sports hold my attention for only so long. My preferred beach time is about 1 Â½ hours and then Iâm done and long for a change of scenery.

So what in the world does a non-beach person do in Hawaii?

Hawaii is synonymous with sand, waves, lifeguards, and underwater delights but donât overlook the thousands of great hiking opportunities on the islands! While I was in Oahu I visited the beach occasionally, but I made sure that I found the trails too. Luckily I had a few friends on Oahu who also liked to hike and took me to some of their favorite and easy spots to get some spectacular views and a little bit of exercise.

This used to be the old highway used to get from leeward to windward side of the island. It was literally built on the side of a mountain barely hanging on â it was an adventure to traverse to the other side of the mountain no doubt. Itâs now been replaced with a proper 4 lane highway complete with a tunnel, but parts of the old highway is still there to hike on. To get there you have to go through tourists. They are there for the lookout and the spectacular view â but you can go much deeper than that! From the lookout, go down to the right and go past the âclosedâ sign away from the tourists at the lookout snapping photos. Take the old Pali Highway through dense jungle perched along the side of this lush mountain, you will be walking along old parts of the highway as you descend. Ron also picked fresh guava off the trees and we snacked on them on the way down! We hiked about 45 minutes down and then slowly turned around and came back up. You can hike all the way through to the end though. 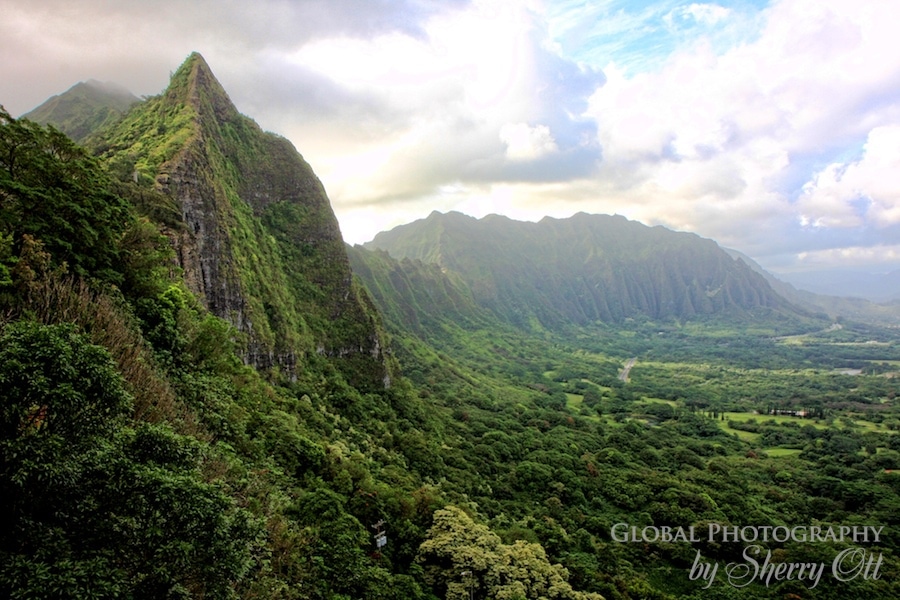 The view from Pali Lookout 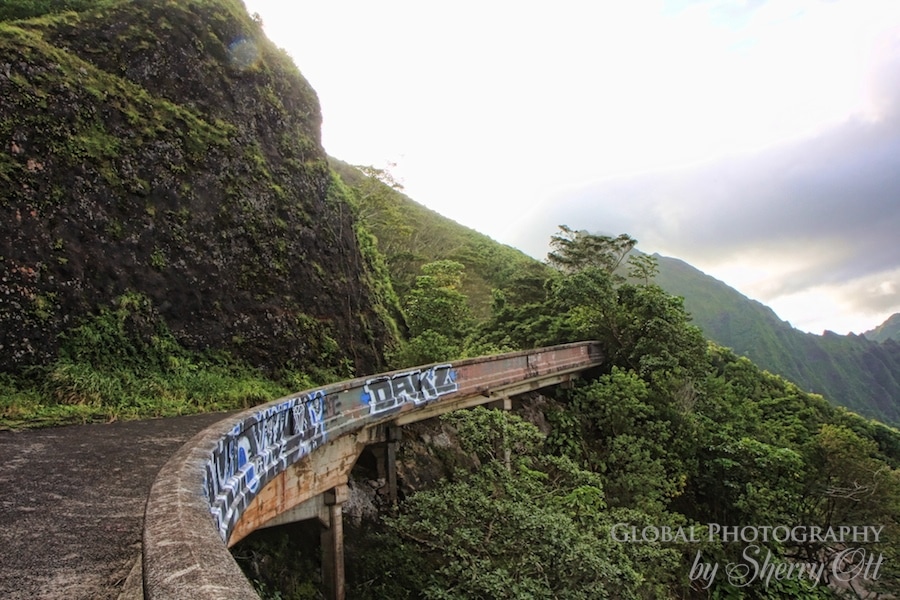 Remnants of the Old Pali Highway 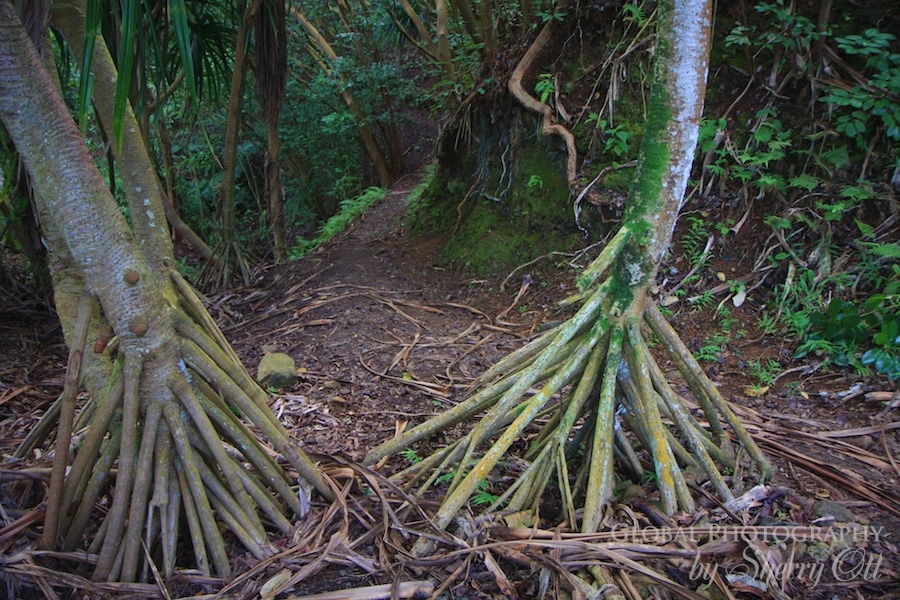 Difficulty: Easy (until you turn around and come back up!)
How to get there: You can start at the top or bottom. We started at the Pali Lookout (the top)
More information:Â  www.hawaiistories.com/eric/2005/04/24/old-pali-road/
www.oahumom.com/2011/06/hiking-old-pali-road.html

On the windward side of the island above the town of Lanakai are perched old army bunkers (pillboxes) on the ridge. They provide a spectacular view of the ocean and Lanakai below. This is a ridge trail so there are no trees or shade here â but you do get a strong wind keeping you cool. The hike took Yen and me about 1 Â½ hours, but you could do it much quicker if you didnât take as many pictures as I do. I also enjoyed a nice rest at the pill boxes and simply sat there and took in the view. Yen actually spent her birthday camping in the pillbox recently in order to watch the sun rise â a beautiful and brave idea! The best part is after you are done with the hike, you can go take a dip on that beautiful beach you peered down on from the top! 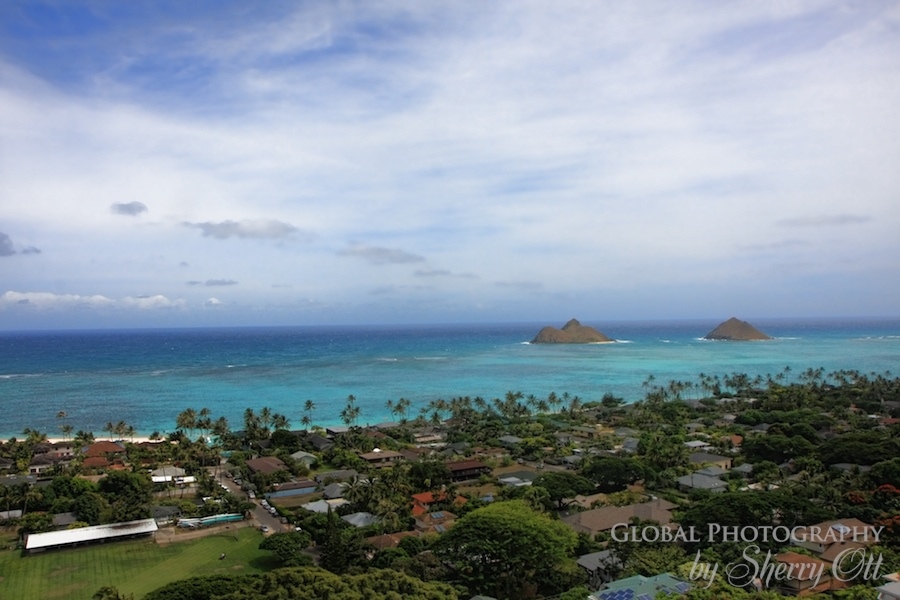 Not a bad view to stay focused on while climbing the trail! 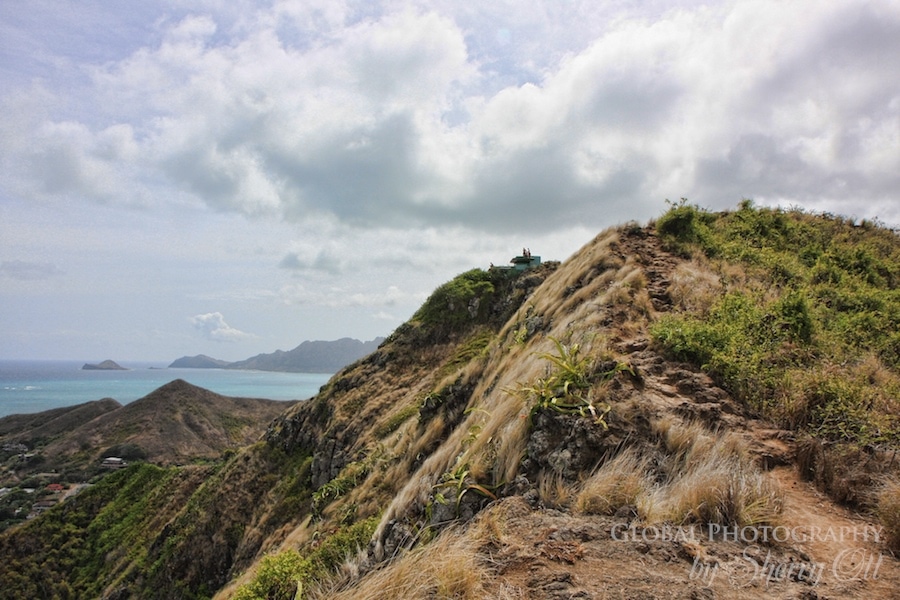 Hiking to bunkers in the distance 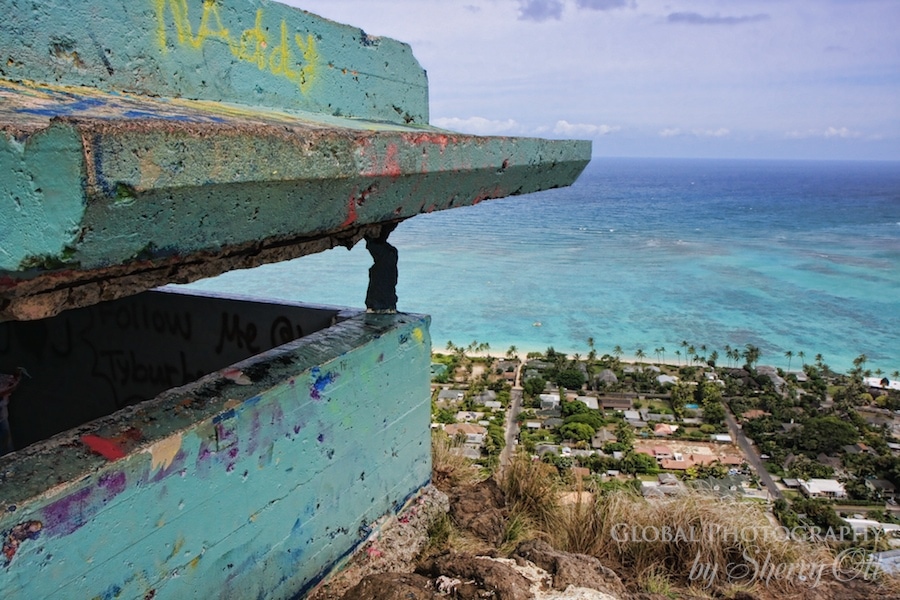 Difficulty: Intermediate – itâs steep in the beginning â but the steep section is short. You need to be sure-footed as you are on the ridge and you are scrambling around rocks, but I saw families with young kids doing it â so donât be too intimidated!
How to get there: You will see the trail head directly across from the Mid-Pacific Country Club. There should also be a small sign further up this âstreetâ indicating the Pillbox Hike.
More information: www.best-of-oahu.com/lanikai-pillbox-hike.html
www.trails.com/tcatalog_trail.aspx?trailid=HGP040-030

The lighthouse trail is an easy but rewarding hike taking you to a view like no other on the island. You hike upwards toward the only working lighthouse on Oahu, but you will end up above it at the end. You arenât allowed to get to the lighthouse as I certainly tried but was stopped by a big menacing fence! The trail is simple and paved the whole way but it does have a constant upward slope â good for the quads! There are no trees along this paved trail, so if it were sunny it would be a scorcher. However I went when it was moody, rainy, cloudy, and windy. The skies were perfect for photography and captured the massiveness of the island. 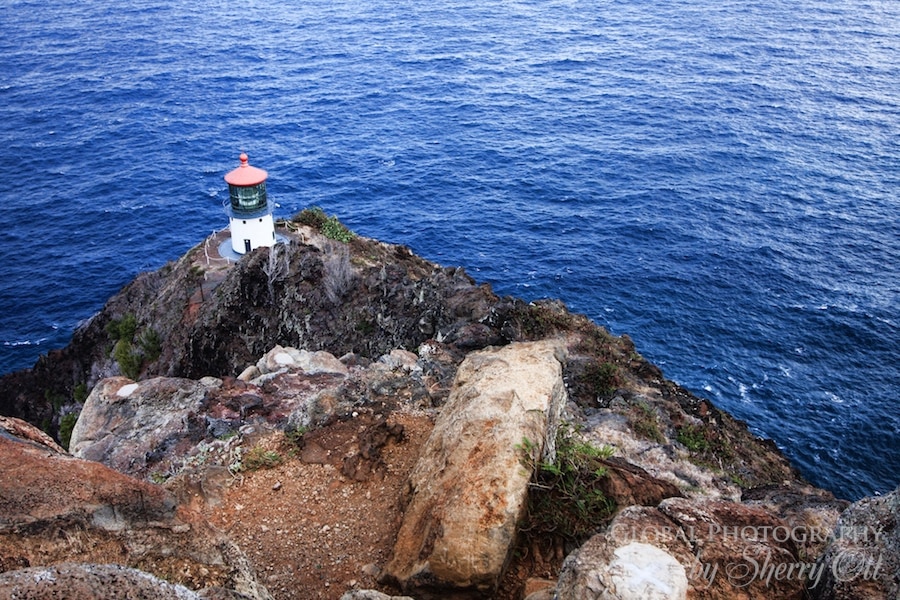 The sole lighthouse on Oahu 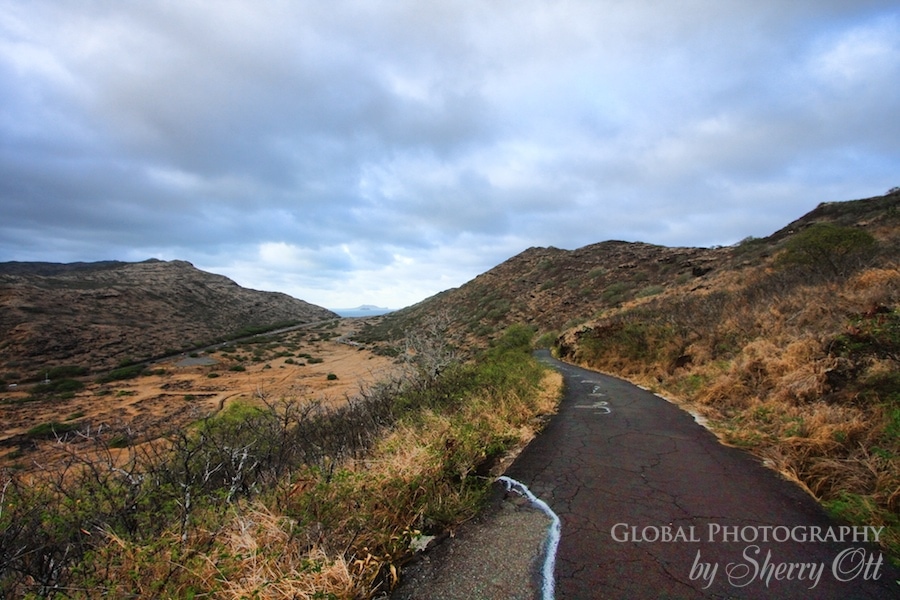 Paved trail from the parking lot…this is as steep as it gets! 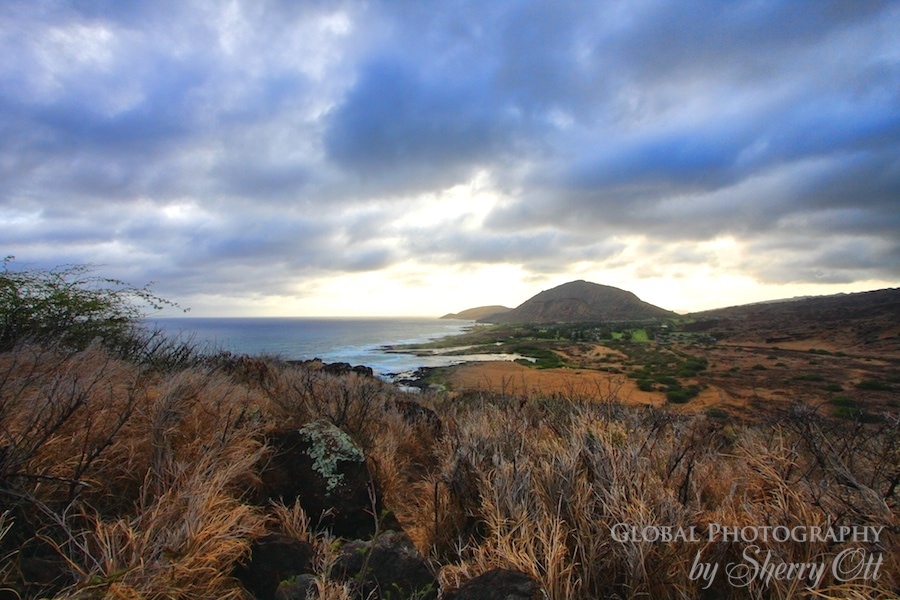 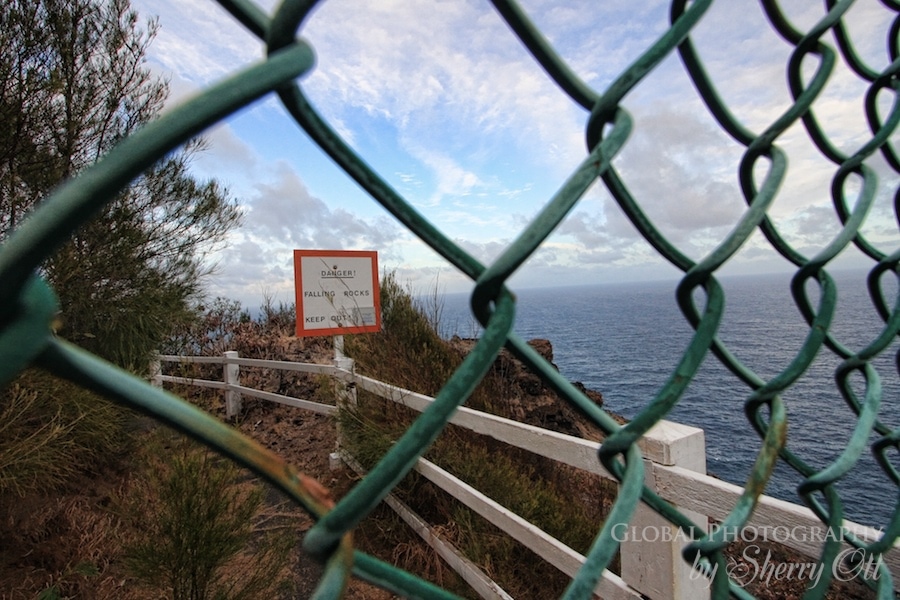 Blocked access – The lighthouse will have to wait for another day.

Difficulty:Â  Easy to sort of intermediate (only for the climb…but it’s completely simple!)
How to get there: The park and trailhead are located off of the Kalanianaole Highway (Hwy. 72) at the southeasternmost point of Oahu.
More Information: www.hawaiistateparks.org/hiking/oahu/index.cfm?hike_id=23
www.hawaiiweb.com/oahu/hiking_and_camping/makapuu_lighthouse.htm

Ron and I worked off our haupia (coconut) jello shots from the night before by doing this easy hike along the marsh. The Kawainui Marsh Trail, which is paved and runs through the marsh, is perfect for riding bikes as well as walking or jogging. It is about three miles long, paved, meandering through marshland with unobstructed views of the Ko’olau mountains. When we reached the end of the trail, we kept going up the hill and for a short walk on the highway to get to the Ulupo Heiau (sacred place). The massive stone platform of the heiau measures 140 by 180 feet. It was believed to be an agricultural heiau and offerings and ceremonies there were for improving harvests. Since this was a sacred place â I also decided this was the perfect place to leave my many leis I had received on the island. So hopefully I added a little bit of good karma to the taro crop planted below the heiau! 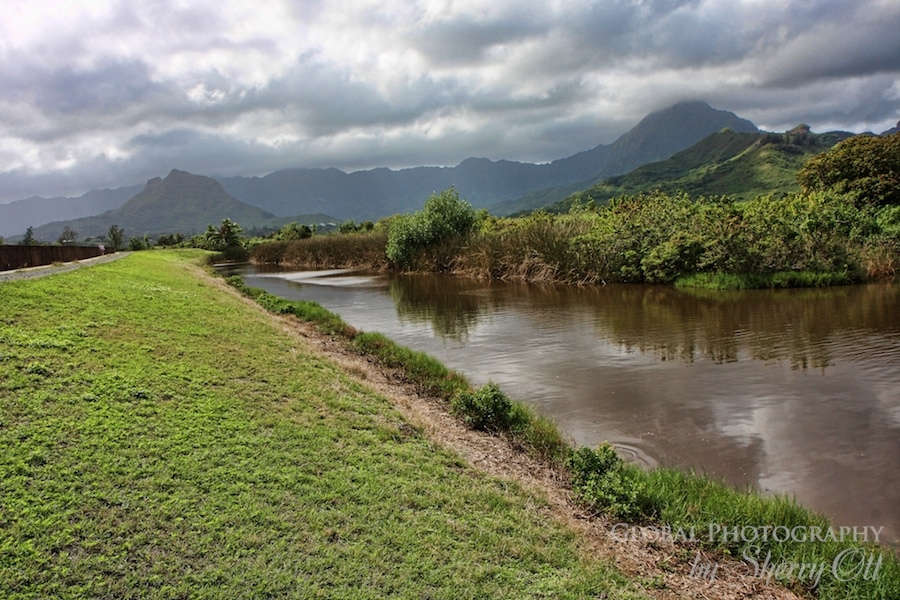 Beginning of the marsh trail 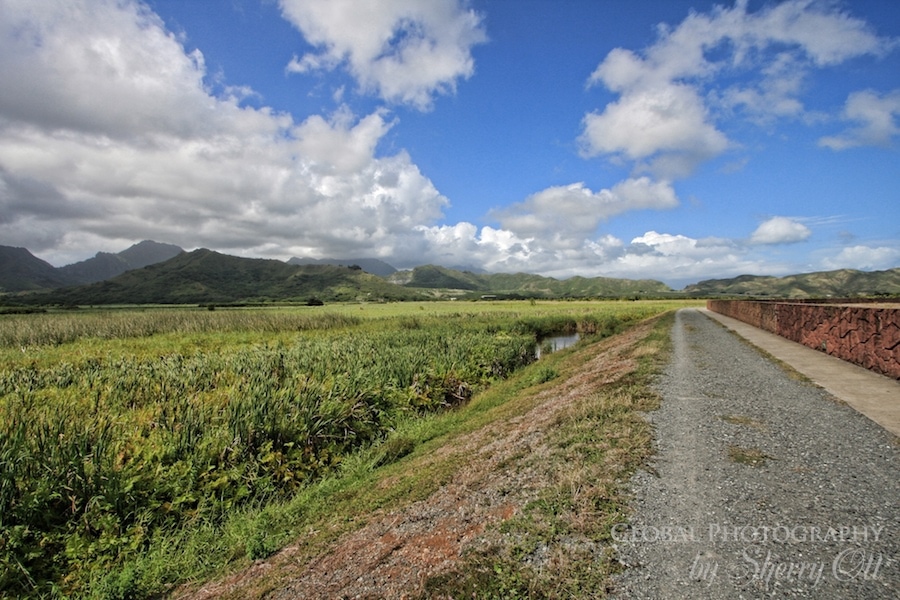 A perfectly groomed trail and landscape! 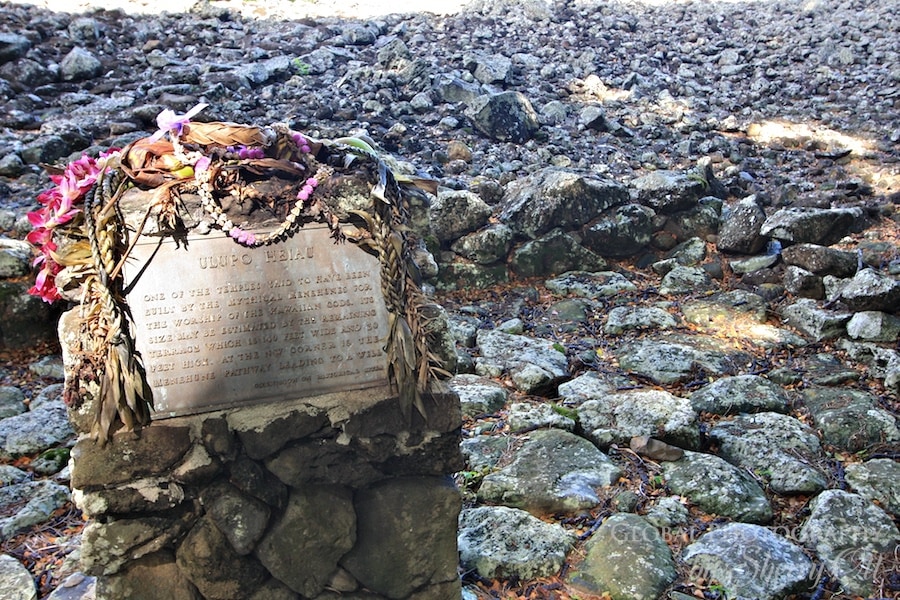 Difficulty:Â  Easy!
How to get there: Ulupo Heiau is a mile south of Kailua Rd, behind the YMCA. Coming up the Pali Hwy from Honolulu, take Uluoa St, the first left after passing the Hwy 72 junction. Turn right on Manu Aloha St and right again onto Manu O’o St.
More information:Â  www.aloha-hawaii.com/oahu/kawainui-marsh-and-ulupo-heiau/
www.hawaiistateparks.org/parks/oahu/ulupo.cfm

41 Responses to "Hiking to the Best Views in Hawaii"