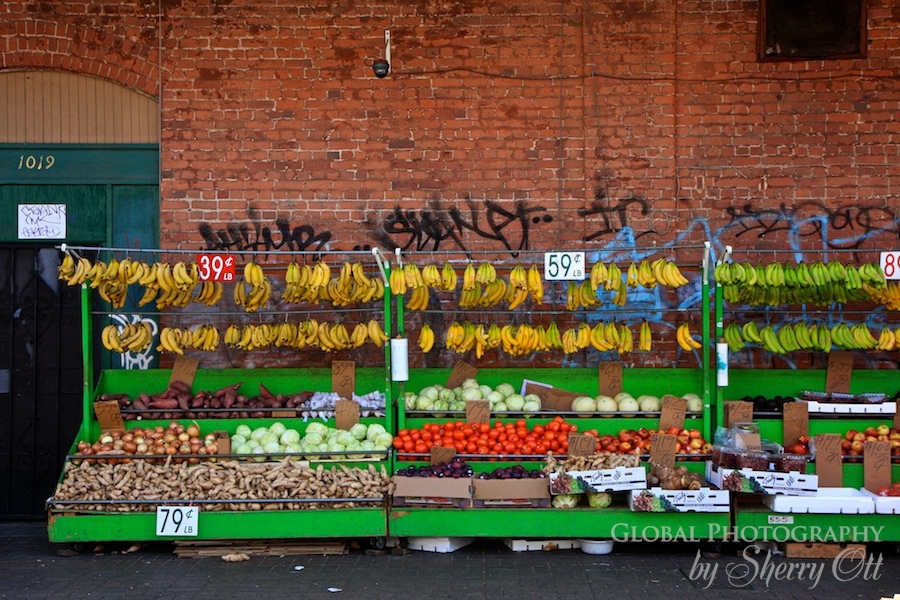 One of my favorite places to visit in any city is the ethnic areas.Â  For some reason when I visit them I feel more at home – I can’t really explain it. Â  They make me want to take photos. Â  So when I went to Oahu, Chinatown was high on my list to visit.Â  I was expecting to see a really large Chinatown since the Asian culture is so strong and represented in Hawaii, but I was surprised to find out that it only covered a relatively small area.Â  Maybe that’s because the Asian culture isn’t really restricted to one part of the city as it is in many cities – it’s pervasive throughout the island.Â  I saw Pho shops in Kailua and Asian fruit sold at stands on the North Shore.Â  So you don’t have to go to Chinatown to find the Asian influence and good markets full of Asian goods, you can find them anywhere on Oahu.

However Chinatown is worth a stop – especially if you are craving sesame balls like I was!Â  They even had coconut sesame balls which I found to be a nice island twist on the traditional red bean sesame balls!Â Â  The area is quiet and not necessarily crowded, so it’s easy to get around and browse the indoor markets.Â  However – be warned – you first have to pass through quite a large homeless population to get to Chinatown.Â  Once you pass the homeless people, take a stroll through the indoor markets and then stop have lunch at one of the food courts.Â  They are filled with Singaporean, Vietnamese, Philippino, Thai, Japanese, and Chinese food.Â  Then buy a few tropical fruits for dessert – don’t be afraid to ask the vendor what it is and try something new! 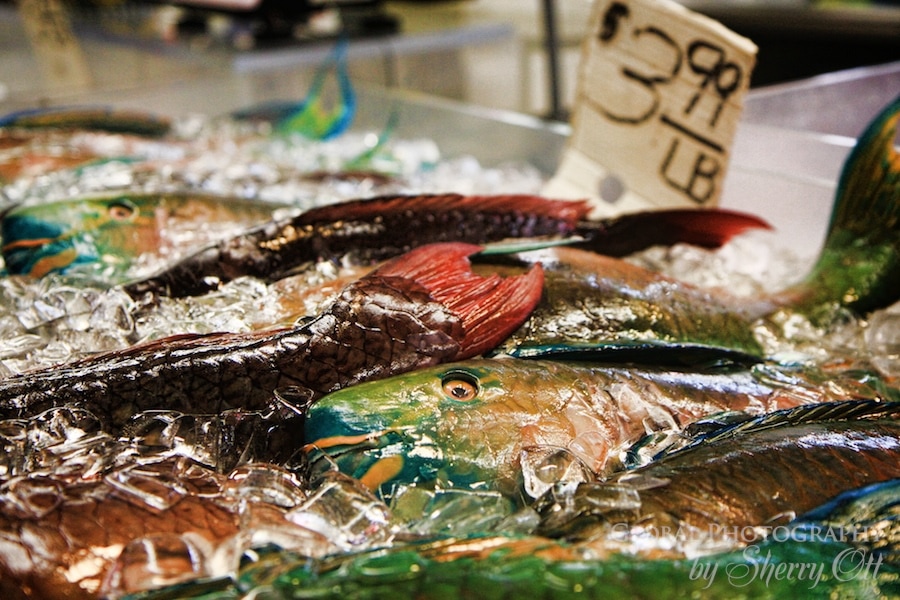 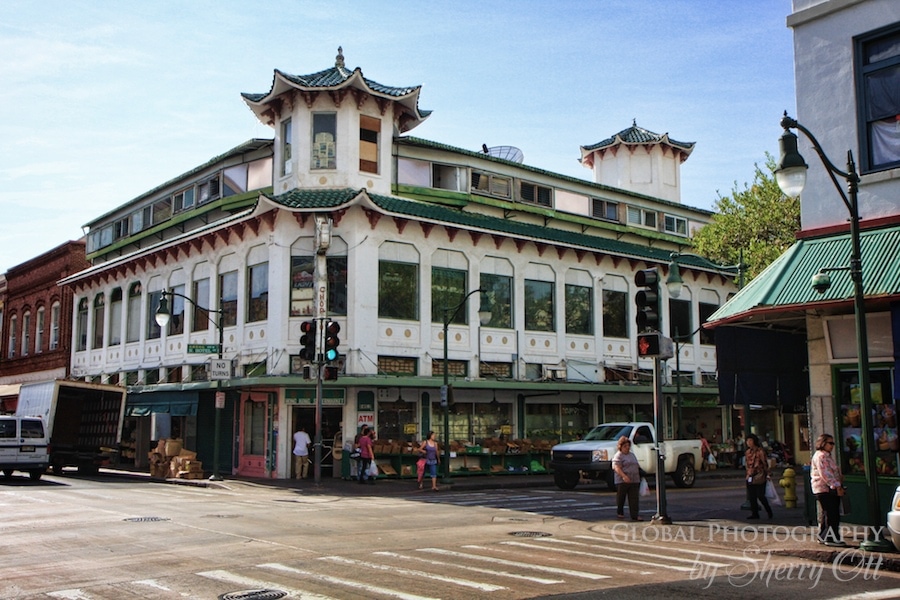 The slightly ornate building of Chinatown 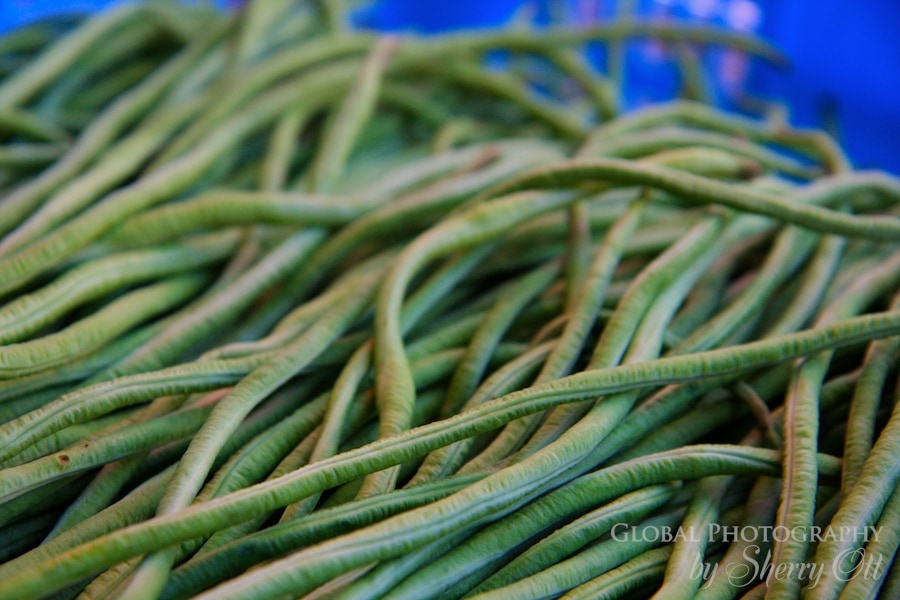 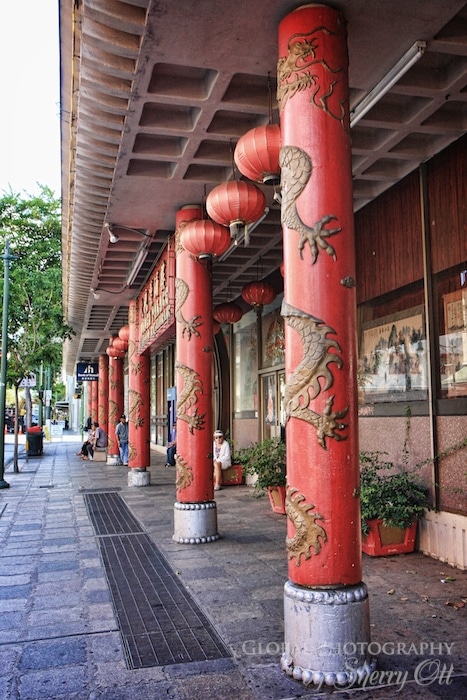 Dragons climb the columns of the buildings in Honolulu 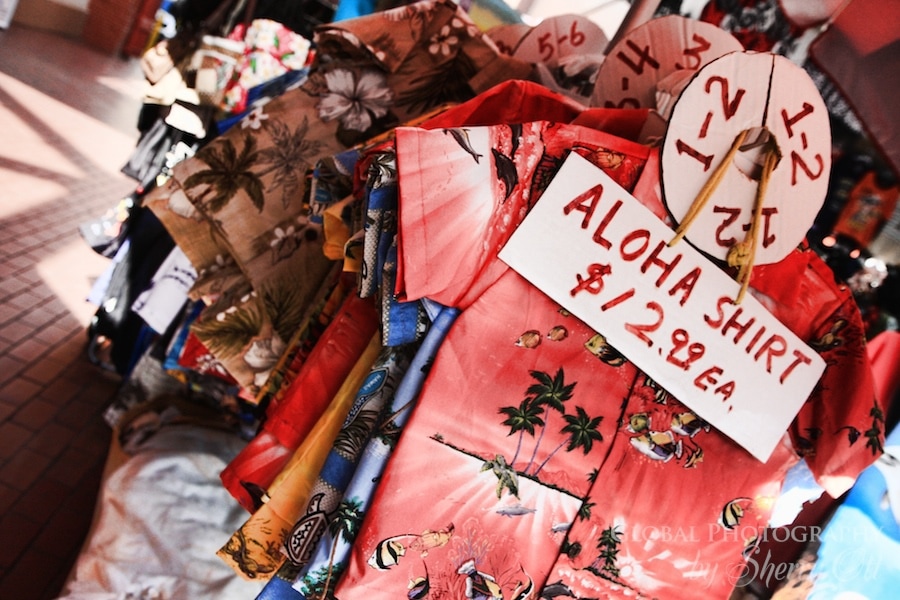 Like any good Chinatown – it’s not just about food…there’s always bargain shopping! 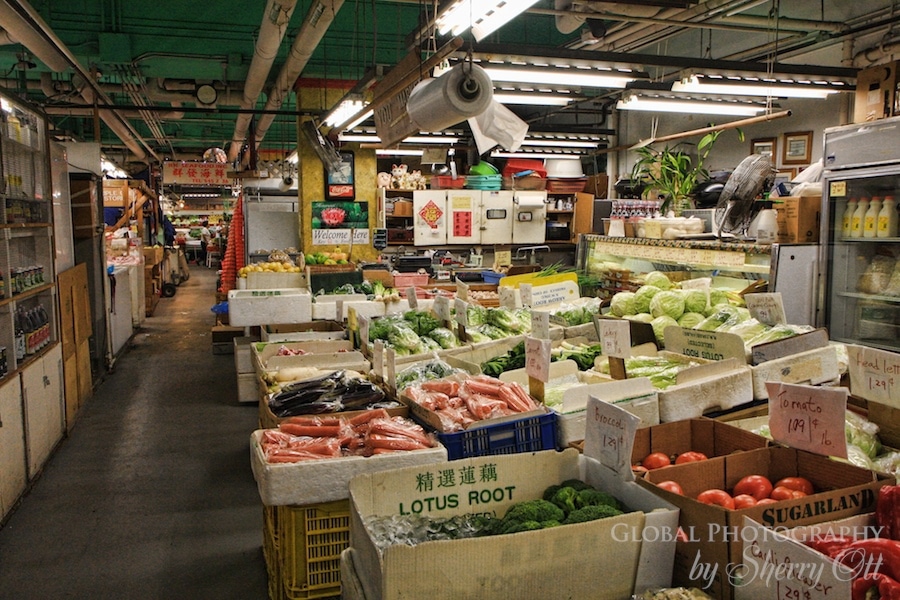 Honolulu’s Chinatown is rather organized and spiffy compared to most I’ve bene in! 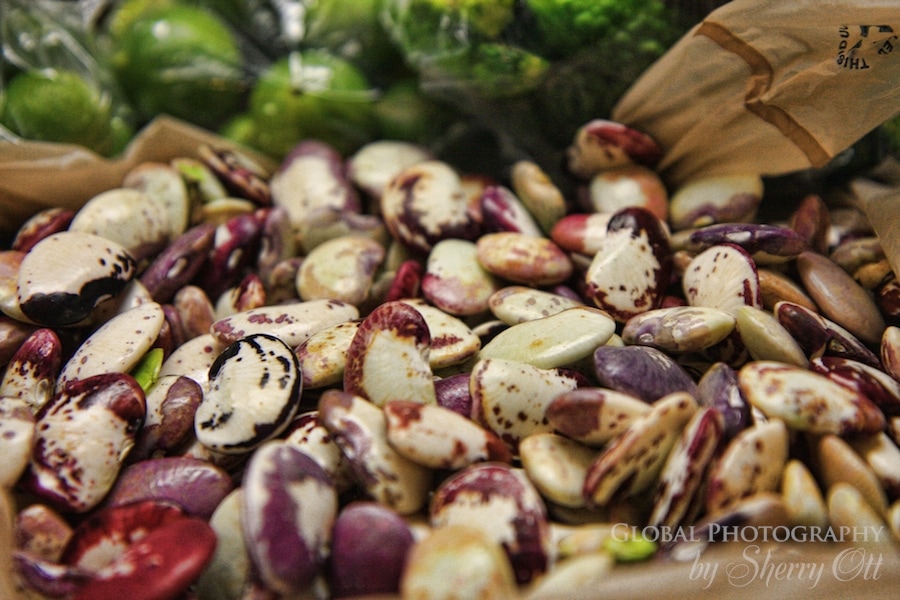 One thing every Chinatown has is color! 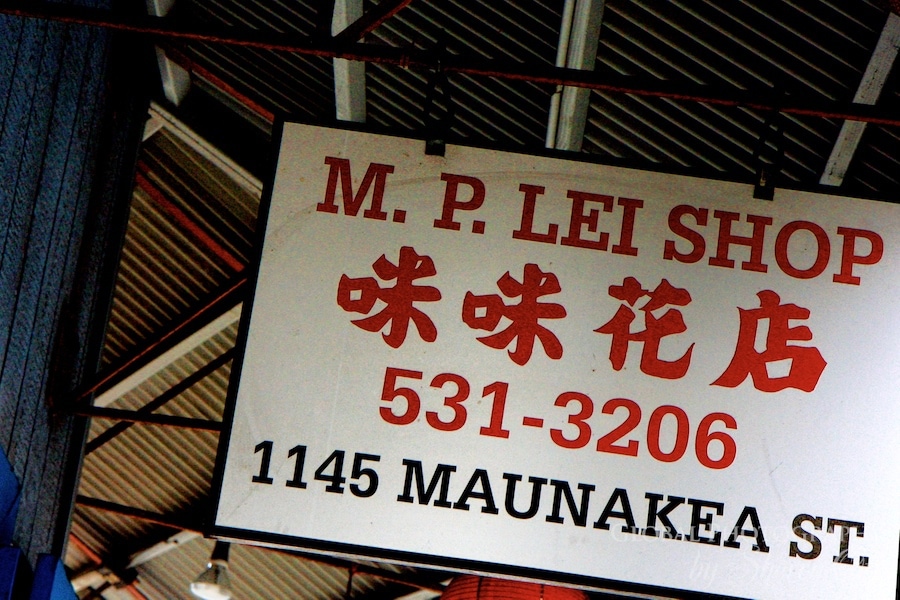 Even leis can be Asian

5 Responses to "China Town in Hawaii"