Over the Rainbow in Hawaii 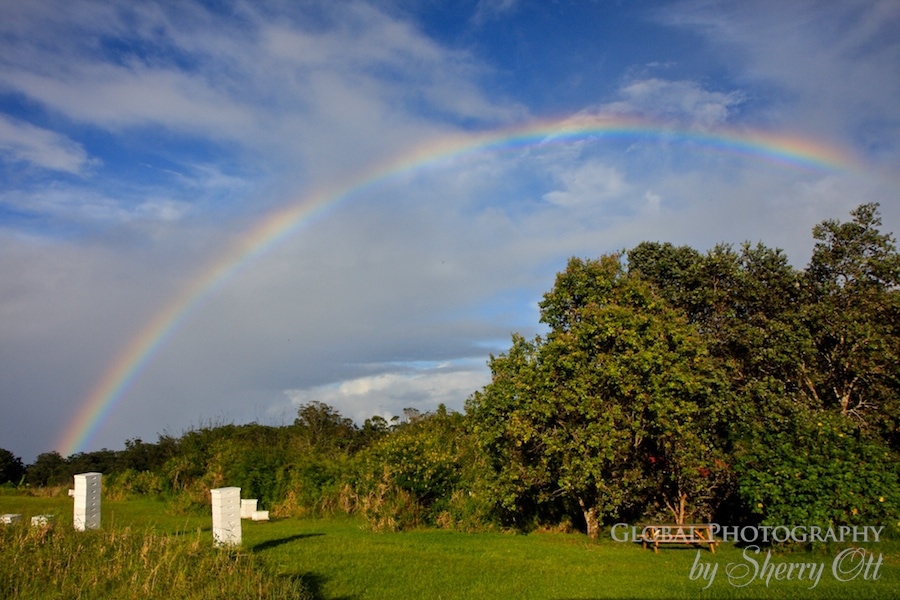 A rainbow appears while I was visiting a honey farm. The beehives sit as the pot of ‘honey gold’ at the end of the rainbow!

When moisture and sunshine combine in just the right combination, a rainbow occurs. The perfect combination happens more often in Hawaii than any other state and that’s why the state motto is The Rainbow State!

During my 3 weeks in Oahu and the Big Island I saw more rainbows than I’ve ever seen in my whole life! I’d be driving down the road and one would appear. I’d wake up and look out the window and it would be shining back at me. I was waiting for the sun to set and one would appear behind me. I’d be hiking and slowly two would appear around me forming that perfect double rainbow.

Every time it was physically possible I would try to photograph the rainbow sighting and after 3 weeks I came home with a great collection of rainbow photos! 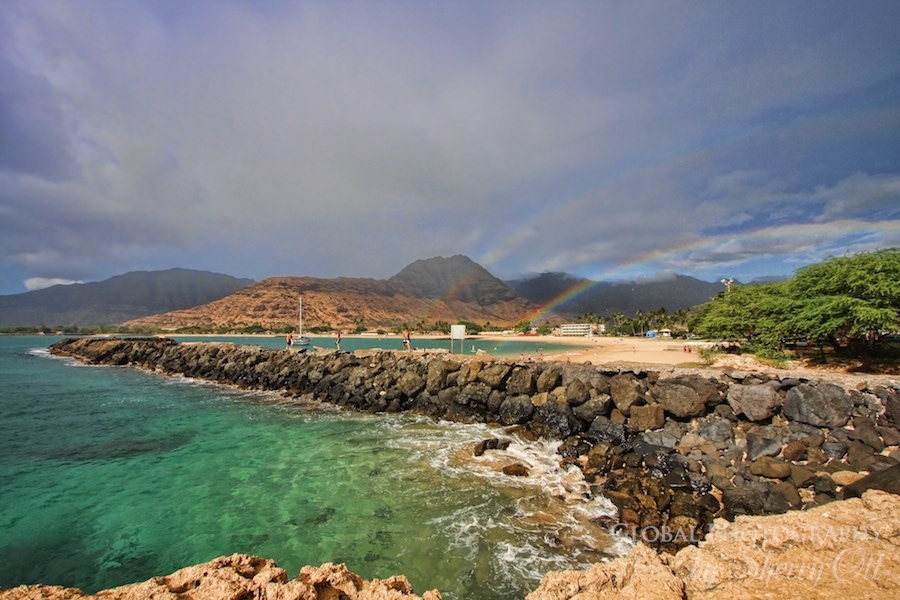 A barely visable double rainbow on the leeward coast of Oahu 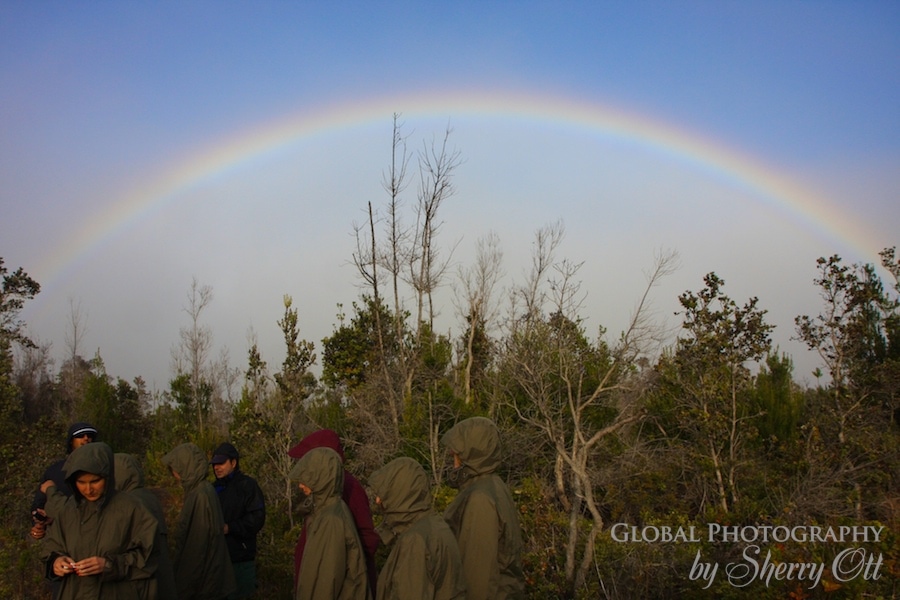 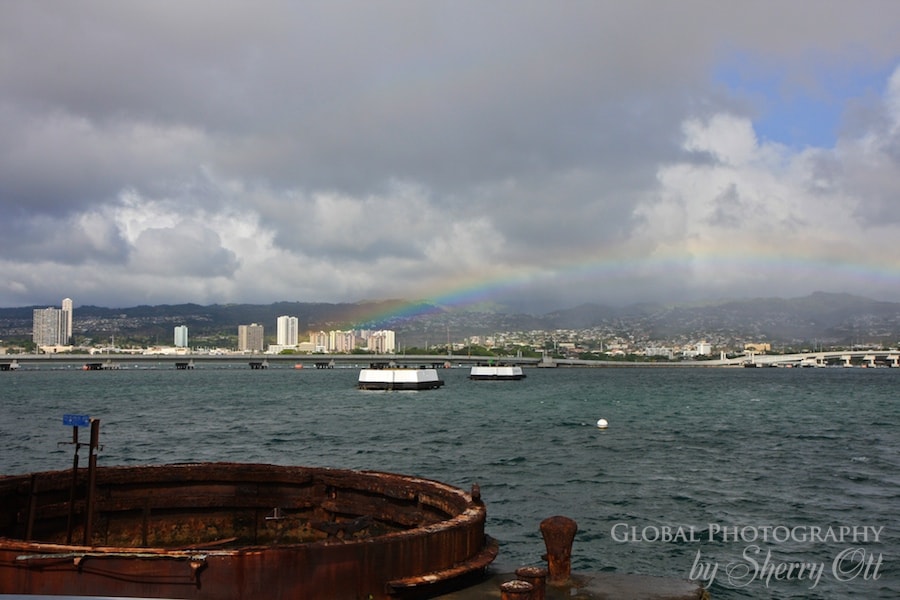 A rainbow at Pearl Habor 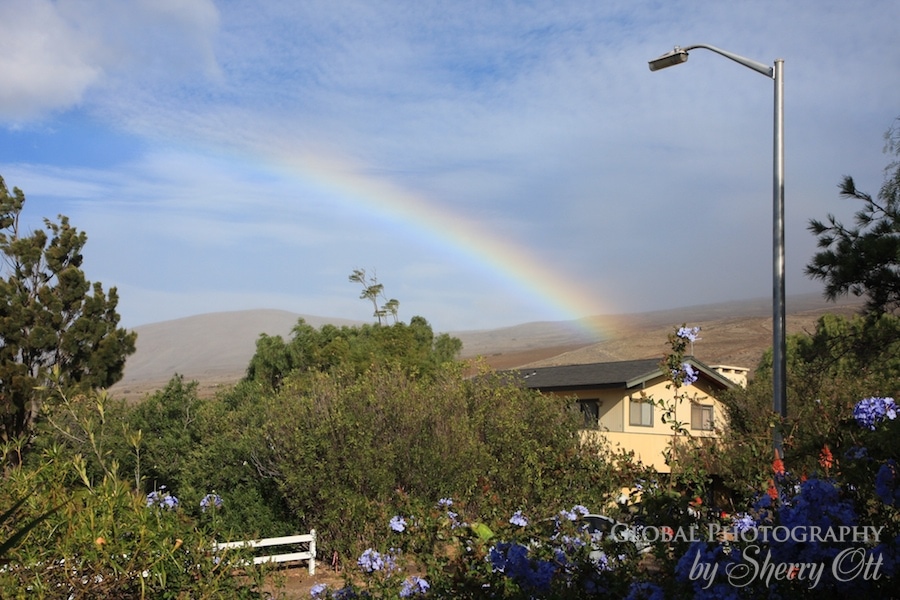 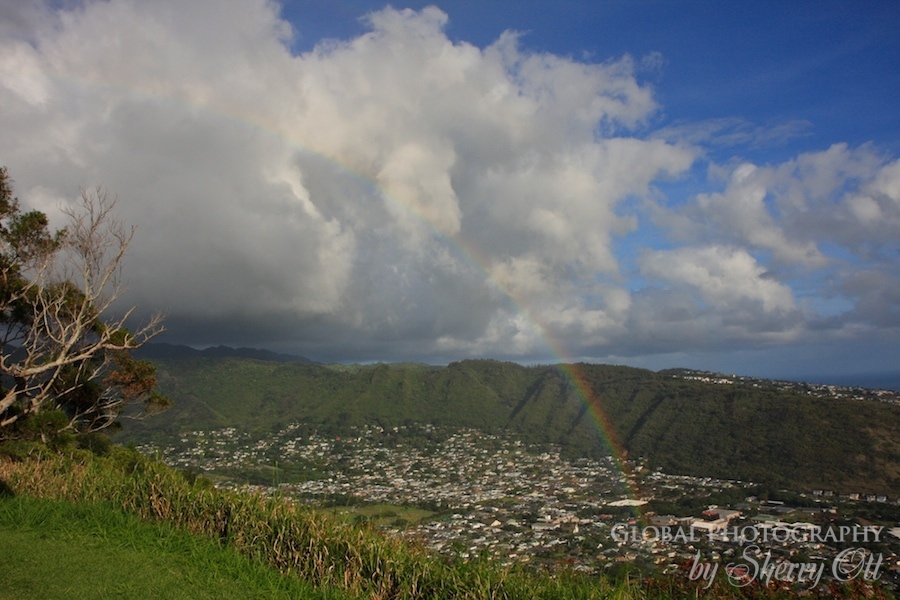 A rainbow hangs above Honolulu 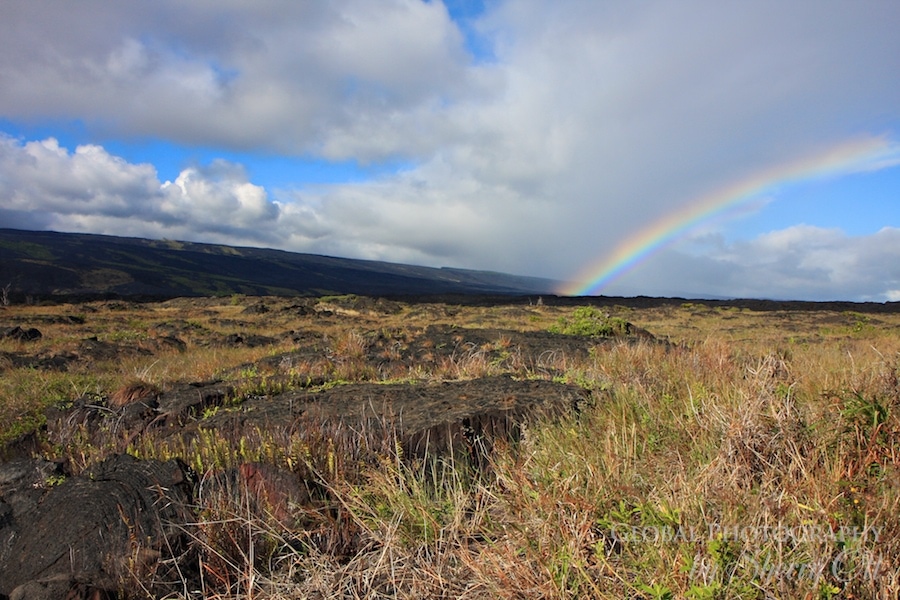 A rainbow flows into the lava in Volcanoes National Park 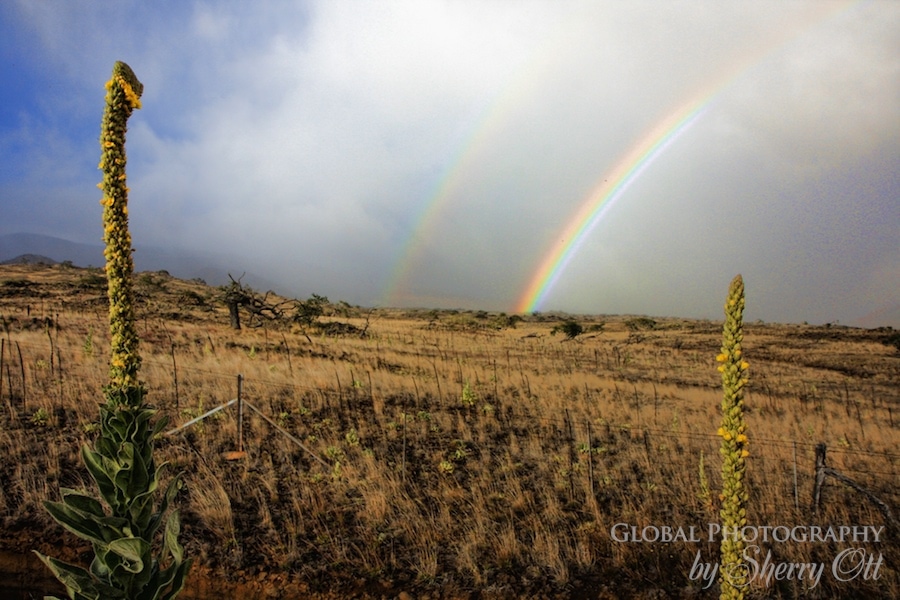 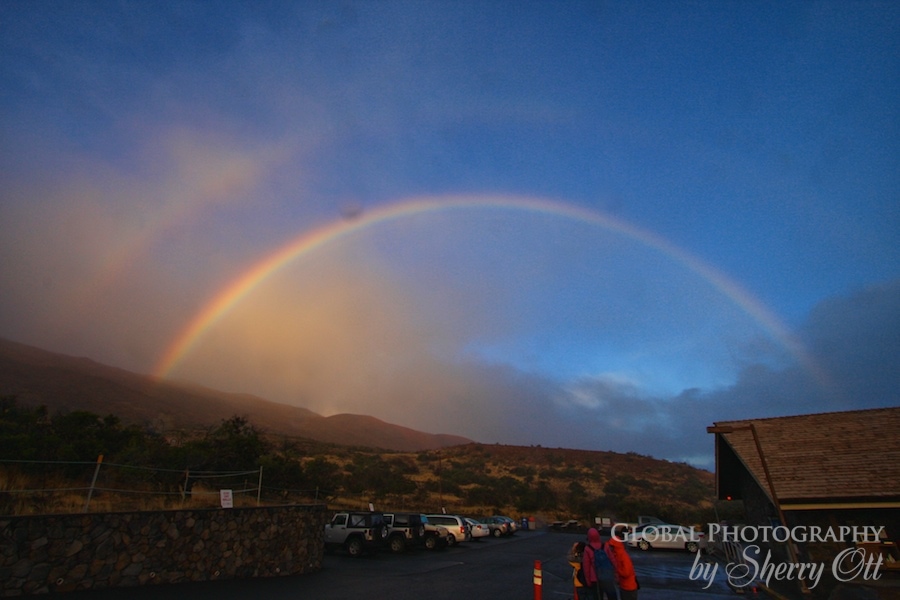 A rainbow over the Mauna Kea Visitor Center where I was expeting to see stars, not rainbows!

3 Responses to "Over the Rainbow in Hawaii"