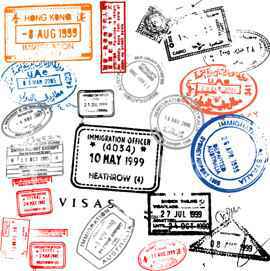 Have Visa, Will Travel

Even though I didnât start traveling internationality until I was 30 years old, Iâve done a lot of traveling; some people may even consider me an âexpertâ. Iâm not real sure if I deserve the âexpertâ title, but there are certainly a few things Iâve learned about international travel.

You need a valid passport to travel. That passport shouldnât expire within 6 months of you traveling. You need to have at least 2 empty (non-stamped) pages in your passport. Countries require a visa to enter their country and sometimes that costs money. However, if you are only passing through the country via the airport, you donât need a visa if you are simply transiting through the airport.

At least thatâs what I thought.

Dad and I were leaving in two days on Jet Airways (an International Indian airline). We were flying out of Kathmandu together to Delhi where we would split up and then go separate ways. I was headed to Sri Lanka from Delhi and my dad was going to Singapore. The Singapore Jet Airways flight goes from Delhi to Chennai (also India), THEN to Singapore. Neither one of us were staying in India, we were simply passing through.

We had been advised to confirm out flights so Giri, our tour operator manager handled that for us. He took our passports and had someone run to the Jet Airways office to confirm our flights. We sat in Giriâs office going thru our photos of the circuit and making plans for lunch with his family the next day.

The phone rang in his office, there was a problem with our tickets; my heart sank. This is not the news you want to hear in Nepal two days before you are supposed to leave. Dad didnât have an Indian visa in his passport. I immediately thoughtâ¦hmmmâ¦this must be a translation issue, he didnât need an Indian Visa, he wasnât staying there. We tried to explain that we didnât need a visa, he was traveling to Singapore and simply had layovers in India. 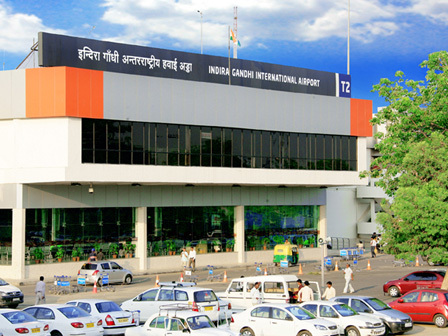 Over the next hour of arguments and explanations which made little sense to me, we learned if dad was to get on a plane in two days, he would need an inâtransit visa for India. Apparently, since we flew into Delhi and he needed to change planes in Delhi and fly to Chennai, his flight to Chennai would originate out of the domestic airport in Delhi. The Domestic airport is right next to the International airport. You simply go out side and into the next building.

It didnât matter that his final destination was Singapore, nor did it matter that it was all Jet Airwayâs flights. This was a strange black hole of visa requirements encountered only in odd situations like this at the Delhi airport.

We gave in, we next had to figure out how to somehow get an in-transit Indian visa in less than 36 hours. An Indian visa can normally take weeks to get and itâs never an easy process. Thereâs only one way to do itâ¦you know someone who knows someone who you pay off to get it for you. One good thing about undeveloped countries, sometimes bribes can work in your favor. At least itâs a viable option that you can take.

We looked at all of our options and consulted with Giri who was intent on helping us through this issue no matter what. We decided to go the âpay a friendâ route. Giri knew someone who knew someone at the Indian Embassy who reportedly could get an in-transit visa for a slightly higher fee than taking the regular route. I donât know that I wouldâve went this route unless I had known Giri so well; he was a friend. I trusted that he had our best interests in mind and he genuinely wanted to help us. He had been our guardian angel so far on this trip, and that wasnât going to change now.

The woman from the embassy came to Giriâs office, she reassured us that she could get the visa by the next day, we paid her the money, and we said a little prayer to the travel Gods that it would all work out.

Luckily â it did. Money talks.

Never again will I assume that I know about travel â at least when it comes to visas and India!