Wheels on the Bus Go Round and Round 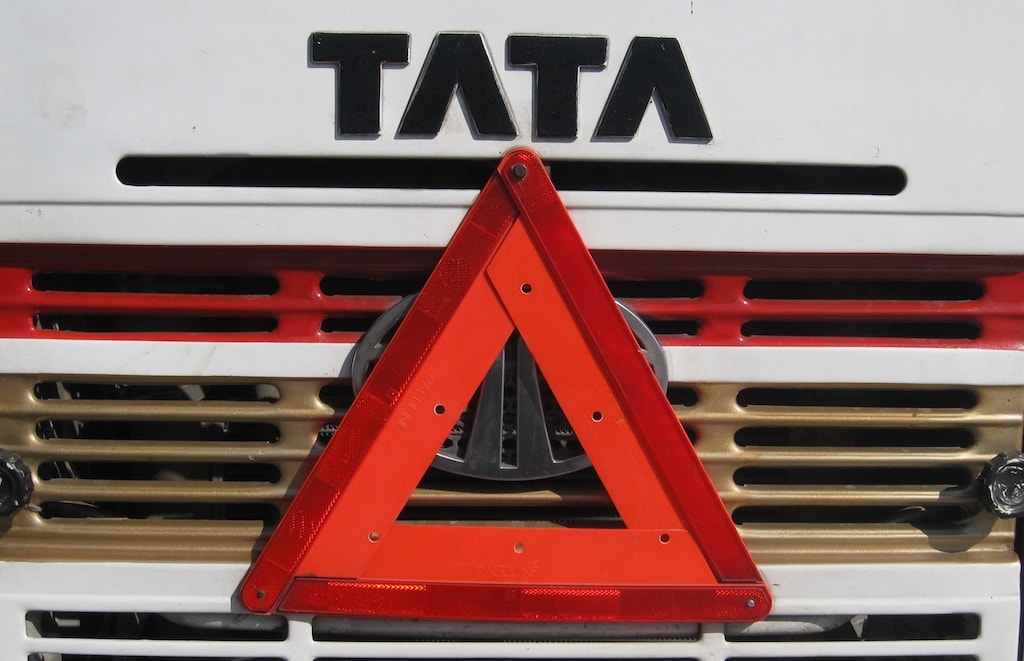 Wheels on the Bus Go Round and Round

The clutch and part of the transmission area lying on the ground next to the bus. I hear the sounds of a wrench taking more of the vital organs of the bus apart. This is going to be a long trip back to Kathmandu.

You havenât really been to Nepal until you have spent a few hours in a Tata mechanicâs garage. Bus travel in Nepal is a necessary evil; and if you are in the right frame of mind, it can actually be tolerable and maybe even fun. At times, slow travel can be the most cultural part of oneâs journey in Nepal and other times it can be a nightmare.

Dad and I decided to save money and take the tourist bus from Pokhara to Kathmandu; a 6 hour bus ride. This tourist bus is basically slightly nicer than a local bus and doesnât stop for every local carrying a goat on the side of the road. Plus no people or animals ride on top; itâs practically civilized. 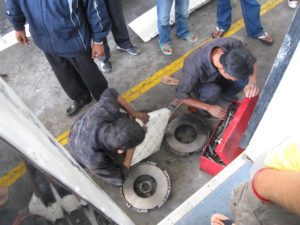 We left the Pokhara exactly on time 7AM. At 7:11 we were pulling into the TaTa garage after 11 minutes of painfully grinding gears and never making it out of 2nd gear. Most people were visibly upset, and got out of the bus to get some air and bitch. I decided to recline the seat and read my book. Sounds of wrenches and various air powered tools filled the garage. In a way it was an opportunity for my dad to see what my normal travels really felt like; the ups and the downs.

However when I saw our transmission pull apart and 2 guys put it on the ground; the travel patience stakes were raised a notch.

Dad seemed satisfied and relaxed about the whole thing. As a retired engineer, he was in his element. He had got out of the bus to watch the mechanics. For a moment I thought he might be trying to help them out. After two hours of waiting around having them try to put the bus back together, a new bus showed up. I imagined the flurry of phone calls that had just taken place in Pokhara trying to secure another bus, driver, and conductor (they come as a package) to drive tourists to Kathmandu. Two lucky men got the job on what was supposed to be their day off, but of course took the work because in Nepal you take whatever work you can find. 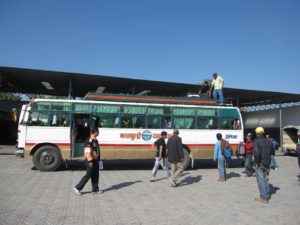 We all moved our bags from the old bus to the new bus and piled onto our similar seats. It wasnât quite as posh as the last bus, in fact it was actually rather uncomfortable â but it was moving and could make it to 4th gear; we were making progress.

The trip back to Kathmandu was full of excitement. First it was done at fast speeds since the bus was trying to make up time. Second, it was picturesque; the hillsides were alive with familiesâ harvesting. Third, it was a test of my iron bladder since the behind schedule bus wasnât stopping for ANYTHING! My dad took on this trip as a trooper â he had been acclimated into Nepal now. He was a backpacker nowâ¦a senior backpacker!

As we began to climb the steep road that would deposit us into Kathmandu valley, we came to a grinding halt. A traffic jam about 10 km long was in front of us; this is what happens when you leave 2 hrs late from Pokhara. However it was made worse due to the Maoist demonstrations in Kathmandu valley scheduled for today. It had brought the already terrible traffic to a halt in the valley. However we slowly moved along the climb over the course of 2 hours.

As we finally arrived back in the valley is was already pitch dark and the journey which was meant to take us 6 hrs, took 12 hours. After only sharing a can of Pringles and cans of Diet Coke for lunch my dad and I were starving. But first we had to somehow get back to Thamel and the Ambassador Garden Home Hotel where we had a reservation. 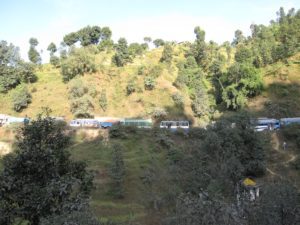 Luckily our guardian angle tour operator, Giri, somehow found out we were delayed and showed up to pick us up 6 hours late. Giri runs Nepal Tourism & Travels, the tour company we utilized, and I have to say, even though he was in Kathmandu, he was with us every step of the way on the trail as he regularly checked in with us and our guide Bishnu via mobile phone. He was like a protective father figure to us; especially when I was sick in Manang. Because I knew him from my past volunteer experiences in Nepal, I think that he felt he had a greater than normal responsibility to ensure my fatherâs safety. One thing I love about this part of the world is the amount of respect the cultures have for their elders; something I think is dying in the Western cultures.

Seeing Giri after this long arduous journey was a breath of fresh air; a familiar face in the chaos. He took us to our hotel, ensured we got the best room, sat us down for an amazing meal of Dhal Bhat (the best I had in Nepal) and joined us for a cold beer.

Dad and I were happy to be back in Kathmandu. All we had left to do was see Kathmandu, buy souvenirs, and relax; at least thatâs what I thoughtâ¦

8 Responses to "Wheels on the Bus Go Round and Round"