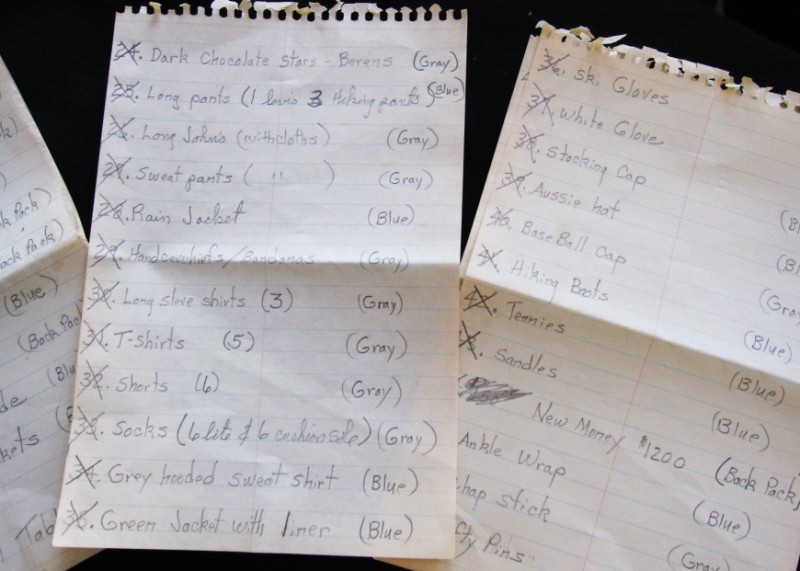 âDo I really? Iâm strong, I should be ok.â

âDad, your strength has nothing to do with it â when you travel in a developing country you are at the mercy of that country. You canât control who is preparing your food, and what theyâve been doing. You canât control how clean or dirty you may be trekking or who you come into contact with. You canât control anything â you are going to Nepal, not Paris. Spend the damn money and get the shot!â

This was one our many pre-trip skype conversations that left me wondering what I had gotten myself into. What was I thinking â asking my 73 year old father who had never traveled to a developing country (ok â he had one business trip to Ecuador years ago) to go to Nepal?! Nepal is like India â itâs the big leagues of developing country travel. I had asked him to skip the play offs and go right to the super bowl.

I spent the next skype conversation with him going through his packing list.
âHow many pairs of socks should I take?â
âDad, I have no ideaâ¦.uhâ¦.how about 5 pairs.â
â5 – Ok. How many t-shirts?ââ¦

Yes, this conversation lasted about an hour. My dad is a retired engineer â logic and being precise was his job for 35 years â so this ultra precise list shouldnât have surprised me I guess. I was annoyed and a bit tickled by this conversation at the same time. Annoyed that I was doing his packing for him; something I hate to do for myself! But I was tickled he had put this much prior thought into his list down to the exact number of pairs of underwear â 5 in case you were wondering.

Then there was my mother. 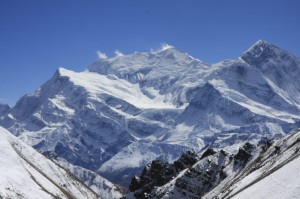 The Tallest Mountain Ranges in the World!

I had been sending my dad various blog posts about Nepal and trekking there in the hopes that it may help set some expectations as to the culture. This was probably done in vain since I donât think itâs really possible to set expectations for Nepal and specifically Kathmandu. One of the blog posts had a bunch of information about the Annapurna trail and lots of pictures. I had a skype call from my mother early that morning from the US.
âHello â you are up early mom.â
âYes, I just read your email and now Iâm freaked out?â
âWhat? I donât understand.â
âIâm freaked out! I knew that your father was going to be trekking, but when I saw those pictures and saw how big the mountains were NOW Iâm freaked out! Howâs he going to do that?! They are really high up and it looks really dangerous!”
âWell you didnât think it was going to be flat like South Dakota did you?! Itâs Nepal mom, the worldâs tallest mountains are there! Donât worry, heâll be fine, there will be a trail, we wonât be using ice picks or anything.â
This was said boldly, but truth be told â this was the beginning of my worrying. My worrying about what I had talked my dad into. I really had no idea if heâd make it or not. Hell, I didnât know if I would be fit enough to make it! The highest pass we crossed was nearly 18,000 ft; higher than I had ever been before. So why did I think this was a good idea?

While I started worrying and fielding more questions from my worried mother, my dad was enjoying a bit of celebrity status in his small town of Milbank South Dakota. I informed him that he would need to bring some âemergencyâ US dollars in case we had trouble using the ATM to take out Rupees. Based on all of my travel experience, I made sure he knew he had to bring relatively new currency; get it at the bank if possible so he could specifically ask for bills from the last 5 years. Developing countries are rather funny about things like this â Iâve lost many arguments with banks in remote African, South American, and Asian towns about the validity of my $20 bill from 1993. When dad went to his local bank , they were intrigued with his request and even more intrigued with his travel plans. I would bet $20 that most of them didnât know where Nepal was â this isnât a dig against their geographical knowledge â itâs just a fact. Everyone at the bank then started saving up new currency for him â a group effort for a few days. Iâm quite positive it was the talk of the town.

At this point there was no looking back, we were prepared as we could ever be. My mom had been sedated by my reassurance, my father was vaccinated and precisely packed; we were ready to go. We met in Singapore and took off on our flight to Kathmandu, where our father-daughter adventure began!

18 Responses to "Preparing the Parents"