Where to find Trees in the Arctic Tundra

Sit still under a tree branch and just listen. Listen. Youâll hear rustling, every so slightly. Your hair blows across your face and tickles your cheeks. You look up into the branches and see a leaf come tumbling down towards you like a feather. Trees are magical.

Sitting under trees and listening to the leaves blow in the wind is something we seldom take time to do any longer. However what if there were no trees, no possibility of ever sitting under a tree and watching the branches sway, and listening to the leaves flap against one another? Weâd suddenly long for them. Welcome to the Nome Alaska, an Arctic landscape with no trees.

A Tree Oasis Near Nome

However thereâs a hidden oasis if you care to go for an adventure on one of the three roads to nowhere that lead out of Nome; Pilgrim Hot Springs is an area where tundra trees grow in abundance. You may think you are seeing a tree mirage as you pull up on the bumpy road to the springs, but you arenât. Itâs real. And it comes with a very real history. 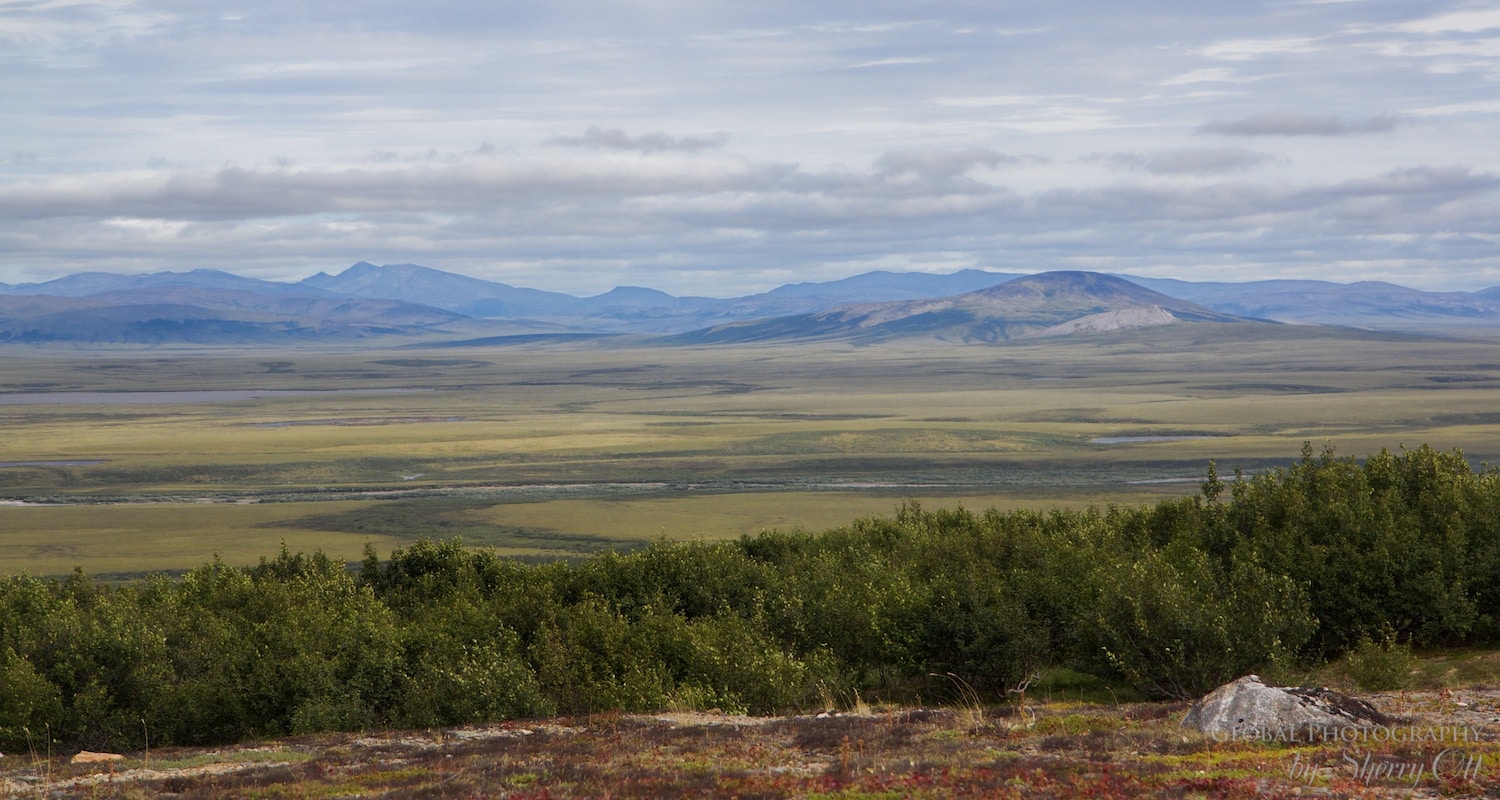 This is the typical tundra landscape, ground brush, but no trees 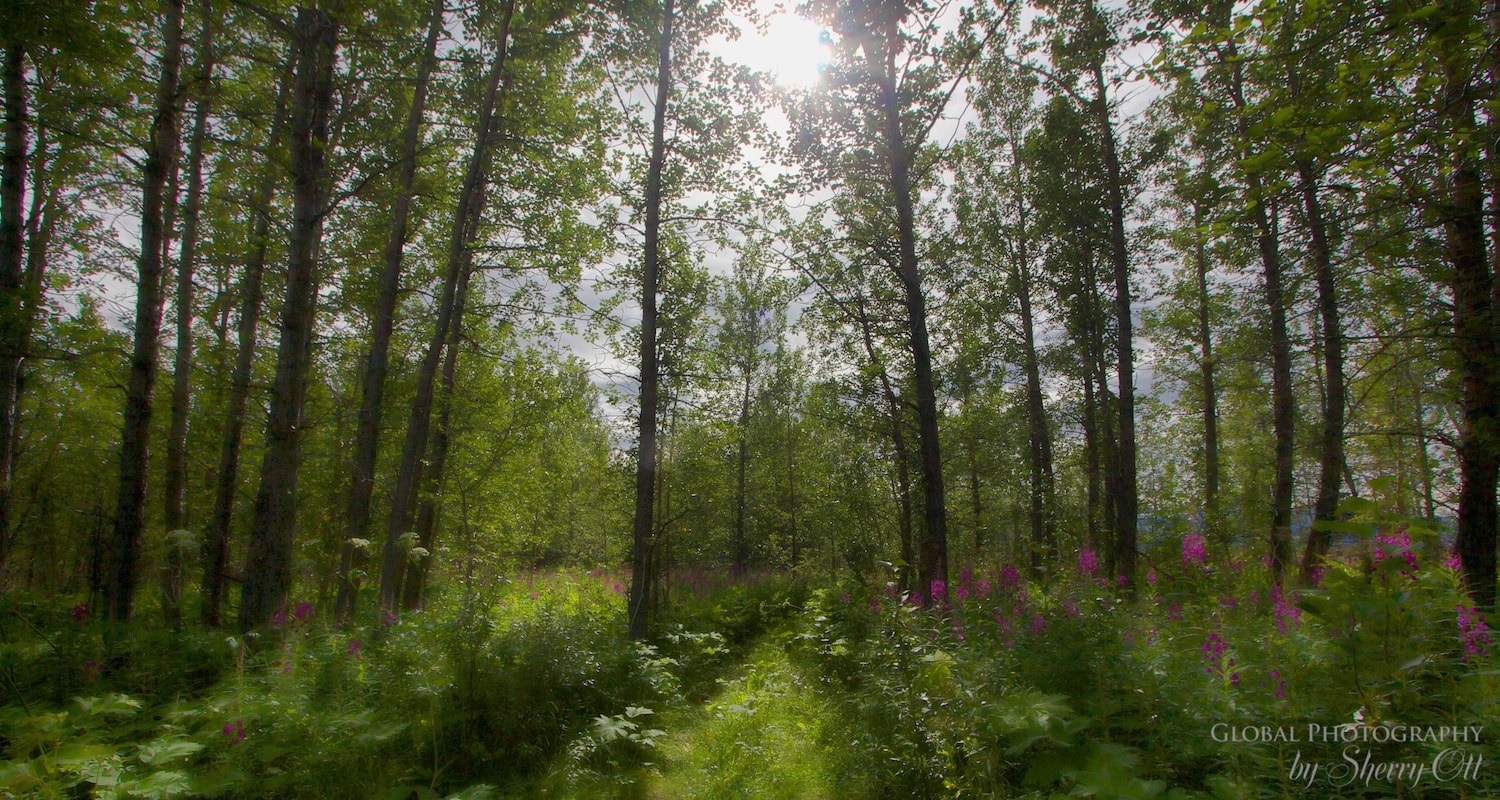 The tree oases at Pilgrim Hot Springs near Nome

Pilgrim Hot Springs is a subarctic oasis full of tundra trees and bubbling hot springs. From a distance you see pine trees and balsam poplar trees swaying in the wind. There are old farm buildings, some rusted out equipment, and steam is rising from the lush landscape. Itâs a strange scene that you donât expect to see in the Arctic tundra. However, as you start to walk around the springs, you realize that the buildings you saw in the distance are actually abandoned and run down up close. The area has been abandoned for years, and has been left to be taken over by the trees.

>>Check out my Things to do in Alaska Page to get ideas for a unique Alaska itinerary.

An Epidemic in Nome

In 1919 a Catholic mission was built at the Pilgrim Hot Springs outside of Nome. The area was in the throws of the 1918 Spanish flu which had killed millions of people worldwide. It spread to the Seward Peninsula when a passenger carried the virus to Nome on the last steamship of the season. The flu soon spread inland, where Natives with no resistance to the virus had no chance. All the people in the village of York died, as did 72 of 80 in Brevig Mission. All together, more than 1,200 died on the peninsula. Via Alaska Dispatch News

The Catholic Diocese of Nome had acquired the Pilgrim Springs homestead in 1917 and decided to use the land as an orphanage and mission to house the many children who survived the epidemic, but their families didnât. A number of buildings were constructed with luxuries like flush toilets and hot water heating thanks to the nearby hot springs. The children lived in dorms, and there was a church and living quarters for the 20 priests, nuns, brothers and others.

Over the years, the flu orphans became adults and the orphanage closed in 1941. And thatâs exactly how youâll see if today â frozen in 1941; abandoned, derelict, and surrounded by tundra trees.

Bring your camera because this is a fascinating place to capture. It’s colorful, eerie, historical, remote, and my favorite – abandoned. 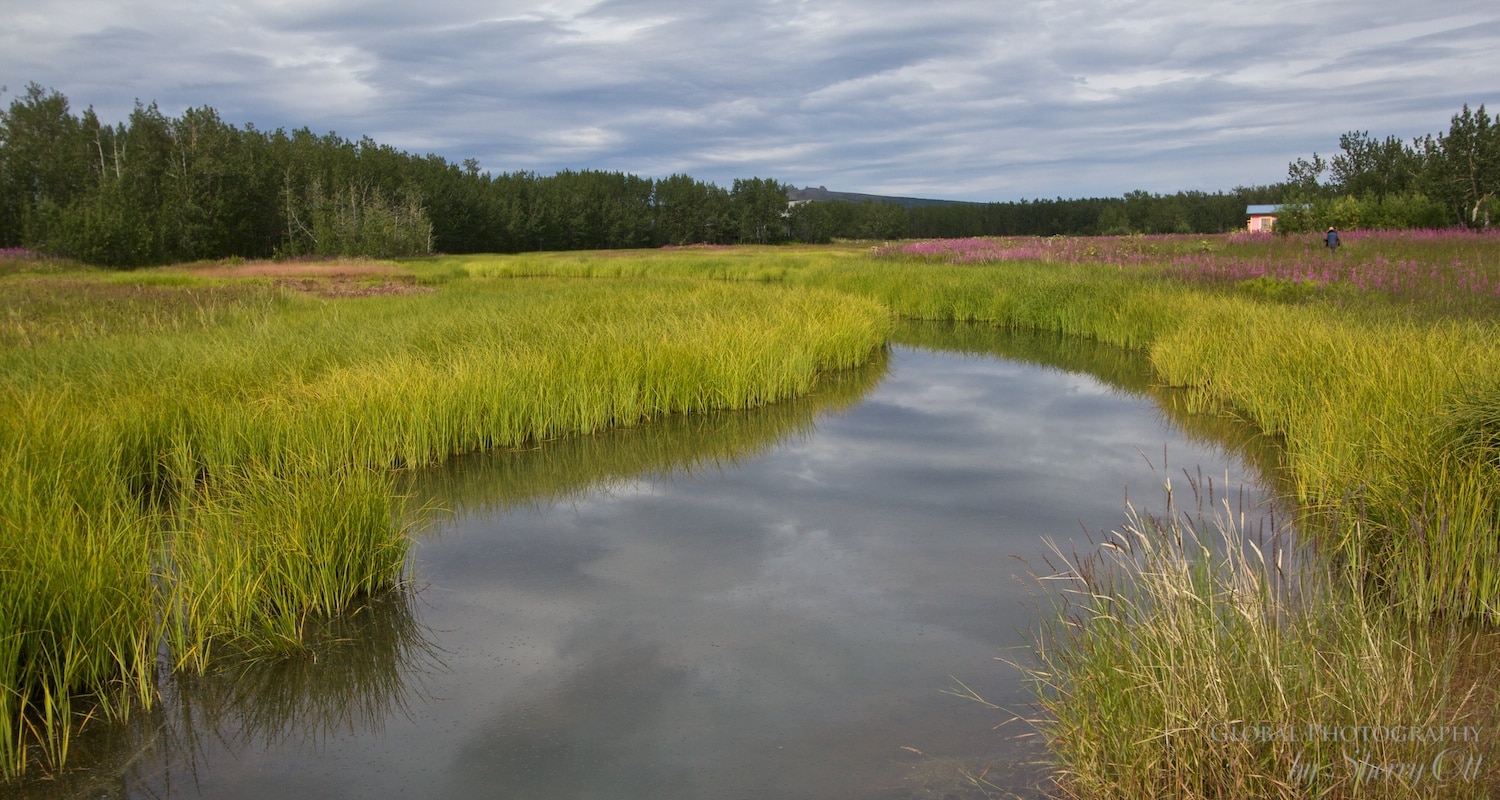 The landscape around Pilgrim Hot Springs was completely different 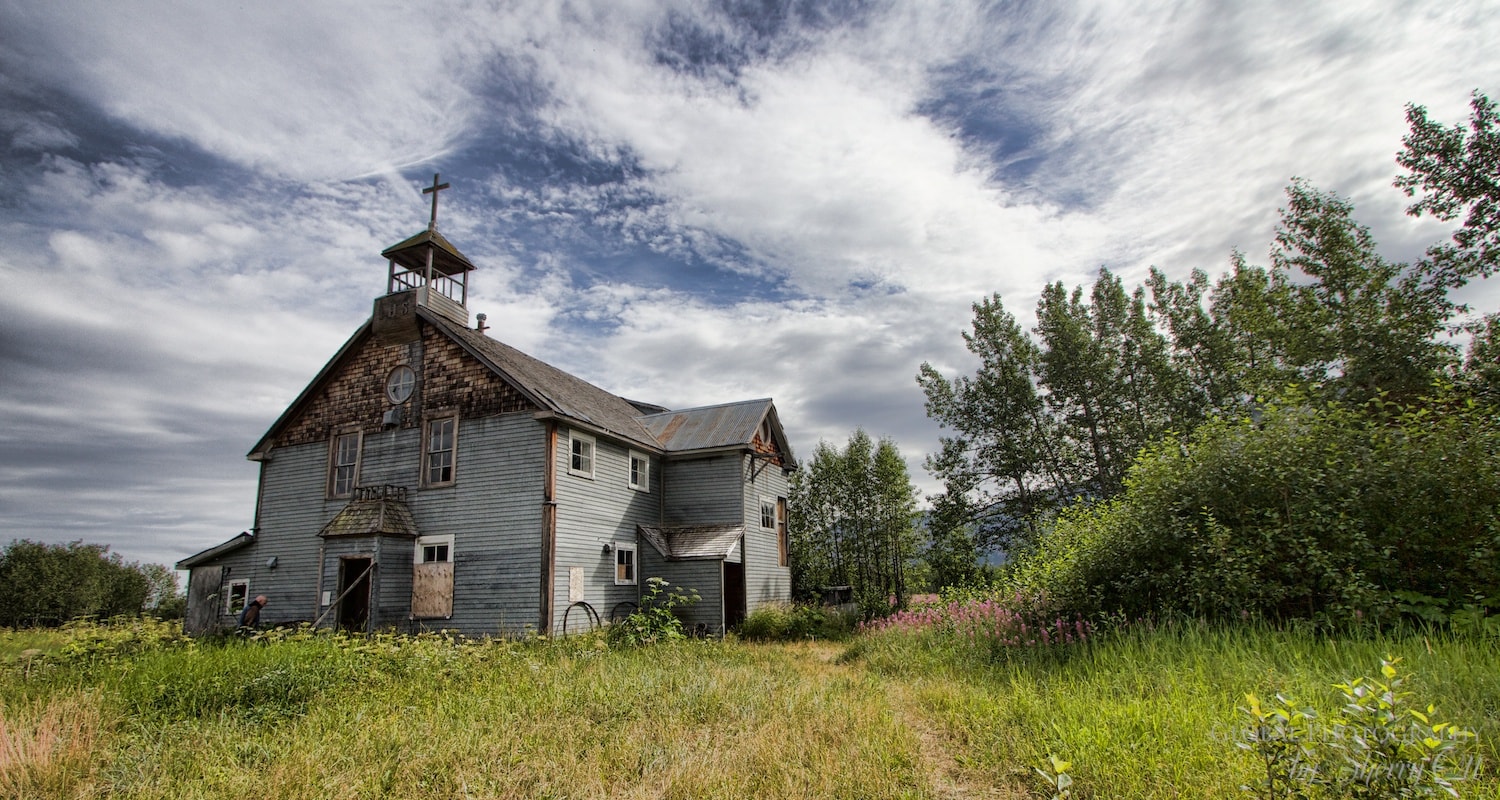 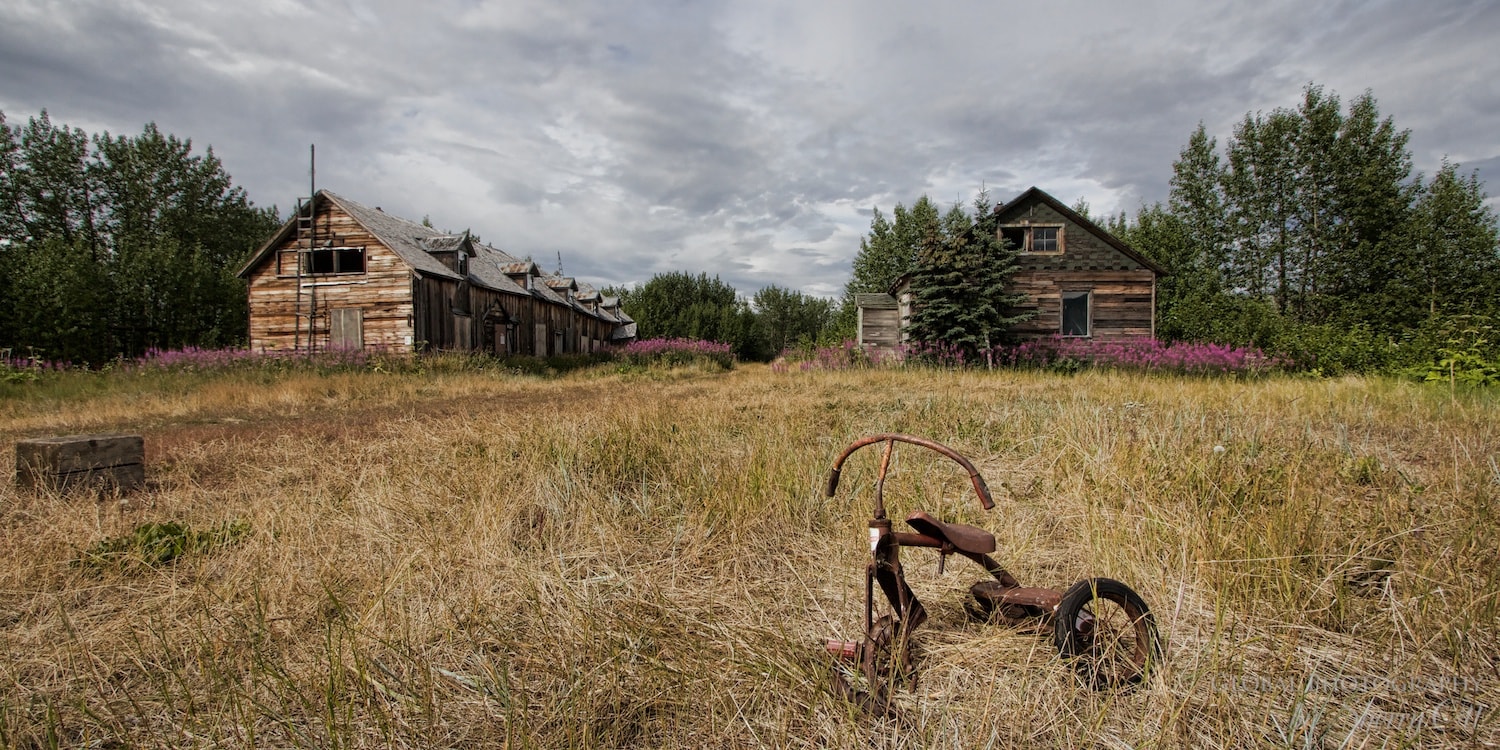 A rusted tricycle sits in the field. 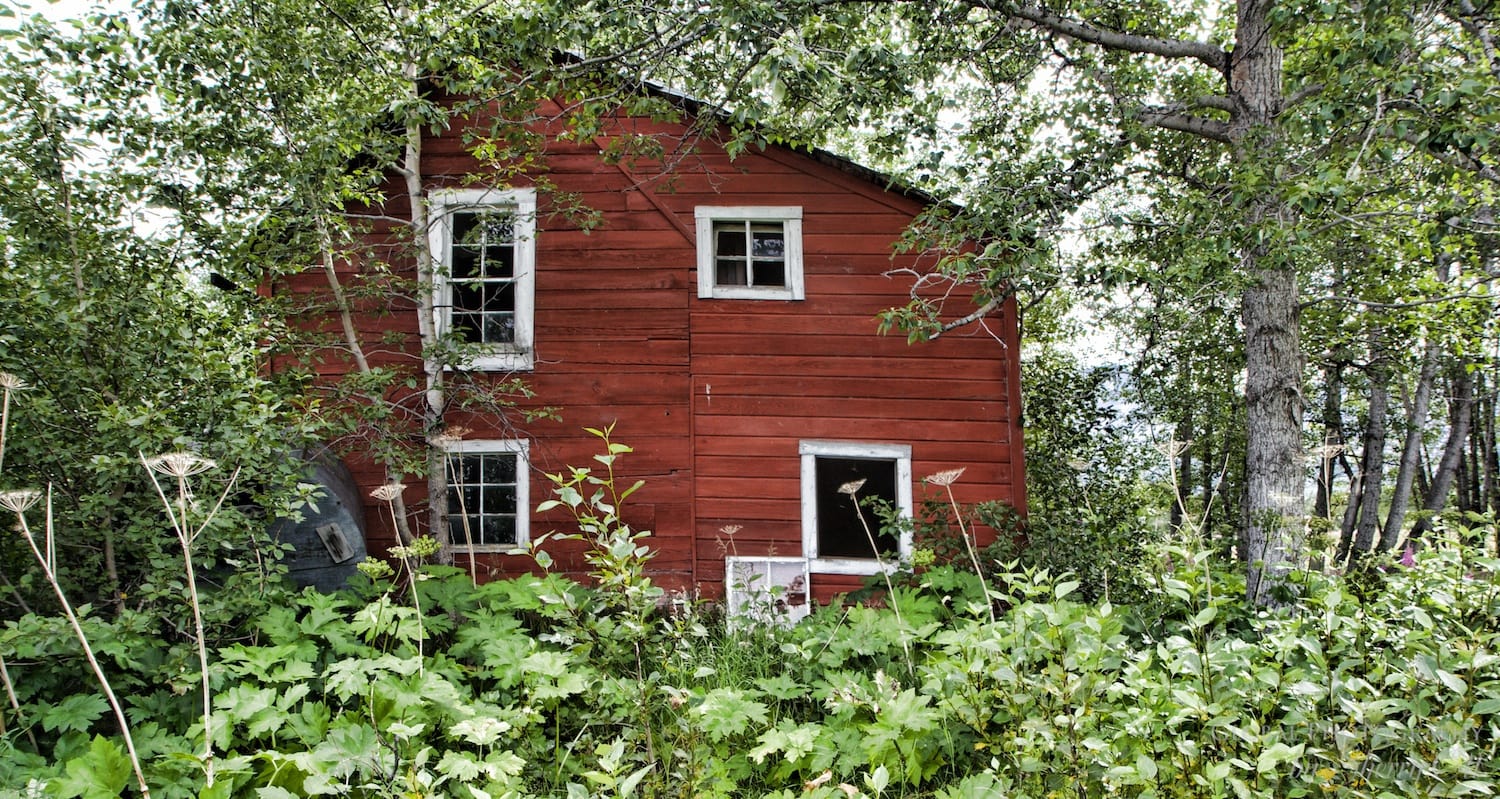 Orphanage cemetery located back in the dense woods

The living quarters for the kids.

Field of Fireweed near the springs.

The orphanage was hidden by trees

Steam rises from the hot springs

Inside the abandoned church

A stove inside one of the old buildings

Richard will drive you out to this remote area (aprox 1.5 hours outside of Nome) on rough terrain. Heâll give you the history and entertain you all day. Youâll have plenty of time to explore the abandoned buildings and take photos.

I was a guest of Alaska Tourism during my trip, however all opinions expressed here are my own.

6 Responses to "Where to find Trees in the Arctic Tundra"