Things to do in Fairbanks Alaska

Things to do in Fairbanks Alaska

“When it gets cold, we just get close,” the local Fairbanks man told me when I asked how he survived the winters. One of the few big landlocked towns in Alaska â Fairbanks sits in the center of the state and is the jumping off point for visiting high Arctic. Fairbanks often gets overlooked by tourists since itâs not a cruise port, but of course I was not going to overlook this old gold town. I am always intrigued with towns and communicates that are landlocked and in the middle, or might be overshadowed by its more popular neighbors â it comes from my upbringing in the Midwest I think. Even though it’s in the middle of the state and often overlooked, that doesn’t mean that there’s not plenty of things to do in Fairbanks in the summer!

With a population of 32,000, I was excited to meet the people who live in this extreme environment on the edge of the Arctic. You have to embrace change if you live in Fairbanks; the daylight changes drastically from day to day losing 6 minutes of daylight (nearly an hour every week!) as it heads towards December 21st and gains 6 minutes after that. With the darkness comes the cold and parking lots with electrical outlets at every spot. Due to the extreme cold temperatures in Fairbanks during the winter, most vehicles are equipped with several electric âheatingâ devices that facilitate starting during the coldest time and should be plugged in to keep warm.

But with the summer comes the long days and a population with an abundance of âcabin feverâ. As I drove around the city in the summer I was impressed by all of the outdoor trails and activities there were. People in Fairbanks love to get outside, and so do I.

Things to Do in Fairbanks in the Summer

Just outside my hotel was a series of trails winding through the boreal forest, perfect for running and walking. After spending the last week in the treeless tundra around Nome I was excited to see trees again! I ran into many people taking their dogs out for walks and birdwatching as I did a little 3 mile run over wooden bridges and around the lakes. The trails connect to the Creamerâs Field Migratory Waterfowl Refuge.
This is one run where I was happy I took my phone with me to take some pictures along the way!

Now this is a tiny home!

Calm morning running around the lake

Going for a run!

It is the oldest established farmers market in Alaska and the only one located in its own permanent building. The Tanana Valley Farmers Market showcases a wide variety of Alaska Grown produce and plants, and Made in Alaska crafts.

Not only can you buy produce there, but you can also plan on having lunch thereâ¦and you should go hungry! There was a surprising variety of ethnic food there and I stuffed my face with Asian pork buns as well as Mexican tacos. I spent the rest of my time looking around at the giant produce and strange veggies that I had never seen before. Everyone was so friendly and itâs a great way to spend an afternoon learning more about the community.

Stock up for the winter!

It was blueberry season when I was visiting!

More Information: Tanana Valley Farrmer’s Market Website
The market is open from May to September every Wednesday, Saturday, and Sunday.

University of Alaska Museum of the North

As I pulled up to the sleek white building I was surprised to find modern architecture in a small community. And the surprise didnât stop there. The exhibits inside the Museum of the North were equally impressive. There was a large Alaska natural history section that will fully educate you about the grand state. And upstairs was an impressive array of contemporary and modern art done by Alaskan artists. I loved the upstairs exhibits as Iâm a modern art buff. Many of the works had an Alaska theme to them in some way – but some were also just great pieces that had nothing to do with the state.

And of course I couldn’t miss out on Otto the bear, the most recognizable specimen at the University of Alaska Museum of the North. Otto is an 8â 9â brown bear that has greeted guests for more than 40 years. And yes â Ottsworld met Otto.

The museum lawn is a good place for afternoon nap

My favorite piece – all about fear in America

More Information: University of Alaska Museum of the North Website

I had been hearing good things about the Fairbanks craft brew scene, so I decide to check it out myself. After getting lost around the railroad tracks, I finally came across the big industrial building that was Hoodoo’s Brewery. In true Alaska form â it was basic and rugged, not like the craft breweries and bars in hipster neighborhoods that Iâm used to. It was functional. Go inside and order a Hoodoo beer and then head back outside to the picnic tables to enjoy your frosty brew. It didn’t take me long to make friends with some locals I shared the picnic table with. Hoodoos doesnât have food, instead they have various food trucks that come each night and park on the premises serving up food to the hungry beer drinkers. I loved the outdoor vibe; everyone soaking up the daylight and enjoying the outdoors and laid back feel. 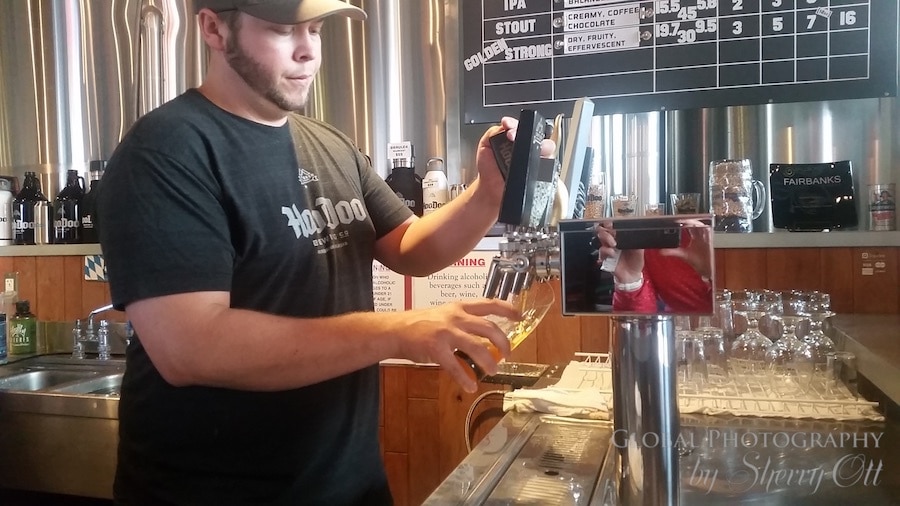 Have a few pints with locals at Hoodoo brewery

More Information: Hoodoo Brewery Website
Donât miss Caturday at HooDoos on Saturdays when it turns into a cat brewery!

As I pulled into the driveway two big balls of brown fur ran out in front of my car as I hit the brakes in a panic. I let out a sigh of relief, it would have been pretty bad if I had hit a reindeer as I entered the Running Reindeer Ranch! As reindeer roamed freely in the Running Reindeer Ranch yard and around the cars the owner, Jane, greeted us and started filling our heads with fascinating reindeer facts. I was there to not only learn about reindeer, but to also walk with them through the forest â a unique Fairbanks activity offered year around. You can read about my whole reindeer experience and how I nearly got run over myself here. 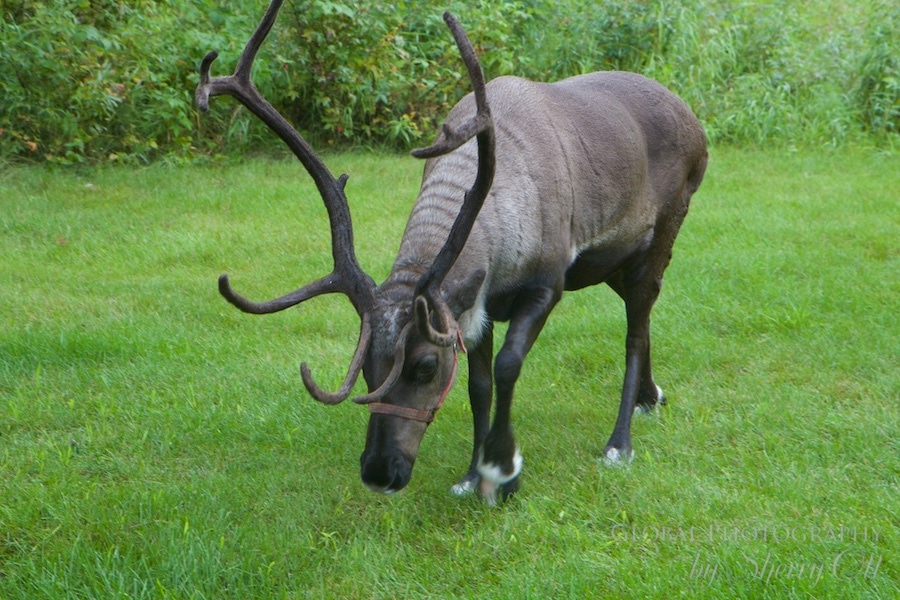 Take a walk with reindeer at Faribank’s Reindeer Ranch

Fairbanks is the hopping off point for Arctic, and the only way to get to the Arctic Circle is to take one of the many Alaska bush flights or drive the Dalton Highway; I did both! If you have time while in Fairbanks head north out of town where the pavement ends and the Dalton Highway begins. The Dalton Highway follows the Alaskan pipeline from Fairbanks to Coldfoot Alaska and slightly beyond. The highway was built as a supply road to support the construction of the pipeline in 1974. Itâs a 414 mile road (the majority of it dirt) beginning at the Elliott Highway north of Fairbanks and ending at Deadhorse near the Arctic Ocean. And itâs still used primarily in conjunction with the pipeline today for maintenance crews, shippingâ¦and little bit ofâ¦tourism. 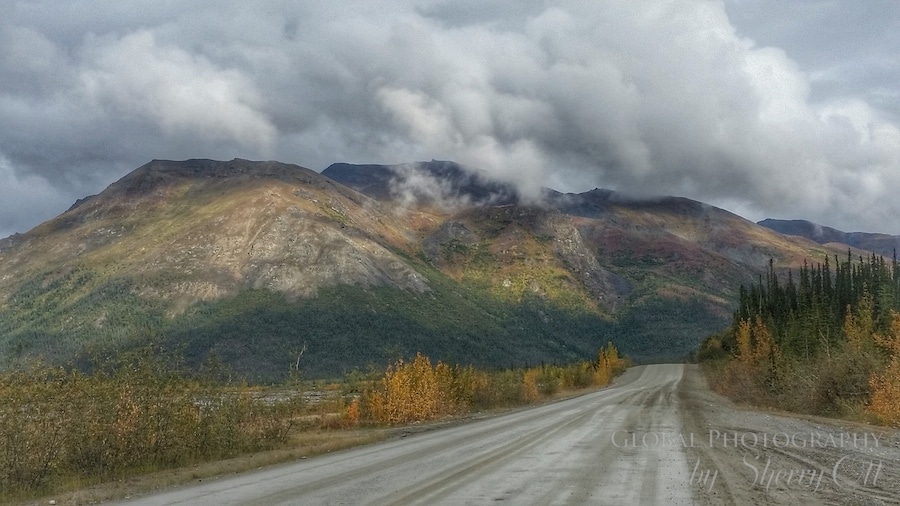 The road past Cold Foot Camp

Of course there is plenty of other things to do in Fairbanks that I didnât have time to do, but just check out the Morris Thompson Center and youâll quickly have a full Fairbanks itinerary planned! The facility was created by the Fairbanks Convention & Visitors Bureau, the Alaska Public Lands Information Center and the Tanana Chiefs Conference to inspire residents and visitors to get out and explore Interior and Arctic Alaska as well as to preserve Athabascan languages and carry-on traditional knowledge through Elder teachings. Here you will be able to find all the information youâll need for your Fairbanks visit to Interior and Arctic Alaska.

I was a guest of Alaska Tourism during my time in Fairbanks, however all opinions here are my own.

9 Responses to "Things to do in Fairbanks Alaska"