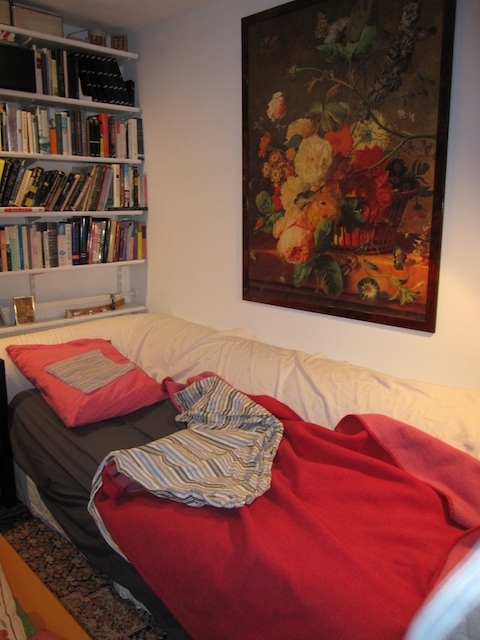 A comfy couch! That’s all I need.

I live my life very deliberately â and I have very few regrets. In fact, my regrets are the usualâ¦I wish I would have kept up my violin skills, I wish I would have learned how to ski at a young age, and I really regret I didnât learn a language in college. But now I have one more to my small listâ¦I regret I never tried couch surfing until this summer.

The usual reaction from friends and family was, âYouâre going to do what?â âDo you know these people?â âHow do you know itâs safe?â Couch surfing stirs up some valid concerns in people, but I decided I needed to finally give it a test run after 4 years of somewhat traditional travel and living nomadically. By signing up for couch surfing, I was going to stay with complete strangers while in Europe this summer. These werenât my normal complete strangers that I often meet and talk to (aka internet/twitter friends), nor were they friends of friends â they were strangers; strangers with a couch, an open mind, and a love of travel.

For those of you who have never heard of couch surfing â itâs been around since 1999 and itâs here to stay; itâs now the world’s largest âhospitality exchangeâ network with over 2.2 million members in 237 countries and territories. This isnât a fad. Itâs the ultimate travel community; encouraging people who love to travel to interact in various ways. This can be simply meeting for a coffee, walking around a city together or welcoming strangers into your home for a few nights.

It was my friend Lisa Lubin who was my tipping point to couch surfing finally. There are a myriad of articles that have been written on how couch surfing works, so Iâm not going to re-write a fact based article â but to learn more on the âhowâ hereâs some great resources:

How it works
How to be a good guest

Instead I want to talk about my specific experience of staying with 4 different strangers who I know call friends in the Netherlands and France.

Before arriving in the Netherlands â I had organized 2 homes to surf in through the online network; a single man and a couple. I wish I could say that I chose them very carefully from a journalistic research point of view â but quite honestly, they were the two people who accepted my couch surfing request! 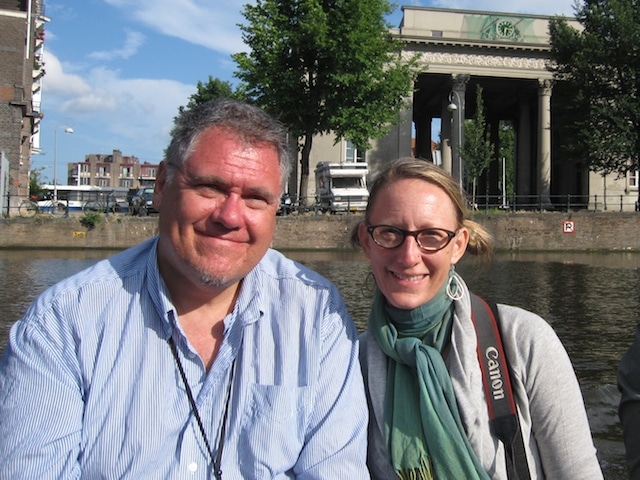 My first host in Amsterdam was a Canadian expat who had lived in Amsterdam for over 15 yrs. Graham was a veteran couch surfer; having played both roles as host and surfer. When I arrived at his apartment, he showed me his space, we sat and talked for a bit and then went out for an evening walk together around the city. He explained the layout of the city, pointed out buildings, things to do, explained how the transportation worked, and then we went to dinner together. That night I indeed had couchsurfing regrets…

The regret was simple, why did I wait 4 years to try Couch Surfing?

I quickly learned anyone with good manners and social skills can be a good couch surfer. Yes, you are getting a free place to stay, however that doesnât mean that your hostâs apartment is a hotel and they are the concierge. Since I have spent time house sitting, I simply approached it the same way I do when I stay in someoneâs home for house sitting. The key is to give back more than you get.

Graham was the perfect introduction to couch surfing. I stayed on his super comfortable couch for 4 nights and he completely opened his home to me providing me a key, a large bag of maps and guides, and access to the internet! We talked endlessly about travels, cultures, photography, our families, the Netherlands, and expat living. Every time I had a simple question about where something was or how to get there, he helped me.

He accompanied me to the Aalsmeer Flower auction, on a bike ride to see windmills, and on a canal boat ride. Iâd like to believe that I actually showed him things and places he didnât know about in Amsterdam; but maybe Iâm thatâs a bit much to assume! My favorite times with Graham were the dinners. He made me dinner one night, and the next night I made an Asian feast for both of us; itâs about give and take. You are a guest, and you need to be a grateful guest. Considering I have no home â trust me, Iâm totally grateful when someone opens up their home to me! 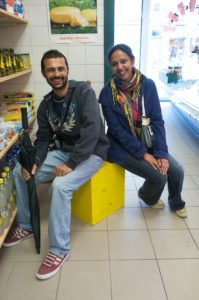 Akshay and Payal at the cheese shop

Next I moved on to a new home in Amsterdam for 4 more nights; the home of Akshay and Payal an expat couple from India who were somewhat new to Amsterdam. This time I didnât have a couch, I had a whole room to myself! The first night we must have stayed up until 1AM talking and drinking beer. Payal cooked up an Indian feast including homemade rotiâ¦yum! I hadnât had homemade roti since I volunteered in Delhi years ago. I had just met this couple but we immediately clicked. We talked endlessly about India and I had a hard time remembering where I was – India or the Netherlands; as these cultures collided in my head like bumper cars!

As we talked about our cultures and travels, I realized that one of the big benefits for hosts is they can sort of travel the world without leaving their home. By opening their lives to travelers from around the world they learn about cultures from around the world. So far, my experience with CSing hosts was they were thirsty for travel. Akshay and Payal went out exploring with me one day and in true adventurous traveling fashion I even convinced Payal to have her first raw oyster at the farmers market!

That evening it was my turn to cook. Since Indian cooking doesnât really require an oven Payal wanted to learn how to use her new European oven. I decided to cook an American classic â my motherâs chicken casserole. We went grocery shopping together and I showed Payal how to make Midwestern American food; a processed food nightmare including canned cream of mushroom soup and Velveeta cheese. I felt a bit guilty for propagating unhealthy American foodâ¦but she said she wanted to learn it! Sharing cultural foods and stories with Akshay and Payal were a highlight for me.

Next I moved on to unplanned couch surfing for a few short stays. I stayed with a gay couple Rotterdam who opened up their amazing flat with two pudgy adorable cats. Daniel was Dutch and Oliver was Lebanese. This was perfect because I had yet to stay with someone actually from the Netherlands and I was looking forward to meeting Oliver since I was planning to be in Lebanon this winter. Daniel and Oliver treated me like a family memberâ¦cooking up a multiple course feast! They also helped me with all of my transportation for the next day when I wanted to go out and photograph the Kinderdijk windmills. 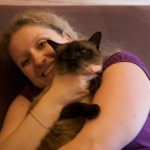 My final CSing experience was in Paris. I wanted to go to Paris to do photography so decided that I was having such good luck with CSing, I might as well continue down that path.Â  Audrey and her cat Eros took me into their apartment for my very quick trip to Paris. I learned that Audrey not only used hosting as a great way to âtravelâ without going anywhere, but she also used it to keep her English language skills up to date. Another great benefit for the hosts!

I was lucky enough to experience 4 very different environments from large to small flats, men, women, couples, expats, natives â but the one thing they all had in common was their generosity and interest in the world and other cultures.

I look back on my previous travels and wonder why I never tried this before; I feel silly for waiting so long. No more regrets â couch surfing will be a part of my travels moving forward. And if I ever do own a couch again â I will be thrilled to host travelers from around the world!

The benefits to couch surfing are numerous for the surfer AND the host.

Couchsurfing benefits that I discovered: 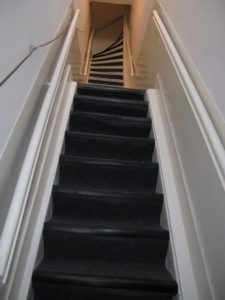 Doing Good â Letâs face it, the sharing of cultures and love of travel creates a better world
Social outlet â for a solo traveler like myself, CSing allowed me to go out and explore on my own, but have people to come âhomeâ to and talk about what you did that day which is one of the things I often miss when traveling solo. You can share your experiences with someone!
Insider information â every host armed me with guide books, maps, and sometimes even bikes or public transportation cards. I really had no need to buy any guide books before arriving in a new location.
Local Knowledge â I learned things about Amsterdam I never would have learned if I had stayed in a hotel or a hostel â like how steep the stairways are in an average Amsterdam apartment!
Lifetime Friendships â everyone of the hosts I stayed with are now friends of mine on Facebook and I converse with them regularly in the hope to see them again some day!
Saving Time â I saved oodles of time by simply being able to ask my host questions about how to get around or ideas on what to see/do. Transportation can be tricky and time consumingâ¦but in my situation my hosts were able to provide me the information I needed to easily get around.
Saving Money â yes, you save moneyâ¦but that really shouldnât be your motivation for why you want to couch surf else you are missing the point.

The couch surfing motto is âParticipate in creating a better world one couch at a time.â
Based on my experience, I think they are achieving it.

Thanks to my awesome hosts â Graham, Akshay, Payal, Daniel, Oliver, and Audrey!Â  I no longer have any couchsurfing regrets as now I’m finally a part of the community!

Itâs projects like this that give me faith in us as a global human race. It reinforces to me that even though we all come from different backgrounds, religions, families, cultures, and experiences â we CAN all get along.

Have you ever couch surfed? What benefits have you realized from surfing? If you have a couch would you consider opening your home to surfers?Â  Share in the comments below!