Back when I had a kitchen, I owned a waffle maker. Waffles have made it into American kitchen culture, but do you know where they originated? The tiny country of Belgium; hence the beloved Belgian waffle.

When I traveled to Belgium this summer I was excited to do my share of tastings of Belgian waffles, I wanted to find the best waffles in Brussels!  But I quickly learned when it came to Belgian waffles â itâs complicated.

My First Belgian Waffle in Brussels

On my 2nd day in Brussels, I went to the Sunday market and while there I stopped at a little van which sold waffles and tried my first delectable taste of square Belgian baked goods. It was good, I was happy â so happy I got back to my home and put my little video of my waffle tasting on Facebook.

Thatâs when I learned I was ill informed when it came to Belgian waffles.

History of Belgian Waffles (it’s more complicated than you think)

Immediately I had one of my friends ask me if the waffle I had was a Liege or Brussels waffle. Huh? There are different types? Soon other well-traveled friends started chiming in; and there was a waffle debate going on inside my Facebook page!

I quickly googled these types and found a myriad of info about the dueling waffles. Plus â I also quickly learned that much like the fortune cookie, the Belgian waffle was something contrived in Americaâ¦not Belgium. It was introduced at New York’s 1964 World’s Fair by restaurateur, Maurice Vermersch, where waffles were sold as “Bel-Gem Waffles”. Vermersch decided to change the name to the Bel-Gem Waffle upon observing that many Americans could not correctly identify Brussels as the capital of Belgium. However the Americanized Belgian waffle was mainly contrived from the Brussels waffle with a few substitutions.

A Tale of Two Waffles

I studied the internet on Brussels and Liege waffles and quickly learned how to tell the subtle differences.

Brussels waffles are made with an egg white or a thin, yeast-leavened batter which makes them lighter and their appearance is more rectangular with deeper holes and smooth edges. They are easy to differentiate from LiÃ¨ge Waffles by their rectangular sides.

Liege waffles (named after a town in Eastern Belgium) are made with a batter that is more like bread dough; thick and sticky. The dough contains chunks of pearl sugar, which caramelize and form a crispy, crunchy, golden coating.

The dough is spread/pushed into the waffle maker and the end result is uneven edges and a more dense, sweeter, and chewier waffle.  There are not rectangular sides.  It is the most common type of waffle available in Belgium and prepared in plain, vanilla and cinnamon varieties by street vendors.

I said this was a tale of two waffles, but it’s actually necessary to mention the third waffle – which is an Americanized version of the Brussels waffle – and it’s what we are probably most familiar with in North America.  Recipes are typically baking soda leavened, though some are yeast-raised. They are distinguished from standard American waffles by their use of 1 Â½” depth irons.

Waffle Tip:  In Belgium, most Brussels waffles are served warm by street vendors and dusted with confectioner’s sugar, though in tourist areas they might be topped with whipped cream, soft fruit or chocolate spread for the tourists who are expecting Americanized Belgian Waffles.  So if you want a true, local waffle in Belgium – you have to forego the whipped cream, chocolate, and fruit.

Taste Test – Which Waffle is the Best?

I was now armed with waffle knowledge and was ready to do my own taste test. Based on my research I realized the waffle I had at the market was a Liege waffle; so next I wanted to try a Brussels waffle.

I went down into the tourist hive, near Grand Place, and found oodles of waffles places near the famous Manneken Pis statue. In fact there were even life-size replicaâs of Manneken Pis holding a waffle while holding his âdingleâ in his other hand; which didnât seem very hygienic to me!

I ordered a light Brussels waffle and simply had it with powdered sugar as opposed to the high calorie tourist temptations (American Belgian Waffles) they had displayed in the glass cases. (Seriously â how can you even taste the waffle with all of that additional stuff on topâ¦ridiculous!)

I loved the light Brussels waffle; it reminded me of what my mother used to make on Sunday mornings. I had declared it the official âwinnerâ.

A few days later I found myself in the college town of Leuven and walked by a little snack shop in a non-touristy area; I was hungry so decided to treat myself to a waffle snack. I didnât have any choice of waffle types â they only served the Liege waffles. So I took my waffle sandwiched in its little waxy paper and ate it while walking around the city.

Whoaâ¦.wait a minute. I stopped, took another bite and let the caramelized goodness melt in my mouth with a slightly sweet aftertaste.

This Liege waffle originated from a regular âbrick and mortarâ store as opposed to a truck/mobile waffle store I tried at the Brussels market –  and it completely won me over.

I clearly needed to do MORE research.

For my remaining 2 weeks in Belgium, I took my journalism seriously; I researched waffles every chance I got. I videoed them, photographed them, tasted them, and took notes. I poured through my data and studied my findings and came up with this result.

Don’t believe me – try them for yourself – make them in your own home! 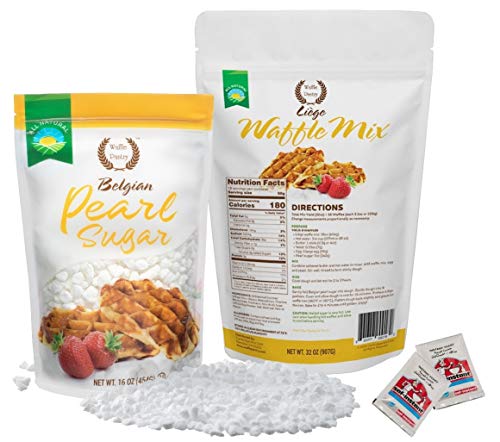 Where To Find the Best Liege Waffle in Brussels

Specifically, I prefer the Liege waffle from Vitalgaufre â a chain of shops found in Brussels and internationally. Instead of piling fruit and needless whipped cream on top, they simply bake some of the fruit/vanilla into the batter so that you can still taste the flavor of the Liege waffle â YUM.

And if you are looking for real Liege Waffles in the US and find yourself in Ohio…check out the Taste of Belgium.  I had them in Cincinnati and it was as if I were back in Belgium!

Oh yeah and one more thing to blow your mind and remind you that you know very little about the origin of waffles. In Belgium, they donât eat waffles for breakfast nor do they use syrup! Seeâ¦travel is education! 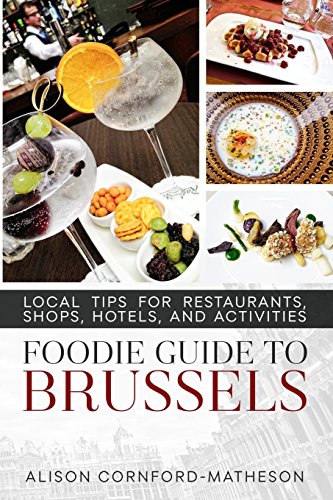 The Foodie Guide to Brussels: Local Tips for Restaurants, Shops, Hotels, and Activities
$9.99
Buy Now
I earn a commission if you click this link and make a purchase, at no additional cost to you.

Which Waffle do you prefer? Or do you need to do more ‘research’? Share in the comments!