Have you heard the Midi Market? 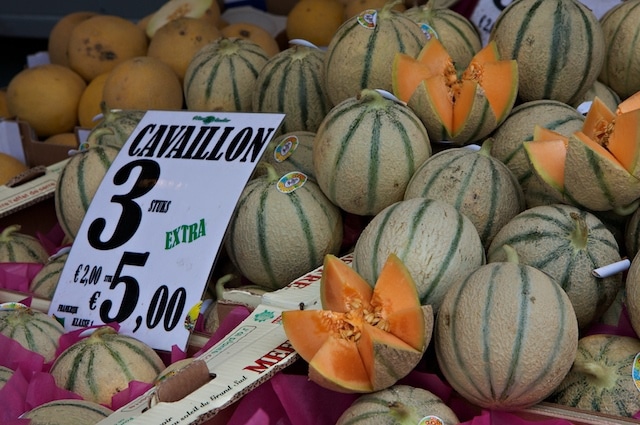 What's in season at the Midi Market?

I adore markets; they are my single favorite place in any country or city to photograph, visit, interact, and write about. By going to the market, you experience the culture and commerce of a country.

When I was told about the Sunday Midi Market in Brussels, it was #1 on my list of places to visit. The Midi Market is said to be the biggest in Europe behind Ventimiglia on the Italian Riviera. On average 450 stand holders sell their wares, mainly foodstuffs and clothes of all varieties. It is held around the big Midi train station making it easily reachable by all public transportation. As far as I can tell, it is held year around on Sundays from 6AM to 2PM.

As I stepped out of the Gare du Midi station I was excited to experience the famous market. I followed the mass of people and started to see the temporary stalls lining the roads. To my surprise, I didnât see fruit and vegetables, instead I saw shampoo, make-up, and kitchen appliances! This is one of the cultural oddities of the European markets, itâs not simply food, itâs EVERYTHING. Itâs as if WalMart exploded onto the streets. Socks, shoes, coffee makers, nail polish, underwear, rice makers, flowers, fruit, vegetables, butcher, baker, candy, cheese, and handbags. Shame on me for simply thinking this was a place to by food; it was much more than that. 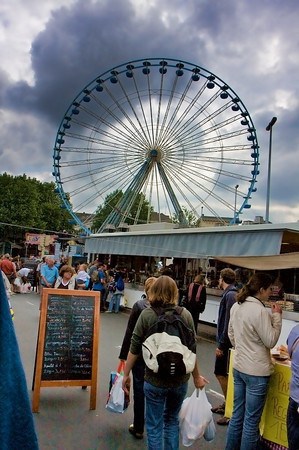 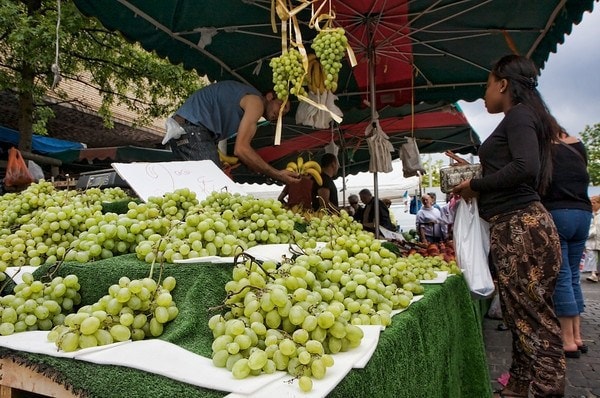 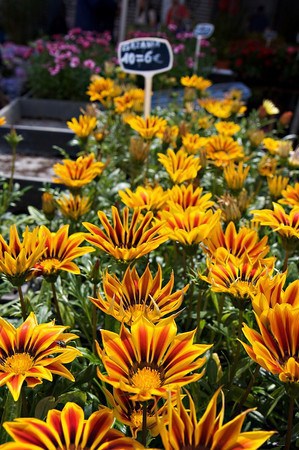 I meandered through the clothing and home supplies, and walked towards the loud noise in the distance. Ahead of me was quite a commotion; the energy pulled me in closer and closer. I had heard the Midi Market was vocal, meaning the vendors would yell at you trying to get you to come to their stands. However, As the day progresses, the prices fall and the yelling gets more urgent and vocal. If you even look at peach and linger on it a bit they have it in a sack and handed to you! This persuasive selling mainly was confined to the fresh fruit and vegetable vendors. I stood and watched them effortlessly switch between Arabic, French, and Flemish in their vocal pitches to the public.

At this moment I realized what an incredibly diverse melting pot this market really was. I walked down the crowded aisles getting lost among olive and nut vendors making me wonder for a moment what country I was in. It felt as if I were in Morocco, Italy, France, and Egypt all at the same time! And to top it off the origins of the shoppers themselves were just as diverse as the vendors.

I was also surprised to see large trailers trucks which turned into cheese shops, butcher shops, and candy stores as if they were straight out of the Transformers movie. All of the stands had samples available to taste, so you could check the quality before you bought. 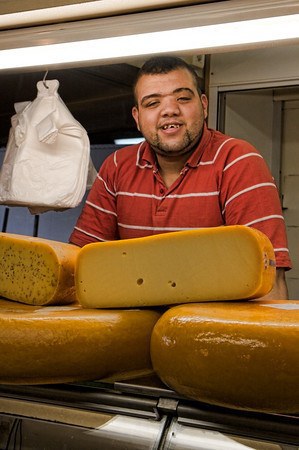 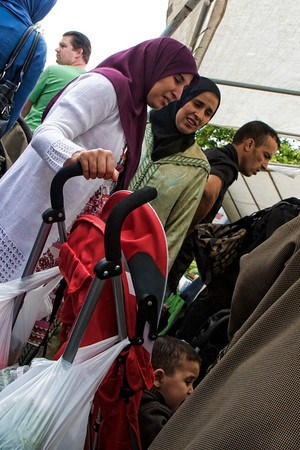 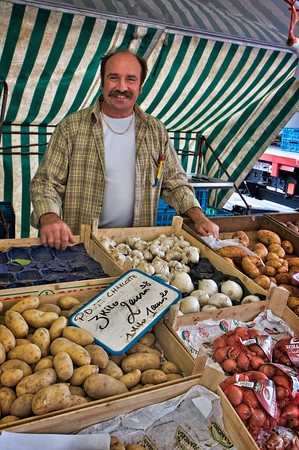 I honestly couldnât figure out any real layout to the massive outdoor market which wove through train underpasses and parking lots. The food vendors seemed to be spread out all over while the flower, clothing, and luggage vendors were all in one place. I wandered aimlessly dodging rolling bags filled to the brim with produce, kids tagging on their motherâs dress, and occasionally trying to escape the impromptu rain showers! They even had waffle vendors enticing you with the aroma of freshly made waffles meandering through the market. It was a complete sensory experience!

The prices were by far the best in town. In fact, if you liked to gamble a bit, you could stay around the market later in the day and see the prices drop considerably, but the inventory went fast at the end. The vendors would make new signs and stick them out on the fruit, so it paid to wander around a bit and try to find the best prices. Of course it took me more time as I tried to convert Euro to dollars and kilos to pounds in my headâ¦eventually I just gave up and stopped worrying about it! 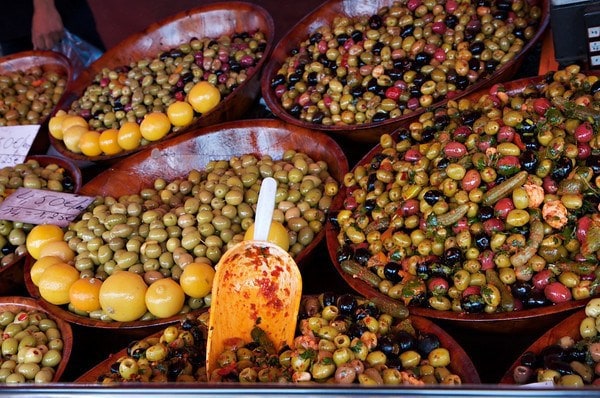 Most of the vendors had someone at their stand who could speak English, but considering I was surrounded by all of these multilingual people, I felt kind of silly about my lack of language skills! However, my language barrier didnât stop me; I ended up buying all of my produce, cheese, and bread at the market for the week â it was an amazing value. I went home with my backpack brimming with white plastic bags!

I was in Brussels for 4 weeks and I went to this Sunday market 3 times as it was my favorite entertainment in town. It didnât take me long to establish my favorite vendors whom I would revisit and purchase from. My best advice is to bring a big bag (preferably one with wheels), come hungry (so you can stop for a waffle), come late (to get the best falling prices), brush up on your French numbers, and bring a camera!

6 Responses to "Have you heard the Midi Market?"