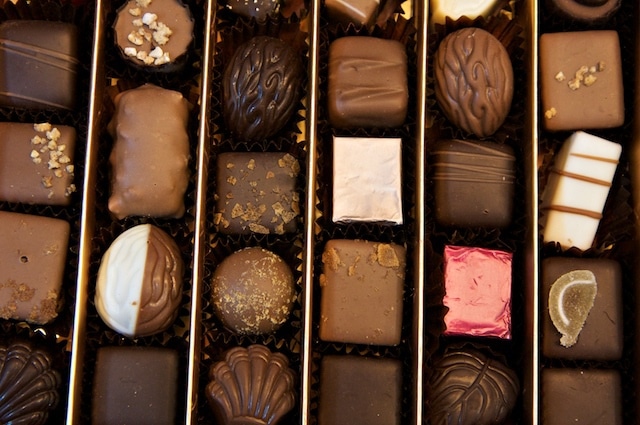 I looked through the freshly cleaned glass devoid of fingerprints and surveyed my choices. Dark, milk, nuts, liquor, and fruit; this was my lineup of choices at the Godiva chocolate shop in the Grand Place of Brussels. I looked at my watch and hesitantly pointed to a dark one. The sophisticated looking man carefully picked it up with his white glove and handed it to me ever so gently. The crinkled brown paper âcupâ it was served in made a slight paper rustling noise as it landed in the palm of my hand. I surveyed it, smelled it, and then ate it.

Dark chocolate goodness melted in my mouth; and it was only 9AM. 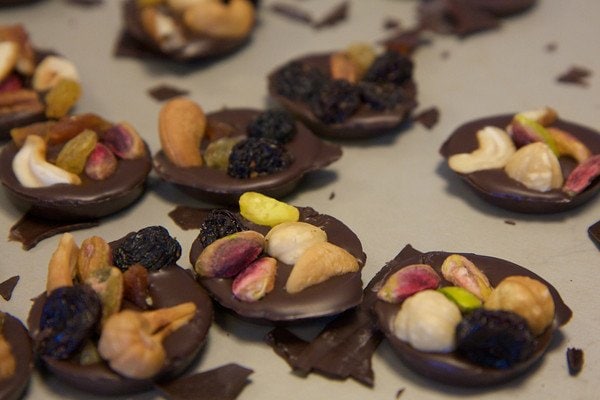 Many people say the best chocolate in the world comes from Belgium. I felt I needed to conduct my own research; after all, as a travel writer I must really dig into a story, check the facts, ensure my readers are getting the full truth! Sometimes travel writing it really toughâ¦tasting chocolate at 9AM is only one of the many traumas we face! Viator tours was willing to help me with my research and sent me on a Chocolate Tour of Brussels through a local operator Global Enterprises VIP Sightseeing.

The chocolate reconnaissance was to take place in Brussels from 9AM to 1PM â 4 hours of chocolate tasting…errâ¦I mean research work.

We started in the Grand Place with a small tour group who were sufficiently hyped up on coffee and anticipation of chocolate. The Grand Place was virtually empty â a great time to visit the normally tourist-filled square. I quickly learned I wasnât simply going to be eating pralines for 4 hours, instead the tour allowed you to digest the chocolate by walking around the historic city learning about Belgian chocolate as well as Brussels history.

Our fist stop was Godiva. I quickly realized the Godiva in Brussels was different than the Godiva in America. This was the home of Godiva and they catered to the refined Belgian chocolate palate mainly serving dark chocolate with a high cocoa bean content. Going to Brussels to taste chocolate is like going to Napa to taste wine; you realize itâs full of subtle distinctions. There is an art to tasting those distinctions much like wine tasting. As much as I wanted to just eat the pralines like a handful of M&Mâs, I had to restrain myself and consider the tastes and textures.

We walked on to Chocopolis where they make pralines every day. Pralines were actually invented in Belgium by Jean Neuhaus in 1912. They are basically hard chocolate shells with filling in the middle. The dark Belgian chocolate has a much lower sugar content than what we are used to in America. Itâs often slightly bitter, but oh so good for you! All of the chocolate houses in Brussels make pralines, but Chocopolis is one of the few making them daily. 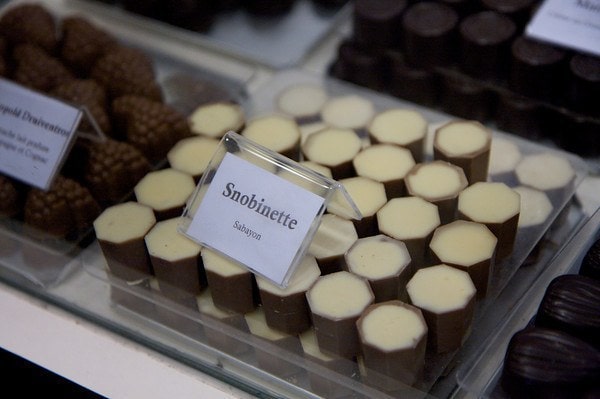 Our guide, Marc, continued to lead us throughout the streets of Brussels offering up nuggets of history laced with his fun personality. We not only learned about chocolate, but we learned about Belgium culture â a truly informative overall experience. I also really appreciated the fact that Marc stressed to us we were under no obligation to purchase chocolate at any of the shops we went into. I never felt any pressure to buy, as the cost of the tour included our tastings. 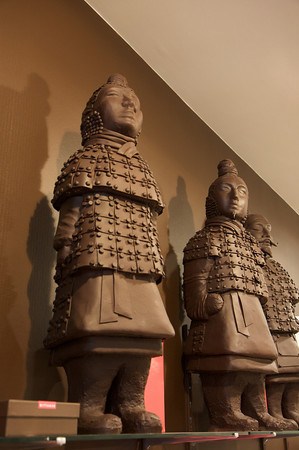 Our next stop was the Grand Sablon. Grand Sablon is a small triangle with the historic Notre Dame de Sablon church at its head. Lining the streets are cafes, bars, restaurants and shops – most notably the best selection of chocolate shops in Brussels. We went into shops like Pure; a sleek new addition to the area. They produced only bio chocolate (organic); not an easy feat to accomplish in the world of chocolate manufacturing! We also went into Wittamer and I was greeted by huge lifesize chocolate statues of the terra cotta warriors; an unexpected site! However I was quickly learning Belgian Chocolatiers made chocolate molds of everything in Brussels; Mannequin Pis, Duvel beer, and even frites and mayonnaise!

All the shops seemed to have their own ânicheâ which made them special; organic, high end, fruit, and even packaging. Pierreledent offered beautiful boxes which honestly looked like they were more complicated to make than the pralines! They also happened to offer brightly colored macaroons which were to die for.

Then there was my favorite Chocolatier â Laurent Gerbaudâs Boutique Et Atelier. He was somewhat new to the Belgian chocolate scene because he had spent his early chocolate making years in Shanghai perfecting his tastes for Asian spices which he now combines with his amazing dark chocolate secret recipe. His logo is even in Chinese characters meaning âChocolateâ. Yes, we all know that I have a soft spot for Asia, but my preferences aside, this was really my favorite chocolate. He presented us with an amazing combination of flavors such as dark chocolate mixed with additions such as peppercorns, sweet chili, Japanese citrus, bergamot, ginger, apricot, pear, and a cinnamon flavored Christmas chocolate. One final surprising thing about Laurentâs recipes was they contained no sugar, butter, or artificial flavoring. I could hardly believe a taste like that could be achieved without sugar; a miracle! 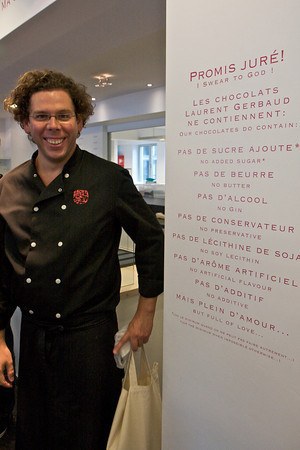 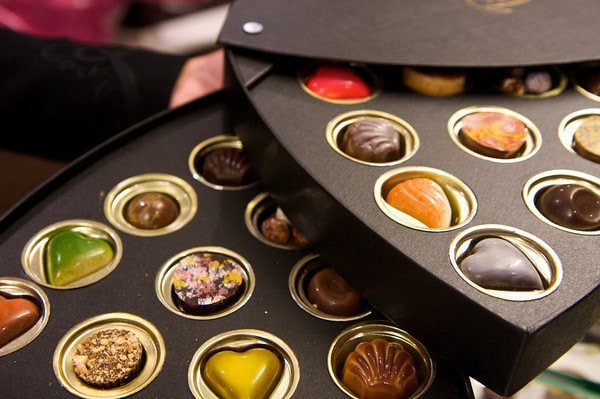 Not only did we taste his unique chocolate, but we were able to get hands-on and learn how to make our own chocolate. Our small tour group dawned hairnets and aprons and were allowed back in the chocolate making âkitchenâ of Laurent Gerbaud. There, his enthusiasm for his profession came oozing out of everything he told us. We each had a chance to learn how to fill chocolate molds, garnish them with various nuts, and package them. He also took us through a detailed chocolate tasting with an array of flavors and textures. We were all literally buzzing at the end of our hands-on portion of the tour!

We wrapped up the tour saying goodbye to all of my new chocoholic friends. I have a feeling most of us were off to take a chocolate nap that afternoon! Iâm happy to report, the impossible was achieved that day; I was officially full on chocolate.

View Chocolate Photography in Brussels
Thanks to Viator Tours and Marc from Global Enterprises for providing the tour to me. I honestly feel like it is a good value for your money considering the amount of time spent on the tour and the amount of chocolate consumed! Learn more about the Brussels Chocolate Walking Tour and Workshop.

8 Responses to "Chocolate for Breakfast – Brussels"