What has Travel Taught Me?

Home Â» Blog Â» Life Â» Inside My Head Â» What has Travel Taught Me?

What has Travel Taught Me?

Recently I was asked, âWhat is the most important thing your traveling lifestyle has taught you?â

That got my brain workingâ¦working really hard. There are so many things â but as I thought about it during a recent run in Central Park, it became clear to me what I learned from traveling long term and being a nomad.

Taking the Safe Route in Life 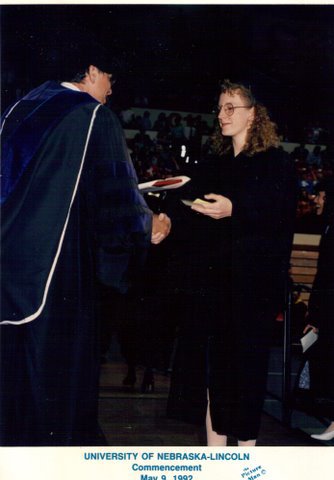 When I was in college, the decisions of what I would major in weighed upon me heavily. After all, I looked at those decisions as how I would ensure security and entry into adulthood. This decision of what to major in was the paramount decision in my life; and I thought it would define my path into retirement.

I decided to major in Business and deliberately chose Accounting to be my focus. Why Accounting? Did I love numbers, debits, and credits? Did I love rules? No, not at all. I found nothing really exciting about accounting, but I found it to be easy to do; you follow a set of rules I memorized and âPresto!â I had a good grade.

Plus â the other deciding factor in majoring in accounting was because all accounting students found jobs in what was then the Big 6 accounting firms. It was a fact, in your senior year, you applied to all of the Big 6 firms and some smaller local ones, and âPresto!â you had a job out of college. You passed the CPA exam and you worked and worked and had a secure life.

The sole reason I chose accounting as a major was because it provided the most security and had the least risk.

(yes, I know you are wondering what this has to do with the travel questionâ¦stay with meâ¦itâs coming!)

I started my job in accounting and then Bill Gates and Microsoft Windows 3.11 came along. As the most recent college graduate, my managers expected me to know something about this new âcutting edgeâ application. I didnât really know anything, but I told them I was willing to learn. Over the next 3 years I grew into a self taught IT systems analyst. I happily left Accounting behind (never did get my CPA) because I looked ahead and realized this new profession of IT had way more security, stability, and money in it than Accounting would ever have.

All of my job changes and life decisions after that were also around the idea of security and setting myself up to have some sort of perceived âcontrolâ over my future. Not just from an immediate future standpoint â but one that took me into retirement and ensured that I would have a job and security until I reached retirement age.

This focus on security and stability was my primary focus as a new adult; and I think this is really the same for 90% of the people out there.

I trace this intense security focus back to my childhood; for some odd reason my earliest memories as a teenager include a fear of ending up jobless, penniless, and living on the streets. Strange since I donât even think I had seen a homeless person in my home town of Peoria, IL. But my brain envisioned this worst case scenario.

It was especially vivid when I was forced with big life decisions such as college choice, college major, and job offers.

I always took every job offer feeling as if I was the lucky that they wanted me, instead of me considering that the business was the lucky one for snagging me. I didnât value what I had to offer because I was too worried about having no future and ending up hopeless and penniless.

However – something has changed, and it has changed drastically. For the first time in my whole life, I am not making decisions based on security, safety, retirement and a fear of becoming homeless. I have new confidence and feeling of invincibility that Iâve never processed before. What caused this change?

Travel Stopped the Cycle of Fear 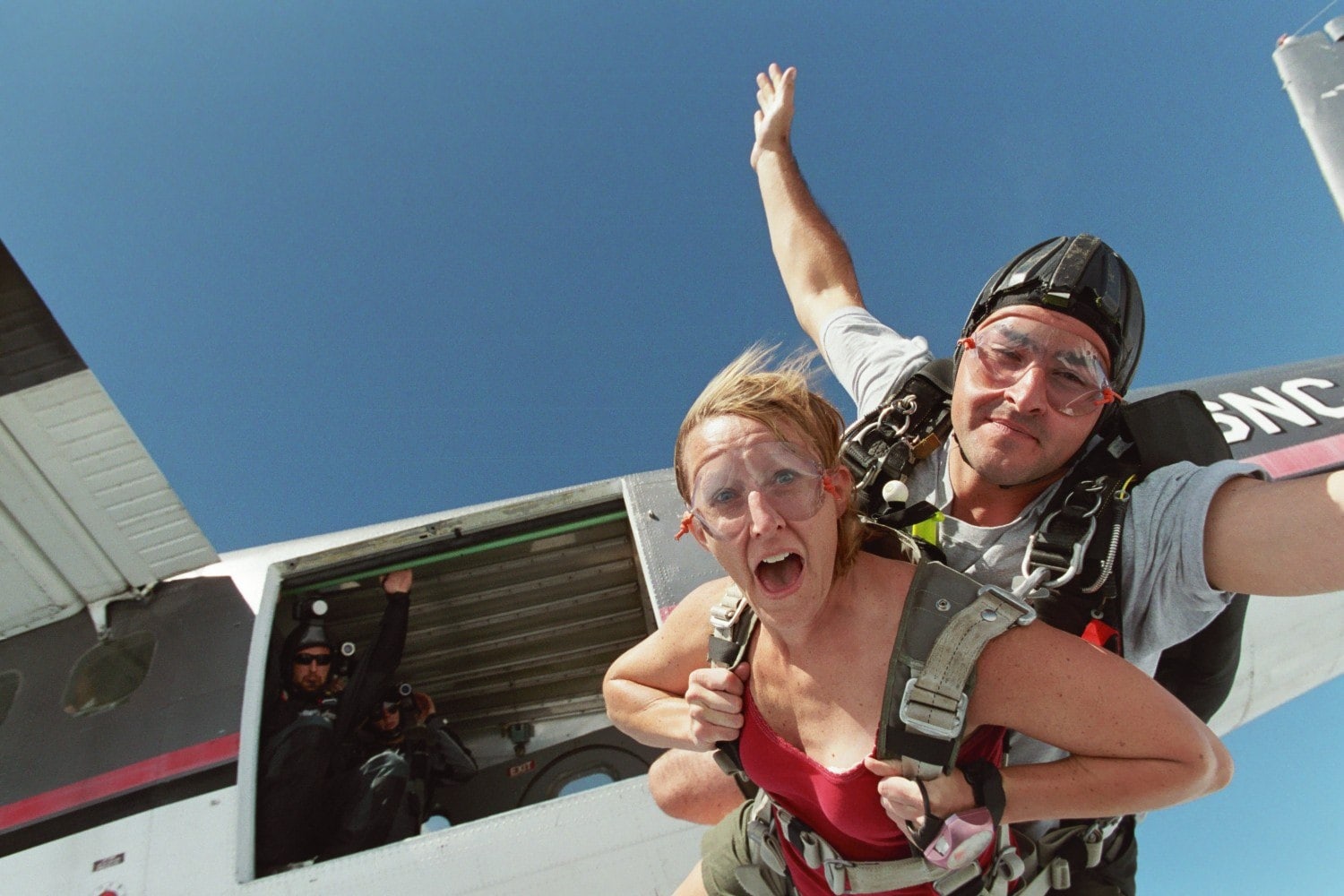 Now that’s the look of fear!

Once I stepped off of the ânormalâ life highway and threw myself into the unknown of leaving my job to travel; things slowly changed. I donât think I realized how much my mindset changed until just recently as I was preparing for speaking presentation about career break travel.

I was talking with the other panelists and we were all discussing what we were doing and how we all looked at our careers and choices differently now. Unanimously we felt we were more in control than ever of our lives. We were more confident in our abilities to find work; work we actually liked. We were confident about selling our career break experiences and parlaying that into a job. We were confident we would land on our feet.

None of us seemed to make decisions based on insecurity.

Extended travel did that to us.

The act of stepping our of the conventional routines we are in and challenging our ways of thinking can be one of the most powerful âteachersâ there is.

I also recently had someone ask me if I was worried about how I would be able to retire and support myself. Four years ago this question would have absolutely terrified me to the point that I wouldnât have been able to sleep, and my stomach would have been in knots thanks to stress. However, now I thought about her question and said, âI donâtâ really worry about it because I know Iâm resourceful and I will figure something out. I firmly believe that Iâm smart enough that things will work out.â 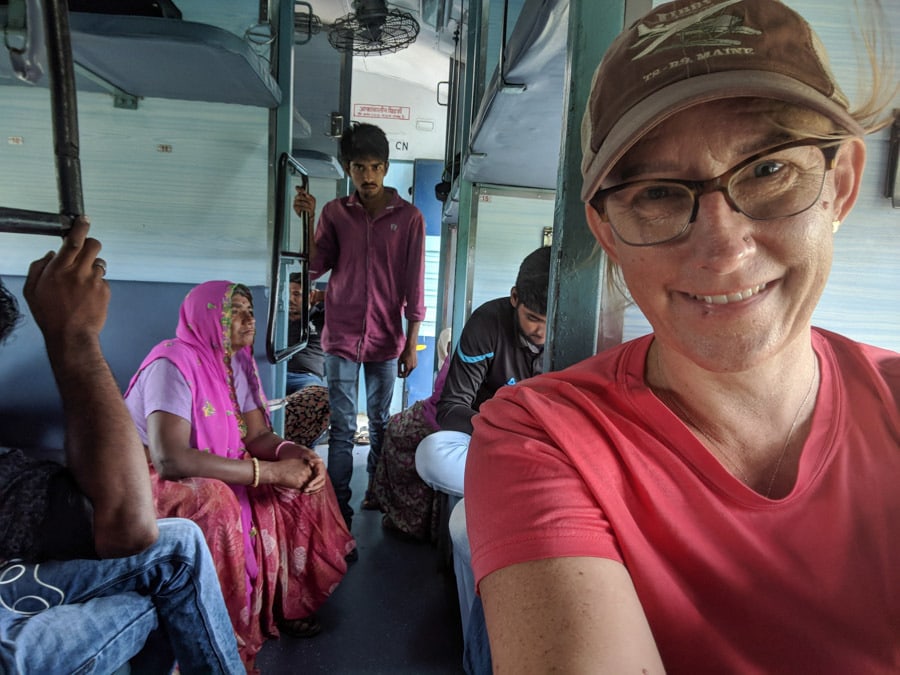 Sure, I also have money saved for retirement from my 14 years of corporate life, so Iâm not penniless in my 401k, but I donât worry that Iâm not putting more and more into it every year like I used to. Iâm not rich though, and I donât have a huge nest egg that will take care of me.

I do have confidence, confidence that whatever life throws at me, I will deal with. I have confidence in my vast amount of skills and what I can offer big or small businesses if I do decide to work in a traditional role again one day. I know the world is big and there are many, many places to retire and work and live.

I know that I no longer want to make decisions based on fear and security. I want to just squeeze everything I can out of life and enjoy it.

For Some, Travel is the Answer

Four years of traveling the globe, living abroad, doing odd jobs, freelancing, writing 500 blog posts, and being an entrepreneur has finally undone what it took 36 year to build up. It has broken down my fears of being homeless and instead given me more options than ever.

I know itâs not the answer or the lifestyle for everyone. I know this applies to a small niche of people who are looking for something different in life and would like a little push; a push to live without fear.

I had a marathon coach once tell me, âPain is fear leaving your body.â The unconventional decisions Iâve made in the last 4 years have been painful at times, but I believe my marathon coach. Thanks to my travels, my fears have subsided.

What lessons have you learned from travel?

This post is celebrating my 500th post on Ottsworld…how time and keyboard strokes fly…thanks for sticking with me!

58 Responses to "What has Travel Taught Me?"