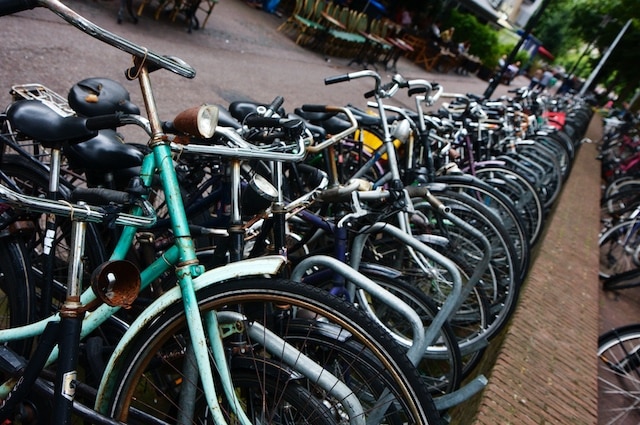 As soon as I stepped out of Amsterdam Centraal station from the airport, I saw what makes Amsterdam different from other cities Iâve visitedâ¦no, not the canals (Venice has canals!); it was the bikes. Seeing everyone flitting around on two wheels immediately struck me as a unique piece of culture.

Iâm not sure why, but I love cities with strong cultural ties to a mode of transportation. Vietnam and motorbikes, NYC and the subway, Nepal and buses, Monogolia and Jeeps, Delhi and autorickshaws, Philippines and Jeepneys, and nowâ¦Netherlands and bikes. The moment I set foot in Amsterdam, I knew I would be exploring the city by two wheels. The first day I went and rented a bike for a week making me the happiest tourist ever; wandering around the canals and down the rivers, out into the non-touristsy areas where little English was spoken, riding into the countryside, and even going bar hopping with locals.

My trip out into the countryside was one of my highlights. Originally I was going to go out to Zaanse Schans a village outside of Amsterdam along the river which is home to windmills and other touristy type attractions such as clogs, cheese, and village homes. Quite honestly, my only interest was the windmills and the thought of the other uber tourist attractions really had no interest me. I had plotted my way to get there via train and foot, but at the last minute, Graham, my couchsurfing host, agreed to come with me and turn it into a bike adventure! 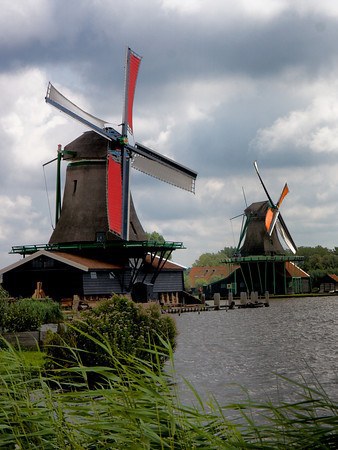 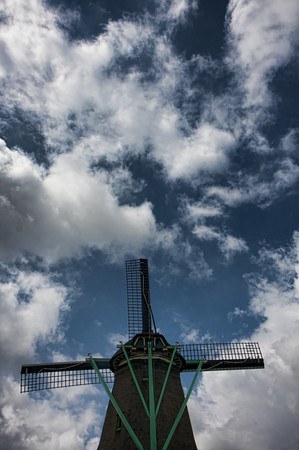 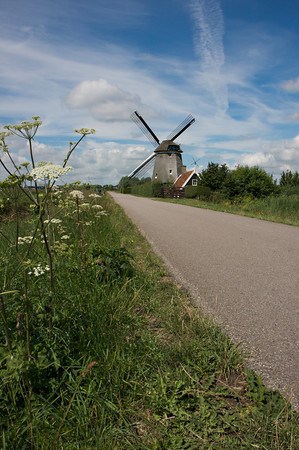 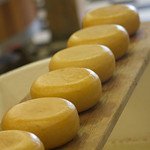 I was so happy to bike to the village instead of arriving the typical way with all of the other busloads of tourists. The ride took us about 2 Â½ hrs and Graham was the perfect guide explaining the landscapes and allowing me to stop for pictures.I felt so lucky to have him lead me through the confusing bike trails and polders. The windmills were worth it, plus while there we decided to visit the clogs and cheese tooâ¦I seldom pass up free cheese tastings!

The great thing about the Netherlands is that itâs flatâ¦very flat. The only real inclines are when you travel over the bridges in the canals. Because of this simple biking terrain, the Dutch use bikes that are sort of akin to a Cadillacâ¦itâs a cruising, âout on a Sunday driveâ bike. The bikes looked old since they had no gears and sometimes no handbrakes (remember the old foot âbackwardsâ brake?), and they were normally just plain black in color and heavy. You had a big cushy seat and sat upright while riding it not caring about wind resistance or speed. Because of the bike design, it gave the whole country an even more laid back feel to me. The few times I did see mountain bikes or proper racing/road bikes, they felt out of place â and more importantly they stressed me out just looking at them all hunched over, face in the wind, and in a hurry.

Seat Covers to protect your bottom from a wet seat! 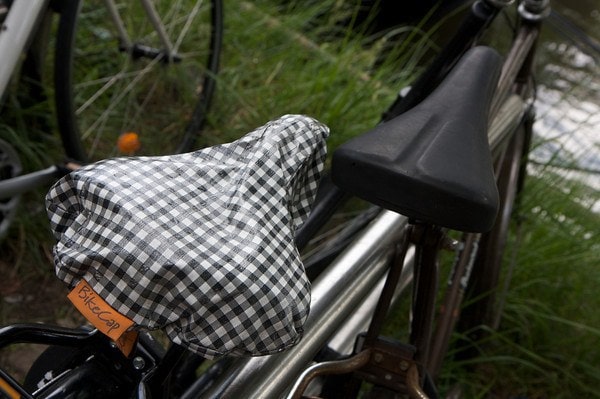 Baskets to carry everything in! 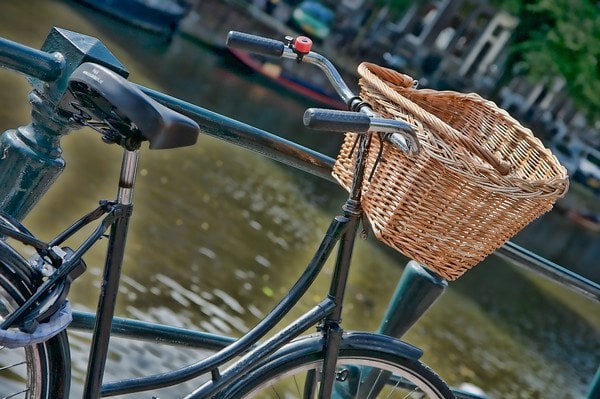 Special parking for bike only 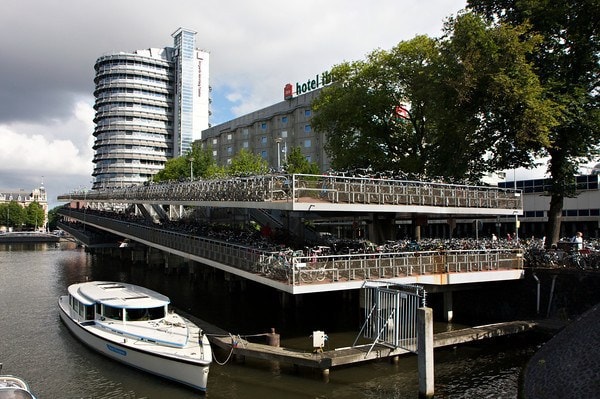 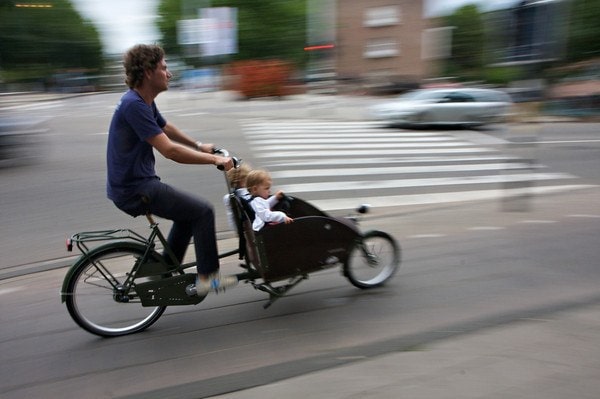 However there was one BIG thing missing which baffled me â helmets.

I used to look down upon the Vietnamese because they sporadically use helmets and really only do so because itâs a law. But I was surprised to land in this modern, educated European city and find that no one, and I mean no one was wearing bike helmets.

The social culture was also built around the bike in Holland â people talked on cell phones as they peddled down the street; Oprah would be very unhappy with this + the lack of helmets. In fact Iâm surprised that she hasnât unleashed her wrath upon the Netherlands yet. I was most tickled by the couples on bikes – they would ride two on a bike sidesaddle. They even went on dates on bikes (I saw a couple biking and holding hands at 3AM on a Saturday night).

More photos of the bike culture in the Netherlands

More photos of my trip to Zaanse Schans and Utrecht