Waking up in Istanbul 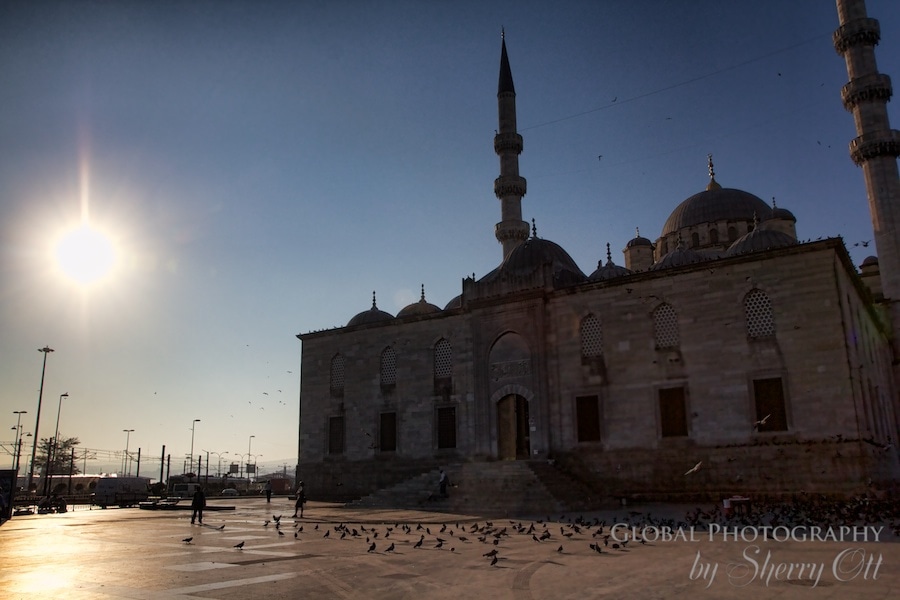 The New Mosque in Istanbul is occupied by pigeons in the early morning.

One of the best times to really see a city is the wee morning hours as the sun wakes up the homes, hills, and waterways with itâs golden glow. Commuters in Istanbul slowly move through their familiar paces and make their way to offices, mosques, stores, and stalls.

I woke up early and wandered aimlessly around the ferry docks watching commuters pour off of boats and through the back streets of the Spice Market. In the early morning hours, it looks quite different â itâs softer. Men drink tea and have their morning breakfast reading the paper and socializing with their friends and workmates. People smile at me, but donât say a word. Trucks clamor through the narrow streets delivering inventory before the groups of tourists show up to deplete the inventory once again.

This is the Sultanahmet area – the major tourist meca of Istanbul before itâs touristy veneer is put on. As I walked through the Spice Market before it was opened most merchants ignored me, something that would never happen a mere hour later in the day. Yet as I neared the end of one of the corridors, it started, âLady, you want some spice? Come look, come look.â I felt like Cinderella listening to the 9th bell toll at midnight, my magic morning Istanbul was disappearing in 3 more rings. But until then, I would enjoy every last moment of this insider morning experience. 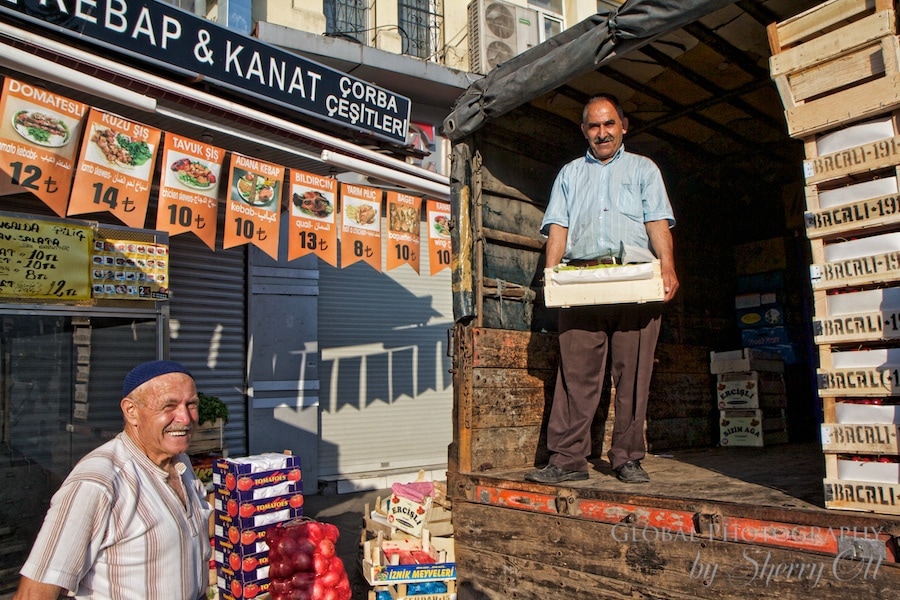 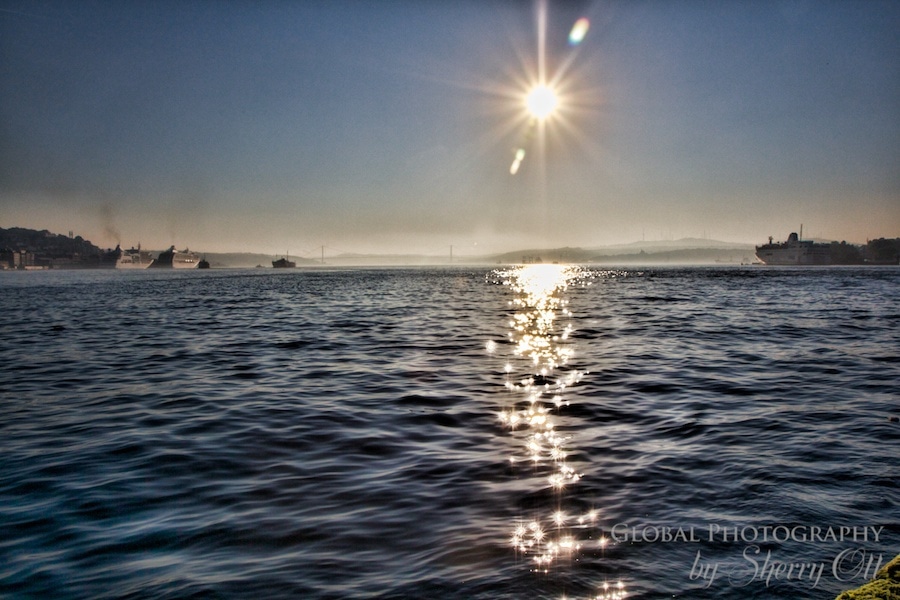 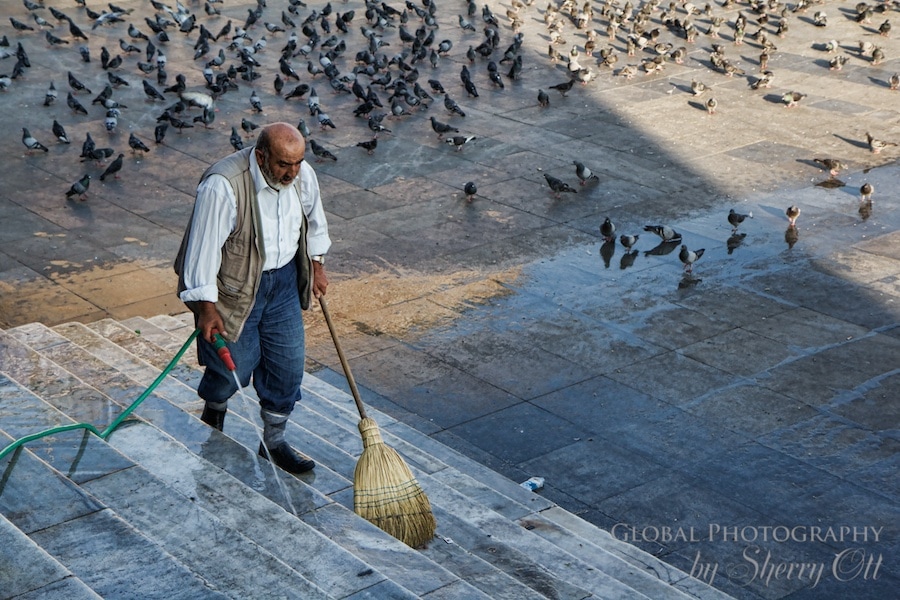 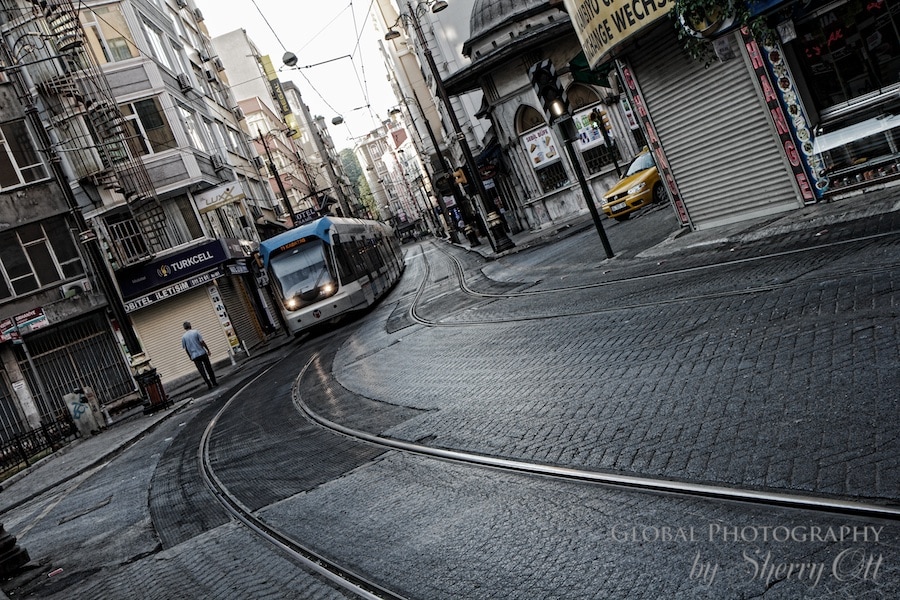 The tram runs through the heart of Sultanahmet, but in the mornings the streets are empty 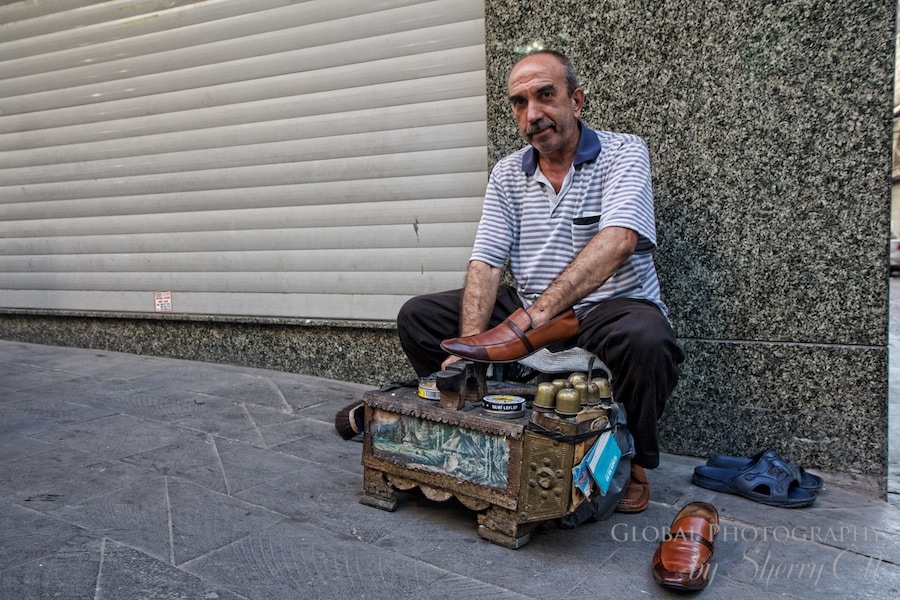 A man shines shoes on the corner before the crowds 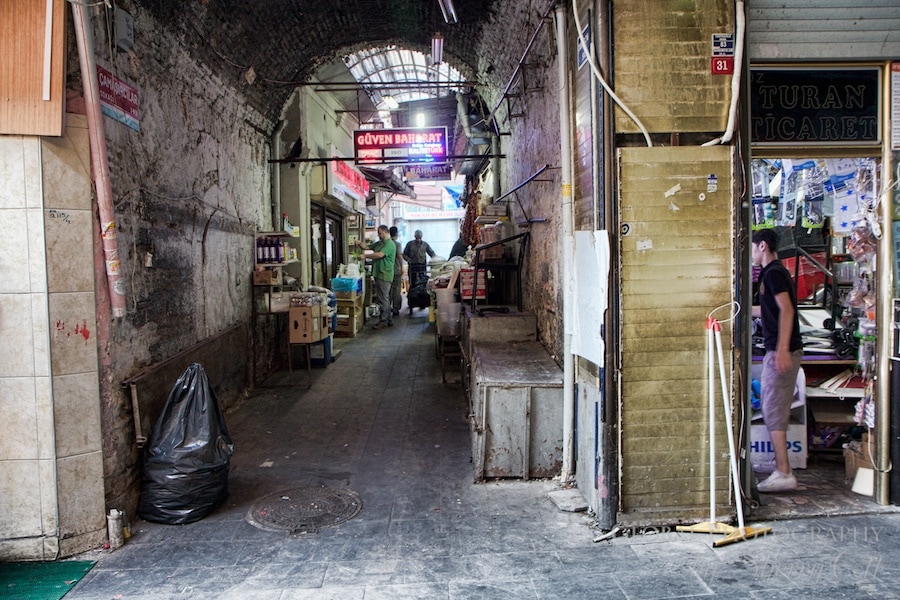 An quiet alleyway – before the storm of shoppers 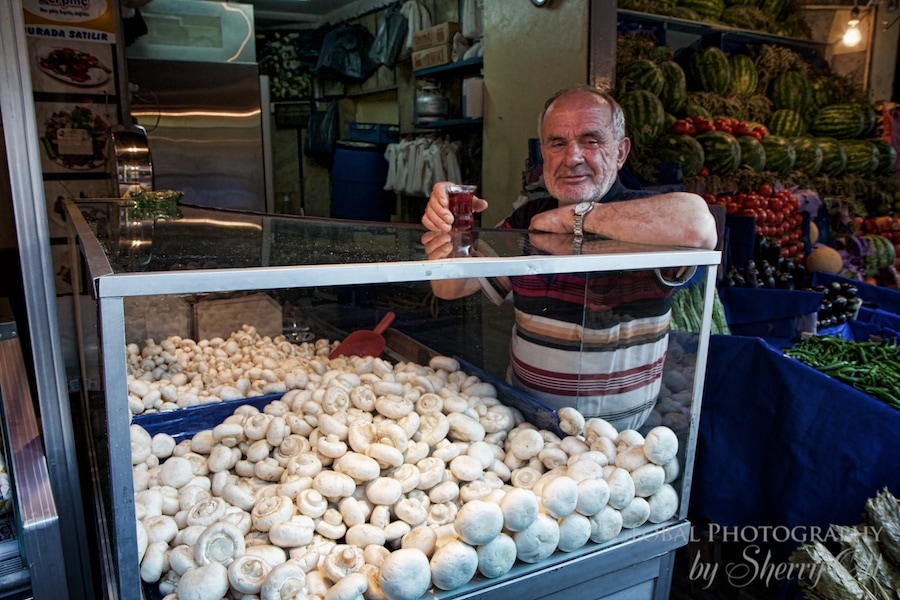 A man organizing his mushroom display pauses for a tea break 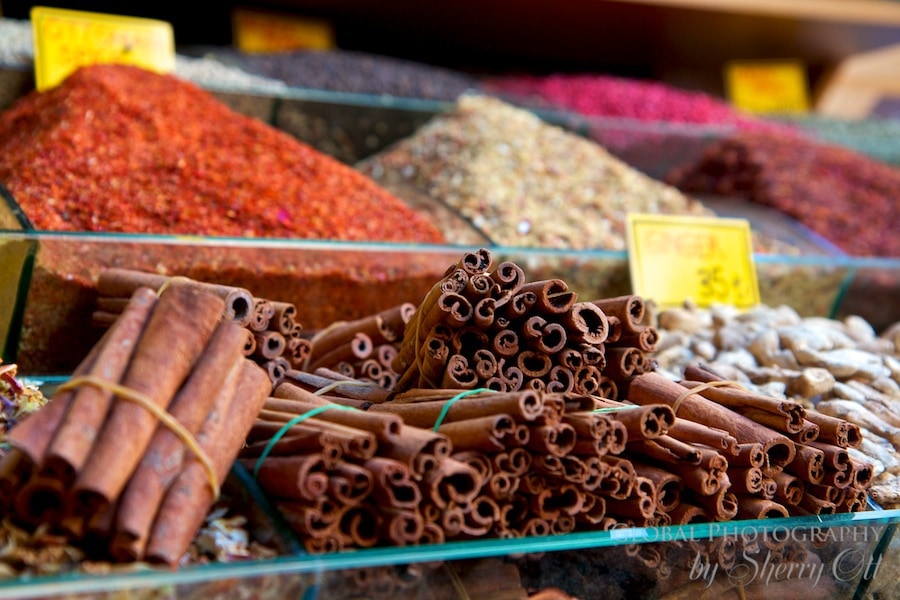 Soft early sunshine lights up the spices in the market 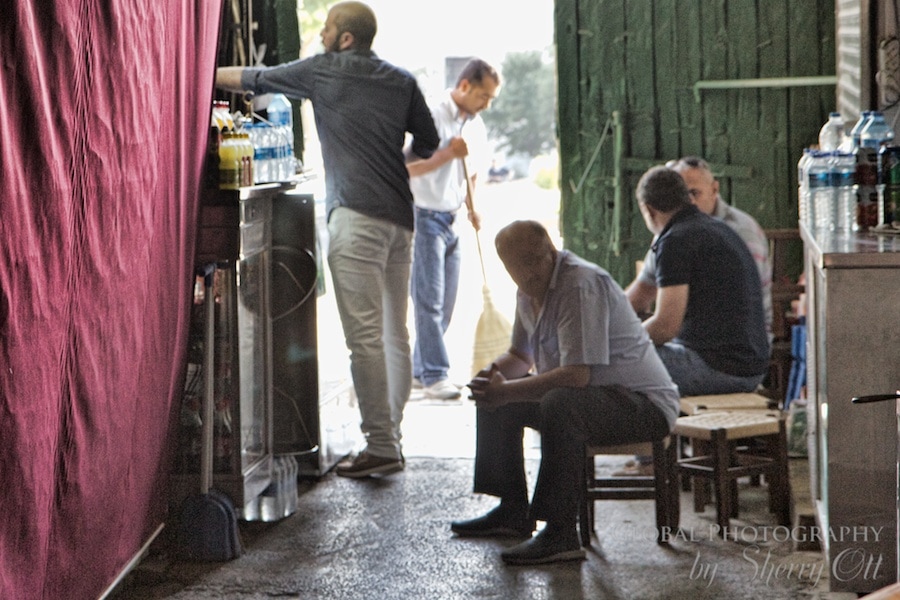 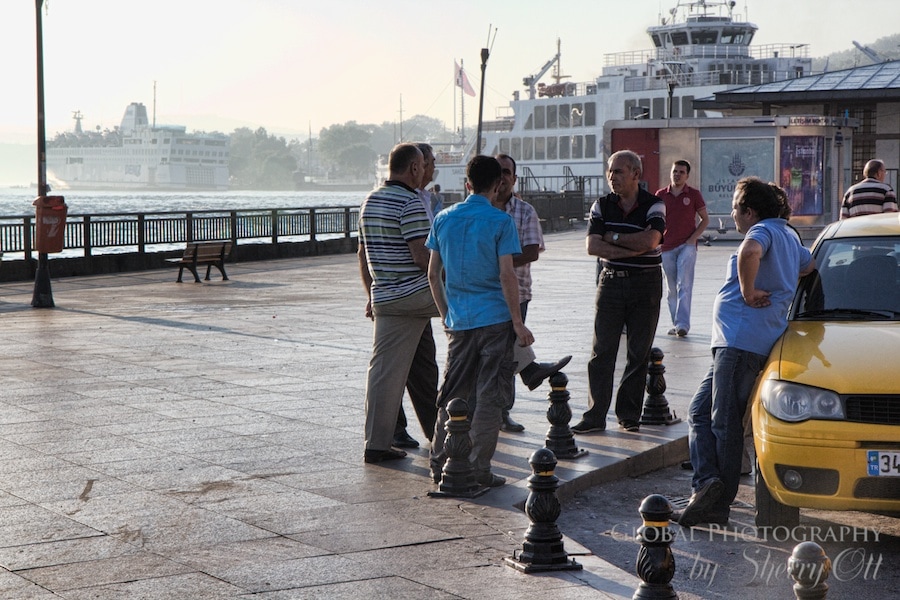 Taxi drivers socialize waiting for customers to get off the ferry 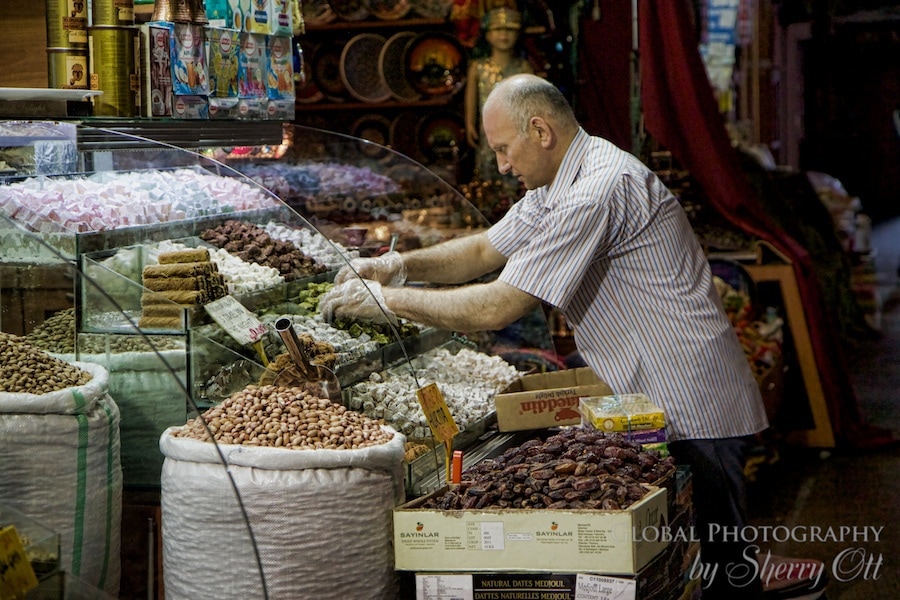 A man replenishes the turkish delight inventory in the spice market

View the all photography of waking up in Istanbul:

My stay in Istanbul was made possible by Wimdu. But all opinions expressed here are my own.

22 Responses to "Waking up in Istanbul"