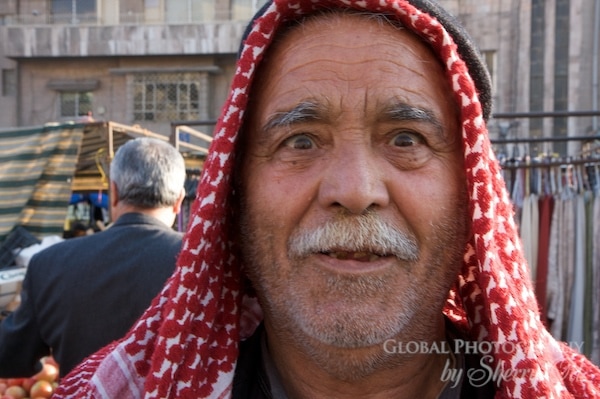 Everything has a little bit of crazy inside….

The big billboard ad looming over the highway read âExpect the unexpectedâ as a man in camouflage held a shiny rifle and smiled at the cars passing by below. I thought to myself â I hope this is advertising hunting, but quite frankly in the Middle East Iâm not quite sure â anything goes!

My winter in the Middle East was eye opening in many ways; the generosity, kindness, and culture were a surprise I wasnât prepared for. However when you spend time in a part of the world which is drastically different from the one you call your own it makes me take notice of all kinds of new little oddities. These observations are things the locals donât notice at all since itâs a part of their day to day lives, but to a foreigner they stick out like a zebra in a pack of lions. Your eyes and mind are immediately captivated by the scene. I collected many of these oddities in a little notebook and never really understood why they existed and more importantly, how the locals could accept some of them. Besides the excessive gun advertising I mentioned in the beginning, hereâs a few more Middle Eastern Oddities I came across during my winter in the Middle East.

Things in the Middle East That Surprised Me

In Lebanon there was an inordinate amount of gun shops, lingerie shops, and balloon shops. Everywhere I went this strange set of products were sold everywhere. Granted â I never saw a gun shop next to a lingerie shop â but it wouldnât have surprised me if I did!

There was an abundance of mechanic shops all over Jordan and Lebanon. In fact I wondered how they even had enough cars to provide business to all of these shops. There were whole streets and small towns dedicated to mechanical repairs. They were dirty and greasy and always an engine sitting outside in some sort of repair. 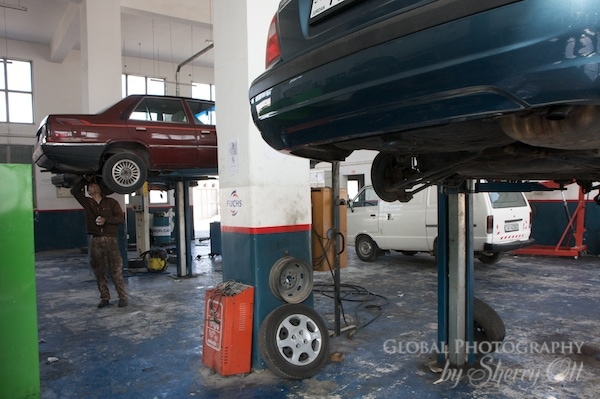 3. Speed Bumps on the Highway

In Jordan I was stunned when we were driving down an interstate highway with exit ramps and out of nowhere appeared speed bumps along the highway. Generally there was very little warning so when the driver slammed on the breaks and nearly sent me through the front window, I knew that meant a speed bump was coming up. Maybe this explains all of the mechanics in the country.

Speaking of driving, the Middle East seemed to have it own unusual set of rulesâ¦or basically a complete lack of rules. In most places there were the typical lines on the road indicating the center divide, but honestly I have no idea why they wasted the paint. All lines were completely ignored at all times. Generally people would make lanes wherever there was room. Much like personal space in the Middle East, cars space was non-existent. Any tiny little wedge of space was utilized on the road. And generally whoever got there first had the right of way regardless of any lines on the road.

In this same category of not necessary, in Lebanon stop lights were an oddity to me. They generally did exist everywhere, but they were often completely ignored or turned off. Most people explained to me this was because of the war. During the years of unrest, stop lights were removed and people just got used to living without them. The installation of stop lights again in Lebanon is relatively new â so new that many are installed, but donât even work or arenât turned on. You might think this creates utter chaos at intersections and the answer is yes, in my eyes it did. However, no one else but myself seemed to be concerned about it! 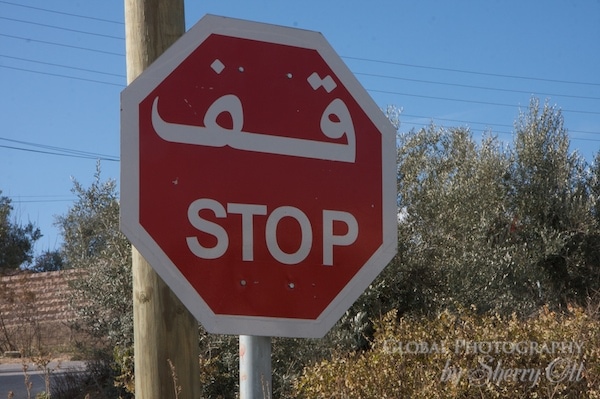 6. Drinking From the Same Bottle

Middle Easterners have this uncanny ability to share liquids from a bottle. I often saw families pass around a 2 Liter bottle of Coke and everyone take a drink directly from the bottle with out it ever touching their lips. They simply pour it directly into their mouth. It is a cool trick to watch. Itâs one of those things that looks easy â but isnât; as evidenced by myself pouring water all over myself in my attempt to mimic it.

Lebanon has no street addresses. No numbers adorn the outsides of buildings or windows. Instead of a traditional numbering and street system, they have big signs with the names of businesses on them pointing in the direction of the business. I honestly have no idea how this works. This was one of these oddities that I could just never understand. 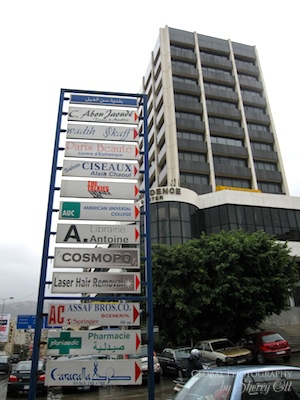 All gas stations are full service in the Middle East. Not once was there a self service option. This seems to be the âway itâs always been doneâ. Plus, there were no gas stations with credit card readers on their pumps which meant cash only.

There seemed to be little parking etiquette. In fact people routinely double-parked and blocked people in all the time. If there wasnât a parking space at the store you went to they would simply park behind someone else, get out of the car and walk in the store. I was left with my mouth gaping open thinkingâ¦âshould we be doing this?!â When it doubt â defer to the localsâ¦they know how things work.

Shared taxis called Serveece (Service Taxi) is the cheapest and oddest way to get around. The serveece has a route â sort of. It stops and picks people up along the route (which is subject to change whenever they want) as if it were a bus until itâs all filled up. Then it drops you off along itâs route and you just pay for your seat. This means that you will most likely be sharing the taxi with 4 other people and they may not be going to the same place you are. Mind boggling. 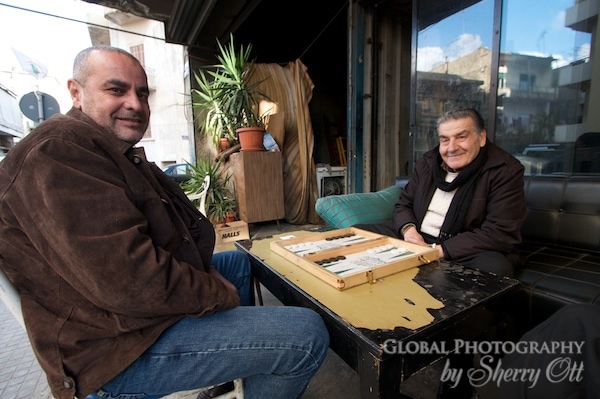 One of my suitors

I loved all of these oddities, even though I didnât understand them all; but I did learn to appreciate them in some weird way.

Have you traveled to the Middle East â what oddities did you notice?