Rickshaw Run Update From the Road #3

I’m traveling 2,000 miles through India by motorized rickshaw, raising $15,000 for charity: water. Â  While I’m sweating buckets, becoming one with my horn, avoiding cows, and getting grease under my nails on the road you can follow along with my Instagram updates. 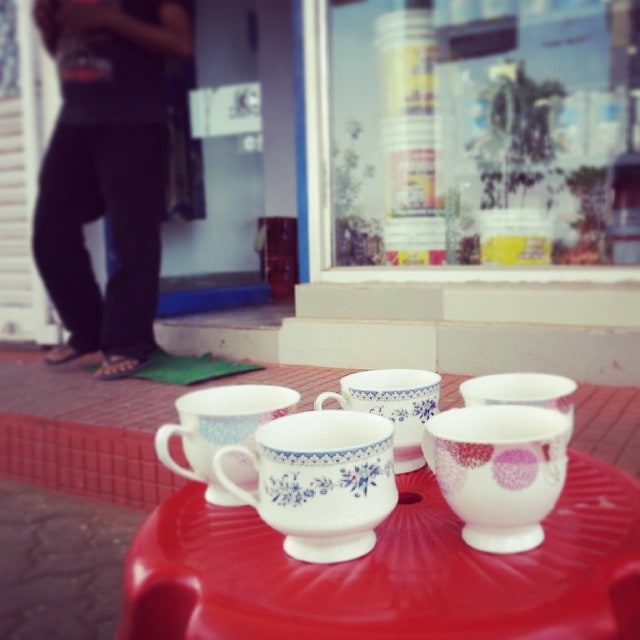 This gas station treated us to chai served in pretty teacups!

Rickshaw Run Day 6:
For the first time on the Rickshaw Run we actually accomplished what we set out to do for the day. 380 km today starting at 5:20AM – loading up the rickshaws before the sun was up. We have discovered that driving early in the morning is by far the best time to be on the road. After 8AM the chaos ensues. However the only reason we made it 380 km today is because we took theÂ main highway and didnât get caught in any freakish traffic jam.

It wasnât very exciting driving â and we took fewer breaks. Making it into the town of Srikakulam and promptly pulling into a Rickshaw service and dealership to give the 3 rickshaws some TLC â oil change, air filter, and other minor fixes needed. Thanks to our increasing lack of sleep we have learned how to nap in the back seat (something I thought would be impossible). Itâs cramped, SO loud, and smells like petrol, but when you are really tired you will sleep anywhere â including the 2 very budget hotels we stayed in the past 2 nights. The constant engine noise is getting to me â both from our own rickshaw and also from the tons of traffic around us. I think Iâll be happy when we get off the highway again and things are a bit slower paced â but until then we are making good time â finally. And we even get a number of people who think we are a real rickshaw and try to flag us down to get a ride! 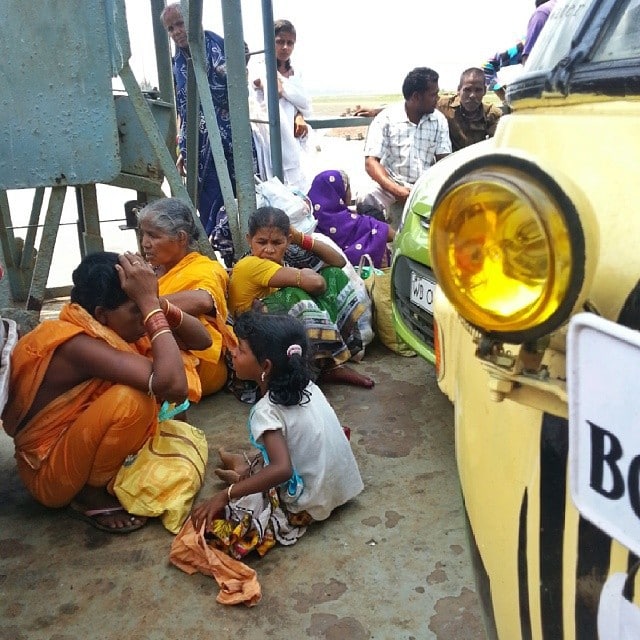 Put the rickshaws on a ferry today for a 30minute ride. Did a great morning drive through little villages and wetlands. We lost sometimebutitwas worth Otto get of that mind numbing highways for a bit! 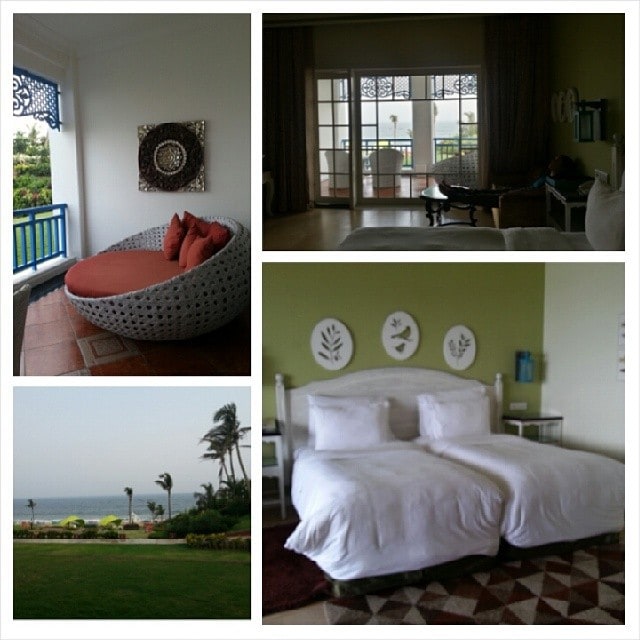 A little luxury at our halfway point in theÂ Rickshaw RunÂ – most nights we are in bug ridden dive rooms so this is a pretty nice change of pace. Plus it was out first glimpse of the Bay of Bengal! 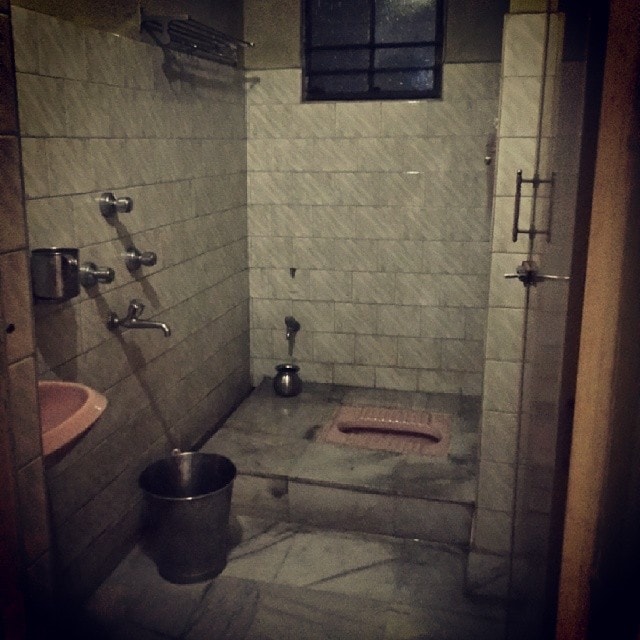 Oh the hotels just keep getting nicer and nicer. Our bathroom tonight. 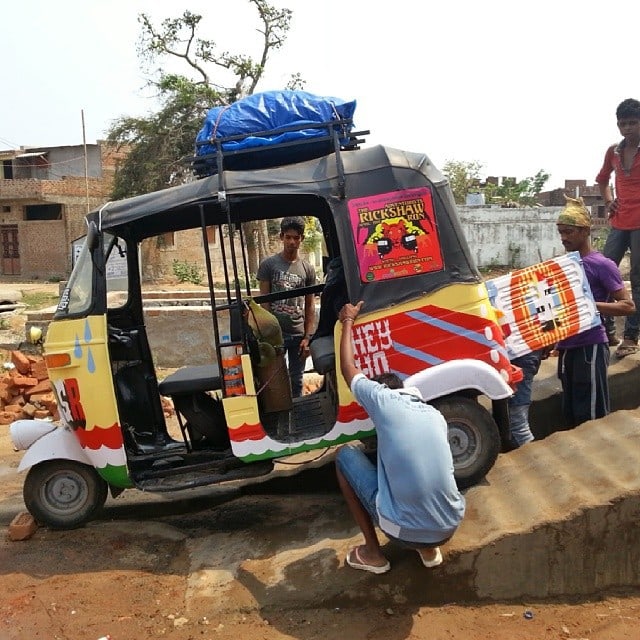 It was not a stellar day for the Rickshaw. We were doing great after our service stop yesterday and then at 11am it all fell apart. We think one of the screw was tightened too tight and after the bad bass this morning it showered the piece of aluminum that apparently holds on stuff important to the fuel line – we lost power and proceeded to spend the next 3 hrs trying to get it fixed. We decided to call it a day all feeling defeated and checked ourselves into a luxury resort on the beach.

Rickshaw Run Update Day 7
A roller coaster day. We crossed over into the state of Orissa today – a state where there are many charity: water projects completed. We aren’t sure yet if we’ll have time to stop and see any of them or not.

We had big plans for our progress today after our service the night before. However after about 160 km our rickshaw decided to poop out thanks to a broken part which meant a screwed up throttle. What probably should have been a quick fix turned into a very long fix and a complete change of plans on our part. After being stuck in mechanical repair hell for 3 hours (missing any lunch), and taking a nap on the concrete while the hordes of mechanic want-to-be young boys tried to fix our rickshaw sort of successfully, we decided to simply call âuncleâ and check ourselves into a seaside resort.

We still have some rickshaw issues and tuning to do – hopefully Pete get those sorted out pretty quickly tomorrow so we can get on the road. Iâm also on day 7 of a headache which is driving me battyâ¦I mean really batty. I still wonder if we will make it by the 19th, but thereâs really no way to tell.

After a week weâve all become quite accustomed to sitting somewhere and having a crowd of people surround you to stare at you. Iâm so fascinated with the concept of personal space and privacy here in India. At one extreme, people take their morning constitution right on the shoulder of the highway just watching the traffic go by. However it also takes the form of people simply staring at you. Or surrounding you just to look at you and your rickshaw. And everyone wants to shake your hand.

This last week I think Iâve done more handshaking than a politician running for office. Toll booth attendants come running out of their booths just to wave at us as we pass by in the free lane. Iâve never been to a country where we are so much of a spectacle. Incredible India. 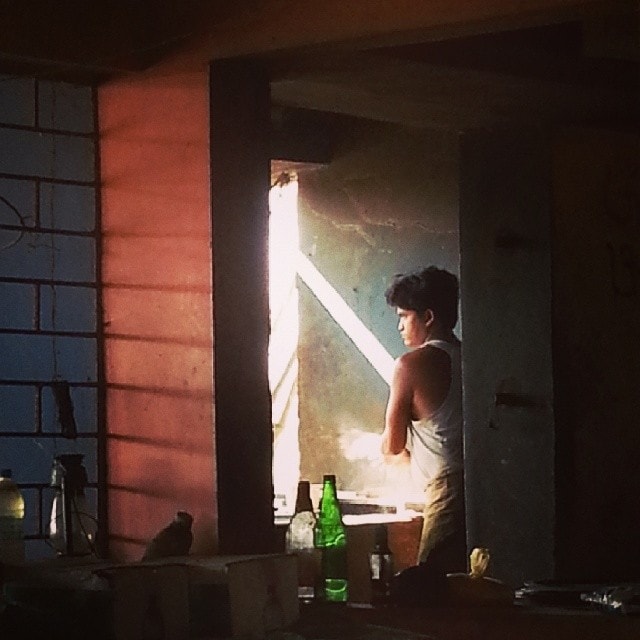 A man drenched in sunlight makes roti for our breakfast. 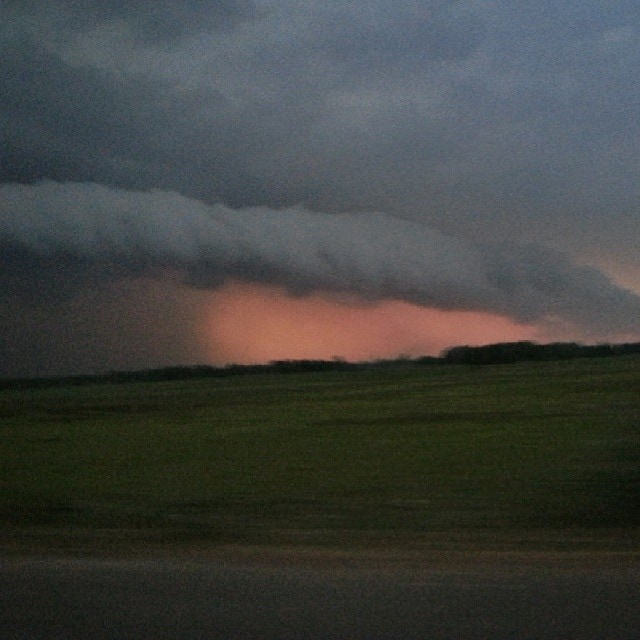 Had to drive through our first big storm tonight at sunset. Got pitch dark, windy, rain, thunder and lightening strikes. We went slow and came out the other side rather wet and cold. 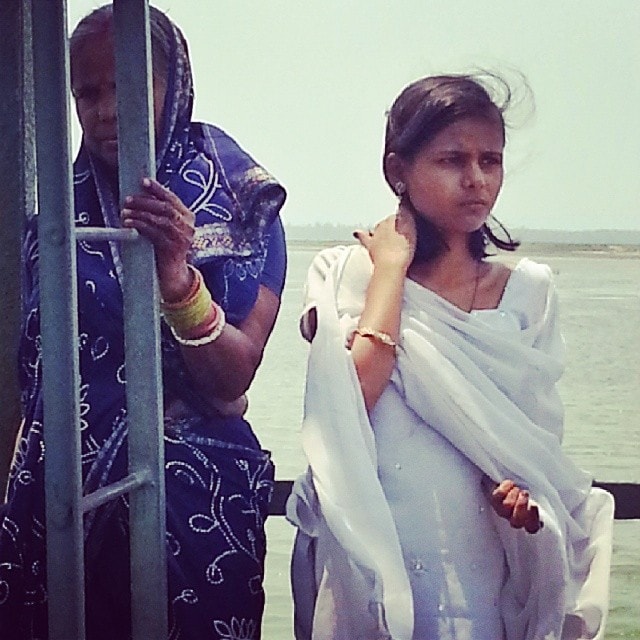 A young girl dressed in white on the ferry. 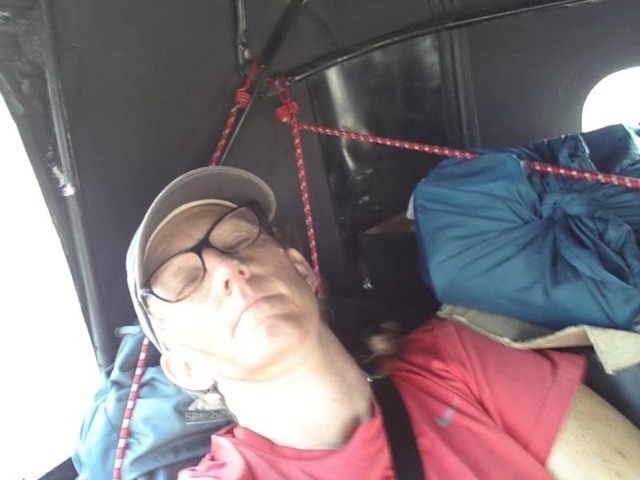 Me napping in the back…very uncomfortable. 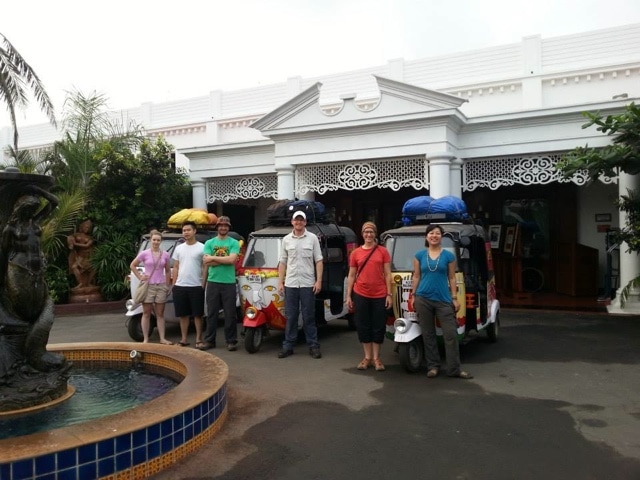 Our convoy in front of the Mayfair resort in Gopalpur.

Rickshaw Run Day 8Â
I learned how to drive through a herd of cows today. I also learned that cows donât really care about horns. We took some small back roads today that put us back into the India I love â little villages and towns. These were dotted along marshland, which meant the views were fabulous. At the end of the road we waited for a ferry and resumed back roads on the other side. Since that took a major amount of time, then we pointed towards the highway again to make up time. After we made our last stop for gas and agreed upon a final destination â the storm settled in above us. Not just a storm â but a monsoon! Charlie drove and I tried to keep the stuff in the back dry, not blow away, and get photos and video of the ridiculous lightening and clouds hovering above us. I never thought I would be cold in India â especially after dealing with the sweltering heat every afternoon, however with the rainstorm came a drop in temperature to downright chilly. There was no way to stay dry in the rickshaw – but luckily we donât melt. 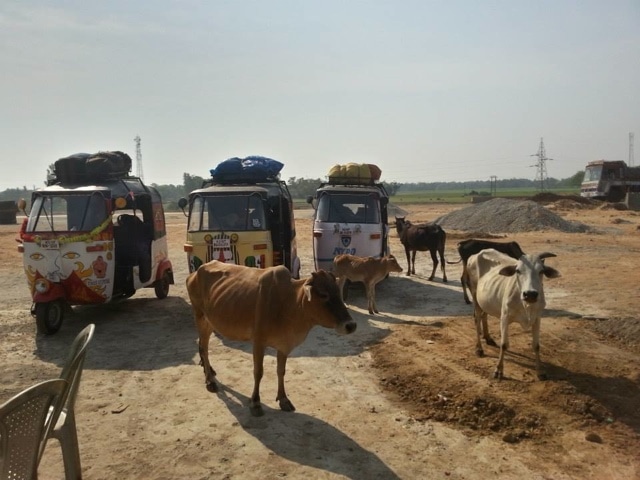