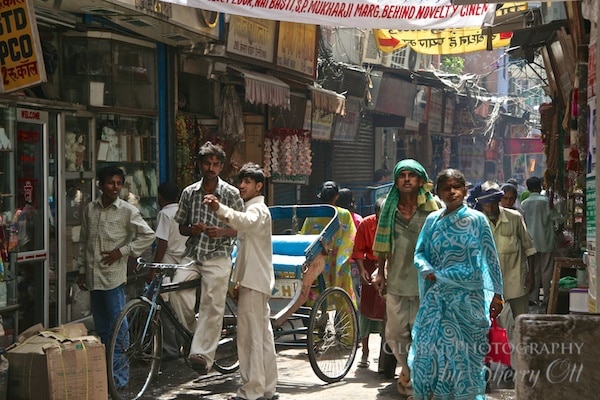 The hectic streets of Delhi

Itâs 4:11 am and Iâm awake. This wouldnât be horrible except I went to bed at 1 am. Jetlag is something that comes with traveling, yet I have to believe this is more than jetlag, itâs anxiety and nerves. As the minutes of darkness roll on, I gradually hear the streets become filled with noise â stray dogs fighting, the distant din of constant horns, people walking in the alley below, kids screaming, and finally around 5 am I hear the call to prayers.

I landed in Delhi yesterday, a place Iâve been before 6 years prior. Iâve come back to India to do the Rickshaw Run in April and I’m experiencing a little India culture shock. Ideas like the Rickshaw Run always seems great back in the familiarity of your own culture or home. In fact I still remember the day when I went to Charlie and said âI think Iâm ready to take on another adventure.â Her face lit up and we started planning the Rickshaw Run. 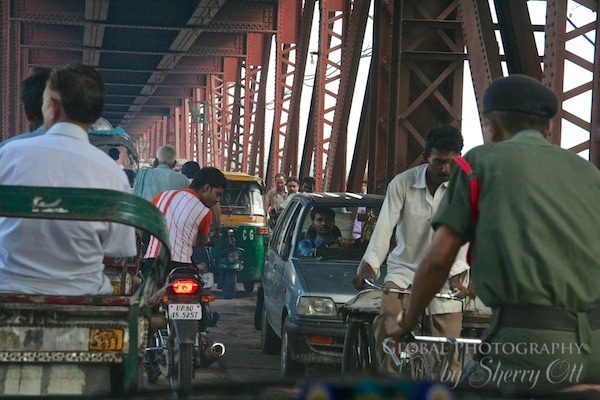 Traffic in India – imagine me driving my rickshaw in this!

But now Iâm here in India, and I find myself staring at these foreign looking rickshaws among the insane traffic trying to picture myself in it. Not just in it, but DRIVING it. The only picture that comes to mind is a terrified white woman trying to make her way through cows, street vendors, commuters, and trucks. I imagine being swallowed up by the sounds of the horns and wonder where we will put all of our stuff and keep it remotely safe. I hate doubt, but Iâm seriously doubting my ability to do this.

But then I remember that Iâm not alone in this quest â I have a partner in crime, Charlie. Charlie is much braver than me, and I have to believe together weâll make a good team. We have had a lot of practice these last 3 years at pumping each other up through good times and bad, being a shoulder to lean on over skype, or simply listening to whatâs happening in our unconventional nomadic worlds.

Sometimes I look at this woman 9 years younger than me who is in my face digitally or physically always telling me âYou got this. You got this.â and wonder how our paths ever crossed. This is a relatively new friendship that feels much older than it is. But itâs a friendship that is incredibly important to me. 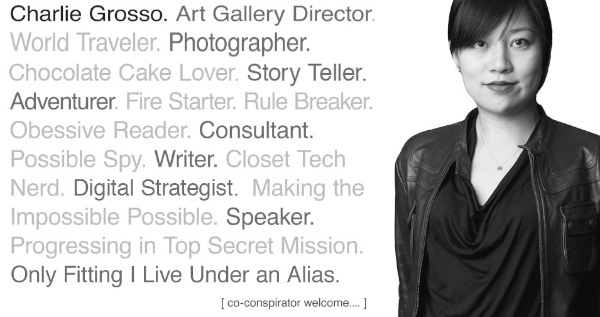 We met at a book reading for the Art of Non-Conformity in New York City 4 years ago. The subject couldnât have been more perfect for 2 women rattling around in the world, living unconventionally, and trying to shake up the world with different ideas around travel, career, and art. Charlie is a professional photographer (yes, the real thing â not an amateur like me!) who also runs an unconventional pop-up gallery in New York City. Charlie is one of my few friends who always seems to be able to accomplish more than I think is possible, making it seem like there are more than 24 hours in a day. Yet she has also figured out how to relax and watch out for her own mental well-being â something I often neglect. Truth be told â I look up to this woman 9 years younger than me.

As of late, youâll find us frequently laughing – a nervous laughter â about our upcoming adventure, which marches closer every day now since weâve arrived in India. We are both seasoned travelers and know the Rickshaw Run will be full of unplanned good and bad â but of course there is that element as it gets closer it gets more real. We arenât new to adventure â we both completed the Mongol Rally. However unlike the Mongol Rally when I did that with a team of strangers who had to learn how to get along, Charlie is no stranger. Thereâs a part of me that worries if we are risking our friendship by doing this race together? 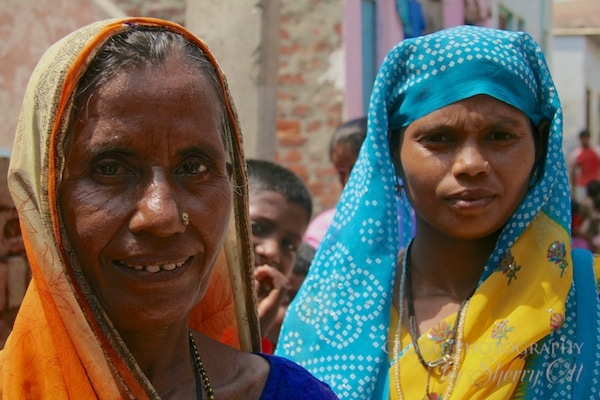 We actually sat down in NYC before we left and reassured each other that this race wouldnât break us up but make us stronger. However Iâm realistic â Iâm sure Iâll have times where I really dislike her and vice versa â but I think we both know that dislike in the face of travel stress and adventure is not permanent.

Over the next month in my social media streams youâll be hearing a lot about this girl named Charlie as we learn how to drive a Rickshaw on the âwrongâ side of the road and figure out how to traverse India as two females in this country people are constantly warning me about.

Traffic in India – bikes, rickshaws, trucks, and cars all share the road….and cows.

But for now, I tell myself not to get too far ahead of myself with worry â one thing at a time. Right now, I need to go through the process of succumbing to the force that is India. I know this process of entering a new culture, one that is radically different. Itâs filled with doubt and wonderment. The doubt makes me want to turn around and run, but the wonderment makes me want to see more. However the smell of urine in the streets makes me simply go âeeewwwwâ. Eventually in a week or so this will all seem normal (yes, even the urine), I have to trust my gut on that as Iâve been through this process many times before.

And for the immediate moment, I need to figure out how to go back to sleep as the sun comes up in India.