Get Ready for the Rickshaw Run âWe do cool shit.â I said to Charlie as a smile formed on my face. She smiled and nodded in agreement. It felt good to be planning an adventure again.
Thatâs right – a real heart stopping, insane, epic, adventure.

Iâm thrilled to announce that in April 2014, I will be taking on the Rickshaw Run in India.

I know what you are thinkingâ¦.âWhat the hell is that?â

What: Driving a rickshaw from Cochin (southern India) to Shillong (northern India) â a distance of approximately 2,000 miles depending on what route we decide to do. 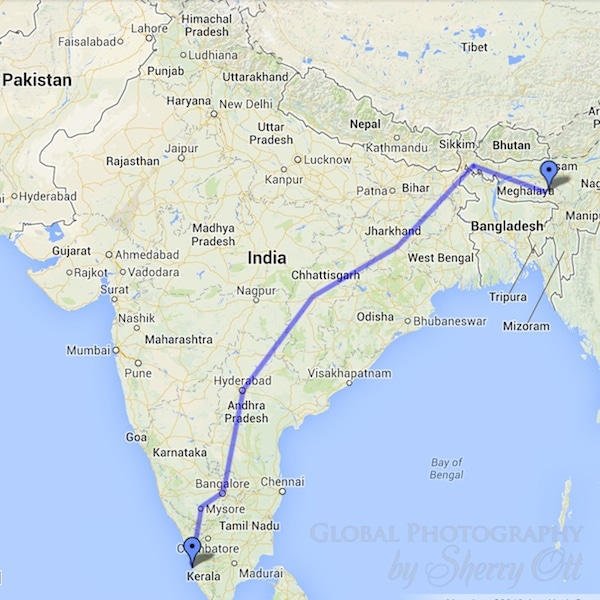 Our route through India

In case you donât know what a rickshaw is – looks like a nice ride huh?! 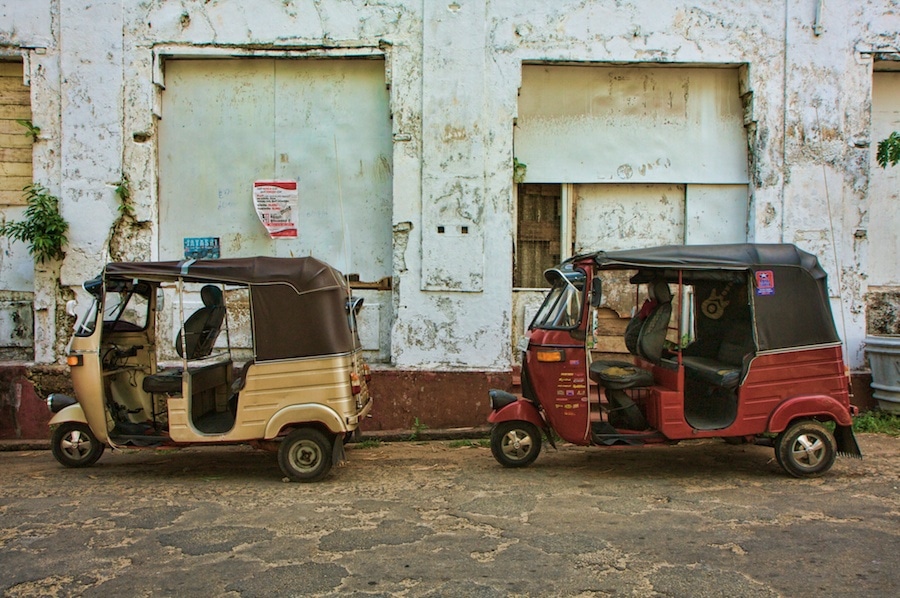 They have 3 wheels, single cylinder 2 stroke engine, 7 horsepower, and a top speed of 35 mph. To give you an idea of itâs mighty power, it can be thought of as a glorified lawnmower. And no, I have no idea how to drive one. 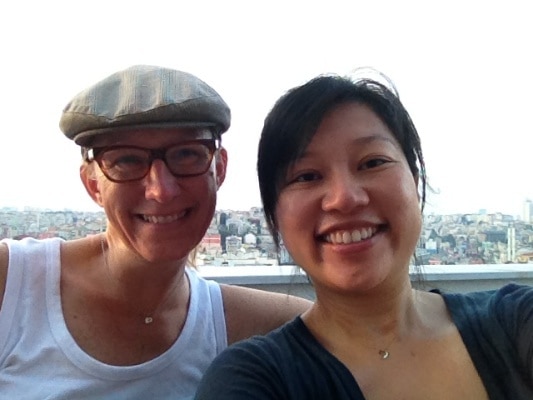 Charlie and I in Instanbul last year.

Who: Iâm not in this alone. Team Drive, Sleep, Rupeet is made up of two adventurous women.Â  Meet my teammate Charlie Grosso. Sheâs one bad-ass chick and incredible friend. As Mongol Rally veterans, we were looking for the next great stupid, unique thing to take on â and we decided two women driving a rickshaw across India would be a sufficient challenge. Like the Mongol Rally, this is a charity event put on by The Adventureists.Â  Youâll get to know much more about Charlie over the next 4 months, but hereâs the skinny. Sheâs a professional photographer , a gallery director, a writer, an amazing cook, and sheâs damn tough â tougher than I can ever hope to be. The perfect partner.

In addition to Charlie and I, there are going to be other teams participating at the same time. However there is no set route –Â  we can all choose our own path and be as solo as we want to be.

Why: Iâm doing this for two simple reasons â water and adventure. Itâs been a while since Iâve thrown my efforts and focus into doing good in the world. I utilize this globe and itâs cultures as my muse, and itâs time I gave back again.

We are primarily doing this to raise money for charity: water. charity: water is a non-profit organization bringing clean, safe drinking water to people in developing countries. They use 100% of public donations to directly fund sustainable water solutions in areas of greatest need. No hidden costs â everything goes to the projects. Why Water? Because unsafe water and lack of basic sanitation cause 80% of diseases and kill more people every year than all forms of violence, including war. I may not be able to stop war and violence in the world â but I can make an impact on peopleâs health and well-being. 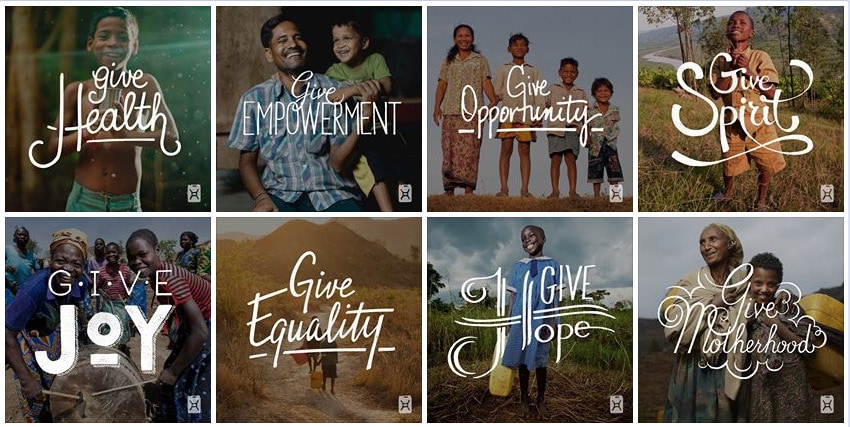 Give all of these things when you give clean water

I said it. Itâs out there. Now the real adventure begins.

The journey begins with giving. For the next four months I will be asking you to participate in this journey with me. Remember – $15,000. I canât do this without you. Most of the time I have no idea if any of these followers and readers I have are really listening â and this project will help me answer that question. If you are a reader or follower of my work for any of the last 7 years â then Iâm asking you to join me in this challenge. $15,000. This is what keeps me awake at night.Â  I’m terrified of not making it – more so than driving that damn rickshaw!Â  Dear readers – for the next 4 months I will not let you escape and be passive. When I want something I go for it. Iâm going to ask you to participate â so be ready.

It begins January 23rd in NYC.

We are holding a kick off fundraiser in New York City where we invite you to come in person and learn more about this adventure we are about to take, see some amazing art, win travel prizes, learn about water, and meet us! In addition the night will be filled with art and travel â as we auction off and raffle off some amazing travel and adventure gear, as well as art from artists at Bang and Burne.

See some of the items youâll have the chance to take home on January 23rd!

I can’t wait to get back to India! Weâll head to India in March to get acclimated again to the fabric of India. India has always been one of my most memorable and impactful countries I traveled to as part of my initial career break, and Iâve waited 6+ years to go back â Iâm ready to be back to the chaos, color, cows, and people. I recently stated that I miss the hard core traveling I used to do â so this is my chance to get back into the belly of the beast of independent travel. Charlie and I will have a couple of days to get our Rickshaw pimped out, learn how to drive our new vehicle, and learn how to ask for directions in Hindi.

The race starts on April 3rd and we hope to reach Shillong around April 20th. There is no set route, no back-up, no way of knowing if we are going to make it. The only certainty is that we will get lost, we will break down, we will get stuck, we will laugh, we will cry, and we will become one with the culture and people of India.

After all, for me life is about courage and going to the unknown. AND itâs about doing good as you go.

Join me in this adventurous journey thru India.Â  This is just the beginning!

14 Responses to "Get Ready for the Rickshaw Run"