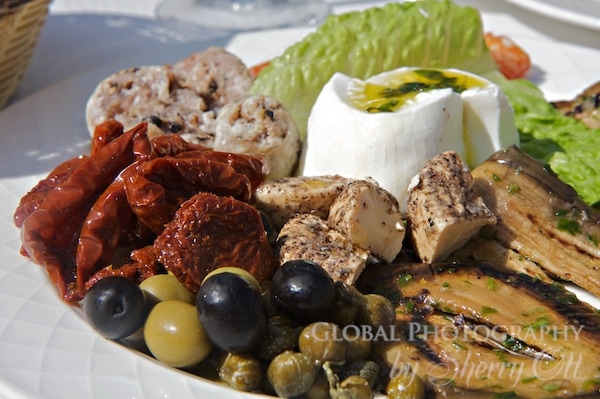 The delicious fresh food of Malta

As you walk around Malta and Gozo, itâs very easy to simply think that the food is Italian. You will see pizzerias, and pasta restaurants everywhere you turn. However before you shovel that last bit of yummy pasta cooked perfectly al dente into your mouth and savor the sauce, or take the last bite of bruschetta â look closer, savor the taste, and notice the subtle differences and twists the Maltese have taken on familiar foods.

The food in Malta seems to be a mix of Mediterranean, British, and Italian; but the one thing to know is that it is distinctly their own. They have a few staple ingredients that exist throughout their signature dishes and snacks; and it’s these staples that make the difference.Â  Over my two weeks there I was able to try a number of the specialties, as well as meet some of the people who are making a difference in the agriculture and culinary direction of Malta. Not only was I introduced to agro-tourism on Gozo island, but I also was able to meet Sam Cremona the Olive Guy. Ok, he doesnât really go by the title Olive Guy, but if you met him and spent time with him youâd realize he could have a whole Food Network show about olives if he wanted. 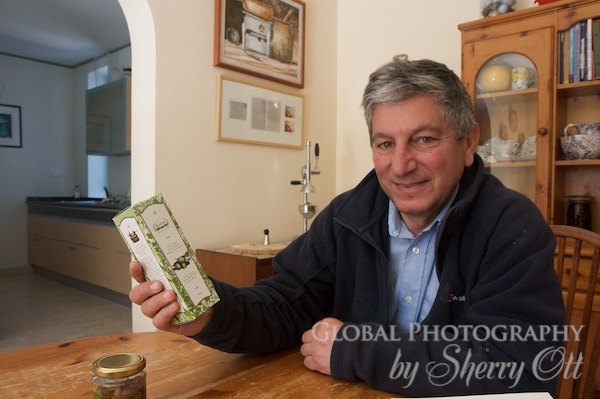 Sam showing me his pride and joy - olive oil

Sam was a former gemologist turned olive-ologist. He is actually an olive oil sommelier (which I never knew even existed before), but most importantly heâs spearheading a project to cultivate and bring indigenous olives back to Malta and put them on the olive oil map of the world. Heâs giving away indigenous bidnija olive trees in order to get 30,000 trees actively growing and producing olives in Malta. This is no easy project to orchestrate, and heâs got his hands full being the conductor, but the olive oil I was able to taste makes all of his hard work worth it. 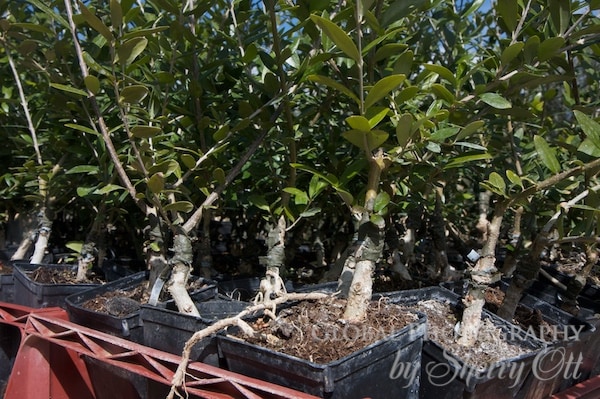 The beginnings of the Bidnija Olive tree, a photo of Sam's graftings he gives away in order to cultivate the variety back onto the island 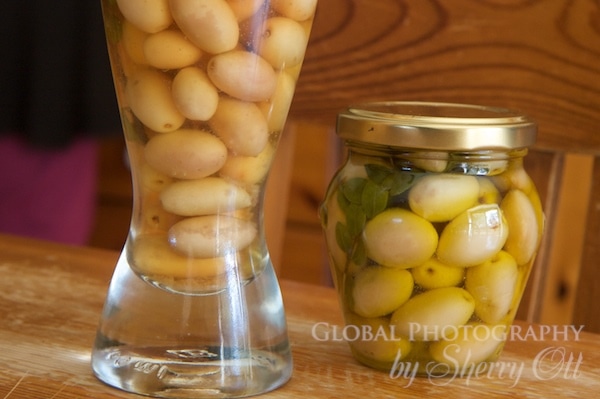 Fresh olive oil is nothing like you purchase in the store. Itâs cloudy in color, thick, and it has a burst of fresh flavor; sometimes bitter, sometimes sweet. Olive oil and olives are always a part of Maltese cooking. Samâs wife even publishes cookbooks which highlight seasonal Maltese dishes. My afternoon spent with Sam was an education on many levels.

Olive oil may be a foundation in Maltese cooking, but many other things go into traditional dishes. The first things I noticed were the capers. These werenât just normal capers; these were giant capers! They apparently grew in abundance all over the island the locals simply put them in a jar of salty brine for storage.Â  Salty capers seemed to be an essential part of any recipe, even their bruschetta. The Maltese twist on bruschetta was untoasted crunchy-crusted bread with tomatoes, onions, garlic, capers, and olive oil. Even though the giant capers seemed exotic, the real exotic dish of Maltaâs traditional seafood heavy cuisine is not from the sea; itâs from the land. Rabbit is the unofficial Maltese national dish and is traditionally served with spaghetti in a stew sauce. I was taken for this traditional dish shortly after I arrived and the peppery sauce was perfect for a chilly evening. Rabbit showed up in many forms on all Maltese menus and snack shops; it’s definitely a staple ingredient. Not only do the Maltese love their rabbit, but they love a lot of meat. My hosts treated me to a meat smorgasbord one evening consisting of a large platter of pork, rabbit, and quail. It was delicious and clearly I took a lot home for leftovers the next day! The crusty bread goes great with Maltese goat cheese called Ä¡bejniet (pictured in the first photo). Gbejniet is white in color and comes in soft or hard forms and my favorite was definitely the one that was coated in peppercorns. It was served on antipasta plates, on pizza, and in any dish that called for cheese! Homemade, salty ricotta cheese was also the staple ingredient for the well-known Maltese snack, pastizzi. Pastizzi are ricotta or pea pockets baked in filo pastry cases and sold everywhere in Malta. They take another form called qassatat (notice how great of a scrabble word this isâ¦a âqâ without a âuâ!) which are mini pies filled with ricotta or spinach. This is what the Maltese grab for a cheap snack costing under 2 Euro; I personally was quite fond of the pea ones. 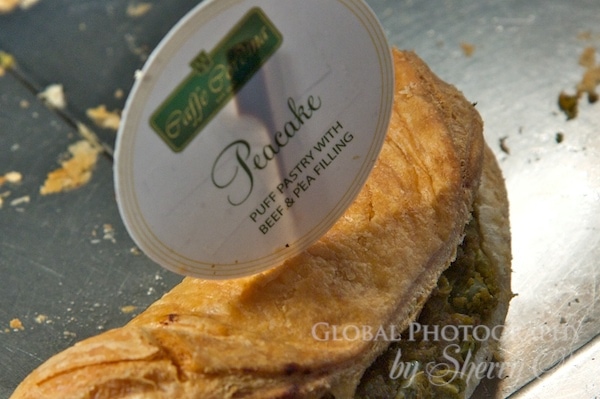 Before arriving in Malta, pastizzi were all I heard about, they were clearly the Malta food the rest of the world knew.Â  However I realized there is much more to Malta than pastizzi once I arrived and experienced the vast menus of new food to try. And it wasn’t exactly new food per se, but much of it was interesting twists on items I was already familiar with.Â  From olives, to capers, to cheese, to rabbit, to fried cakes – you certainly wonât go hungry in Malta. The real challenge is how you eat all of this great food and still be able to fit in your swimsuit and lie by the beach!

What do you like to eat when in Malta? 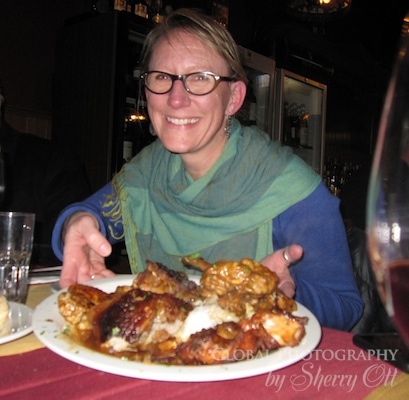 Me and my big plate of meat! Rabbit, pork, and quail...yes, there were leftovers!

Valletta in a Day