Discover Valletta in a Day The Lower Barrakka Gardens in Valletta

Look in any guide book for Malta and there will be a long list of sites you âshouldâ see in Valletta. After all, the city is a UNESCO World Heritage Site full of history and artifacts. Valletta contains buildings from the 16th century onwards, built during the rule of the Order of St. John of Jerusalem, also known as Knights Hospitaller. It contains a myriad of sites such as the Grand Masterâs Palace, St. Johnâs Co Cathedral, Upper & Lower Barrakka Gardens, National Museum of Archeology, Fine Art Museum, Fort St. Elmo, and the list goes on and on. However, if you are afraid of getting tourist overload like I am, then itâs a good idea to try to infuse unplanned wandering with a few tourist sites of interest.

I find my favorite experiences are the ones outside of the guidebooks and are found simply by aimless wandering and tips from locals. So thatâs how I attacked the historical city of Valletta; I chose 4 main tourist sites to visit that I was interested in and left the rest open to chance! I love to explore the local food culture so I made sure to ask locals where to go to eat in Valletta to sit and observe and get a feel for the culture as well as the food.

Valletta in a Day

Start early and arrive by the city gates so that you can experience the commute of locals entering the city. The city is more of a business hub than a living hub. So people live outside the city and commute in every day for work. This is the time of day youâll find a man selling fresh bread on a temporary table as you enter the gates. Come later and he will be gone! Locals stop and get their coffees and bread as they walk to their offices. Walk with the flow of locals through Merchant Street and eventually you will enter a more residential area as you walk towards the end of the peninsula.

This is a great time to wander the narrow streets and get a feel for the place. Stop at the old covered market to see the beautiful iron architecture, and make a stop at the Lower Barrakka gardens to take in the view of the Grand Harbor and catch the soft morning light. As you look out over the historic harbor you can imagine the battles that took place here thousands of years ago. 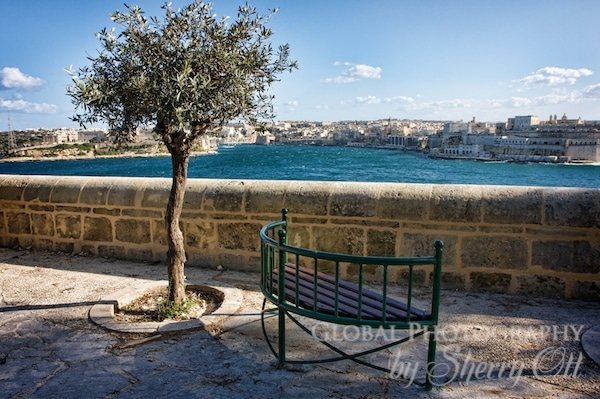 The view of the Grand Harbor from Lower Barrakka Gardens

Continue towards the first touristy stop for some knowledge building; attend the Malta Experience movie. Normally, movies like this arenât my style, but Malta has so much history that is unknown to me (and most people), that I needed a base of information to really understand what I was seeing. The movie is about 40 minutes and it takes you through the beginning of civilization on Malta starting 7000 years ago through the bloody sieges, occupations, World War II bombings, to the present.

After the movie, now you can wander around the Fort Elmo area armed with some knowledge! After the fort, wander back through the hilly streets to Nenu, an artisan bakery. Itâs downstairs in a restored old bakery that has been refurbished to preserve the art of Maltese baking. I sat and had the Ftira bread topped with tomato, Maltese cheese, onion, anchovies, capers all âfencedâ in with a sesame seed crust. It was a taste combination of salty and fresh; a mix between a pizza and calzone. I washed it down with an aromatic Maltese coffee which seems to be strangely hard to find in Malta. The owner brought me out one last Maltese specialty, a warm date fritter. Itâs as if you are biting into a homemade fig newton â delicious! 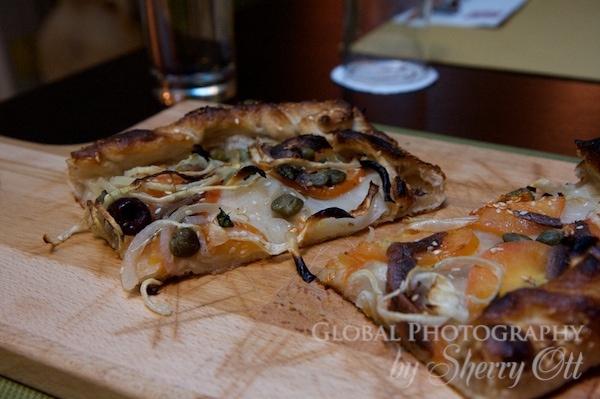 My ftira fresh from the oven 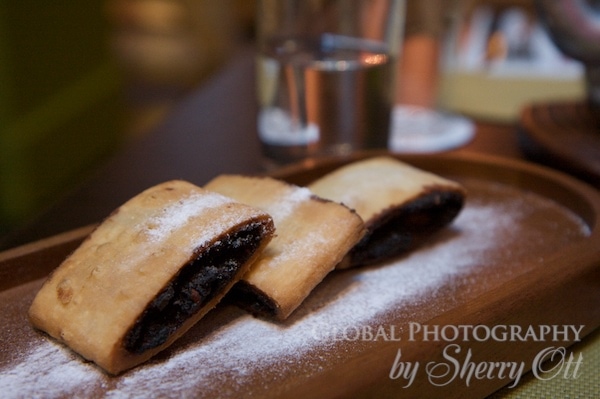 Now itâs time to hit the guide book sites again, wander up Republica Street to St. Johnâs Co Cathedral. A ticket there will provide you entrance to the cathedral, the attached museum, as well as an audio guide which is really helpful to explain all of the artwork and architecture of the grand building. This is your chance to see original works from Mattia Preti who painted the oil based frescoes of the vault (ceiling) directly onto the stones. In addition, you canât miss Caravaggioâs famous painting of the Beheading of St. John â an eerie work of art that captures a turbulent point in time like a photograph. 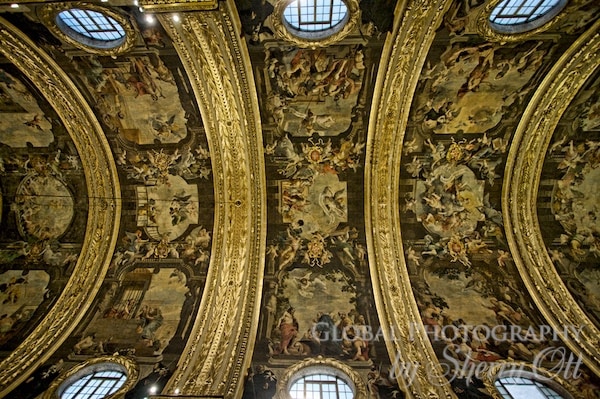 After your cathedral tour, stop in for an espresso or cappuccino at the opulent CafÃ© Cordina â a local and tourist hang out near the Cathedral on Republica street. I suggest you pass by all of the tourists sitting outside and instead have your coffee the local way â standing up. Pay for your drink first at the register and then walk to the old metallic bar and provide one of the bar tenders your ticket. They will whip up your cappuccino and you can stand there and drink it among the locals who are popping in between meetings for a caffeine jolt. 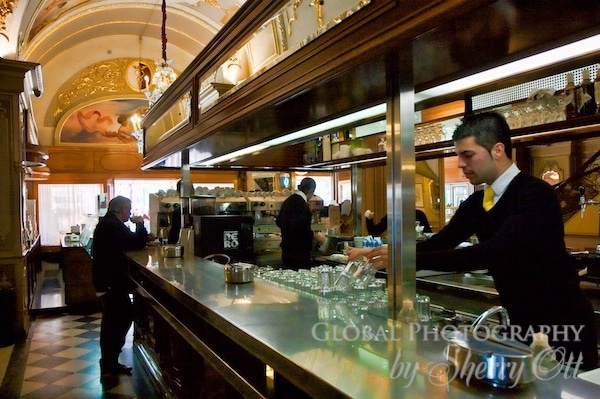 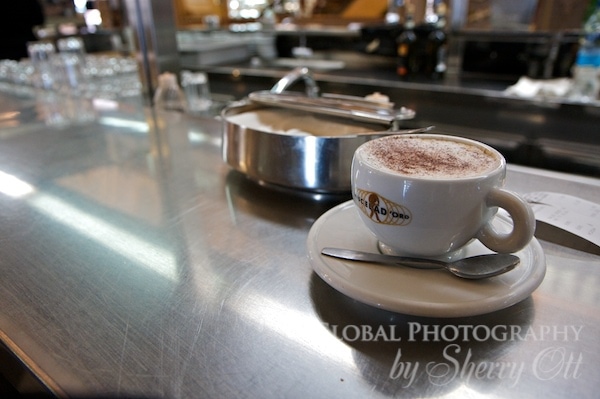 Cappucino - drink it while standing at the bar!

Now is the time to wander around the neighborhoods and take in the beautiful wooden balconies which stretch around corners. Take time, walk slowly, look up, and discover. Youâll find small churches, coats of arms, and votive statues in every little niche. Thanks to the Knights, the city is built on a grid system so itâs about impossible to get lost! 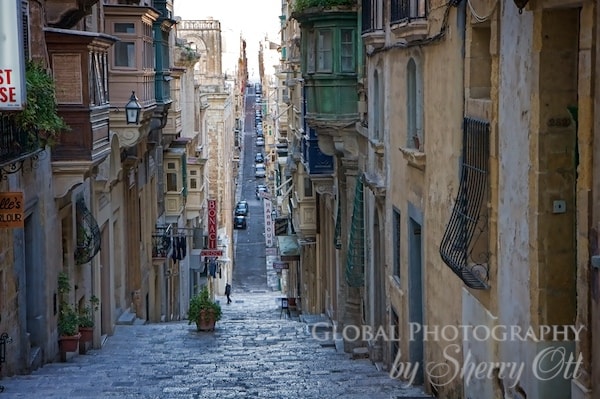 The hilly streets of Valletta

After your walk, head back to Republica Street and take a look inside one of these old houses and tour the Casa Rocca Piccola. Itâs not simply a house, itâs a 16th century palace of a noble family. You are led through with a docent and learn how these houses operated and how the families lived. Itâs an hour tour that also takes you deep underground into the WWII bomb shelters. 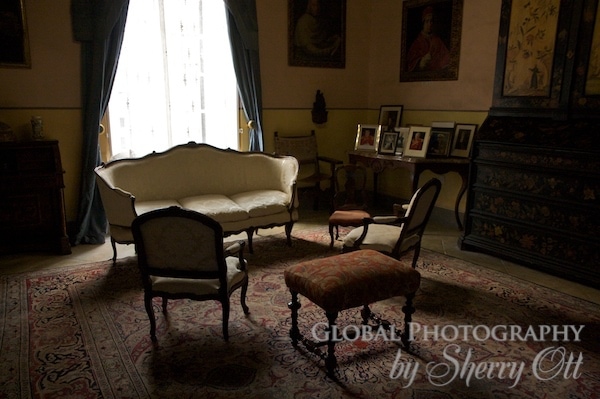 Casa Rocca Piccola was a work of art

Time to wander again and exhaust yourself by tackling the steep streets on the Northwest side of the city. Here you will find little wine bars, old shops with beautiful old signs and plenty of local life. Before you leave the city for the day, stop in for one last snack at Prego CafÃ© located on South Street. This is an institution and shrine to the 1960âs. A family run business that was started in 1947 by Salvatore Bezzina, when they brought one of the first coffee machines into Valletta introducing Italian coffee to the masses. Itâs the design in Prego which will capture you; furnished from 1964 and left in tact provides a beautiful, simple, warm feeling when you walk in. Giorgio the owner will tell you all about his father and how the cafÃ© started if you stand and have a coffee at the bar. Or take a seat at the inviting sofa and enjoy a glass of wine and pastizzi soaking in the ambiance of Prego; you wonât want to leave. 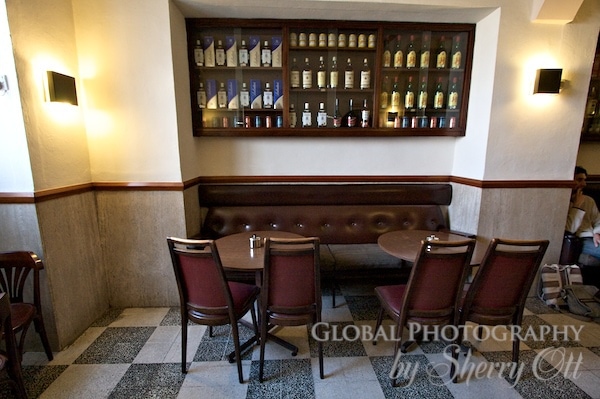 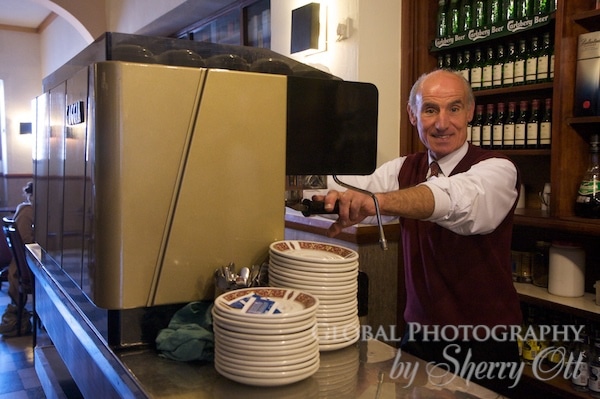 Cafe Prego stop for an Espresso and chat with locals

Stay in Valletta late if youâd like and watch the businessmen leave the city and the sun go down over the Upper Barrakka Gardens. This should provide you a full day of tourist sites and your own discovery; plus a full stomach! After all, you donât have to âdo it allâ according to the guidebooks, you never know what discoveries some unplanned wandering will yield!

What suggestions do you have for a day in Valletta?

View all of the Valletta Photography:

7 Responses to "Discover Valletta in a Day"