The Russian Far East is a place few people ever seeâ¦even for Russians. So itâs not surprising that itâs a bit neglected. Its history is one of exploration, doomed voyages, military positioning, and harsh conditions. It was either feast or famine in this area of the world. In the Cold War era from 1945 to 1991 the area was a hotbed of activity with the country building out a large military presence there.

In this beautiful environment of high arctic tundra, wildlife sightings, and mountain ranges lives a dark, ugly derelict side too. As we stepped out of our zodiacs and onto the seldom seen shores of the Chukotka region I was in awe of the scenic landscapes and wildlife, but saddened by the remains of civilization dotting the landscape.

However, strangely the derelict places are the places I love to photograph the most. In that sense, the reminder of sad history and a region forgotten also excited and delighted me from a abandoned photography standpoint.

This landing was full of old derelict looking hunting huts and decayed whale bones strewn along the beach. I walked around among the high grass finding old fishing boats with a few last remains of paint clinging to them. 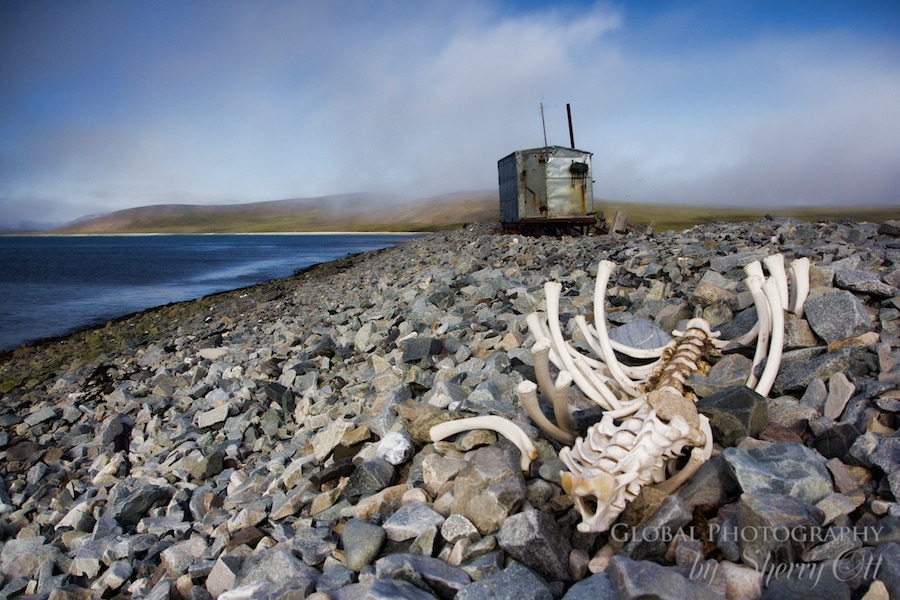 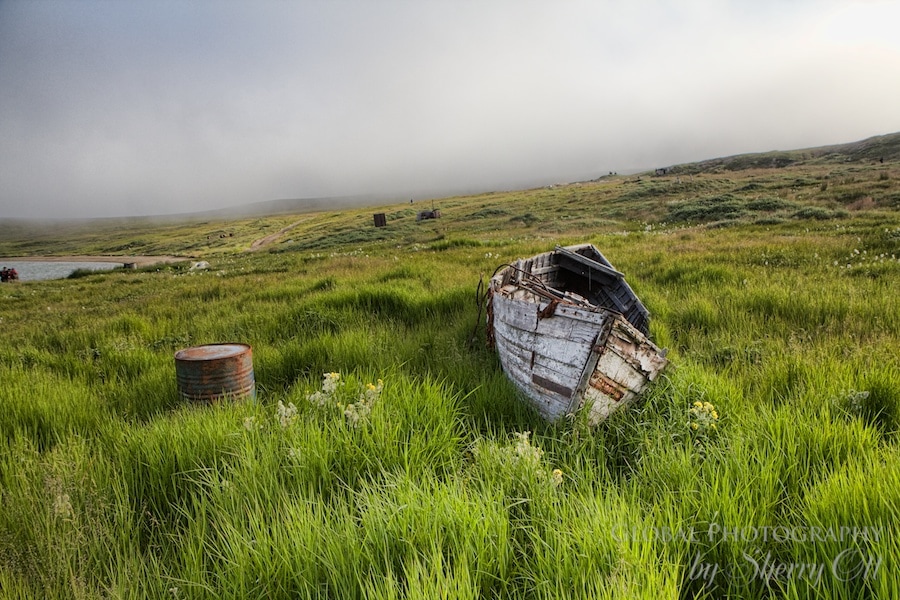 Cape Dezhnev is the most eastern point of the Eurasian continent and our landing there required us to climb up a steep incline to get to the beautiful views â and the derelict buildings. Old Military buildings dotted the landscape, and equipment and wires were strewn about like a booby traps. Crumbling buildings were falling off the eroded cliff side creating a dramatic feel. And in the middle of it all sat a pink lighthouse monument that looked good from a distance, but was crumbling when you got close. The lighthouse was dedicated to Semen Dezhnev who was the first European to sail to the Bering Strait in September 1648. 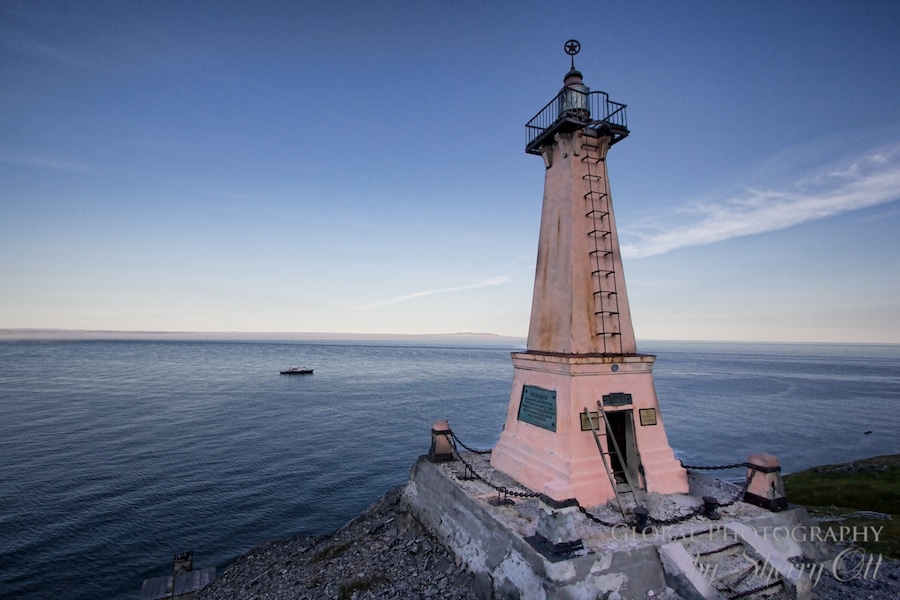 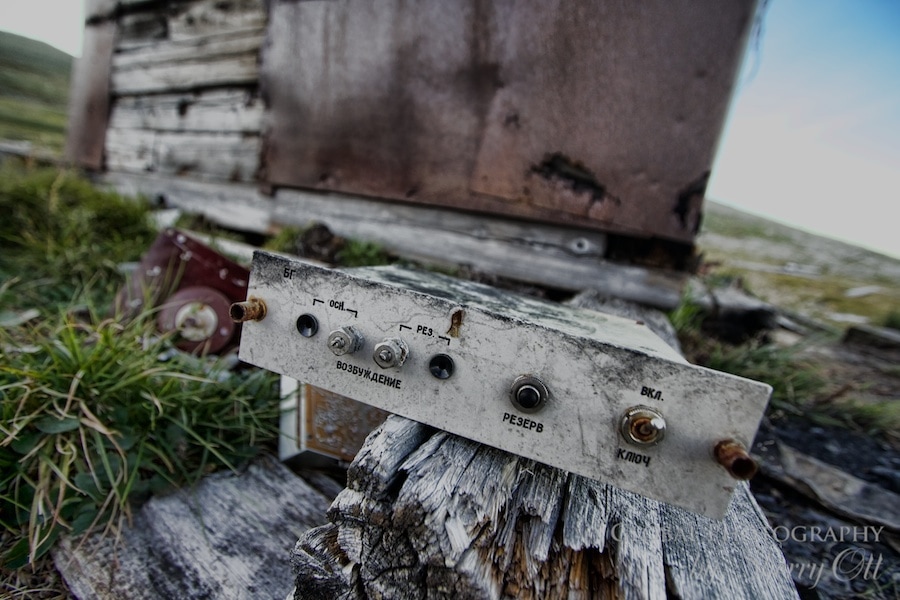 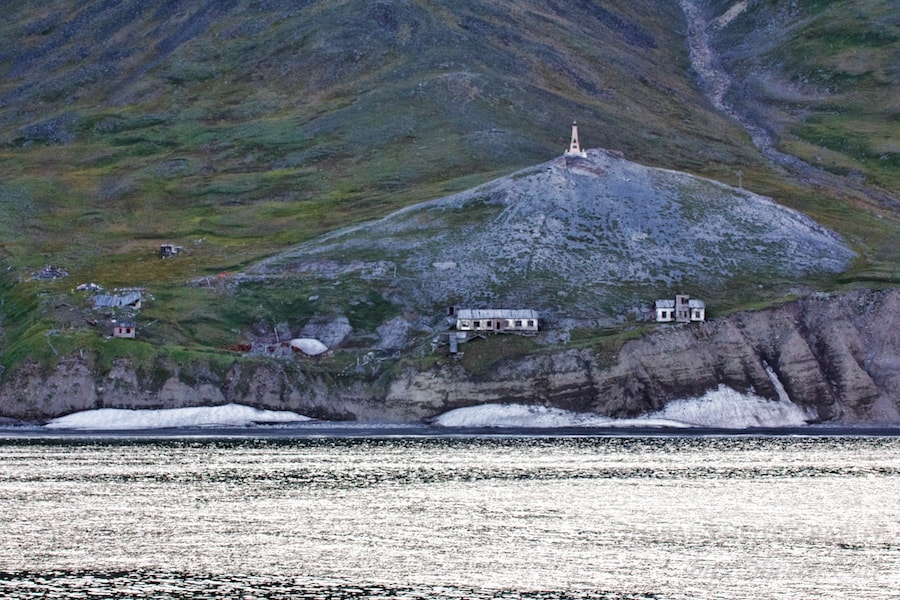 Right off the coast of Russia lies Kolyuchin Island, a former polar research station in the 1940âs. Now of course itâs crumbling in decay. I loved walked around these buildings, they had an eerie quality to them that made my mind run wild with stories of what must have happened here. It looked sort of like the place was abandoned in a hurry, with desks and papers lying about and a whole room of old film reels. 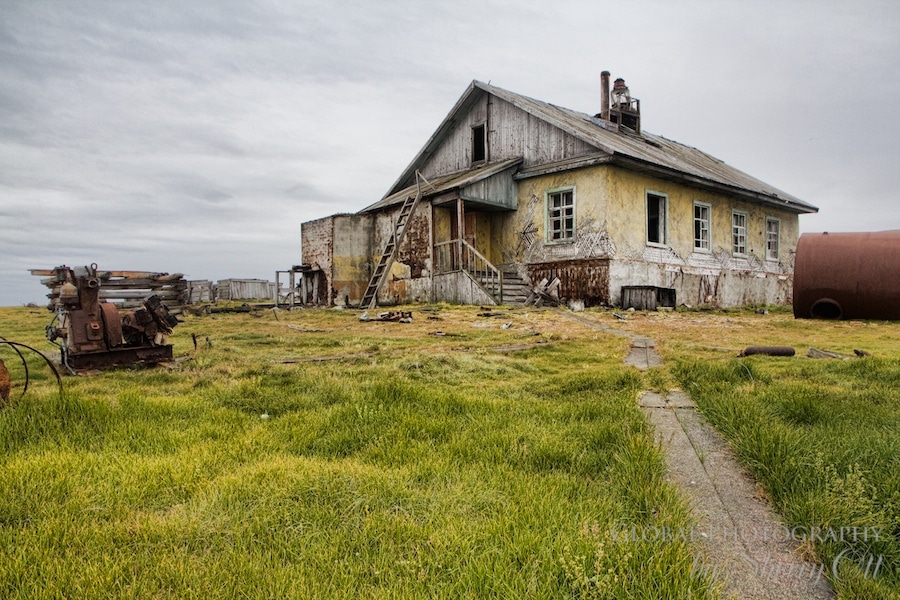 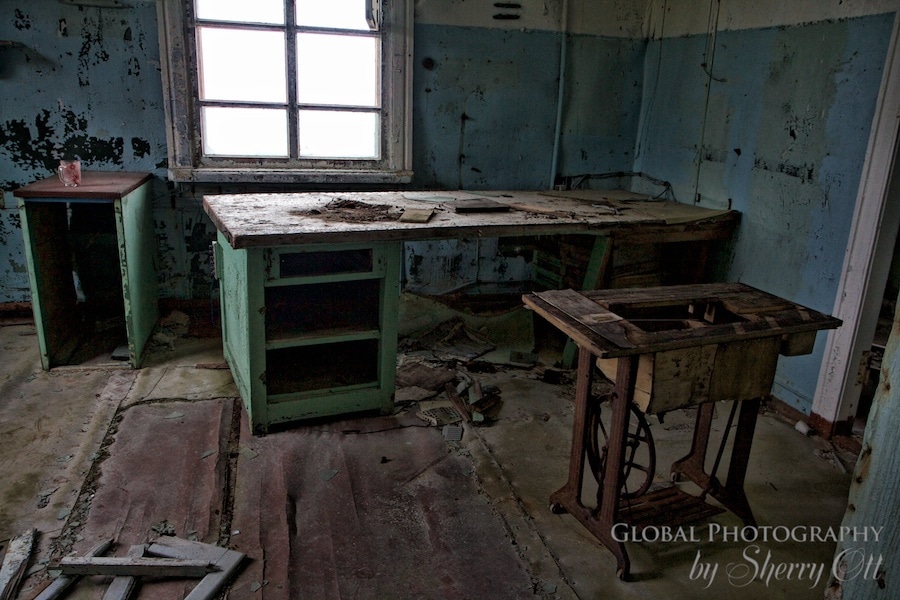 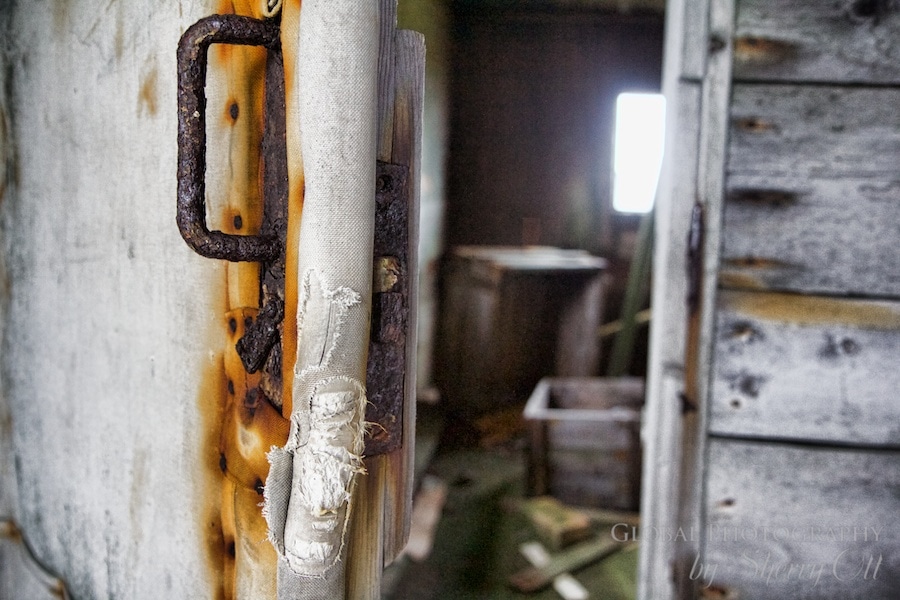 The only people who actually live on Wrangel Island live in Doubtful Bay. A handful of rangers live here in a few newâish ranger buildings. However the new buildings are surrounded by old village buildings as there was a small community that lived here years ago. All the buildings are abandoned now and surrounded by a cemetery of rusted out iron drums. There was also an old military airstrip in the distance that used to be in operation during the Cold War. A ranger walked with me around the buildings checking them all first to make sure that no polar bears were sleeping inside! 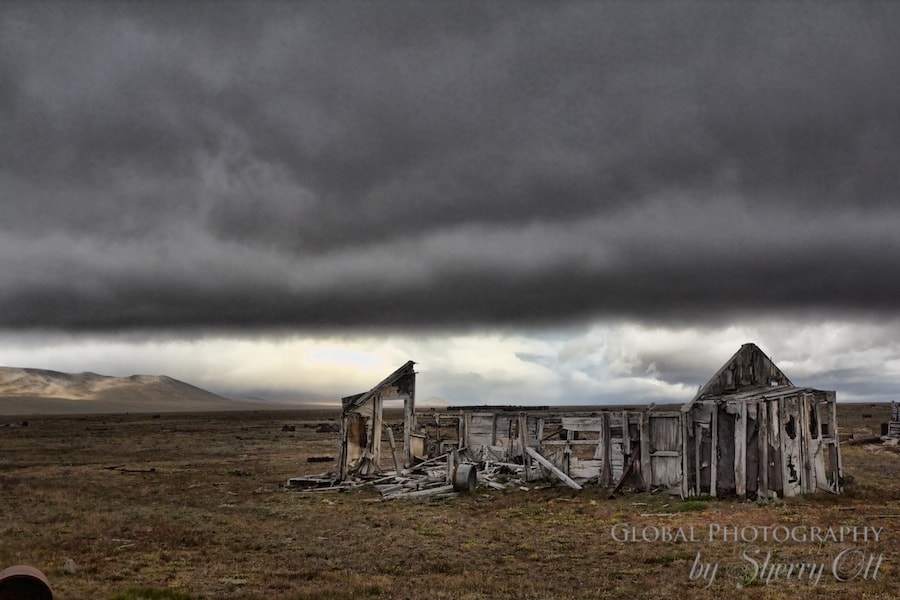 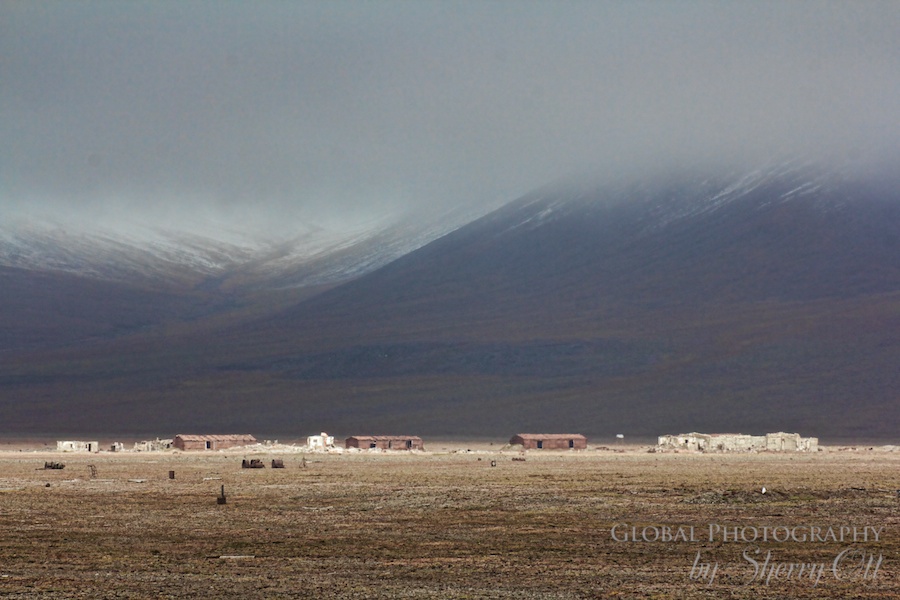 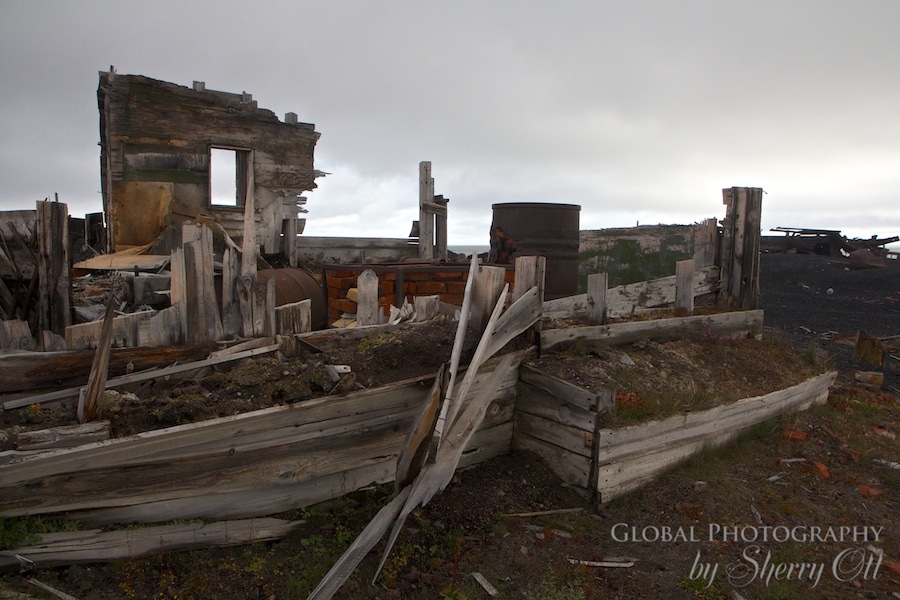 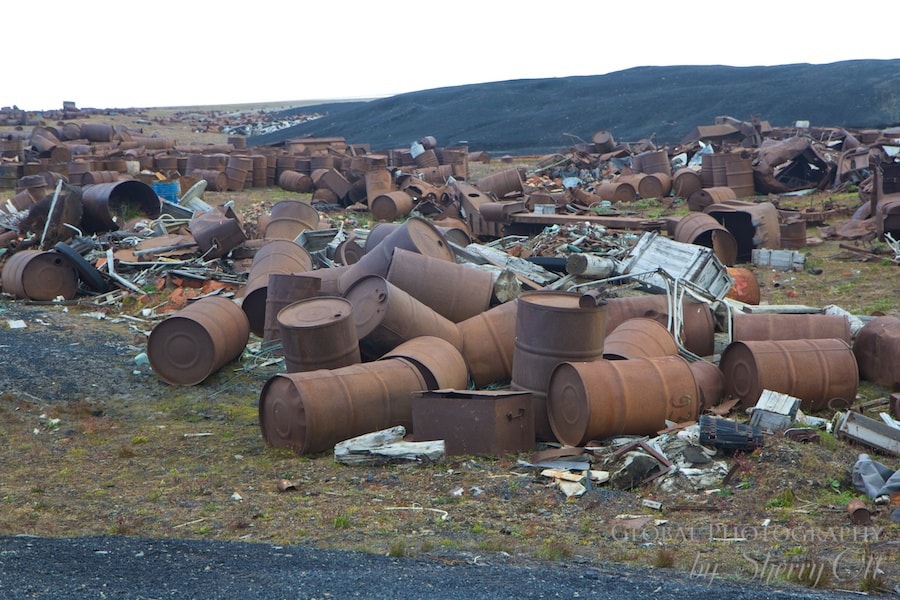 The Russian Far East was full of beauty and destruction.Â  That yin/yang was what I loved the most about it discovering this seldom seen area.

See my other photography pieces on derelict places:

Where is your favorite derelict place to photography or place you want to photograph? Share in the comments below!

I was a guest of Heritage Expeditions on this trip, however all opinions here are my own.

9 Responses to "The Collapsing Soviet Union"