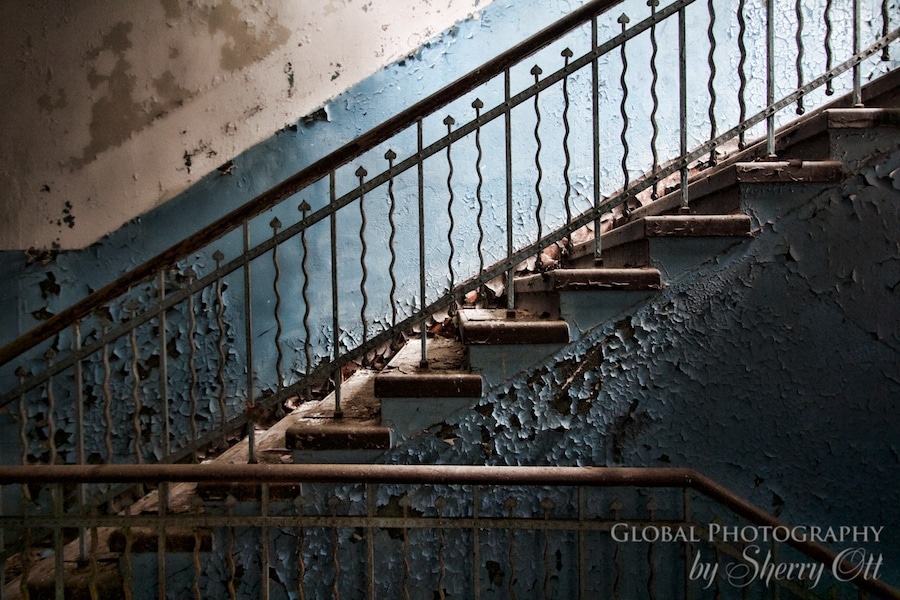 The trees limbs were heavy with freshly fallen snow providing a peaceful backdrop on this entirely eerie place. I had made my way outside of Berlin to the little community of Beelitz on this snowy Easter weekend to photograph Beelitz HeilstÃ¤tten, a sanatorium for tuberculosis treatment methods in the early 20th century.

In 1898 Beelitz HeilstÃ¤tten opened with 600 beds to treat the ill. The sanatorium was strictly divided along gender lines: women were accommodated to the west of the main road, men to the east. As it grew over the next few years more buildings were added and it turned into a âcity for the illâ with a post office, restaurant, stables, water tower, power plant, butcher shop, and even a beer garden. As time and history marched on around Berlin the sanatorium also served at a wartime hospital, and a GDR hospital, in addition to continuing to serve TB patients with âadvanced technologyâ.

The extensive sanatorium âcampusâ has been abandoned since 1994 and now is in the familiar limbo of many historic, unused buildings in/around the Berlin area. While the government and owners decide what the fate of the Beelitz campus is, companies like Go2know have been granted special permission to run photography tours through the crumbling buildings. The site is so extensive that they have separate photo tours for the menâs and womenâs section.

I took the photo tour to the womenâs section of the sanatorium and we were able to walk around the snowy grounds and inside 3 main buildings and photograph to our heartâs content. I love these tours since they are a great setting to practice with lighting and composition.Â  I didn’t take a tripod with me – so that makes it even more challenging in these low light situations.Â  The tour information was only provided in German â but there were enough people there to translate for me and honestly I was there to do photography â so I didnât need much guidance.Â  And quite frankly – the ‘leader’ simply gives an overview of the history, buildings, and things to be careful of or special things to see, he hands you a blueprint layout of the buildings, and then you are own your own for 4 to 5 hours to explore!Â  The ultimate photography tour if you ask me! 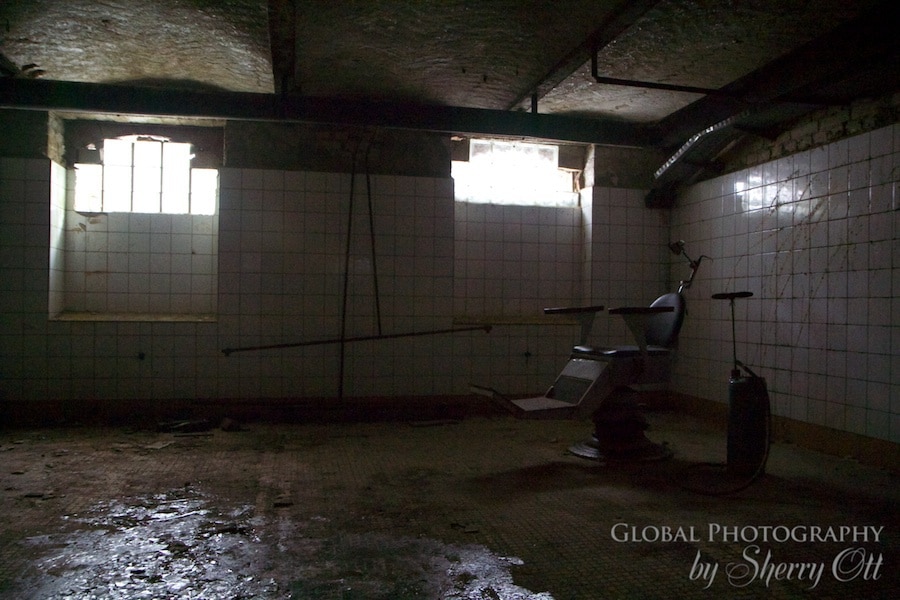 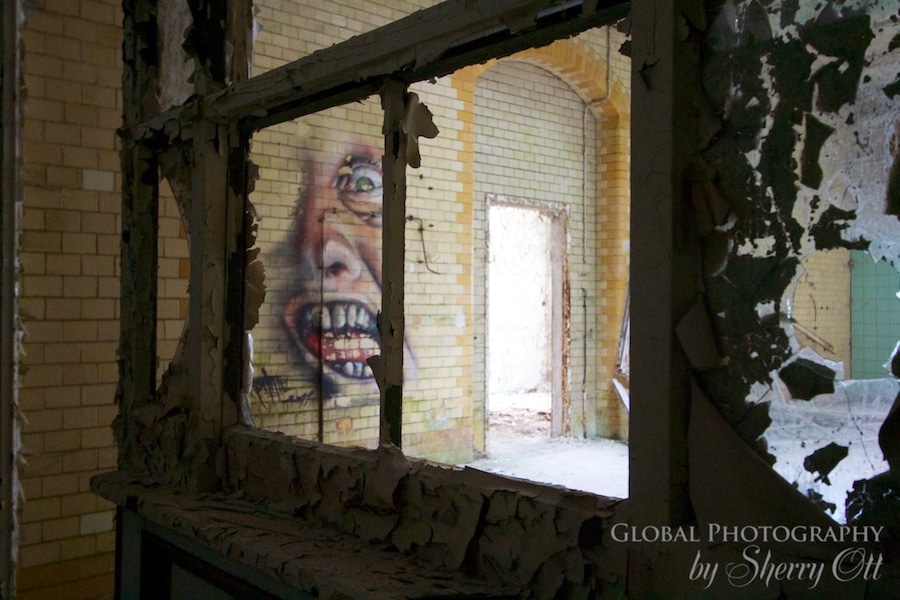 Most of the site had very little graffiti – it must be protected quite well. 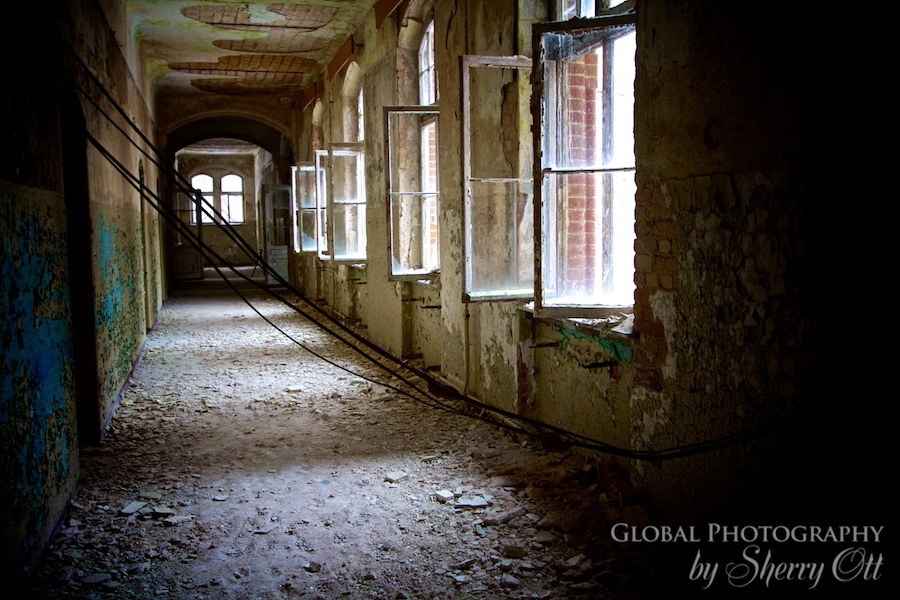 Hallway in the medical building 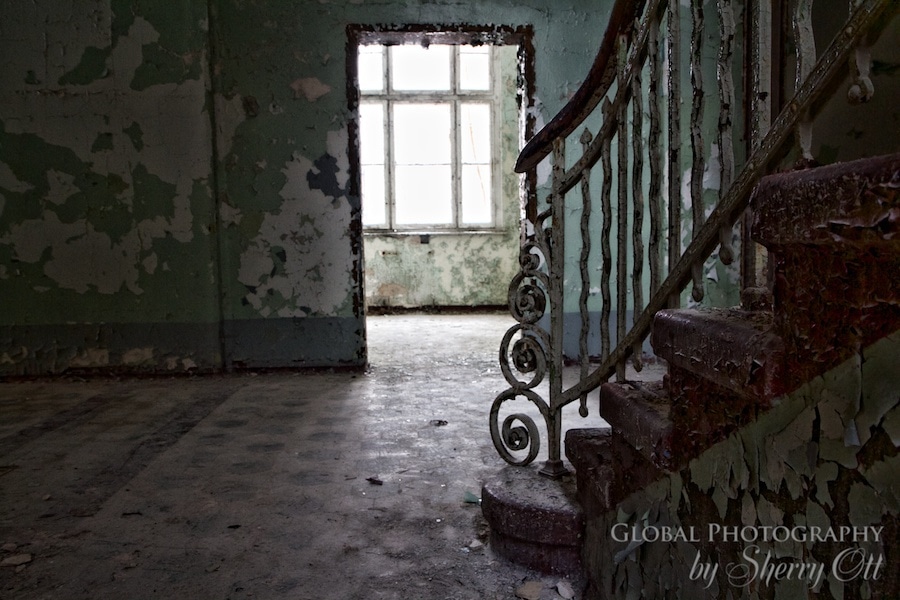 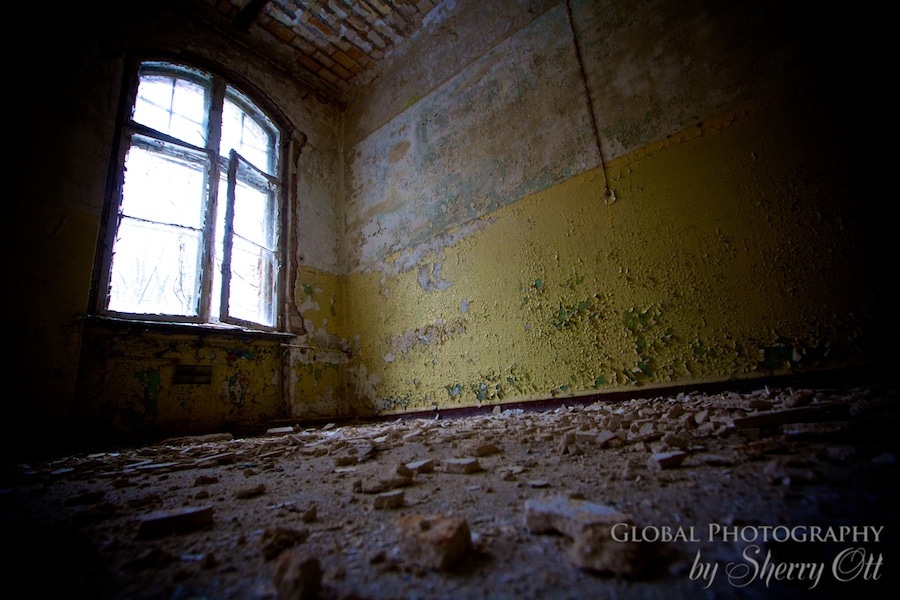 Room in the hospital ward 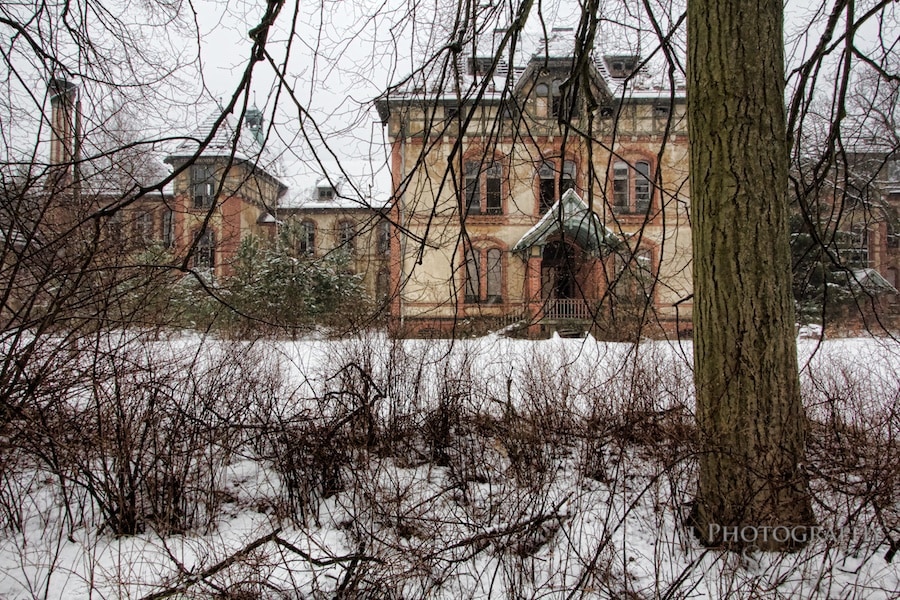 One of the Women’s medical buildings on a snowy day 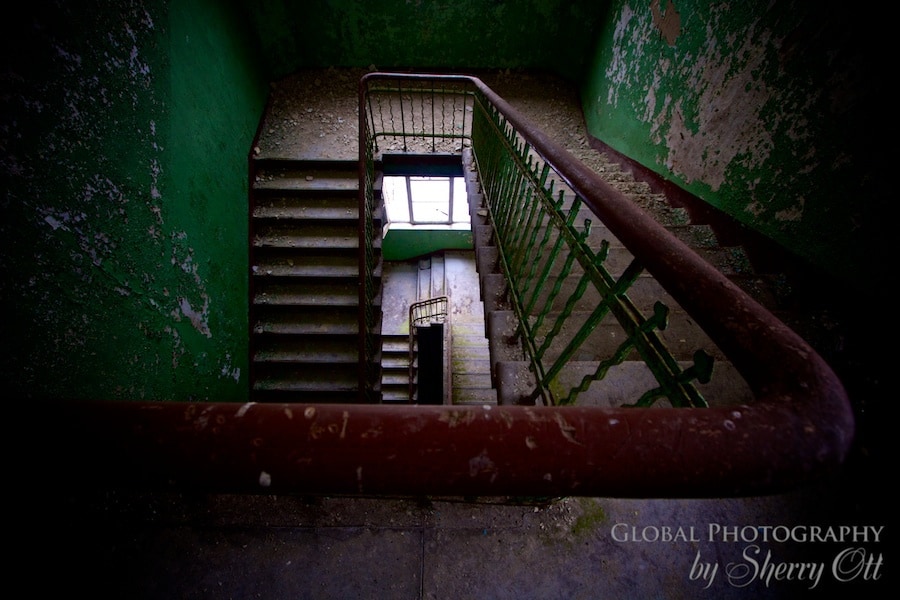 Room in the women’s clinic Broken windows were common among the abandoned facilities 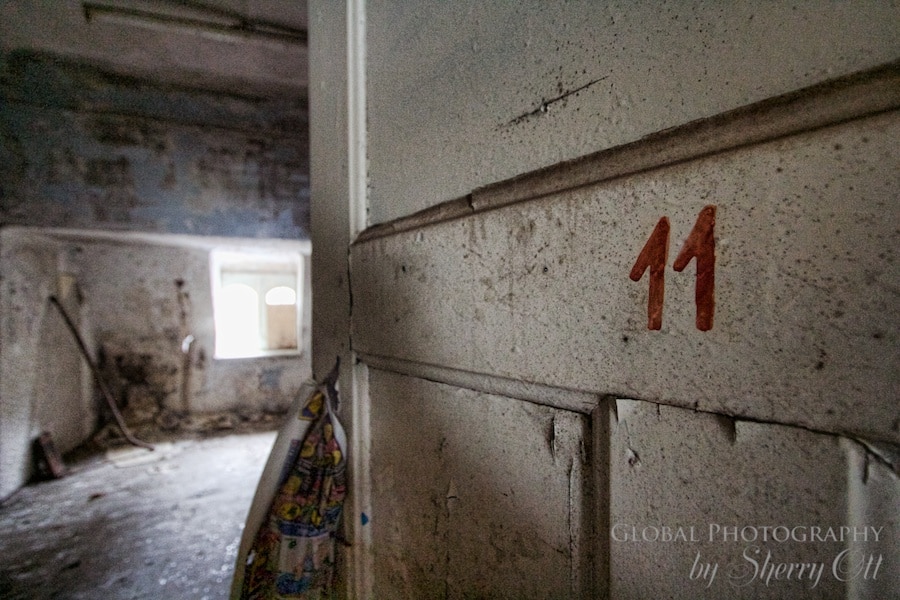 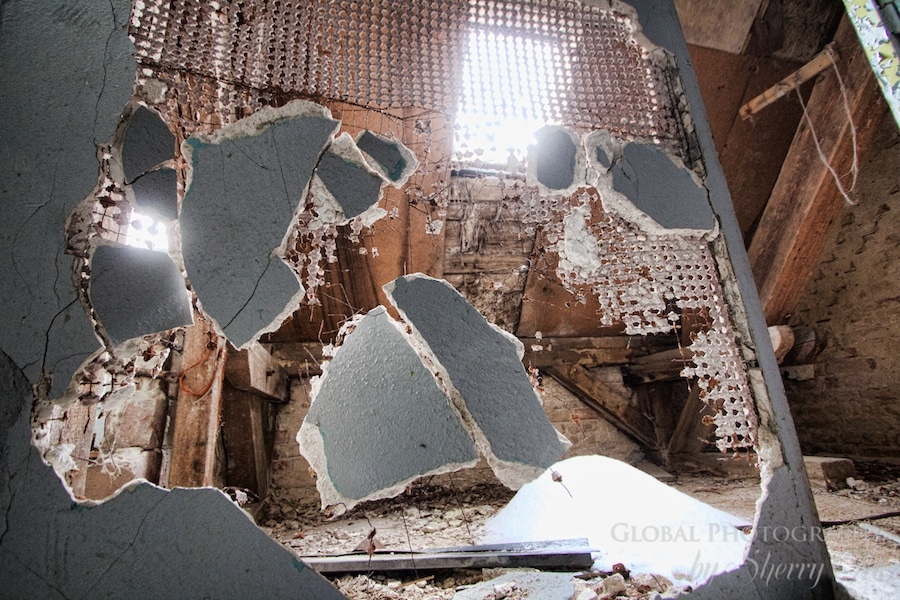 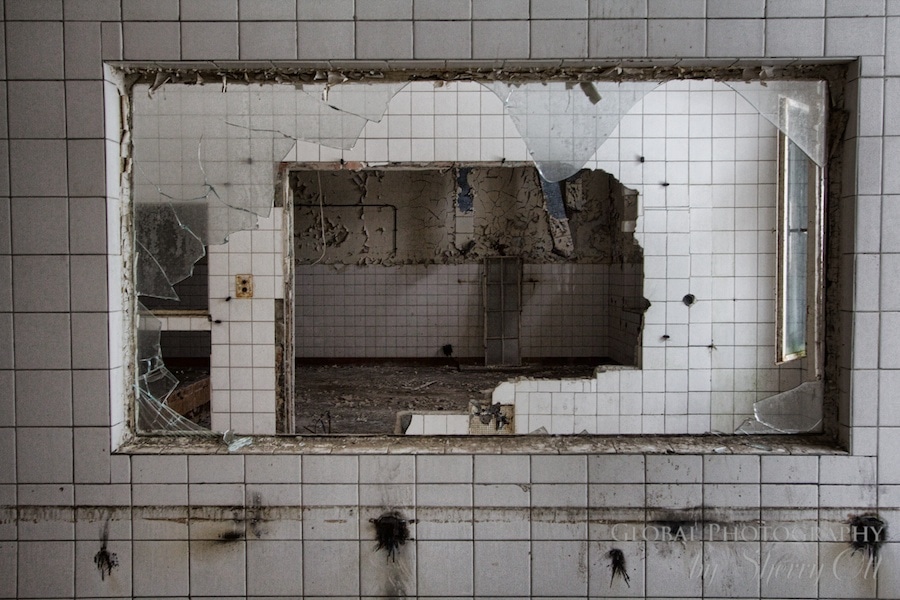 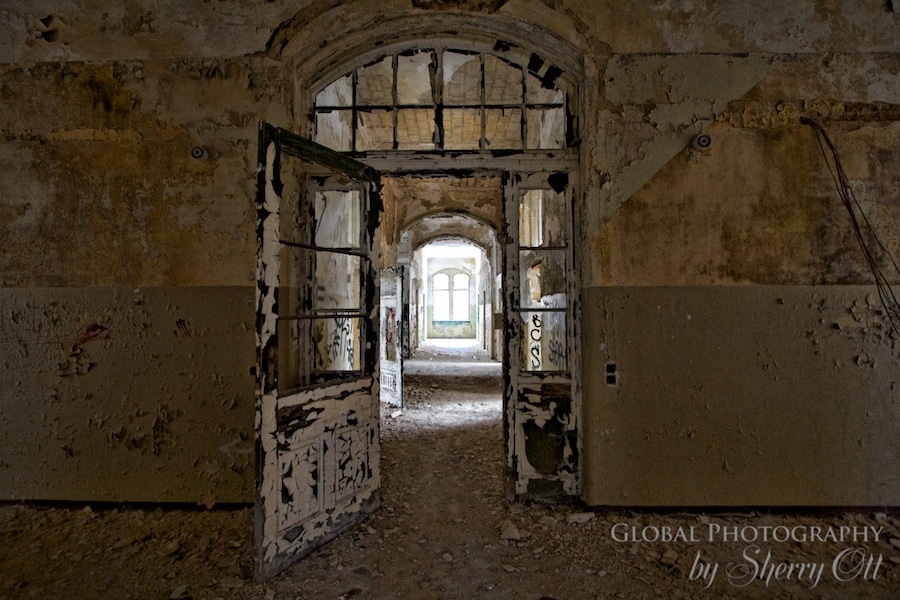 Remnants of a once beautiful building A perfect photo tour to really practice with lighting situations. 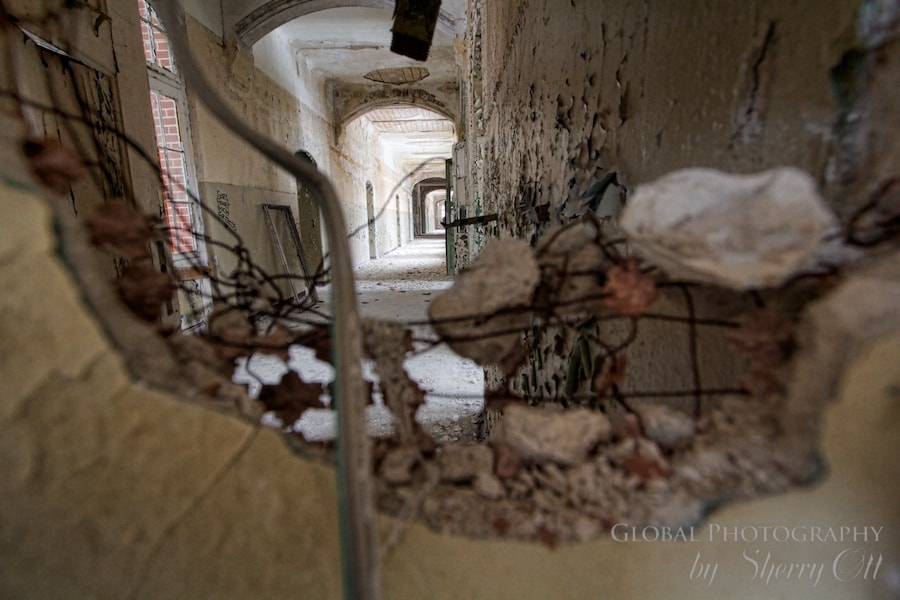 Looking through a wall in the clinic 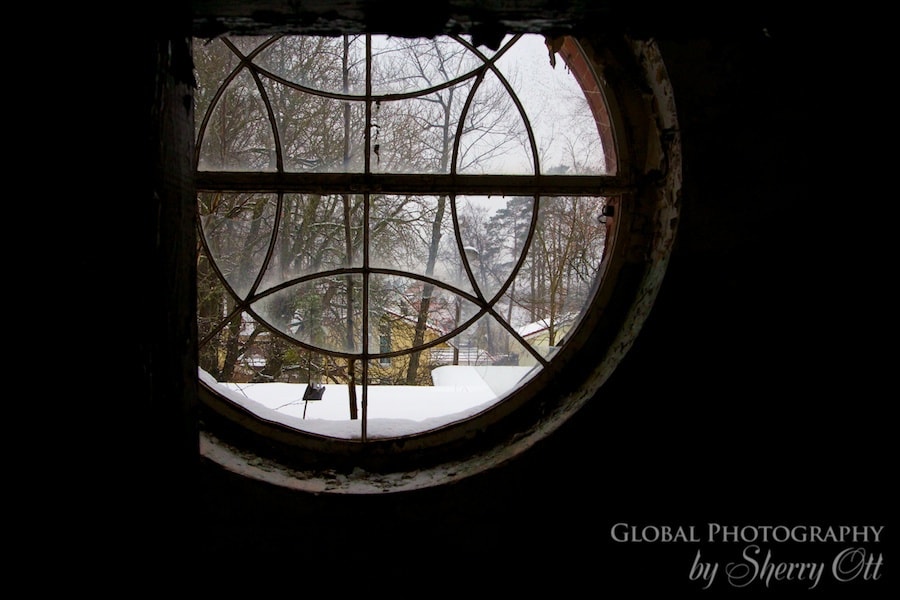 View all of the Beelitz photography from my tour here