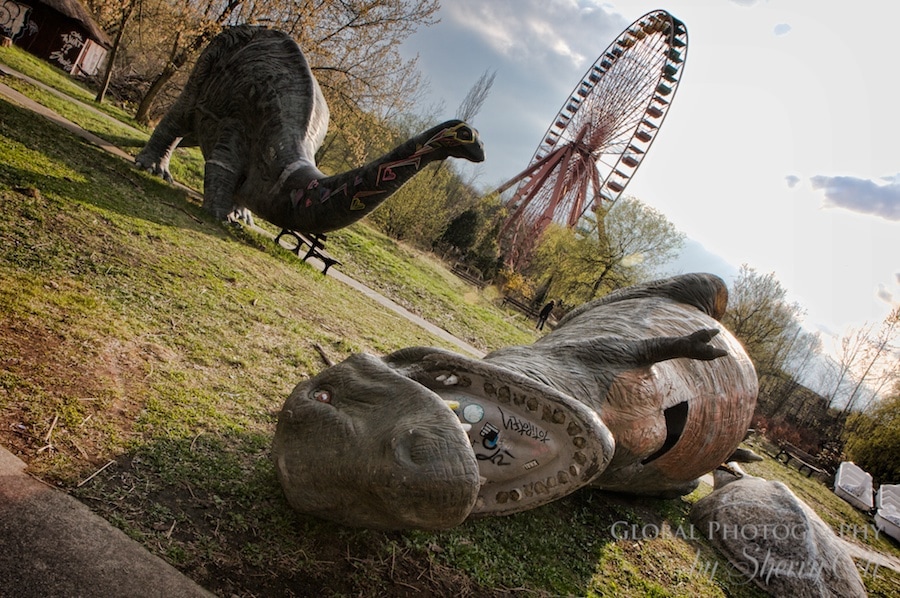 Where fun goes to die...

Even fun has a shelf life â this is what runs through my mind as I walk around Spreepark, the abandoned, dilapidated amusement park in Berlin. I canât help but get visions of the many cemeteries I have visited in the past – the former amusement park is like a graveyard of fun.

I walk around this graveyard looking at each park ride as a tombstone wondering what its life was once like. A fallen dinosaur lays on the ground in rigamortis with one arm broken off and graffiti tags in it’s mouth â it has a glazed over look of death. Tall grasses have engulfed and camouflaged the roller coaster tracks and the colorful tunnel looks like a mirage against the brown landscape of weeds. A once colorful, now faded mini car has driven off a track and sits among trees as if itâs lost. Then you are startled by the sudden high-pitched noise of creaking and I turn to see the huge Ferris wheel moving. I rub my eyes and wonder if Iâm seeing a ghost.

Our Spreepark tour guide explains that the Ferris wheel moves when the wind blows strong enough. He also explains the story of this unusual amusement park in old Eastern Germany â and boy is it a story. Actually the whole tour is in German only, but you can get the sorted story of how the family who owned the park in East Germany tried to keep it going when the wall fell in various articles around the internet. I knew the tour was in German, but I was there not to listen, but to take photos.

Even though Spreepark is dead (RIP), it is now a present day photographic amusement park. The park is closely guarded and trespassing is typical but also dangerous, so an enthusiastic, enterprising young man has started running tours on the weekend through the park providing you access to the park to shoot away to your heartâs content. In addition, if you understand German, you will learn the story of the park and itâs fall from glory into bankruptcy. Finally, youâll also hear the very sad story of how the family tried to do a âtake twoâ in Peru and open an amusement park but instead ended up in a drug smuggling ring which resulted in one son still rotting away in prison in Peru.

This park has drama.

And it also has great photography opportunities. 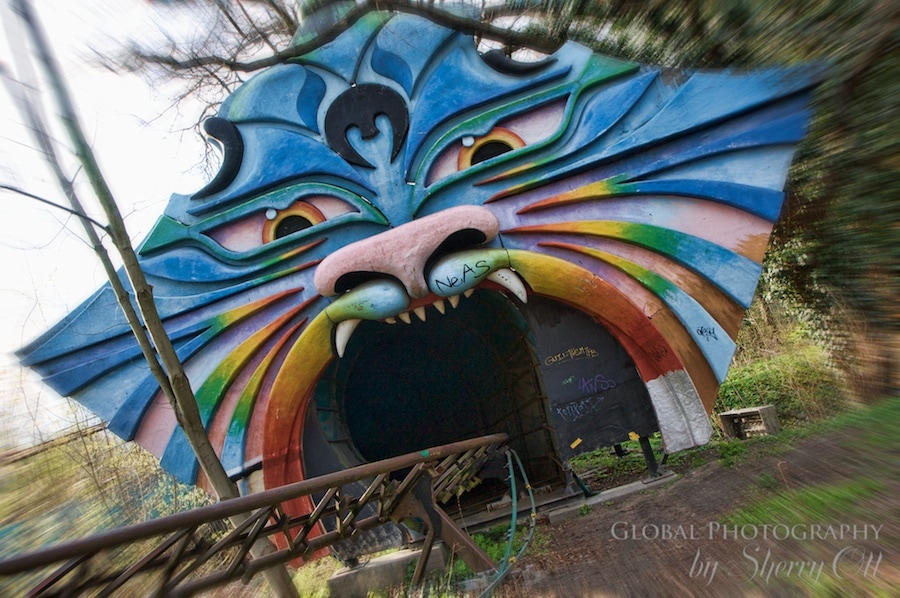 A bit of color in a drab environment 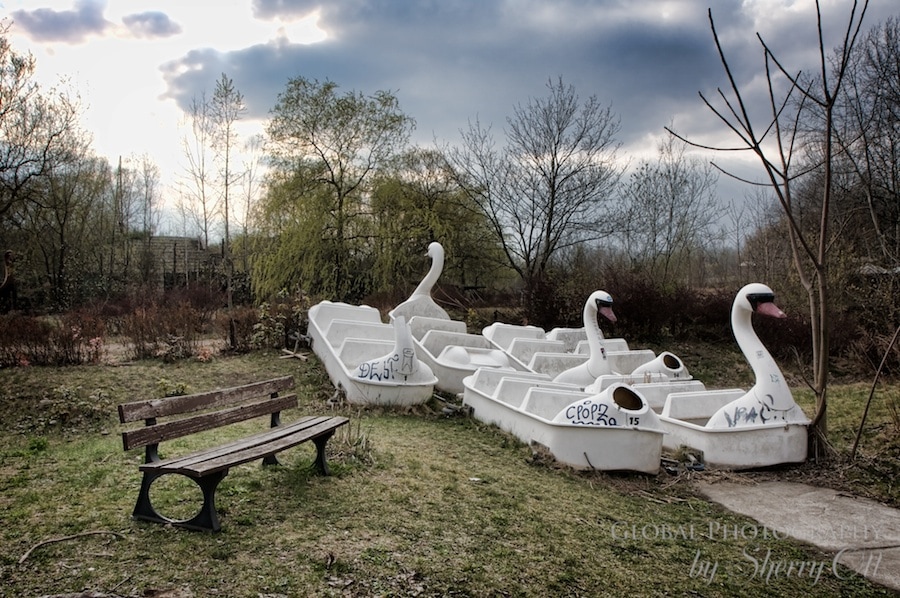 Swans with nowhere to 'swim' 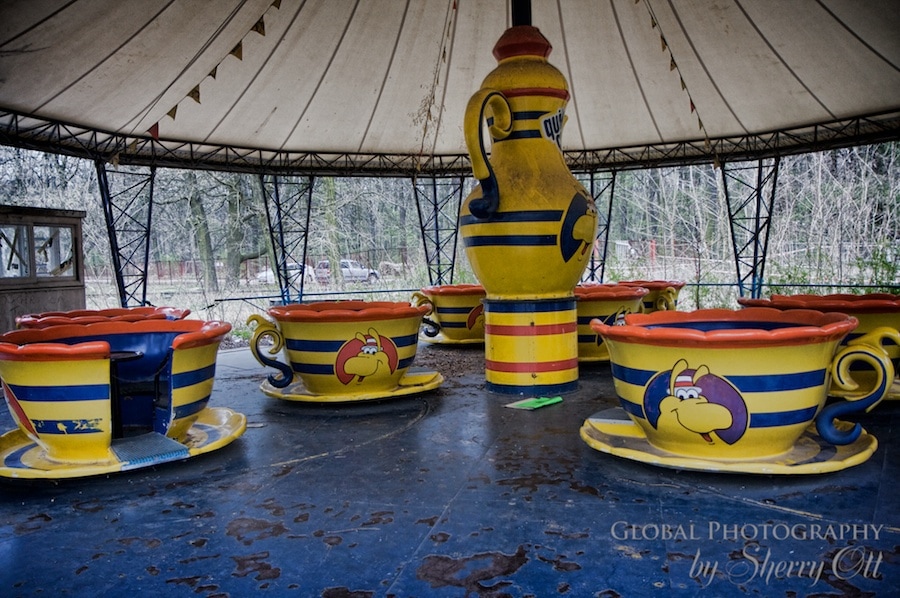 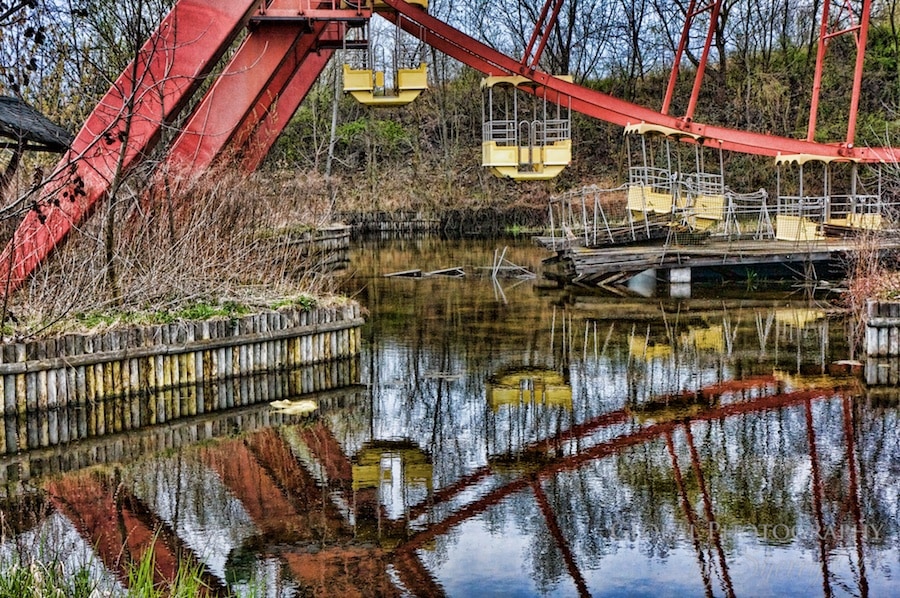 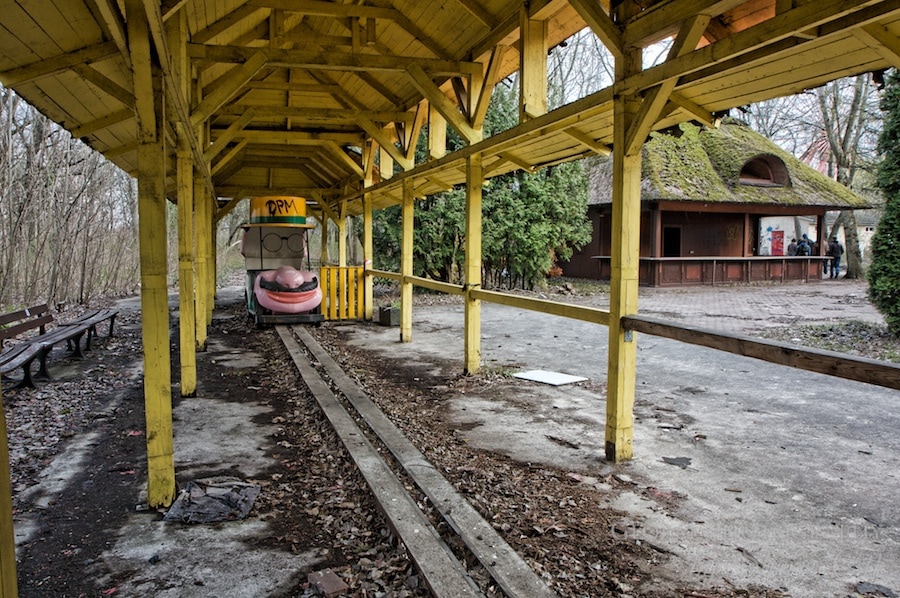 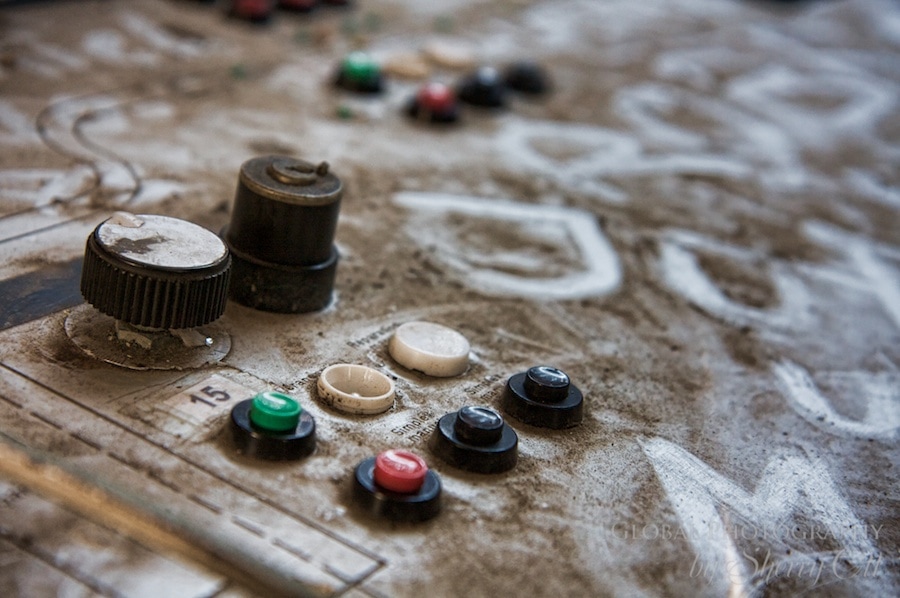 The control panel for the old log ride full of dirt 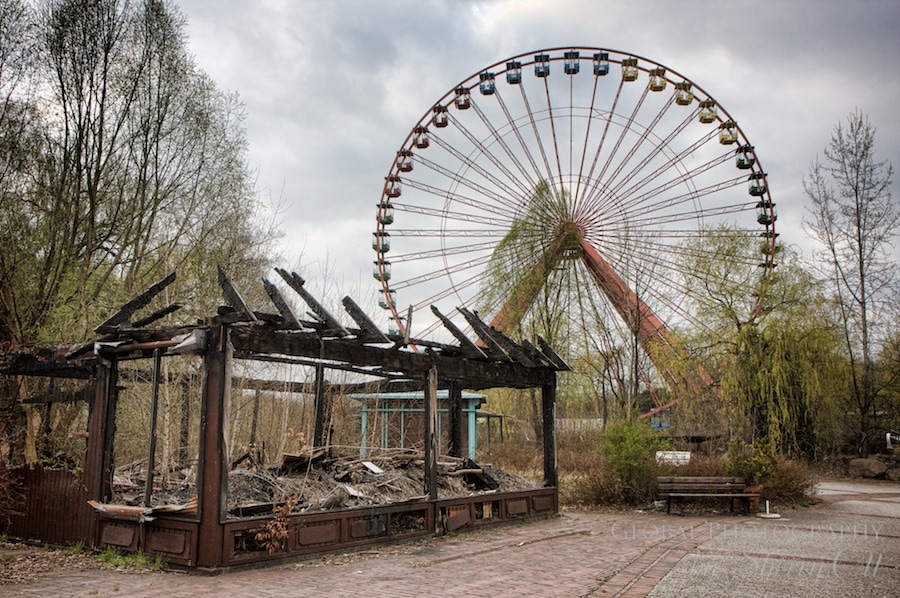 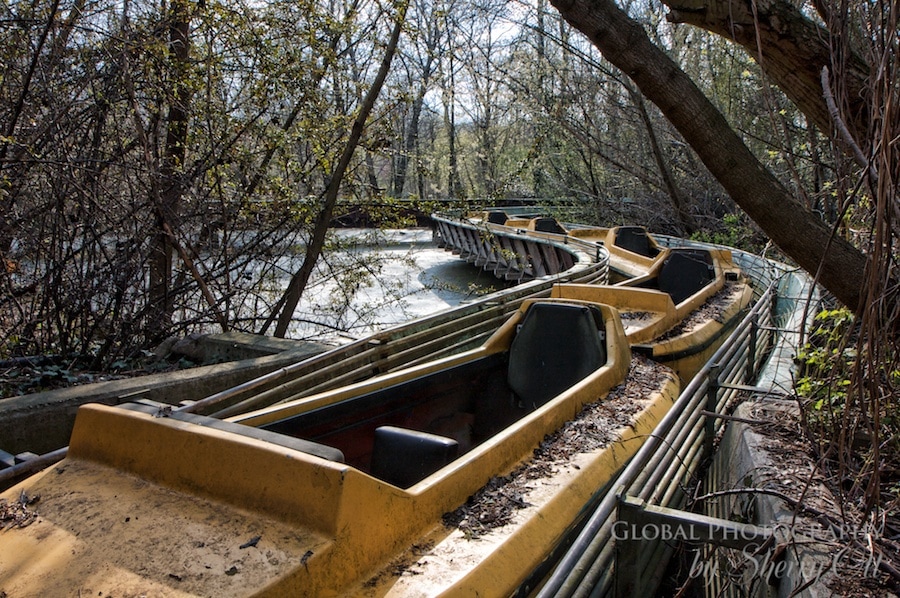 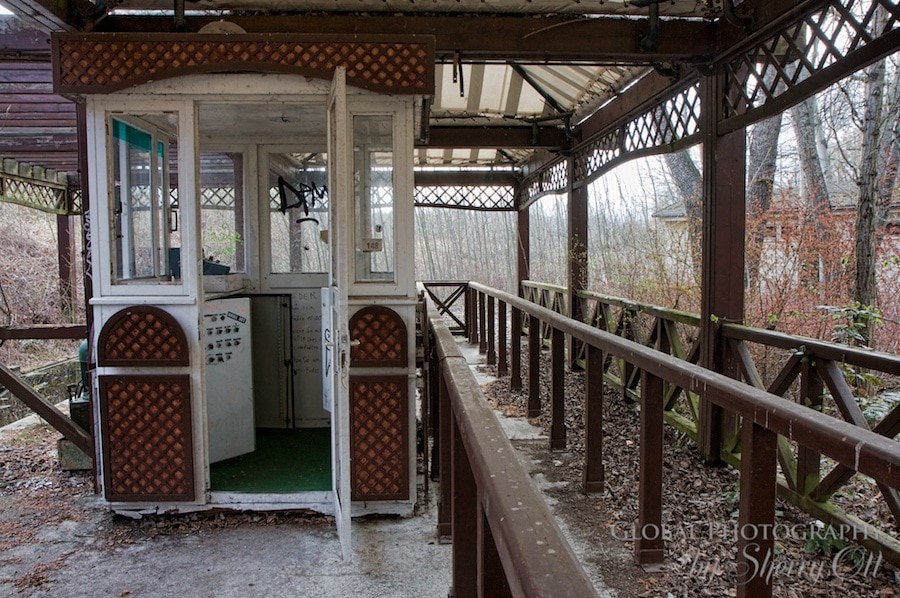 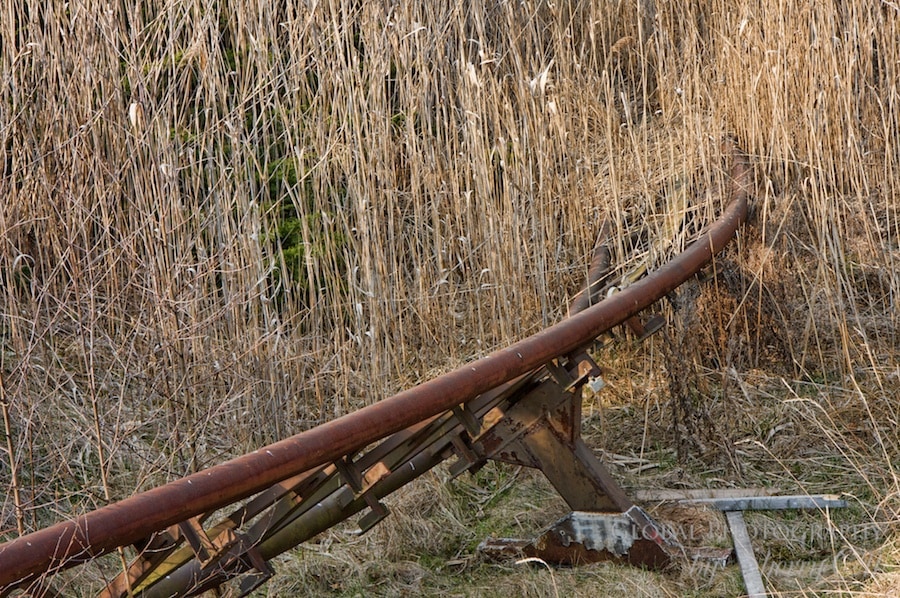 The tracks camouflaged by grasses 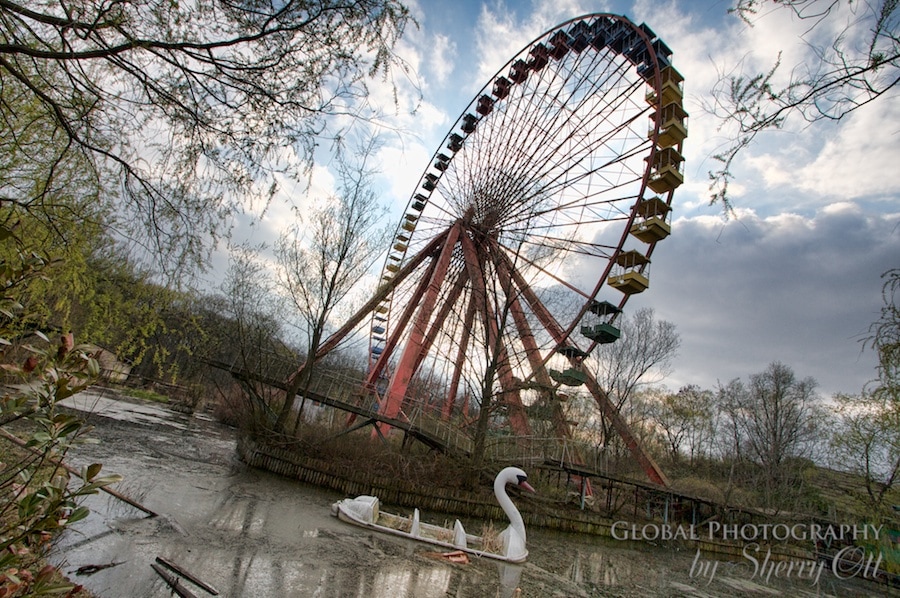 View all of my Spreepark Photography

Tour information (only in German) – www.berliner-spreepark.de/ – Tours are given mainly on the weekends. if you want to go on a tour, contact them as he does know a little English and you can at least book yourself into a tour and get access for photography even if you donât understand the stories.
Facebook Page
Twitter Account – http://www.twitter.com/spreepark
The story ofÂ  The Downfall of a Funfair Family

Disclosure: Thanks to Oh Berlin apartment rental and Go with Oh for hosting me on this great tour.Â  However, all of the opinions expressed here are my own â as you know how I love to speak my mind!