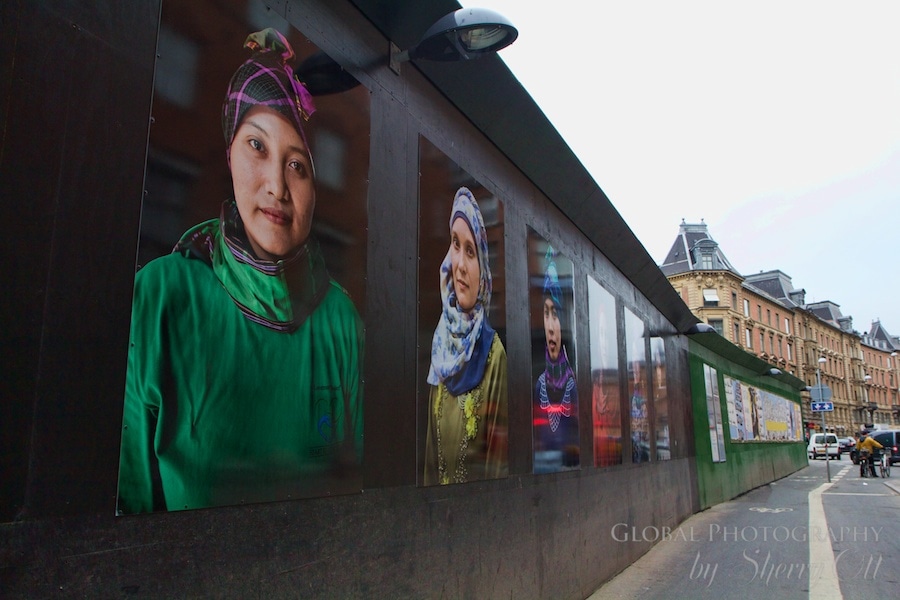 An open air exhibition in the most unusual of places

I felt as if the whole city of Copenhagen was under construction. All of the beautiful squares and plazas were not only torn up, but they were dusty, and loud. The sounds of equipment was in the air as I tried to visit many of the famous buildings and squares around town.

The city is expanding their subway system and adding a new circle line around the center of the city. This is a huge project that will take years to complete. In the end they will be better off or course â but currently Copenhagen has a few growing pains to get through.

However I love it when people can turn a negative into a positive â and Copenhagen has done just that. Even though the construction is ugly, loud, and never ending â they have decided to use the walls that surround the construction sites as open air galleries called âCool Constructionâ. The project was launched by Metroselskabet in an attempt to make construction site fences a positive part of urban life through temporary projects designed for their local environment.

âThe fences we use for art and other good stuff to make a better city while we are building,â says a sign in flashy red written on the green construction wall.

As I walked through the city tourist spots, I was mesmerized by some of the construction art exhibits on display.

I thought is was a fabulous urban planning idea to use the space for arts instead of letting it get plastered with flyers and advertisements.

And of course I took a few photos of my favorites. 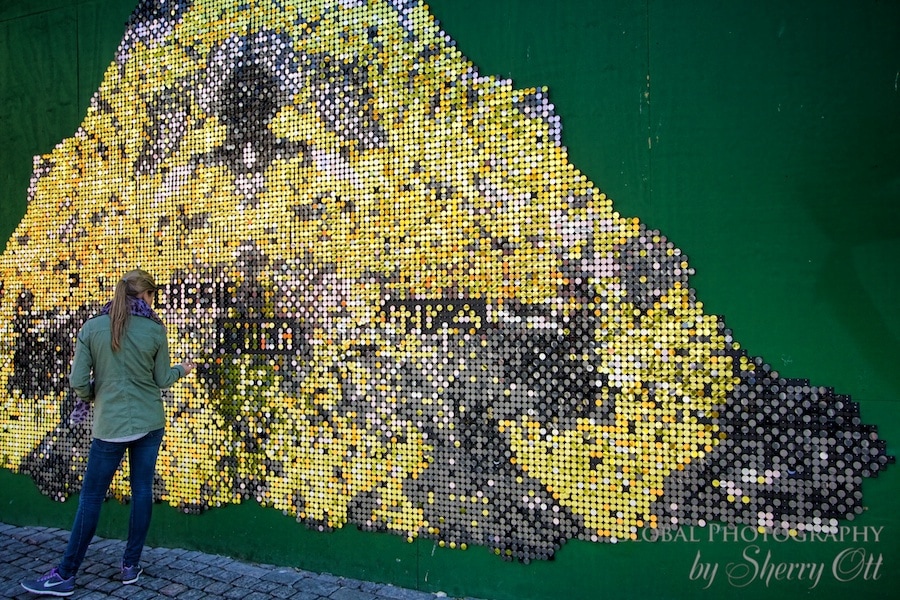 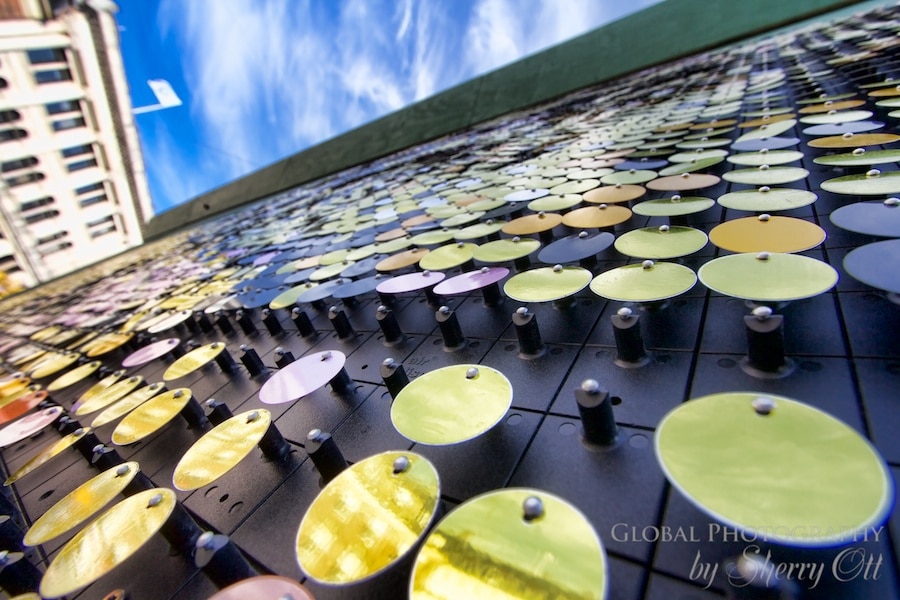 The wind exhibit up close 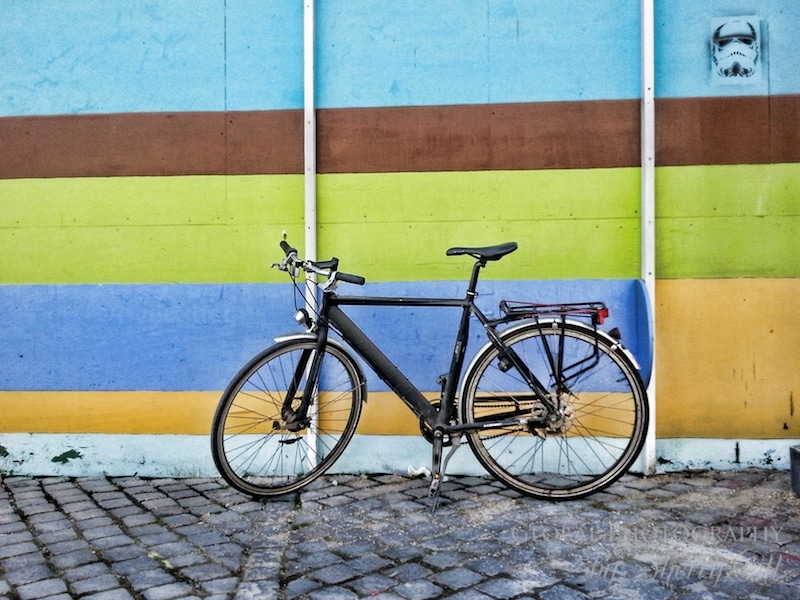 A bike is parked in front of a brightly painted construction wall – part of the open air exhibit.

How did the hijab become such a symbol of Denmark, that it sometimes even keeps us from communicating with each other? The photos explore the cultural and historical relationship of head scarfs from the Danish island of Fanoe and Indonesian Island of Java. From the tiny island of Fanoe in Denmark, sailors went to the other side of the world and brought back scarfs (hijabs) as gifts for the women of Fanoe. These scarfs, from a much different culture, became a staple in the daily wear, and the exotic scarfs became an integrated part of Danish culture.

What happens if we take a scarf that carries both cultures in it and we switch? The constructions walls display photography of Indonesian women wear ing the Fanoe head scarf with different patterns and Danish women wearing traditional hijab styles. 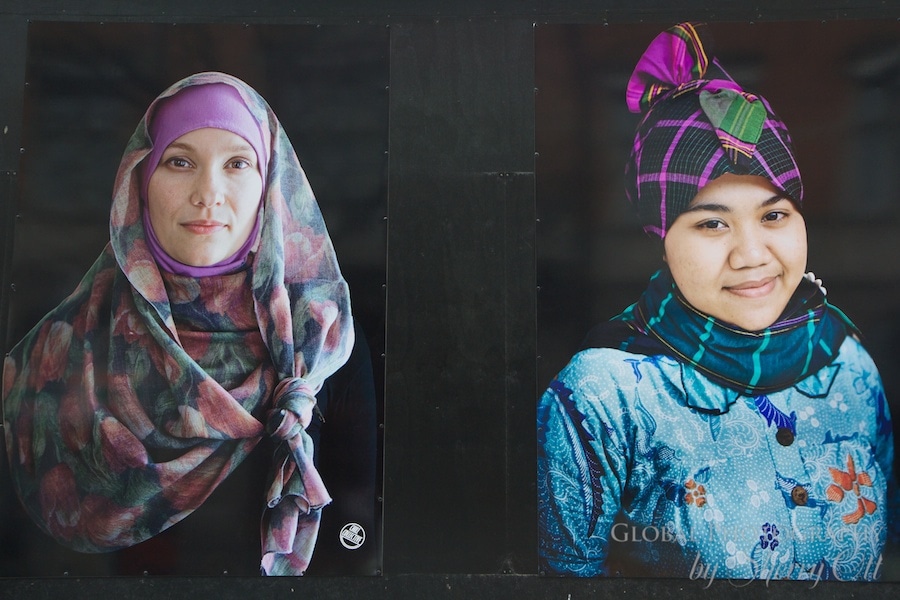 A Scarf is a Scarf exhibition next to Copenhagen City Hall 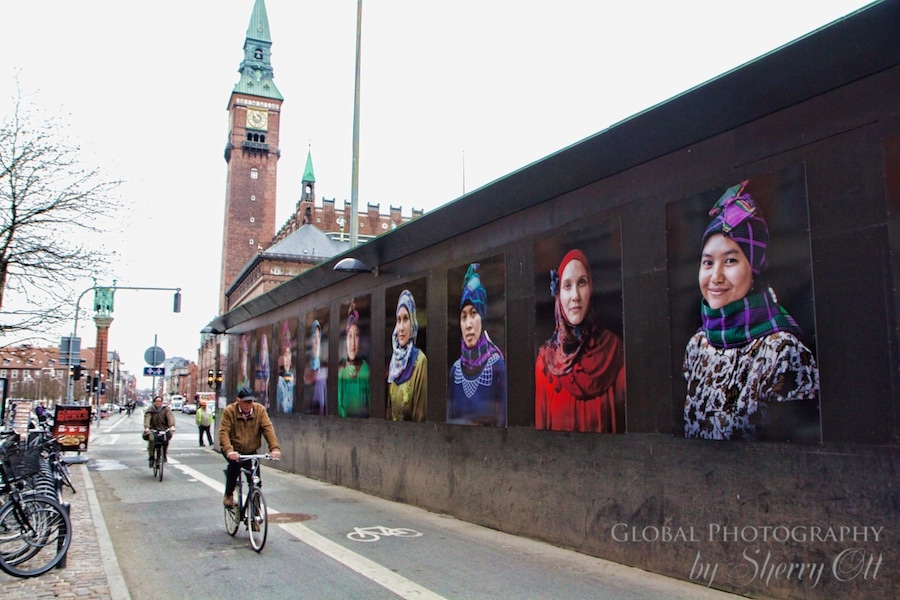 Bikers and pedestrians pass by the exhibit daily in this high traffic area in Copenhagen.

Where else have you seen construction art in the world?

8 Responses to "Turning Construction into Art"