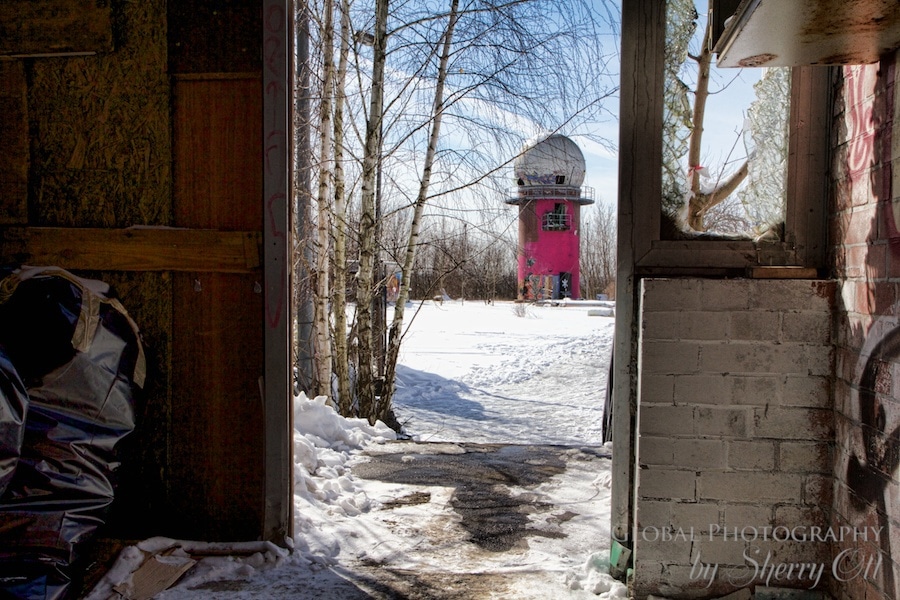 A listening station during the Cold War

The simple 3 letter word – spy – always conjures up adventurous stories. imagination, and occasionally a martini and a bikini.Â  While in Berlin, I was able to turn my imagination into reality when I went to go visit the famous spy station Teufelsberg at one of the highest points in Berlin.Â  The high point is actually man made – and the name translates into Devil’s Mountain and the mountain is created from landfill and trash.Â  But it doesn’t matter how it got there – the important thing is that it served a purpose…and that purpose was spying on Berlin Cold War enemies.

Teufelsberg was occupied by the US and the BritishÂ  during the Cold War and served as a listening station.Â  Consider this hill and these abandoned structures one giant hearing aid.Â  It was used for listening to Soviet, East German, and other Warsaw Pact nations’ military traffic.

Now of course you can get a tour of the abandoned windowless structures on the weekends for a cost of $20USD and hear all of the spy stories.Â  Hopefully you’ll go there on a day that isn’t blustery cold like we did!Â  When it’s nice out – it’s provides one of the nicest views of Berlin and the surrounding lakes. 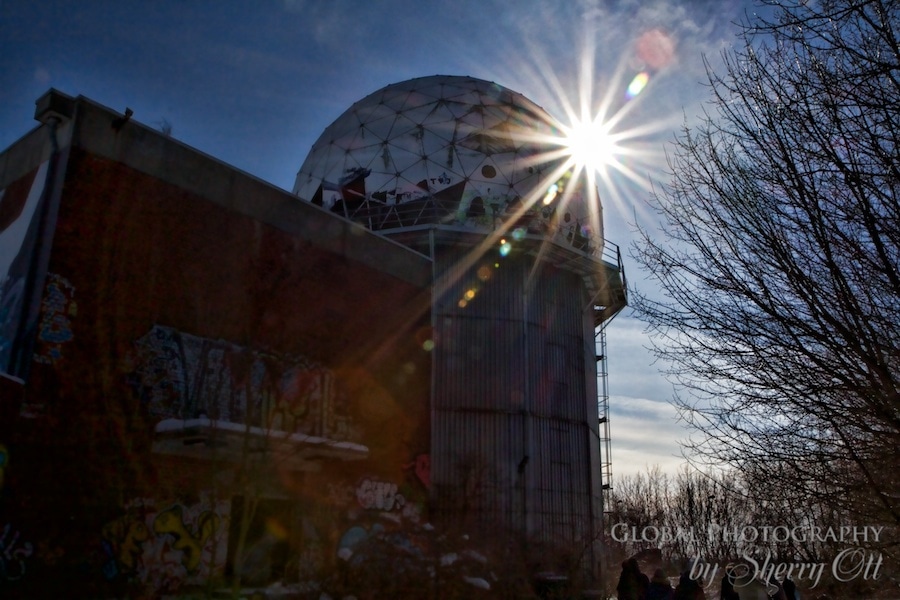 The bright sun shines through the listening station on a very cold day in Berlin. 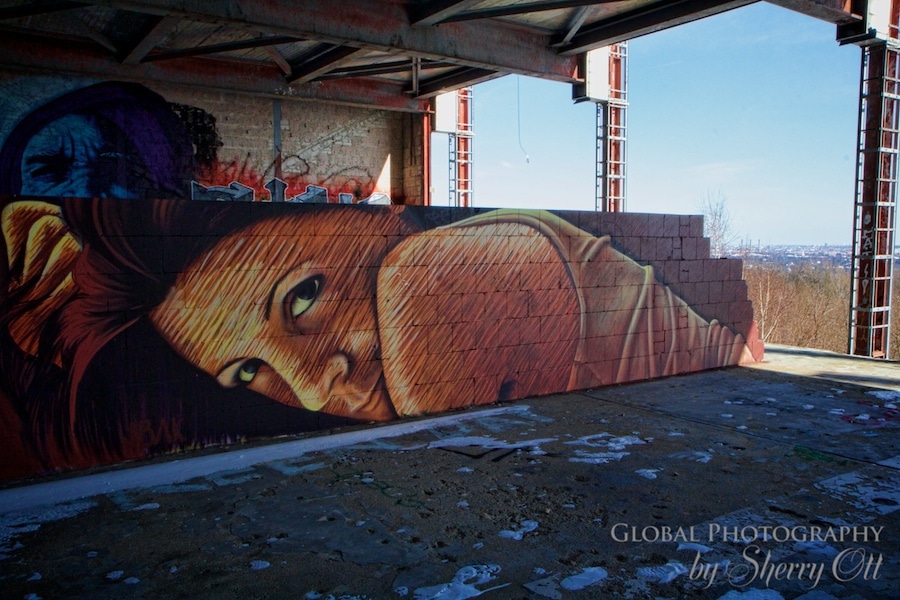 Where there is no one – there is always graffiti in Berlin. Loved this image. 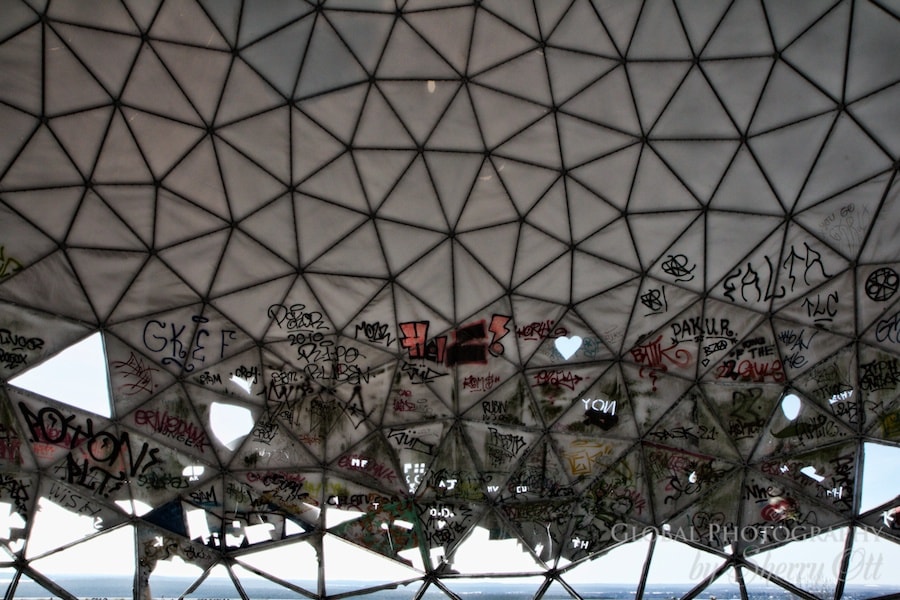 Ripped listening station structure from the inside 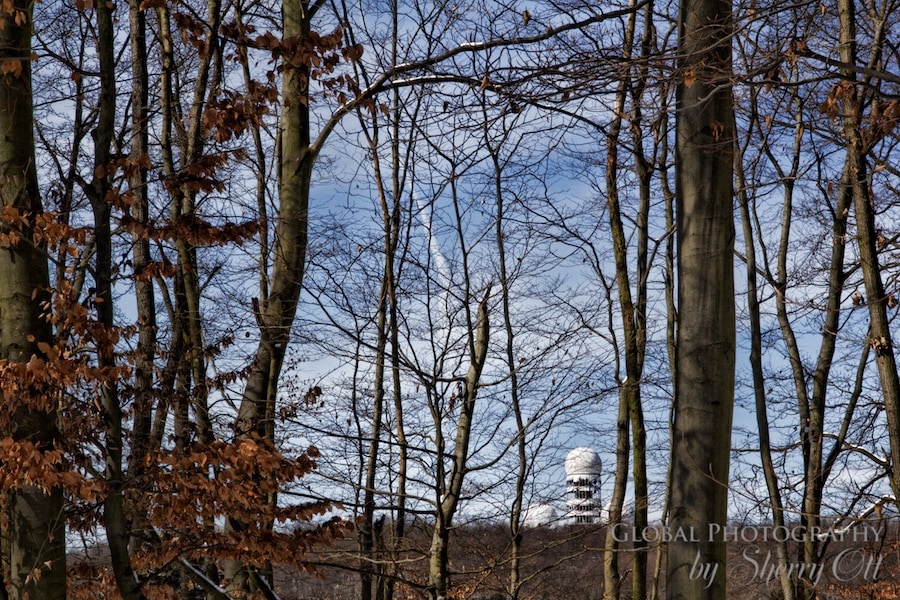 To get to the abandoned station – you get to walk through some lovely wooded areas. 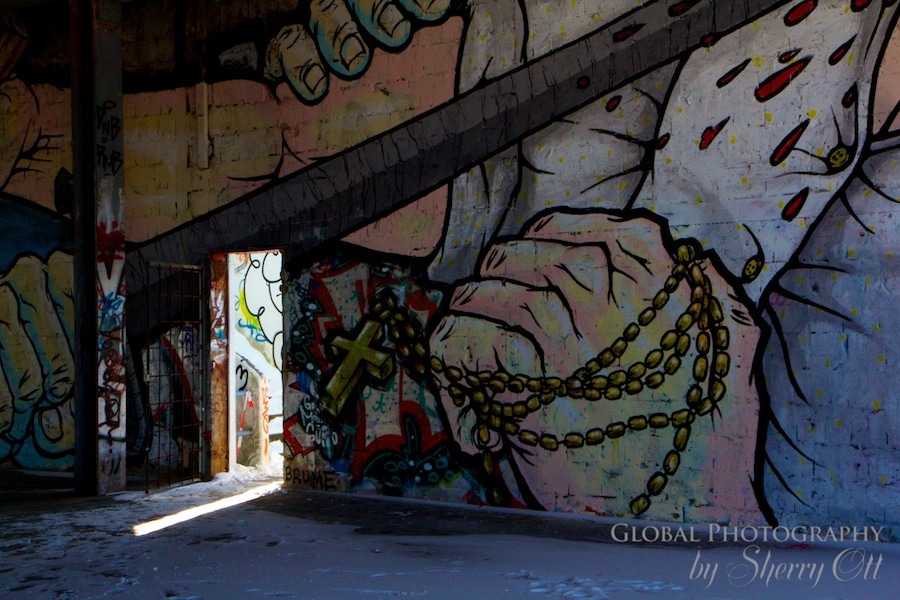 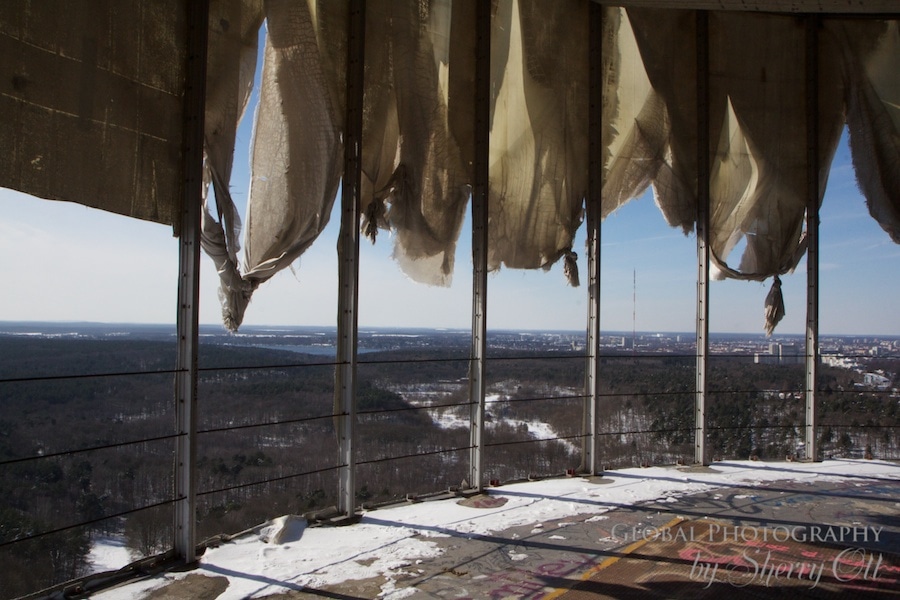 A view of Berlin

Website:Â  www.berlinsightout.de/englisch.htm
Tours are possible every Saturday and Sunday at 12:30 pm.Â  If there aren’t enough English guests,the guide speaks German, but may answer your questions in English between the stops.

During my stay in Berlin I was a guest of Go with Oh who furnished my apartment in Friedrichshain.Â  I was also a guest of Berlin Sight Out of this Teufelsberg tour.Â  However all of the opinions expressed here are my own.